A by-the-numbers look at my 2014 movie viewing year 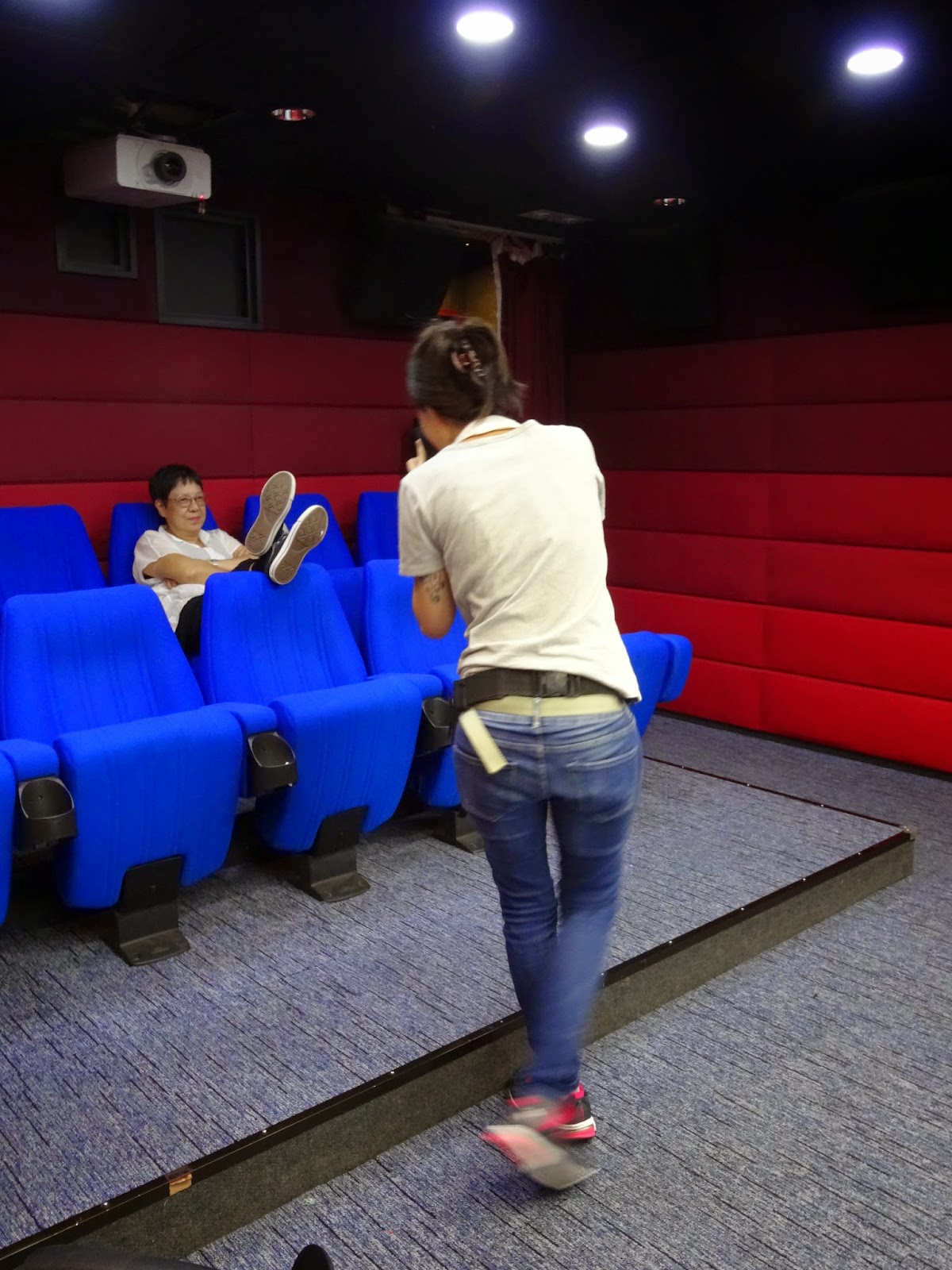 Hong Kong filmmaking doyen Ann Hui On Wah,
one of whose films I viewed in 2013,
at ease during a photography session :) 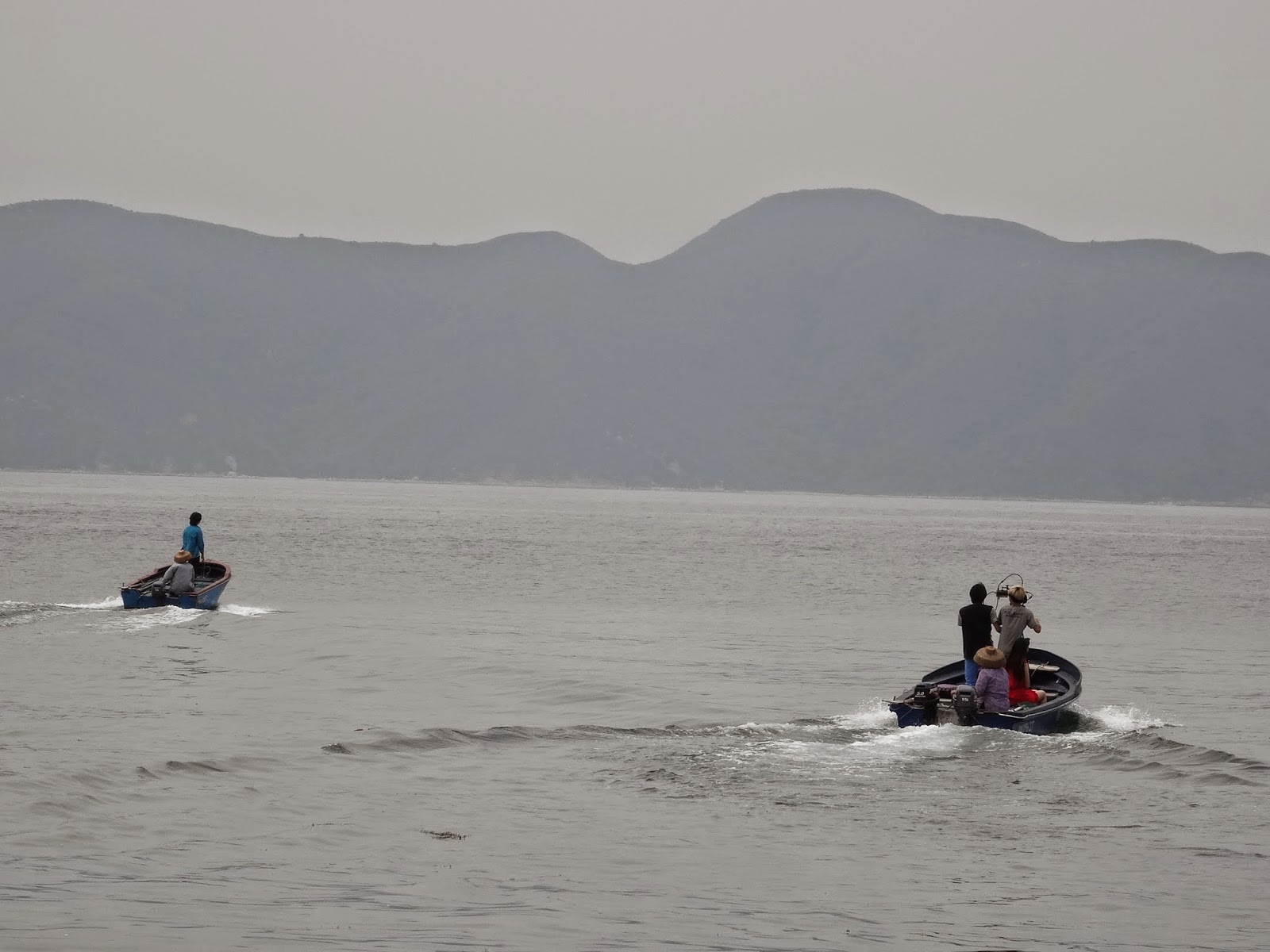 Filming taking place in the waters off Tap Mun on Easter Sunday
last year -- for a film that I don't think I've seen yet!

1 -- The number of films starring my favorite actress of all time, the now 60-year-old Brigitte Lin Ching-Hsia, that I saw on a big screen in 2014 (and for the record, it was the wonderful Dragon Inn (1992), which I recently found out is better known in Hong Kong as New Dragon Gate Inn)

25 -- The number of non-documentary features I viewed for the first time in 2014 that were bio-pics, featured real-life characters and/or based on real life events (including Belle (Britain, 2013), Amma Asante's costume drama about Dido Elizabeth Belle; John Rabe (Germany-China-France, 2009), which tells the story of the man dubbed the Oskar Schindler of China; and Ann Hui's The Golden Era (Mainland China-Hong Kong, 2014), about 20th century Chinese novelist Xiao Hong)

30 -- The number of Japanese films I viewed for the first time in 2014 (including four directed by the great Yasujiro Ozu!)

33 -- The number of 2014 Hong Kong movies (including co-productions with Mainland China, etc.) that I viewed last year

47 -- The number of Hong Kong films (including co-productions with Mainland China, etc.) that I viewed for the first time in 2014

100+ -- The number of naked penises I saw on screen in Lars von Trier's Nymphomaniac (and probably that in Volume I alone!)! :O

1938 -- The original year of release of Scenes of Ya'nan (aka On the Northwest Line), Lam Tsong and Tsui Tin Cheung's documentary short that's the oldest Hong Kong film I viewed in 2014

1941 -- The original year of release of Mikio Naruse's Hideko, the Bus Conductor, starring Hideko Takamine -- the oldest non-Hong Kong movie I viewed in 2014
Posted by YTSL at 11:59 PM

I can't even remember when I went to the cinema last time ! So my knowledges about movies are very limited !

I just got back from the Hong Kong Film Archive, where I saw my first film of 2015... and my film viewing schedule for next week scares even me! ;b

wow that's a really intensive media consumption! also, lol re naked penis haha. So basically it goes to almost one film/documentary per day, every day, for the whole year!

Yes, it is -- and especially since I also spend so much time in front of computers, I think that when viewed in this context, you can understand better why I don't want a smart phone or tablet, etc.!

Glad you found the naked penis reference amusing. But no, it's not (yet?!) one film (including documentary ones) a day -- though I also have been known to view more than one film in a day... ;b