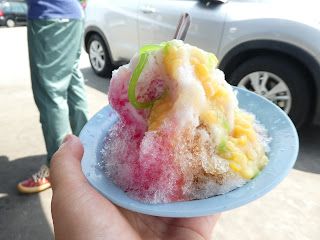 Something I must have whenever I'm back in Penang
(and whose appearance in Crazy Rich Asians got me teary-eyed!) 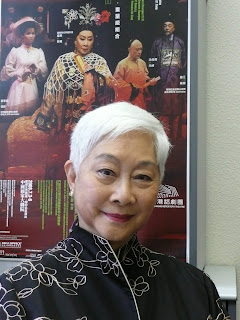 A lovely lady I had the pleasure of
meeting 10 years ago :)


Crazy Rich Asians, the Hollywood romantic comedy that was number one at the American box office last weekend, opened in Hong Kong cinemas today.  The cultural discussions about, and revolving around, the first Hollywood movie to have a predominantly Asian cast since The Joy Luck Club 25 years ago, got me interested in checking it out even while my sense was that the film's target audience was probably out in the West rather than the East.

So off I went this morning to a screening of the movie, hoping that I would be able to like it even while preparing myself for the distinct possibility that I would not do so.   Happily, I found myself warming to it pretty early on.  Still, I didn't expect that the film would actually cause me to tear up at times even while also laughing out loud at jokes geared towards a general audience but also moments which require such as the knowledge of the Hokkien language to appreciate!

Among the weirdest things about viewing Crazy Rich Asians for me is that I found myself teary eyed over the depiction of food in the movie!  In all honesty, I can't quite explain why the sight in the film of people enjoying ais kacang, satay and chili crab, tables laden with goodies such as Nyonya kuih, and durians galore in a quick cut-away shot impacted me in this way, and so much. Perhaps it's to do with my realizing that my culture (passing for Singaporean or -- okay, I'll be generous! -- shared with Singaporeans) was being beautifully represented in a Hollywood movie being shown on big screens all over the world.  Or maybe it just got me thinking of home.  In any event, it came across as a good thing.

Also unexpected, and wonderfully heartwarming to my mind , was the Crazy Rich Asians soundtrack including songs that weren't only in non-English languages but were sung by the likes of Grace Chang (aka the Mambo Girl!), Teresa Teng (whose The Moon Represents My Heart is the unofficial anthem for the Overseas Chinese) and Sally Yeh (one of the three female stars of my favorite movie of all time).  More than incidentally, I found it interesting that, like with a many Hong Kong movie, the lyrics of the Cantonese- and Mandarin-language songs that play in the film aren't subtitled in English; and neither was a certain naughty Hokkien phrase that got me laughing out loud -- and because I was in all probability the only person in the cinema who understood it -- all on my own!

Like many a Hong Kong movie I enjoy, I found that Crazy Rich Asians rewards you for your cultural knowledge of its millieu by letting you appreciate it on a number of levels.  On an Asian film fan note: I enjoyed watching Michelle Yeoh -- who led me into the amazing world of Hong Kong cinema all those years ago -- playing the mother of the main male character (who, incidentally, is portrayed by an actor with a a shared Malaysian background).  Last but not least, it really was a treat to see the truly legendary Lisa Lu Yan, whose screen credits include The Joy Luck Club along with Bernardo Bertolucci's The Last Emperor, Li Han Hsiang's The Empress Dowager and The Last Tempest, and Cecille Tong Shu Wen's The Arch, gracing yet another movie with her presence!
Posted by YTSL at 11:59 PM

Nice post, YTSL! Hopefully the success of CRA will lead to more opportunities for Asian actors in Hollywood! (P.S. I'm going to send you an email regarding another matter...)

Thanks! Have you seen the movie? If so, care to share your thoughts on it? :b

No, I haven't had a chance to see the film yet! But will try to catch it soon since you recommend it! : )

I hope you'll enjoy your viewing of the movie. It's not perfect but I think it's got lots of interesting elements -- and it's been a while since I last saw a movie (especially a romantic comedy at that!) get people talking so much, and in so many interesting ways!