Years ago at boarding school in England, one of the nicknames I had bestowed upon me was that of "The Culture Vulture".  But while it's true that I do continue to love cultural pursuits, I also do enjoy communing with nature -- and my ideal vacation would include both cultural and greener components.

So, as far as I was concerned, my September 2014 Japan vacation got off to a great start with the first day having been largely spent in Bitchu-Takahashi, a small provincial city located in Okayama Prefecture's mountainous interior with a lovely historical section, doing such as checking out cultural sights but also spending time in natural surroundings, and sometimes a mix of both as when doing such as sitting in a Zen Buddhist temple in the area and gazing out at its famous garden... :) 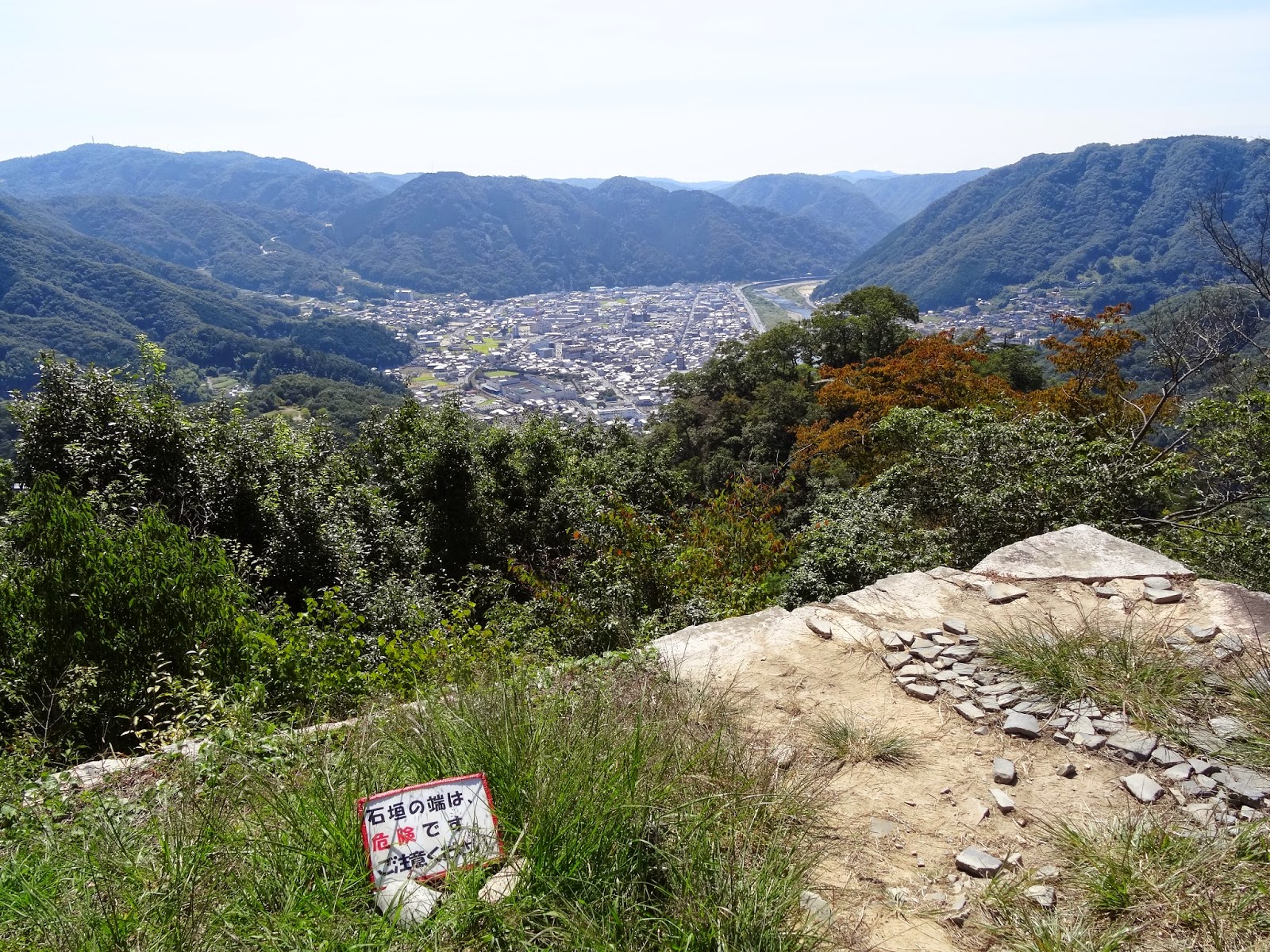 On the path up to Matsuyama Castle, one is treated to views
like this of Bitchu-Takahashi and the surrounding countryside 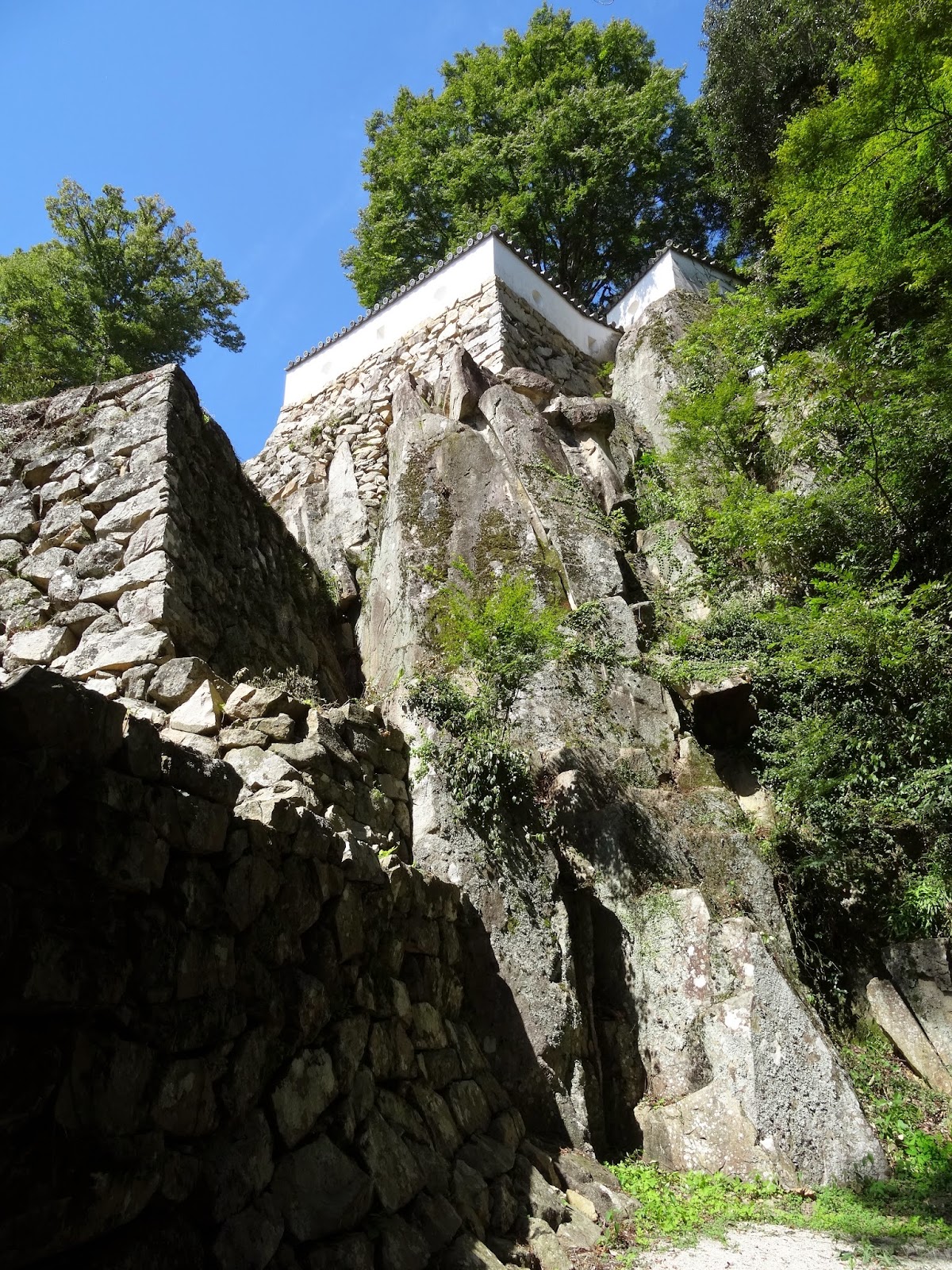 With multiple rugged walls like these, this mountaintop castle
was most definitely a defensive fortress first and foremost 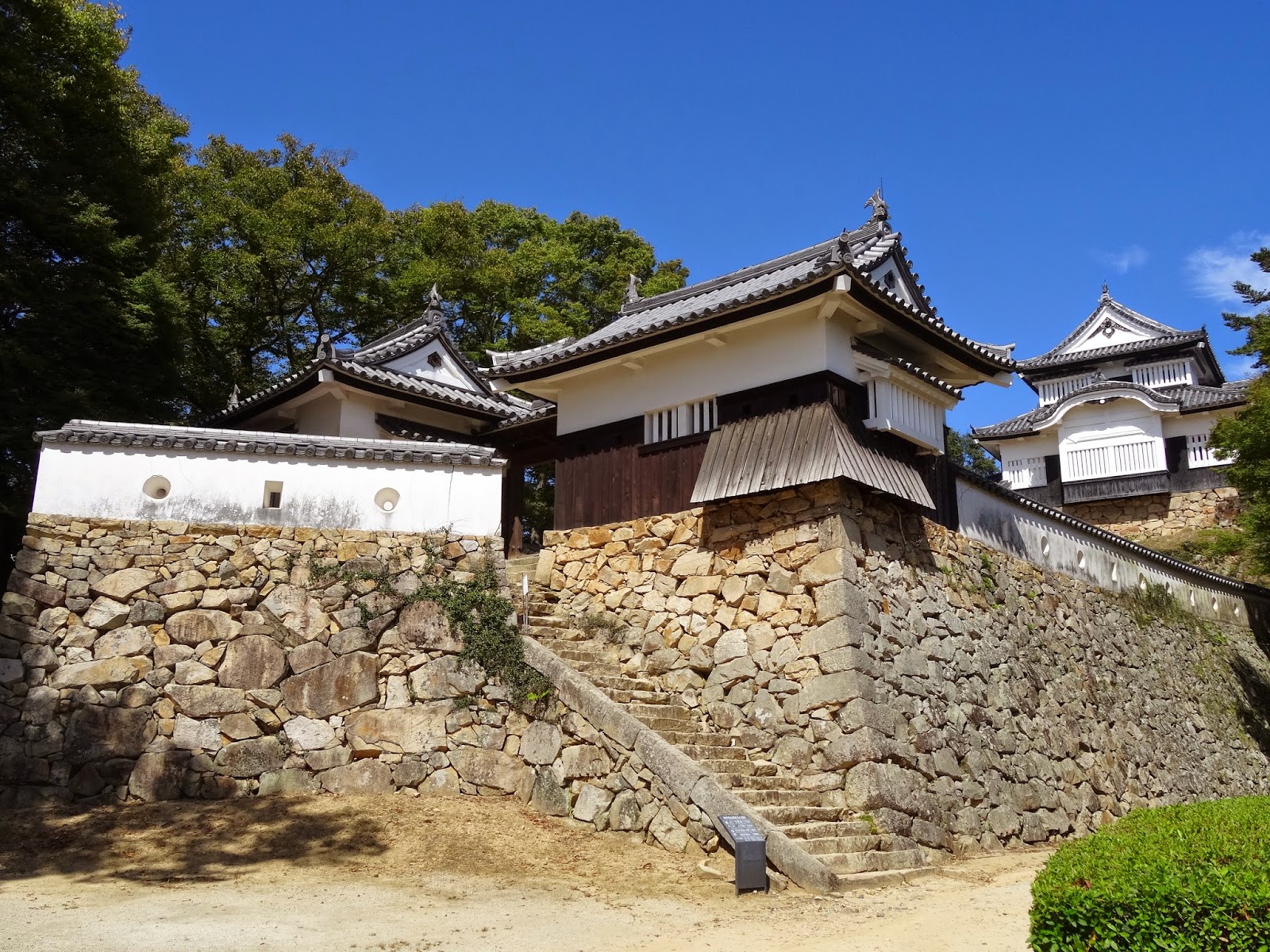 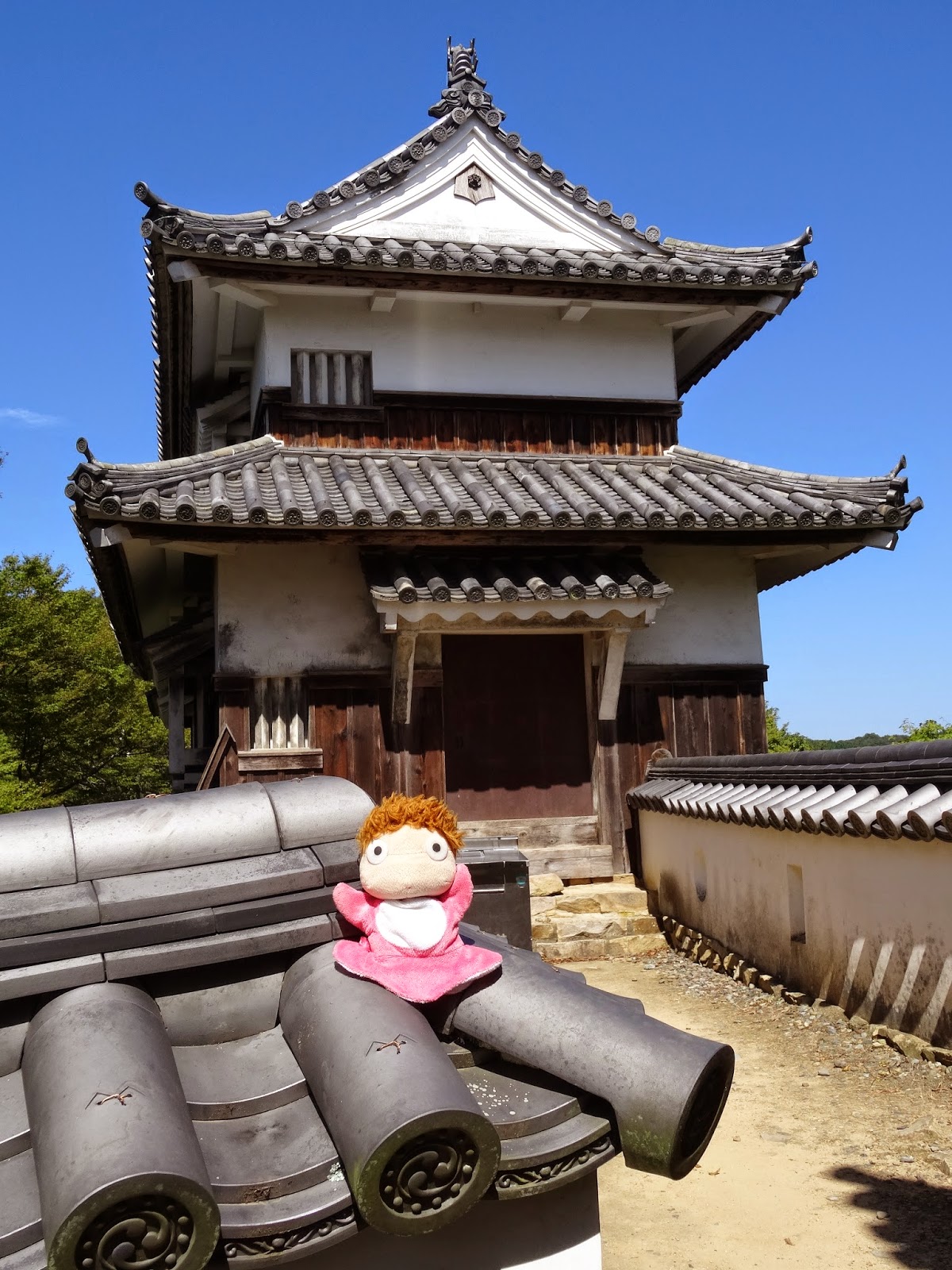 ...and Puppet Ponyo, for one, was happy enough to
have a photographic record of her having been to
this castle whose origins date back to the 13th century ;) 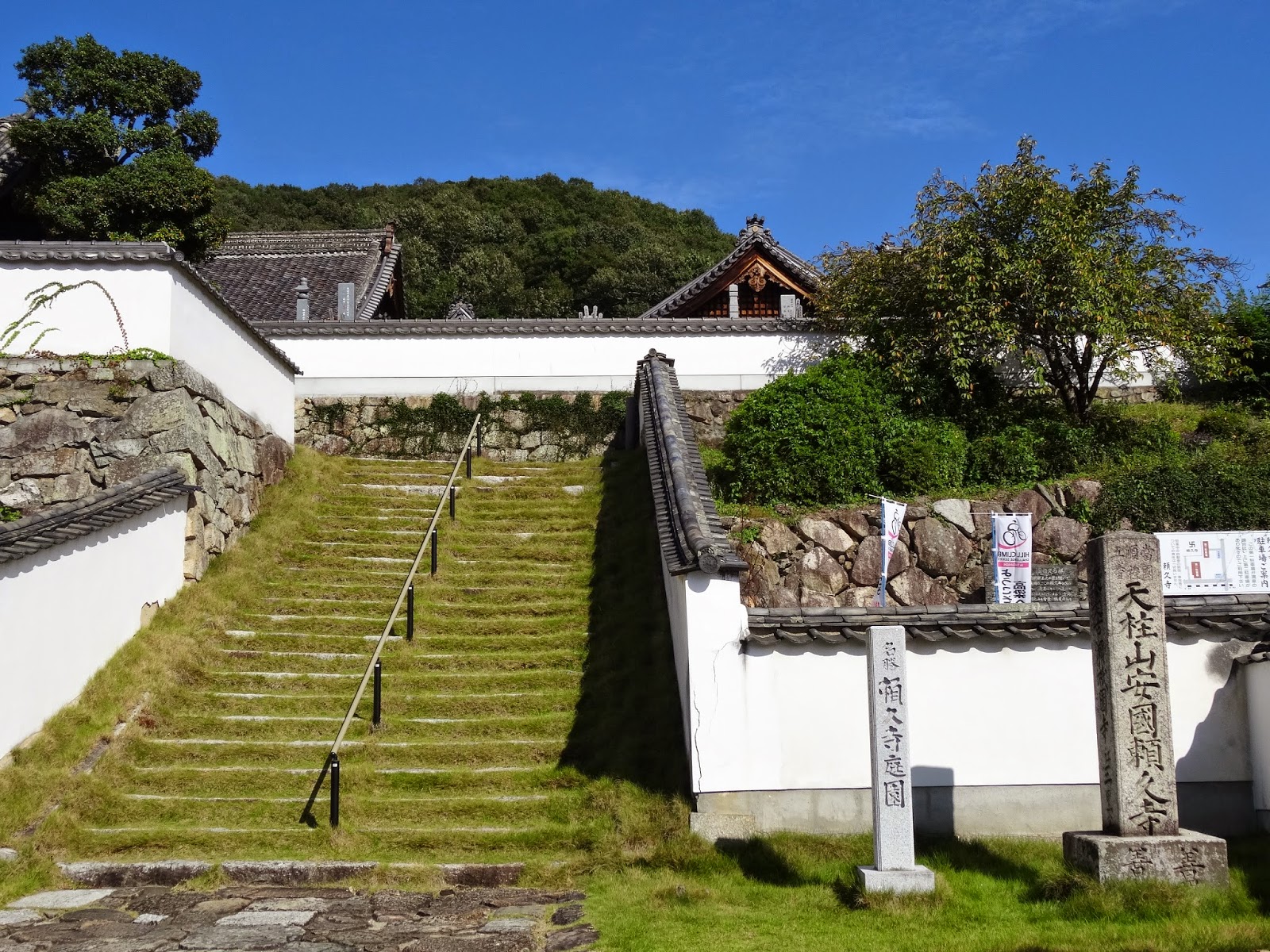 Bitchu-Takashi's second most famous cultural attraction
after Matsuyama Castle is one that can be easily overlooked,
not least because its entrance is on the understated side 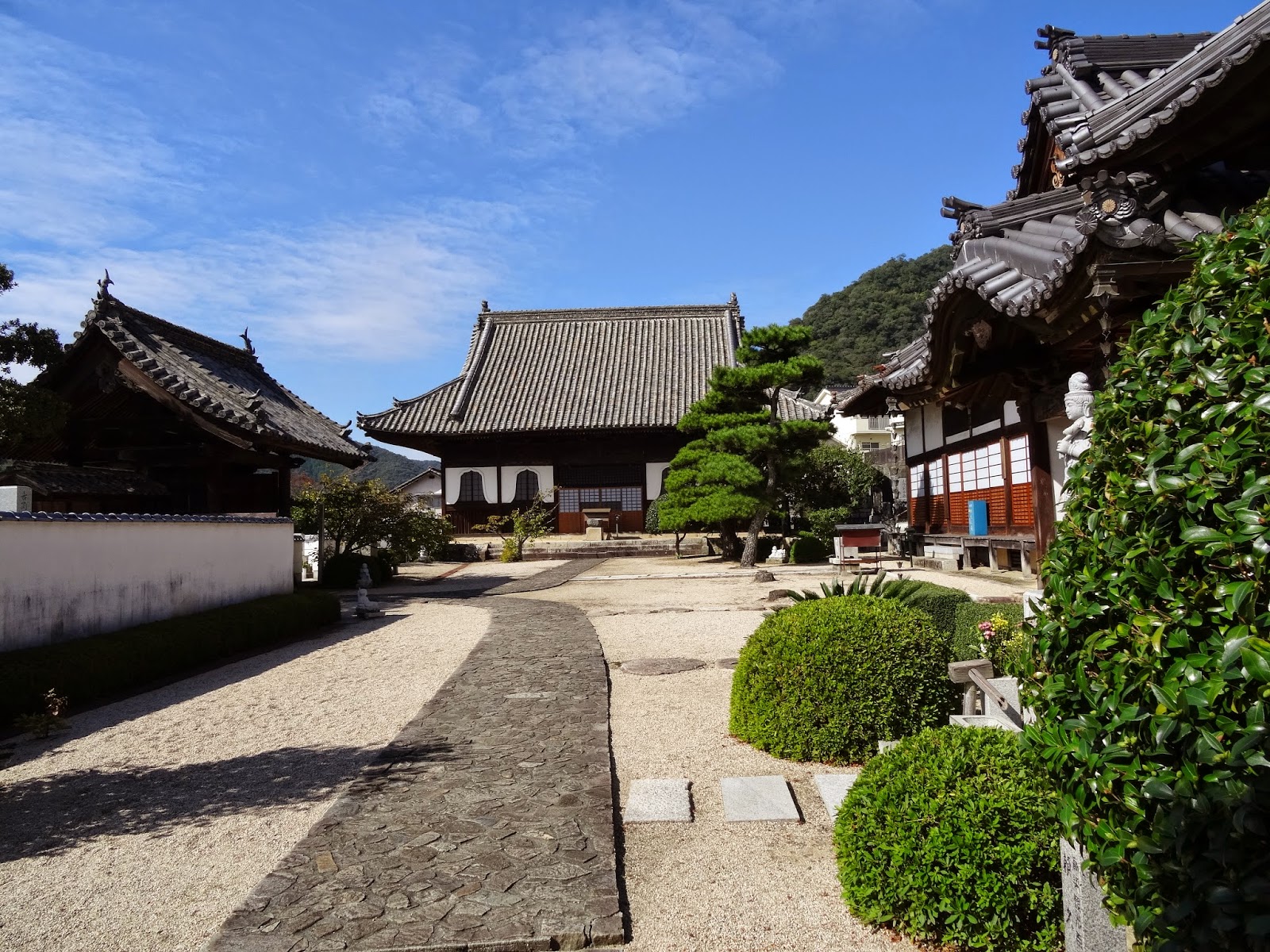 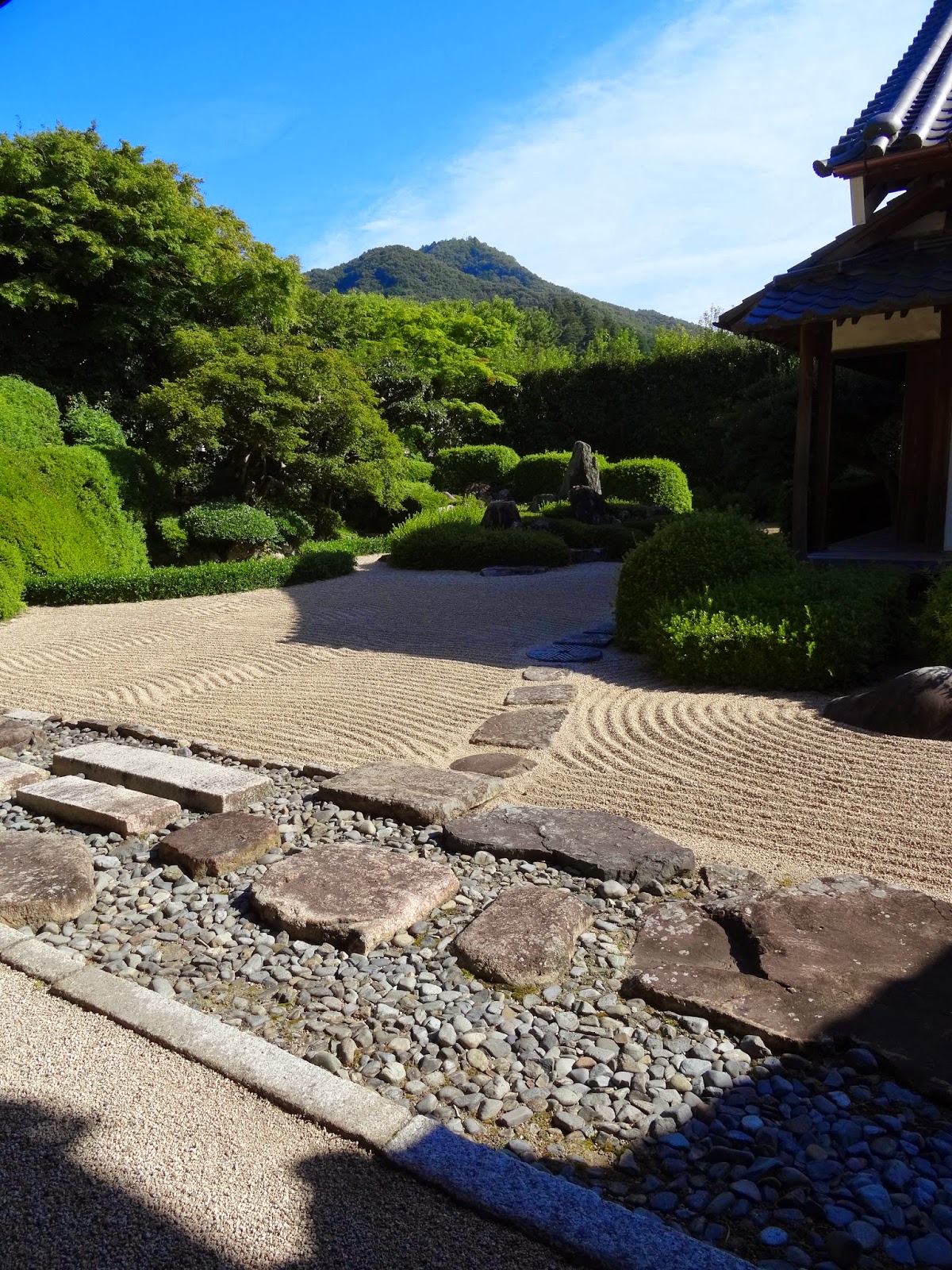 Enter one of those buildings though to see what is
considered to be the temple's gem: its dry landscape garden 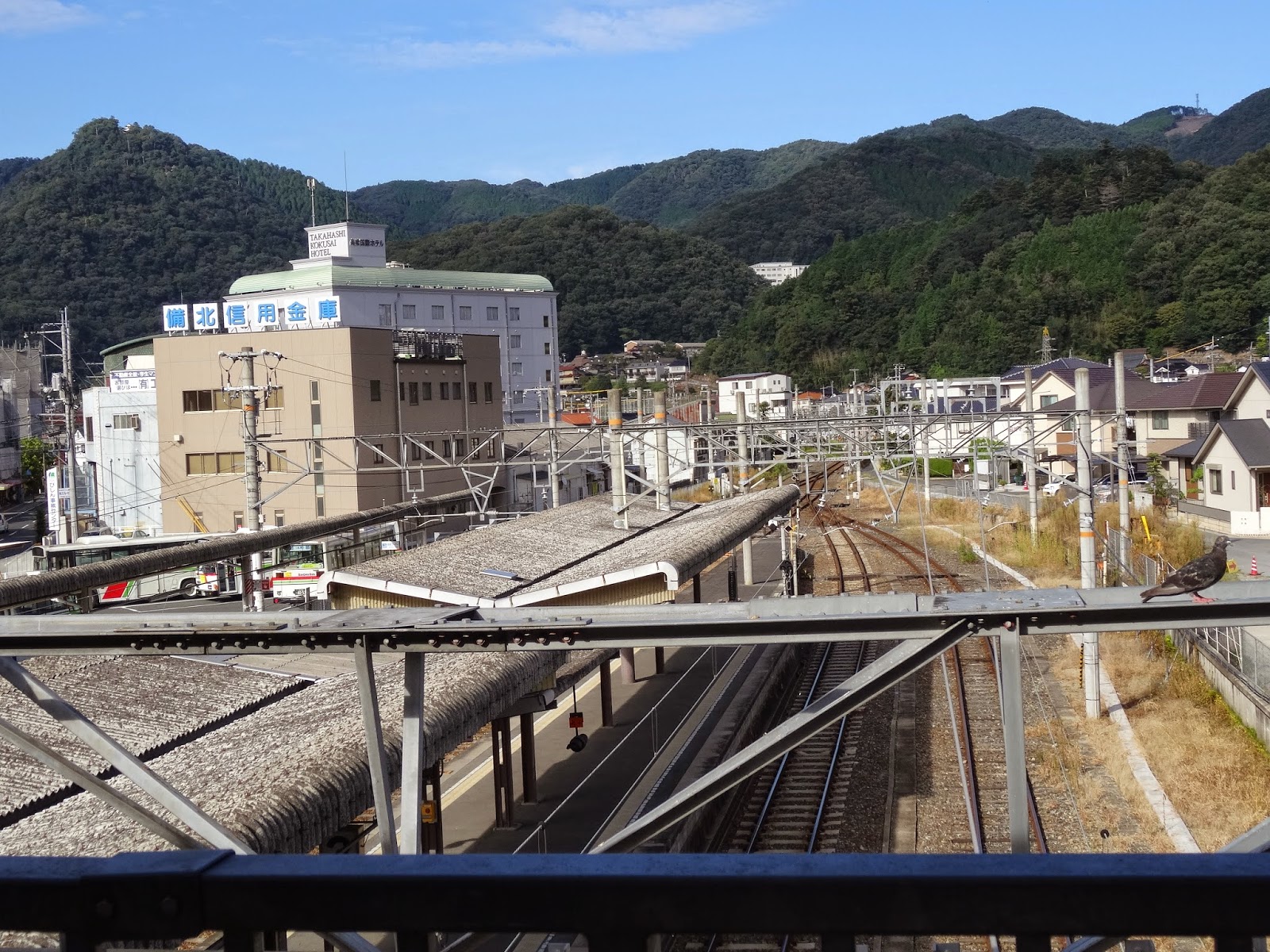 The last photo I took in Bitchu-Takahashi gives a good sense of
how far I walked that day -- from the castle atop Mount Gagyu
(click on the photo to enlarge it) all the way to its train station!
Posted by YTSL at 11:54 PM

This is very interesting. Reading it and looking at the photos made me actually want to try this hike.

Hehe, and if you're wondering, I got the nickname because I was more into going to classical music concerts and museums than many of my schoolmates! ;)

The hike up to the castle from where a bus or taxi deposits you should be easy enough for you. And strolling through Bitchu Takahashi is nice and enough too! :)

Mixing "culture and nature", as you say, is truly the best attitude to have when visiting other countries...I like the top photo of the view of Bitchu-Takakashi. The rocks on the foreground ledge (in my eyes) bear a resemblance to the concrete city below...I especially like the second photo from the bottom of the "dry landscape garden".

As regards you, Puppet Ponyo, I'm sure after being stored in a photo archive of a backlogged vacation, you were quite anxious to display your charming ability to enhance any photo. Well, rest assured that this is one of your very best poses in which you beam with the resonance of a Kami (a spirit in nature).

I'm really happy that I've managed to get into the countryside in Japan. All too often, I've found foreign cities far easier to access than rural areas.

Am glad you like my photos, including the one in this photo-essay featuring your friend Puppet Ponyo. :)

Seeing your pictures of Bitchu Matsuyama-jo again reminds me of the seasonality that makes sightseeing in Japan so interesting. We visited the castle in mid November, and much of the lush greenery in your photos was replaced with red koyo. And Raikyuji was perfectly manicured as usual.

I'd love to see red koyo on a visit to Bitchu-Takahashi but... I wonder: when you visited and did so, was the sky that beautifully blue and the sky as clear as appears in my photos??

No, the sky wasn't as blue and clear on my visit. It was raining quite hard the previous night when we stayed in Kurashiki, and on our morning hike to the castle it was slightly misty until we got all the way to the top. And even then it wasn't a brilliant sunny day.

I wouldn't fancy hiking down the mountain trail (like I did when I visited) if the weather was on misty and the track was on the damp side... The shared taxi sounds like the right thing to go for in those circumstances!