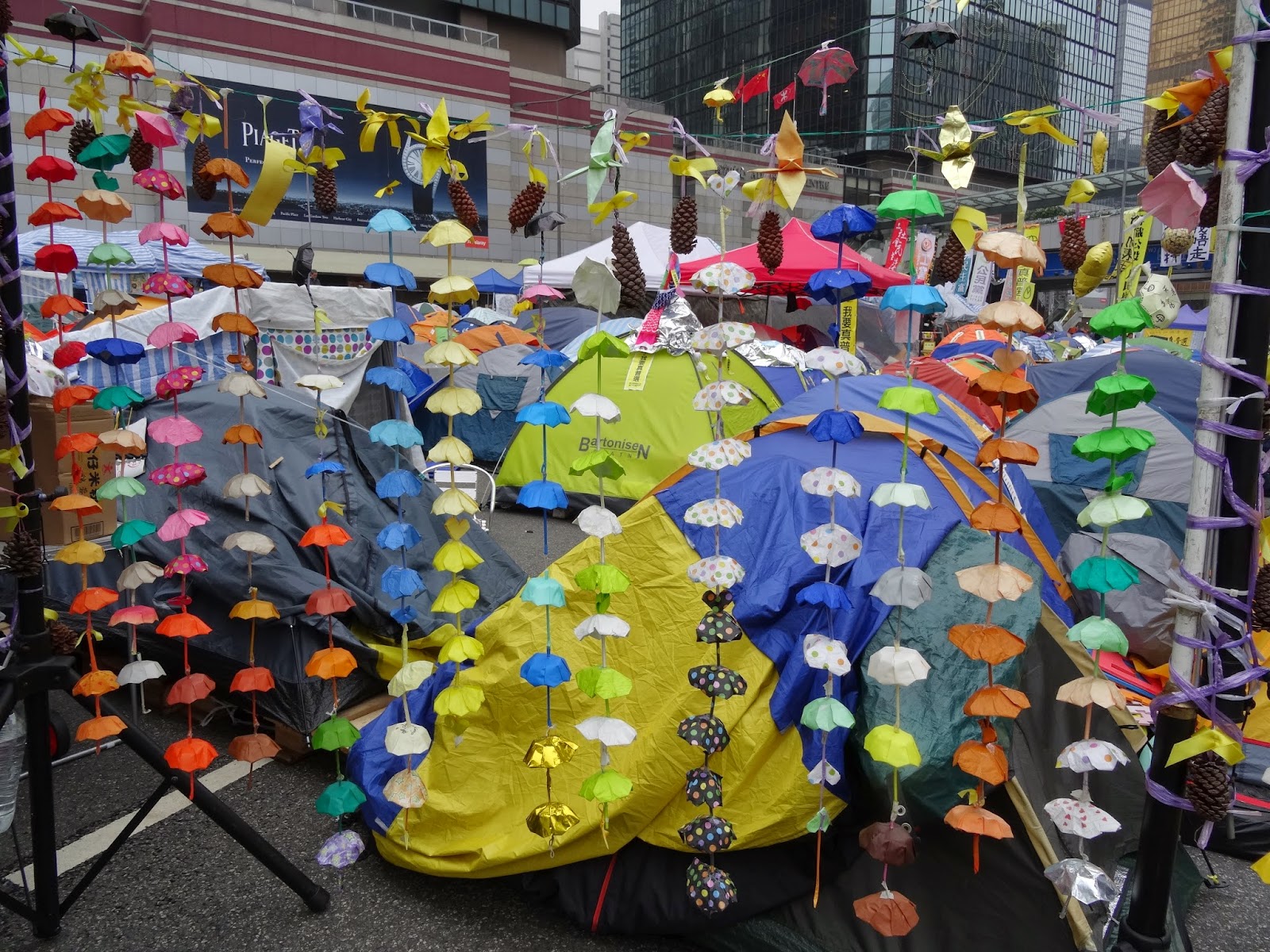 What my favorite song of 2014 is about 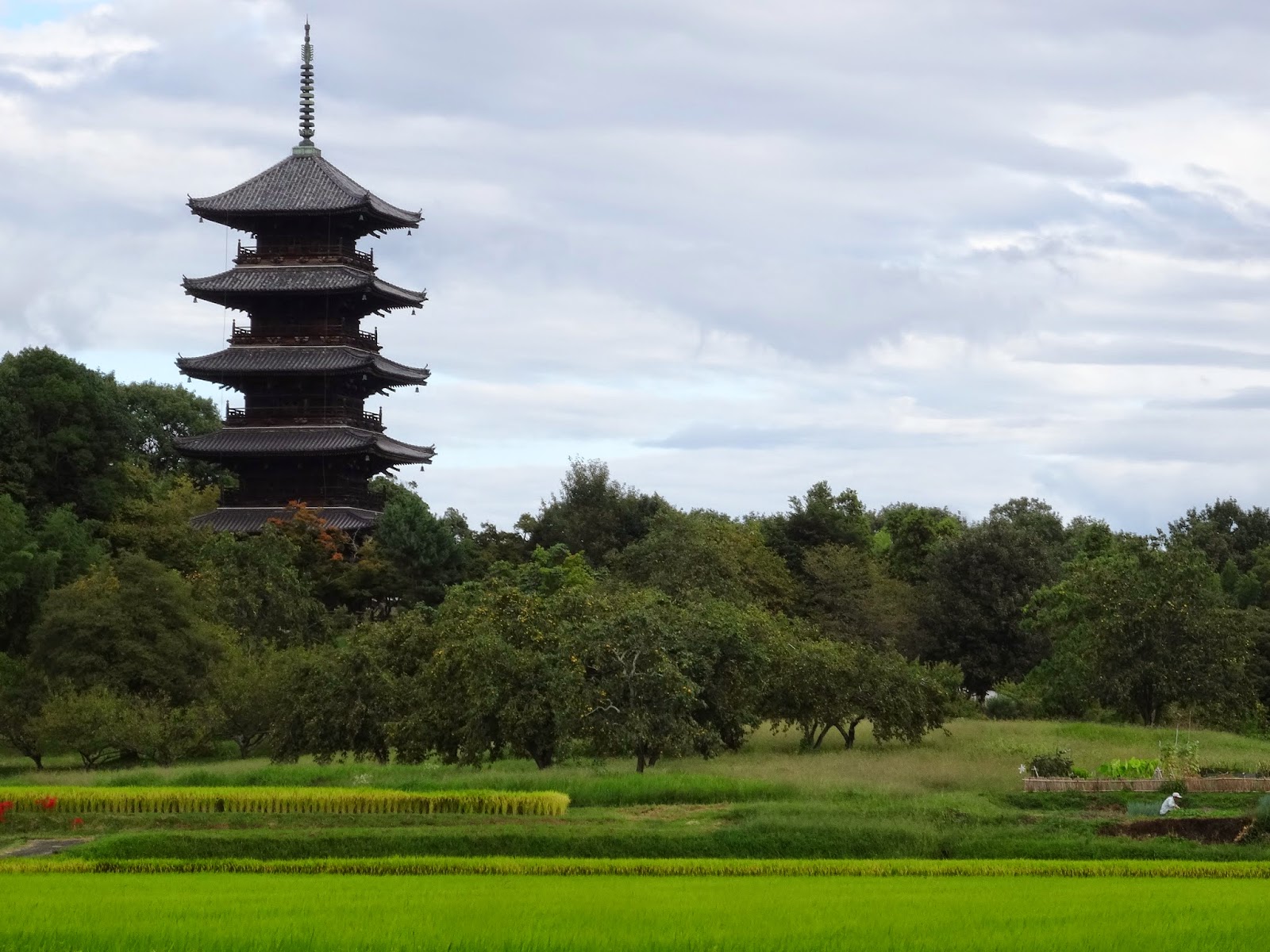 The kind of views to be had along the best bicycle ride
I've been on in years, not just 2014!

More than once last year, I got to thinking that 2014 seemed like the worst of times; but at other times, I also felt that it was the best.  Rather than fixate on the negatives, here's focusing when looking back at the year for the ninth year in a row now (wow!) on the positives and fondly recalling 10 of its highlights.

1) Best Bar: Sake Bar Ginn gets my vote for the second year running!   Part of me still can't quite believe that I can love a drinking establishment located in Lan Kwai Fong so much.  However, the fact that one can easily forget that one is in Lan Kwai Fong -- even, sometimes Hong Kong -- while imbibing the lovely sake and partaking of the delicious food on offer there, and chatting with the many nice people amongs its patrons and staff, makes it the kind of place that I've ended up happily spending quite a bit of time in over the past few years! :)


2) Best Bicycle Ride: Up until I got on a bicycle at Bichen-Ichinomiya this past September, I had not been on a bicycle in years, even decades.  Fortunately, it's as the proverbial "they" say, once you know how to ride a bicycle, you won't forget how to do so.  And the 17 kilometer Kibi Plain bicycle ride I took from Bichen-Ichinomiya to Soja was as wonderful a way to celebrate my birthday as I had hoped that it would be -- actually, maybe even better than I had imagined it possible to be! :)
3) Best Book: I come from a part of the world where people live to eat (as opposed to eat to live).  So it's only natural that I'm a foodie -- and one who doesn't only love to eat but love to peruse through what has been described as "food porn".  In addition to having bookmarked lots of food blogs on my computer, I also enjoy reading books about food and eating.  Among my favorite books now is Steven A. Shaw's Asian Dining Rules. Sure, it's geared to American readers who are not super familiar with Asian food -- but Shaw clearly loves Asian food, is much more respectful of Asian food and cultures than many Americans I know, and writes in a way that makes one gain a greater appreciation of Asian food, the people who prepare them, and the people willing to give what's foreign to them a try.


4) Best Exhibition: On my most recent vacation (to Germany and Luxembourg), I didn't visit a single art museum or gallery.  In contrast, when I visited Japan in May of last year, I not only spent time in an art museum but it was at Kanazawa's 21st Century Museum of Contemporary Art where I saw my favorite exhibition (and artworks) of 2014. Leandro Erlich is an Argentinian conceptual artist whose Swimming Pool is a permanent installation of the Kanazawa art museum.  But I had the good fortune to be in Kanazawa when the museum also was playing host to Leandro Erlich - The Ordinary? -- a special exhibition of the artist's works -- and thus was able to see a number of works over the course of just a few hours!


5) Best Hike: When I started hiking in Hong Kong, little did I think that within seven years or so, I'd have hiked up (and then down) the territory's highest and third highest peaks not once but twice each. While my second Tai Mo Shan hike may well be among my favorite hikes of 2014, the absolute favorite easily is the Sunset Peak hike I went on this past Chinese New Year -- which yielded as clear and beautiful views of the Lantau mountain's top as the ones on the 2013 Chinese New Year hike were cloudy and unclear!

6) Best Meal: A new Japanese sushi-ya opened in a quiet section of Causeway Bay in 2014.  The first time I went to Uehara, I got a bit freaked out to discover that it's omakase only at dinner there. But while understandably pricey, dinners there are so wonderful that I've now had omakase there three times -- with my most recent visit having yielded what has to be my favorite meal of 2014, one so sublime that I definitely know where I'll be going when the time comes to give myself an ultra wonderful dining treat. ;b


7) Best Museum: The Hong Kong Maritime Museum may not be considered by many to be Hong Kong's best museum and I have a feeling that few living in "Asia's World City" have been through its doors.  I myself have to confess to not having bothered to do so when it was located in Stanley but early in 2014, I visited the museum which is now situated in Central, and was pleasantly surprised by how it made subject matter that I don't usually have much interest in to be really interesting -- and enough so that my German friend (who was here on a visit) and I ended up staying in there for longer than we had anticipated, and only left at the end because it was the announced that the museum was closing for the day!


8) Best National Day Commemoration: Certain people don't care much for celebrating their national days.  (I think of Tanzanians, whose national day it often seemed - when I lived there - most people most happily celebrated by resting at home!)  Other people, like many Americans, get all bursting with pride and love for their country, and love doing such as going and watching 4th of July parades and fireworks.  But no one I know has celebrated a national day like many Hong Kongers did on October 1st, 2014 - by going out on the streets in their thousands to show their love for Hong Kong and exercising their right to be seen and heard on China's National Day.


9) Best Song: The Umbrella Movement/Revolution's anthem, Raise the Umbrella, was voted the song of the year 2014 at Commercial Radio's annual music awards last week.  To me, this speaks of how strong support for the Umbrella Movement/Revolution remains -- and also how much this song strikes a chord with others besides myself.  Please go here to check out a music video featuring it that comes complete with Chinese and English subtitles.

10) Best Vacation: Partly because I ended up carrying over 10 leave days from 2013 to 2014, I took more out-of-town vacations this past year than has been the norm for some years now.  One of these saw me heading back to Penang for a few days, another saw my mother and I in South Korea in September, and this past December saw me hanging out with my German friend in Germany and also Luxembourg. I also made two separate visits to Japan in 2014, and it was the one which I've yet to actually chronicle yet which was my favorite vacation of the past year!  So yes, I will write about -- and put up many photos of -- the Japan trip I took last September... after I'm done doing such as blogging about my recent European vacation and writing up my "best of..." 2014 lists! ;)
Posted by YTSL at 8:36 PM

HI YTSL, I always enjoy reading your highlights for the past year. Looks like you had a wonderful year in 2014. I wish you all the best in 2015.

Good to know that there are people out there who enjoy reading my year's highlights blog posts. And thanks for the good wishes re 2015 -- and same to you. :)

Enjoyed your 2014 highlights...I'm sure the Sake Bar Ginn appreciates your glowing reviews...The Kibi Plain bicycle ride sounds like an exhilarating thing to do, especially with a temple stop (Japanese temples have always seemed to me as if they are in harmony with the nature around them).

Kanazawa's Museum of Contemporary Art was a memorable travel blog and worthy of inclusion on your list...Also, the Sunset Peak hike blog was truly a great way to celebrate the New Year...Also, I did enjoy the HK Maritime Museum blog and the photo of your traveling companion in a diver's helmet...Also, the mere mention of Castle Frankenstein would be for me a highlight of reading your blogs.

Thanks as ever for reading and positively commenting!

Re Sake Bar Ginn: I think they appreciate even more my regular patronage which has gone from monthly to weekly... ;b

The Kibi Plain bike ride really was lovely, especially with the stops along the way (that included at least three temples and/or shrines, and a tomb). When I finally get to blogging about that, I'm sure you'll adore the photos of my travelling companion taken on that day trip! :)