The Umbrella Movement at Admiralty once again! 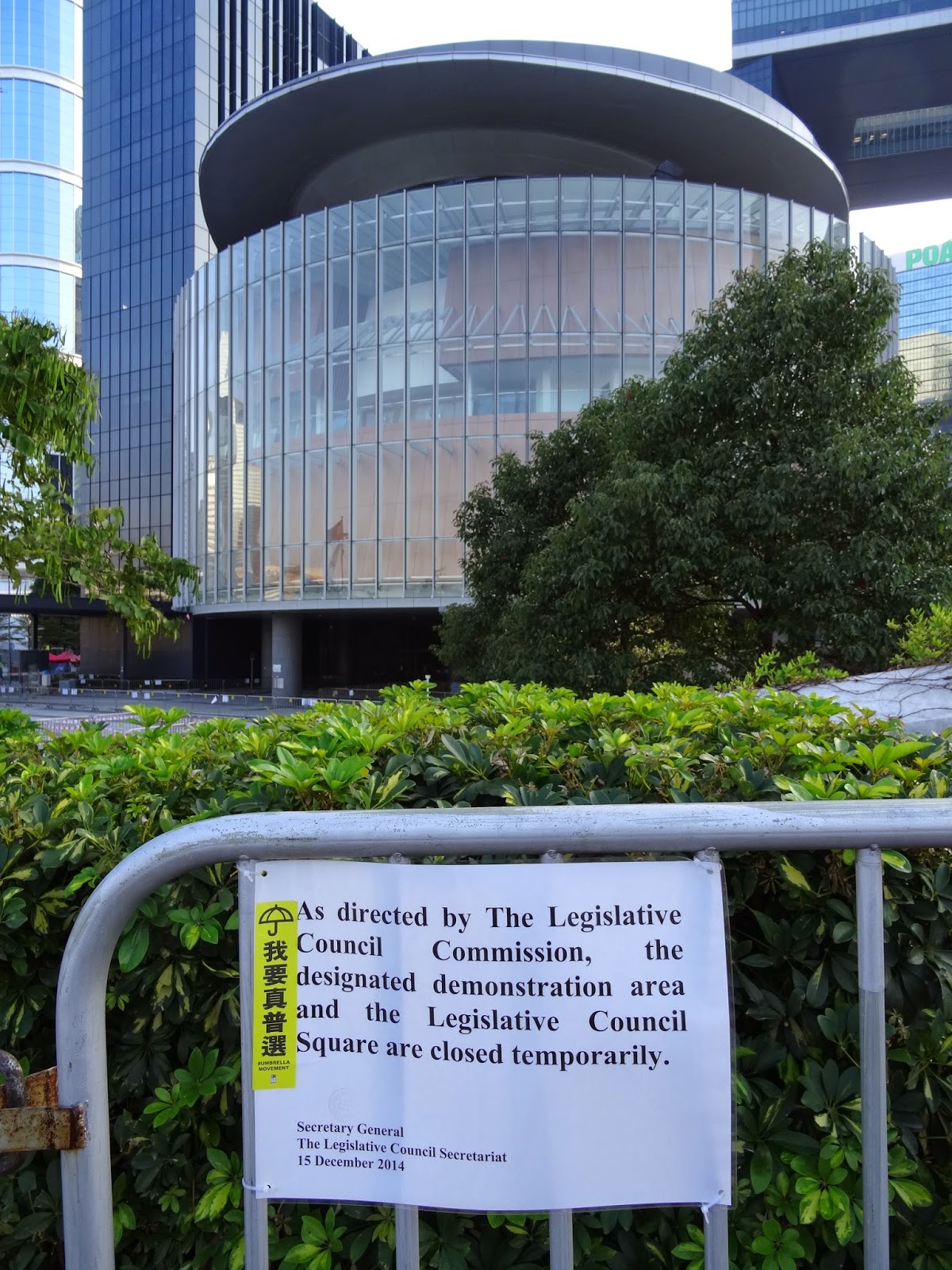 Won't they ever learn? 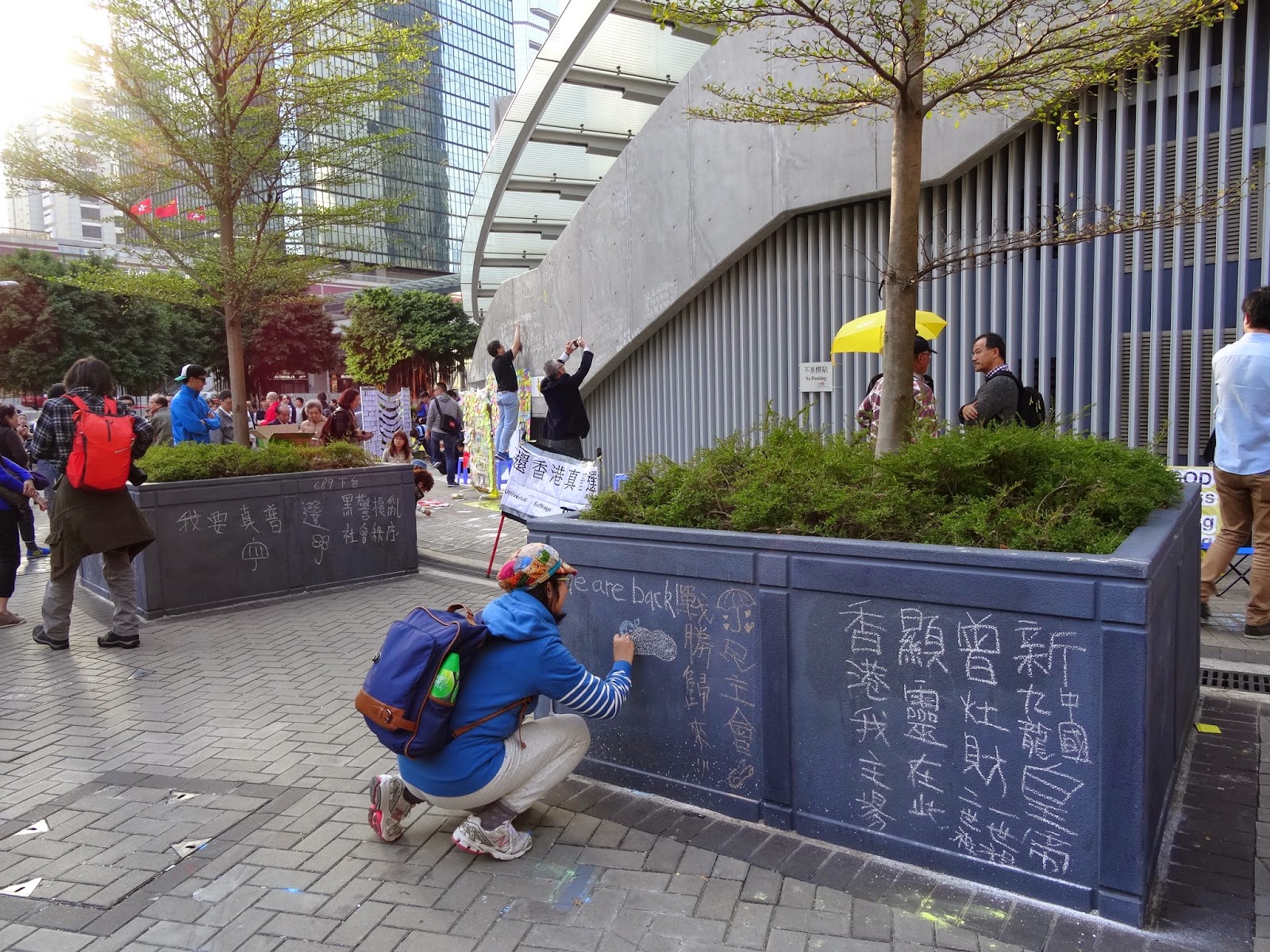 Remember those "We'll be back" cries and signs? 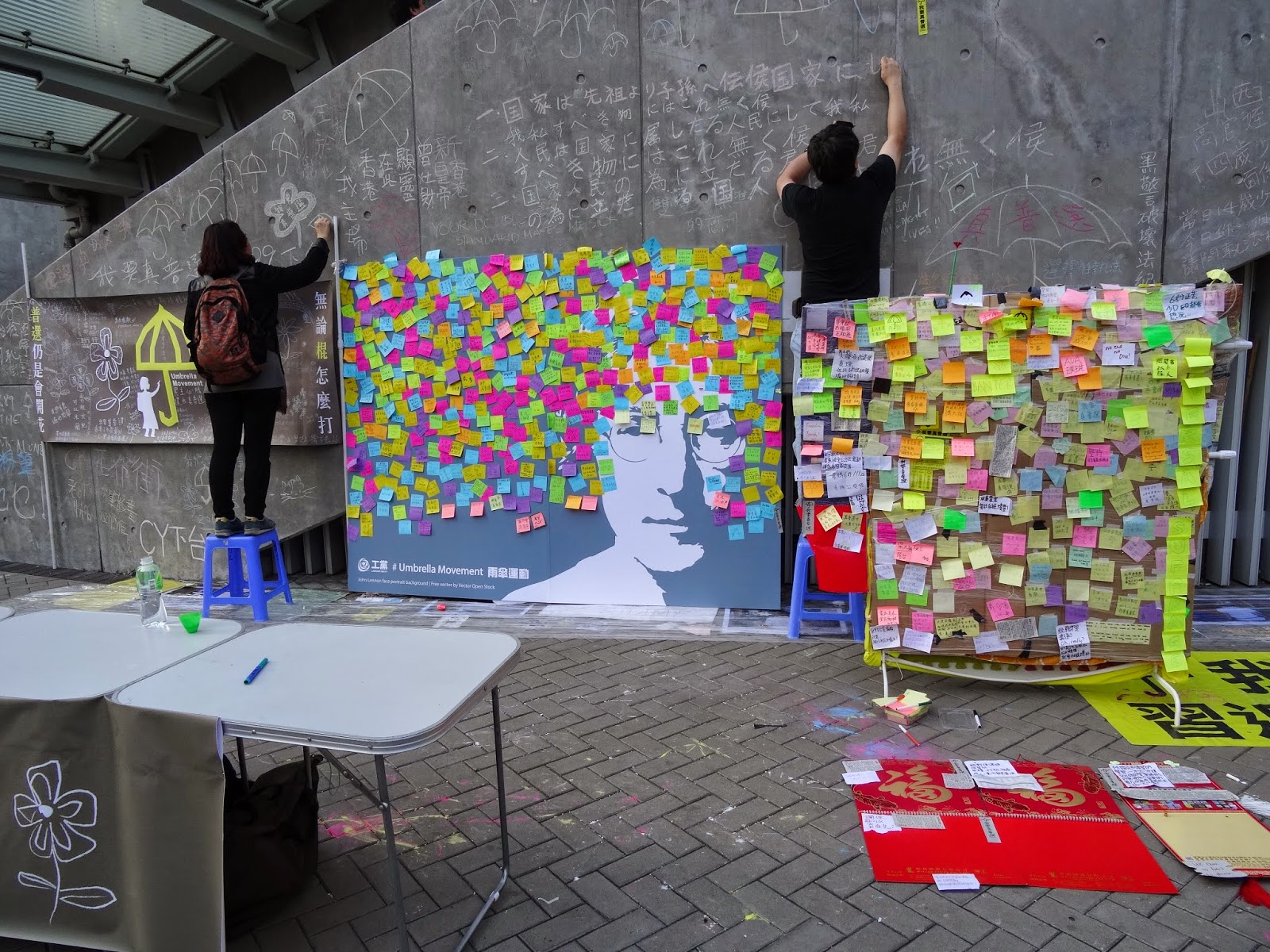 How does all this look to you? 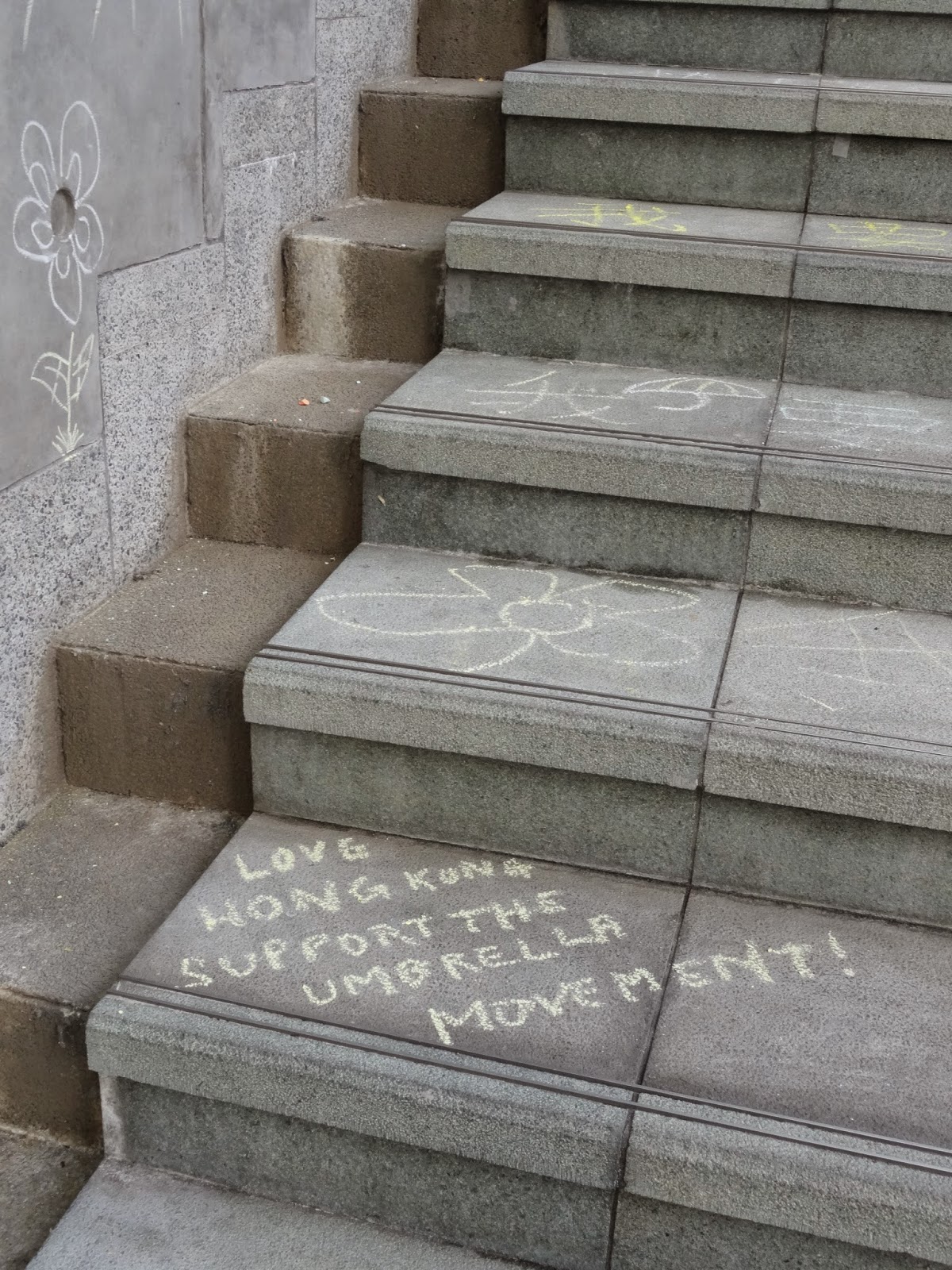 The chalk can be easily washed off,
the sentiments less so

Back on December 11th, the police moved in to clear the protest area at Admiralty that had been the largest of the "Occupied" spaces in Hong Kong for several weeks.  Four days later, the "Occupy" era of the Umbrella Movement came to an end with the clearing of the smaller protest area at Causeway Bay -- or did it?

Earlier today, I visited Admiralty for the first time since I returned to Hong Kong from Germany (and Luxembourg) on December 15th.  Approaching from the Central Ferry Piers and Central Waterfront Promenade, it initially looked and felt as if the protests that had been happening nearby not so long ago had never ever taken place.

More specifically, there were/are Umbrella Movement stickers on such as the road sign for the Legislative Council Complex and on newly erected "No graffiti" and "Post No Bills" signs in the area, there still are occupied tents on the sidewalk of Tim Mei Avenue close to the Legislative Council Complex (yes, really!) -- and, at what has come to be known as Hong Kong's Lennon Wall, there were  messages for Hong Kong (including -- but not only -- its government), and people exercising their freedom of speech and assembly once again.

To be sure, things are not the same as they were.  For example, the tents are now only on the sidewalk rather than also on the road itself, there are way fewer protesters about than weeks ago, and the messages on the Lennon Wall itself (rather than surface areas temporarily erected nearby) are written in chalk rather than on Post It notes that used to be stuck to the wall.  And along with umbrella symbols, there now also are/were many ones of flowers.

The last two developments are responses to the arrest of a 14-year-old girl for having drawn two flowers on the Lennon Wall using a piece of chalk, and the subsequent threat to separate her from her parents and place her in a children's home.  (She's now been released, but is legally subjected to a curfew.) Consider this: what kind of government arrests a child and threatens to take her away from her parents for drawing flowers, in chalk?! (My suspicion: an authoritarian one prone to over-react, but also one that's super scared...)

Yes, the chalked messages written today won't be allowed to stay on the Lennon Wall for long.  But in a week when there have been impromptu gatherings and actions like these -- and also the appearance of large "I want genuine universal suffrage" banners on Sharp Peak and twice more on Lion Rock along with the Umbrella Movement's evocative "Raise the Umbrella" anthem (go here for a great music video, complete with English and Chinese subtitles) being named as 2014's song of the year -- I think the signs are clear enough that Hong Kong's pro-democracy protests are still going on. And why shouldn't they since so much political injustice, socio-economic inequality and government incompetence remains?
Posted by YTSL at 11:48 PM

HI YTSL -- Interesting developments! Yes this is what happens when things don't get properly resolved... they keep bubbling beneath the surface in many ways...