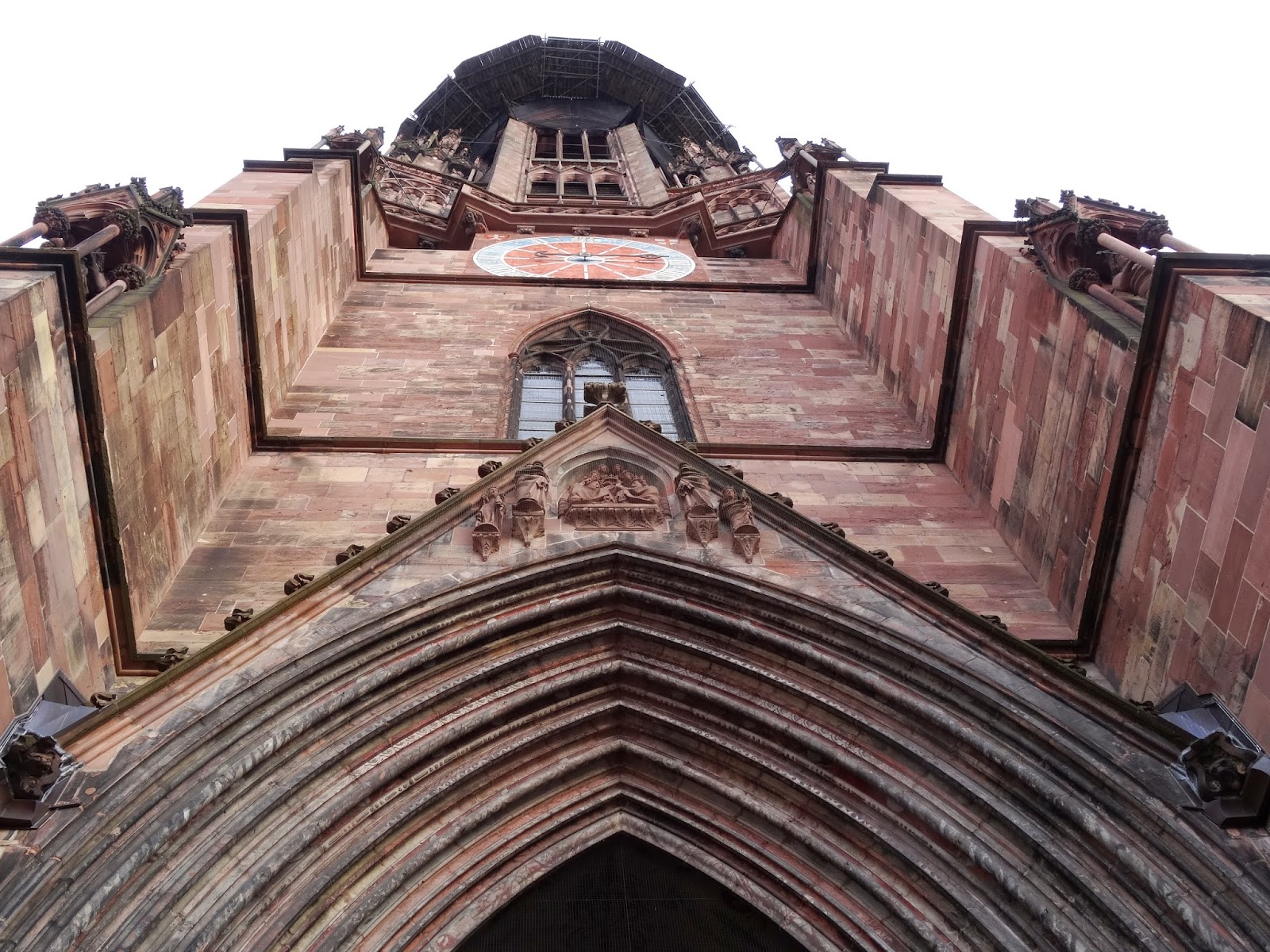 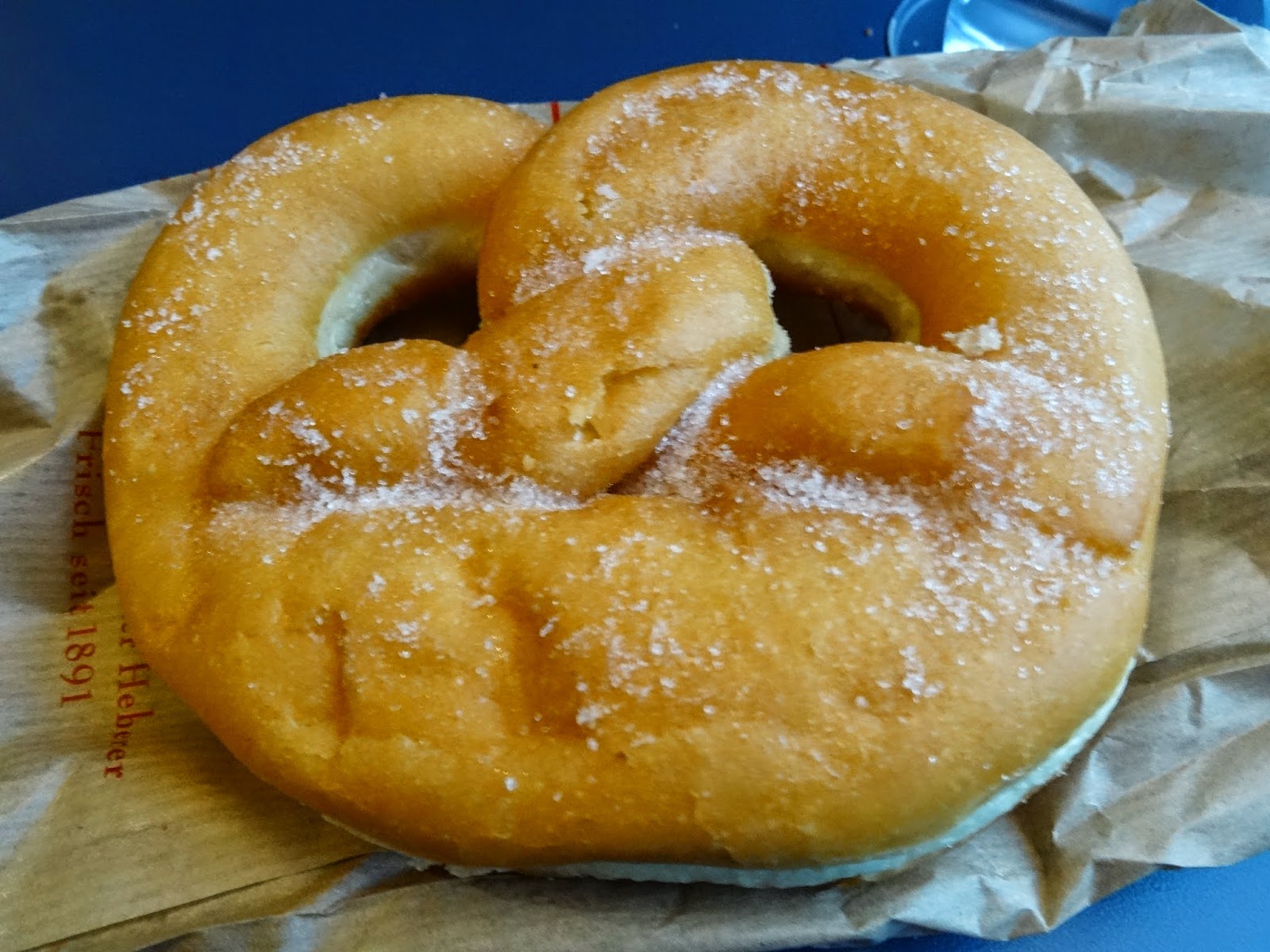 A snack I came across at a train station in Germany ;) 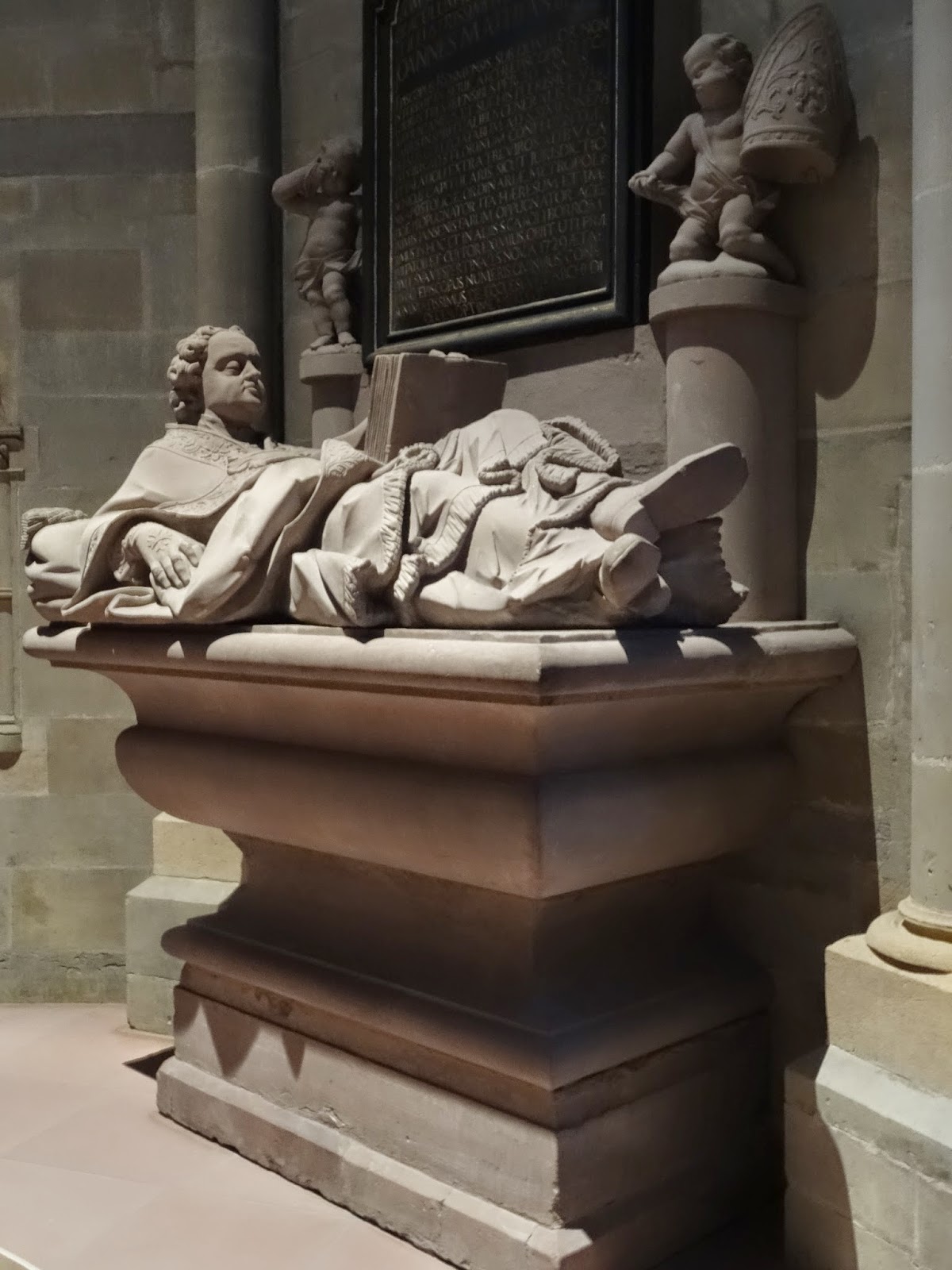 The final resting place of an avid reader
that I encountered on my most recent German vacation!

Ten more German vacation observations (to add to those that I made after my 2010 trip to Deutschland) -- again, in no particular order:-

1) Christianity's presence in Germany is noticeable not only in the many churches, cathedrals and minsters to be found in the country but also such practices as the vast majority of shops being closed on Sundays (with about the only exceptions being bakeries -- and those are only open in the morning on Sundays -- and petrol stations)!

2) Among the baked items I discovered in Germany this time around was the Berliner brezel -- which, to my mind, looked pretzel shaped but tasted more like a donut (though not one filled with jam the way that a regular Berliner -- donut, not person! -- is)

3) At Christmas markets in Germany, one can expect to find stalls selling gluhwein, many varieties of sausages, ditto re brushes, headgear, craft items, candies, spices and chocolate desserts, including chocolate covered fruits such as bananas, strawberries and pineapple rings -- and chocolate covered marshmallow treats that my German friend told me used to be called "negro kisses" but in our more politically correct times are now known as chocolate kisses!

4) In what also can be seen as a sign of political correctness (or increased egalitarianism), female versions (equivalents?) of St Nicholas as well as the more traditional males can be seen out and about on St Nicholas Day (on which my recent European vacation happened to have begun on!)

5) I'm not sure whether this is seen as forward-thinking or not but in Germany, children are allowed in bars and the sense I often got was that the brauhaus, especially those of the craft variety, are considered family friendly and look to be places where whole families are likely to go for a meal rather than just to drink and be merry.

6) Germans love their drink but don't seem to get drunk much or easily -- at least in the places I visited (which did include a number of brauhaus, and Christmas markets where lots of alcohol was being served!). I think one big reason for this is that, like with such as the Japanese (as opposed to the British), they tend to eat on occasions when they're drinking -- even if it's "just" a big pretzel!


7) Germany is full of surprises in terms of such as the kind of art to be found in religious buildngs, palaces and outdoor public spaces, the lack of tourists in some truly attractive towns* and -- I can hear my German friend screaming from thousands of miles re my stating this -- the number of sexy lingerie stores that can be found in many a town center!

8) One reason for Germany being full of surprises for the visitor is that many non-Germans don't realize that regional diversity exists in terms of such as the cuisine.  As my German friend said, what is often taken to be German food, culture, etc. outside of Germany is actually just Bavarian!

9) For much of its history, the part of Europe now known as Germany didn't have the borders that it currently does.  One consequence of this was that there has been more movement of people and populations around then is often realized, and ditto re their mixing.

10) In more than one German town that I visited, it can be such a visual treat to stroll around the older sections that this museophile actually found myself often preferring to do that rather than check out a museum or more in the town! ;b

*I get the feeling that the stigma of Nazism continues to pervade many people's idea of Germany and that this is a not insignificant factor behind the country not attracting as many foreign tourists as would otherwise be expected.  Another possible factor is that people may think that it's expensive to visit.  I found neither to be the case -- with many of the Germans I met being friendly and welcoming (and also fluent in English), and food, drink and hotel prices to be quite a bit lower than Hong Kong, especially if you take into account the quality!

And for the record: this time around, the places in Germany that I visited included Ludwigshafen, Mannheim, Trier, Weinheim and Freiburg -- with a couple of days in neighboring Luxembourg thrown into the holiday equation. :)
Posted by YTSL at 11:48 PM

Interesting observations on German life from your most recent trip. "Strolling" through these towns captured in your blog - they do appear in parts more like outdoor museums...Germany seems to rival Japan as a travel destination for you...I visited Germany long ago and memories of it have faded, but Mad Ludwig's castle in Bavaria is still vivid in my mind.

I do enjoy visiting Germany as well as Japan. I've visited Germany four times now but, alas, have yet to visit Neuschwanstein. I'd love to check it out some day. For now, I've only been to Linderhof of Mad King Ludwig's castles -- on my first trip to Germany back in the summer of 1987 (so, yes, many years ago!)!

Hi YTSL,
That's a very interesting post - as a German I enjoyed your series about visiting Germany and also your observations. I have to admit, I never encountered a Berliner Brezn, but then I'm from the South (Munich) and we have different culinary highlights! And it is so true that the German restaurants outside Germany should be called 'Bavarian' as that's what 95% of them really are... Best wishes, Ruth

I'm happy to hear that a German enjoyed my Germany blog posts and found this one interesting. BTW, Munich was one of the places I visited on my very first trip to your contry -- back in the summer of 1987! :)