Four (or is it five?) museums visited in Germany and Luxembourg 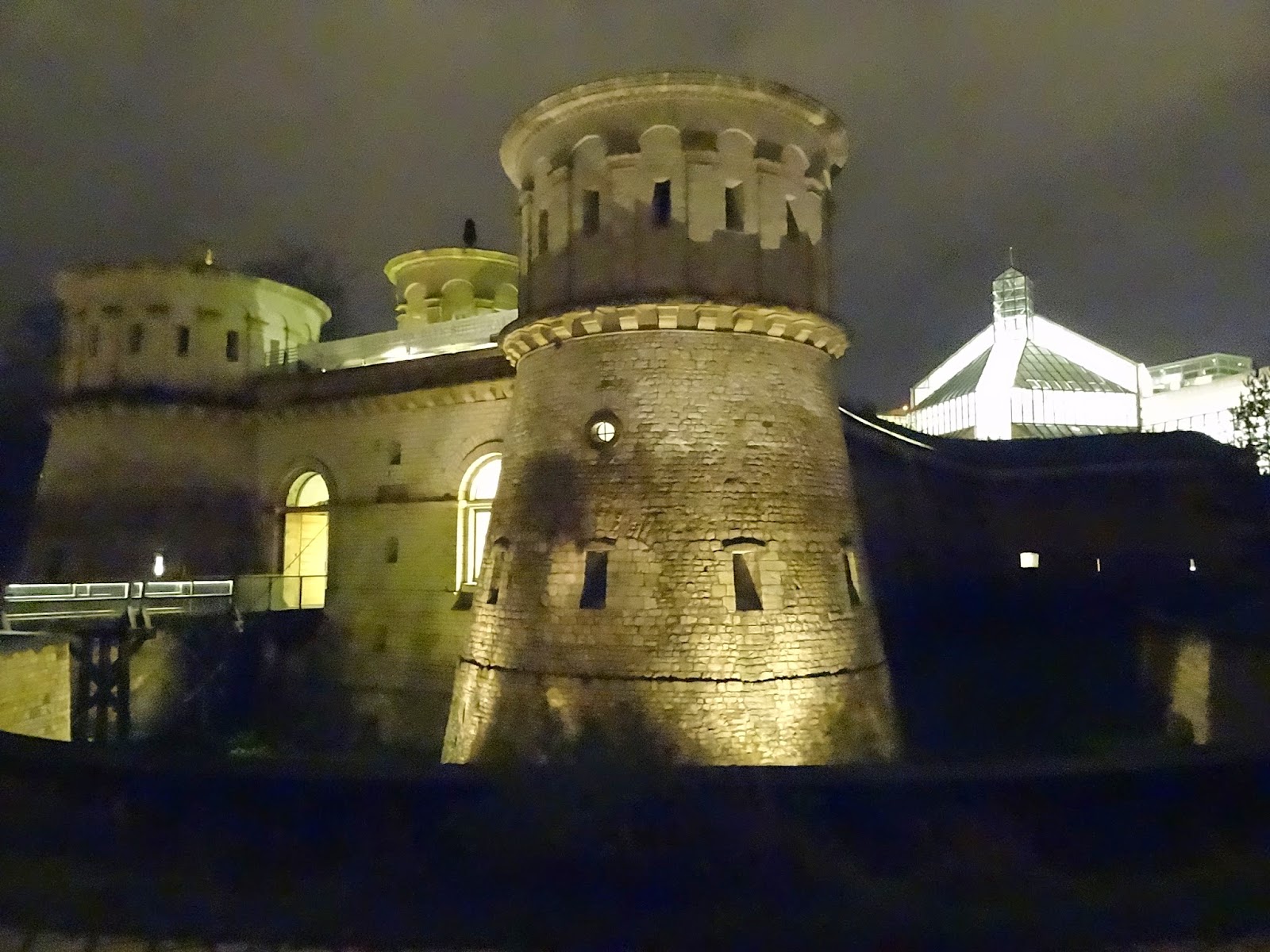 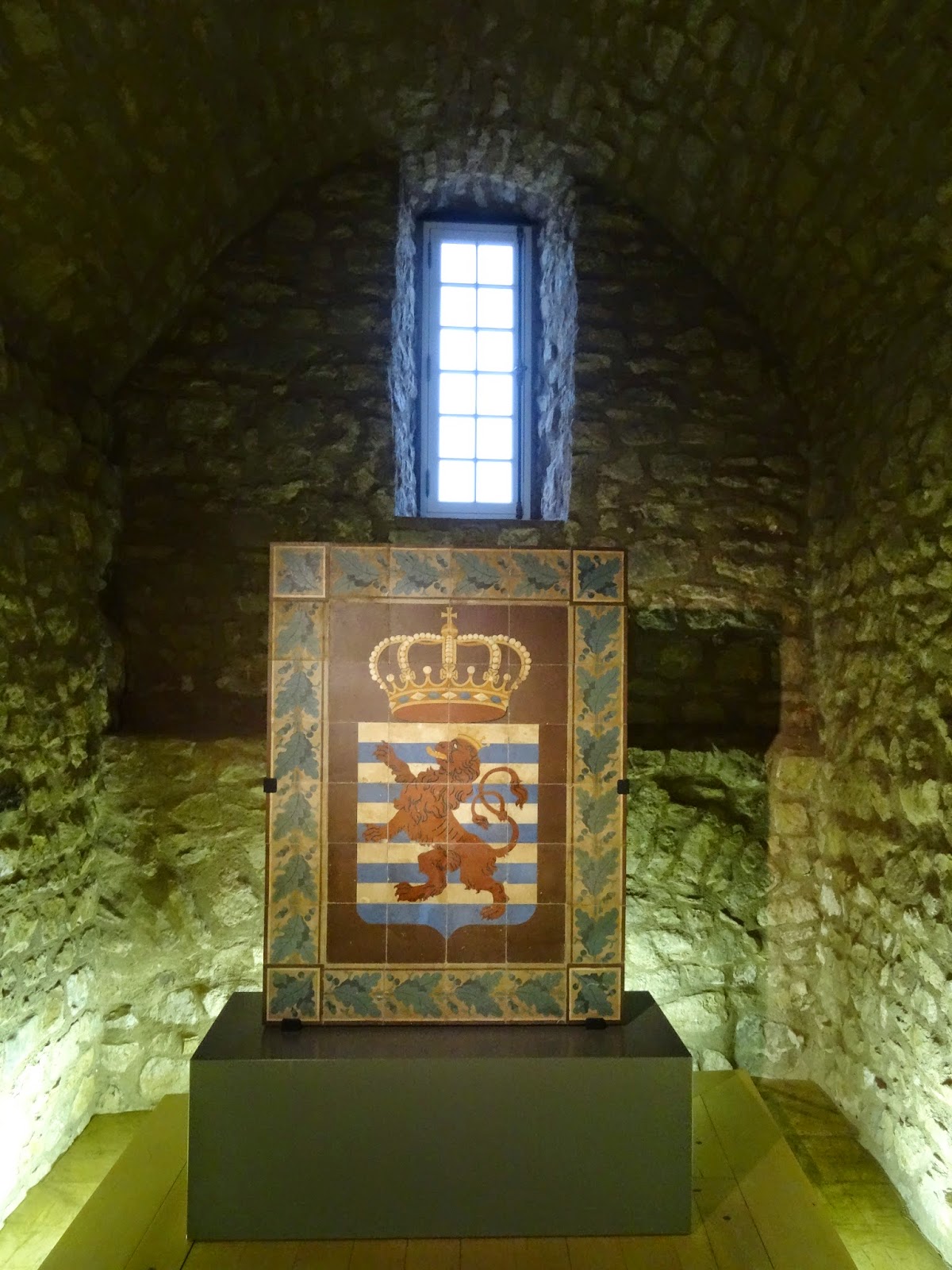 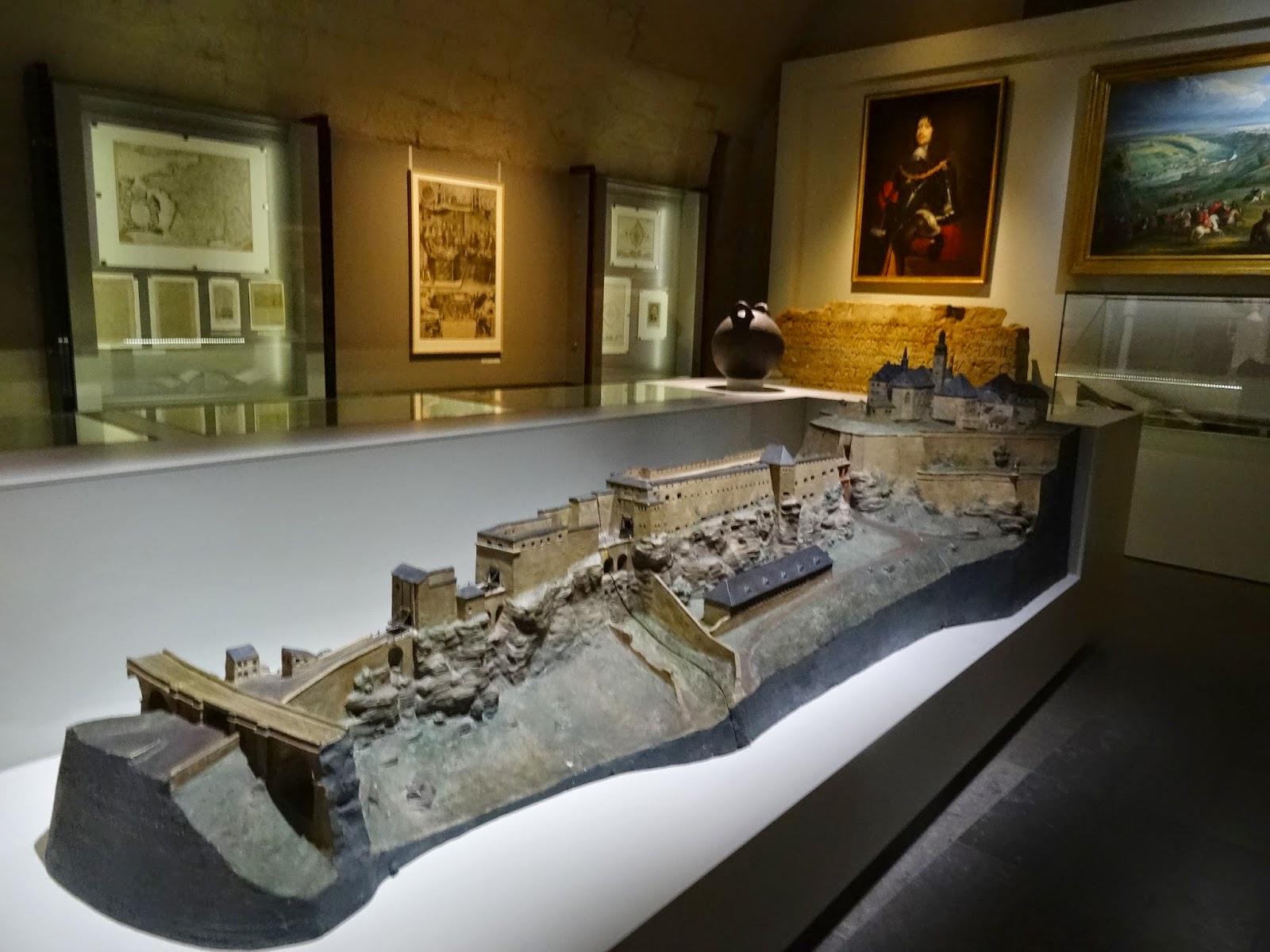 I know that there are people who give museums a wide berth, and maybe especially when they're on holiday.  But it's hard for me to imagine my not going to at least one museological establishment when I'm on vacation, especially one that lasts more than a day or weekend.

As it is, it's actually a bit of a surprise for me to realize that on the trip I took to Germany and Luxembourg less than a month ago (still!), there were a few towns where my German friend and I didn't go into a museum.  Also, that none of the museological institutions that we did visit were art museums -- in contrast to my Germany 2010 vacation, among whose highlights included a visit to Cologne's excellent Wallraf-Ritchardtz-Museum and Fondation Corbord!

Perhaps the closest to an art museum that I visited this time around was Trier's Rheinisches Landesmuseum -- an archaeology museum that is home to impressive ancient Roman mosaics and funerary art. Sadly while it undoubtedly has treasures in its collection, I found Trier's largest and most well known museum to have been the most disappointing of the many attractions (including a number of UNESCO World Heritage Listed sites) that I visited in that lovely city: partly because its exhibit design seemed among uninspired and dated; and also because its English audioguide was the least informative of all the ones made available at museums that I visited on this vacation.

Far more informative and interesting to my mind was the other museum I visited in Trier: the Museum Karl-Marx House which I've blogged about in some detail. And if they qualify as a museum (which I think they would and should!), those sections of Mannheim Palace that have been open to the public also would get my vote as a better museological attraction than the Rheinisches Landesmuseum.

As with those two museums, the two museological institutions that my German friend and I went to in Luxembourg were history museums.  And like them, the building that houses the Museum Drai Echelen is of historical significance, so one's visiting a historical monument as well as museum when one goes there.

Housed in the 18th century Fort Thungen, which looks rather eerie at night and imposing any time, the Museum Drai Echelen tells the history of Luxembourg, particularly its fortifications.  Having got in to town on a Wednesday, my German friend and I decided to take advantage of the museum waiving its admission fee between 5pm to 8pm on that particular day of the week.  And whatever fears we had about it being packed when we visited quickly disappeared when we got there after a lengthy feeling walk on a not particularly well lit path. In fact, we may well have been the more than 10 room-museum's only visitors that whole evening!

Suffice to say that I don't think that the Museum Drai Echelen deserves to have so few visitors as it looks to do (at least one dark winter evenings like the one we visited it on!).  And this too re that which gets my vote for the best museum I visited on this December 2014 vacation -- the Musee d'Histoire de la Ville de Luxembourg (aka the Luxembourg City Museum of History).

Ironically, we probably would not have thought to visit this museum if not for the fact that the weather was on the gloomy, cold and wet side for much of our visit to Luxembourg; this because the thing with Luxembourg City, as with so many of the other cities and towns I visited on this recent holiday, is that just strolling about in them can yield so many historical and beautiful sights!  But once we entered into the exhibit area of the Luxembourg City Museum of History, my German friend and I knew that we'd be in for a real museological treat -- and be likely to spend several hours in the place.

If truth be told, none of the artefacts at the museum look as valuable in and of themselves as some of those to be found at the Rheinisches Landesmuseum in Trier.  But it seemed as though this state of affairs -- and, it has to be said, what looks to be a very nice sized budget -- motivated the Luxembourg museum's curators and exhibit designers to come up with creative, and visually and otherwise interesting ways to inform visitors about various sections of Luxembourg City's history and contemporary society.

Among the highlights for me in this museum was a temporary exhibit consisting of a series of photographs of women who cleaned for a living, and their workplaces, with a focus on the lighting in them.  It was interesting to see how the majority of the pictured women were not originally from Luxembourg -- and the different parts of the world they came from (including Portugal, Eastern Europe, Latin America and West Africa).  And it was nice to see, from the way in which they posed and looked at the camera, that they came across as women who know that they're performing important work that contributes to maintaining an environment that helps people to be healthy and feel good.
Posted by YTSL at 11:59 PM

Museums are places of wonder! Thanks for your visit - I've not been very active recently. but I always enjoy your posts.
Happy New Year to you!

Wishing you well in 2015. Thanks for tour of museums in Germany and Luxembourg.
Karl Marx had some interesting ideals. Resent I found out our 16th president Lincoln and Marx respond to each other.

Museums can indeed be places of wonder -- when well-curated and sometimes even when not so, thanks to the objects in them being so wonderful! :)

And thanks for enjoying my posts and your new year wish for me. :)

Happy 2015 to you too! And thanks for referencing the Lincoln-Marx connection:-

You're right - the City Museum looks more like a "fortress," and seemingly much of Luxembourg has the look of a fortification... It seems that museums are important because they give travelers a sense of history and therefore add depth to the traveler's memories.

Many of my strongest memories of visits to foreign countries involves visits to museums there. All in all, I think museums help give me a sense of the country and its inhabitants' history and culture.

Hi YTSL and Happy New Year! Your photos are really cool. When traveling I try to visit at least one museum and if I don't, for some reason I feel guilty, like I'm missing something wonderful, which I am. I have to agree that the museum in your first photo looks very much like a fortress. Beautiful capture.

I need to read more about your recent trip to Germany and Luxembourg. I hope you had fun.

Happy New Year to you too! And hooray re your making a point to visit museums while on vacation.

Re the first photo: sorry if I mislead you but yes, the Museum Drai Echelen does look like a fortress because it's housed in a former fort! (The museum behind in the photo though is the art museum that was designed by I.M. Pei.)