A few days after my September trip to Japan, I told a friend now living in Hong Kong who had lived in the Land of the Rising Sun for several years of my having visited the historic city of Kurashiki.  She screwed up her face and asked me if I hadn't felt that that whose name roughly translates as "town of storehouses" was too touristy.  My answer was that even if Kurashiki was touristy, it catered mainly to domestic Japanese tourists, many of whom value the local cultural heritage.

Consequently, even while Kurashiki appeared more touristy than nearby Okayama or Bitchu-Takahashi, it still came across as also authentically Japanese to me.  Also, I lucked out in a way with the relatively small crowds about as the weather was on the rainy side the first day I visited the city, and it being late in the afternoon the second time that I was there.  All in all, as I trust that the following photos will show, my feeling is that tourism does not appear to have ruined Kurashiki's visual beauty all that much... 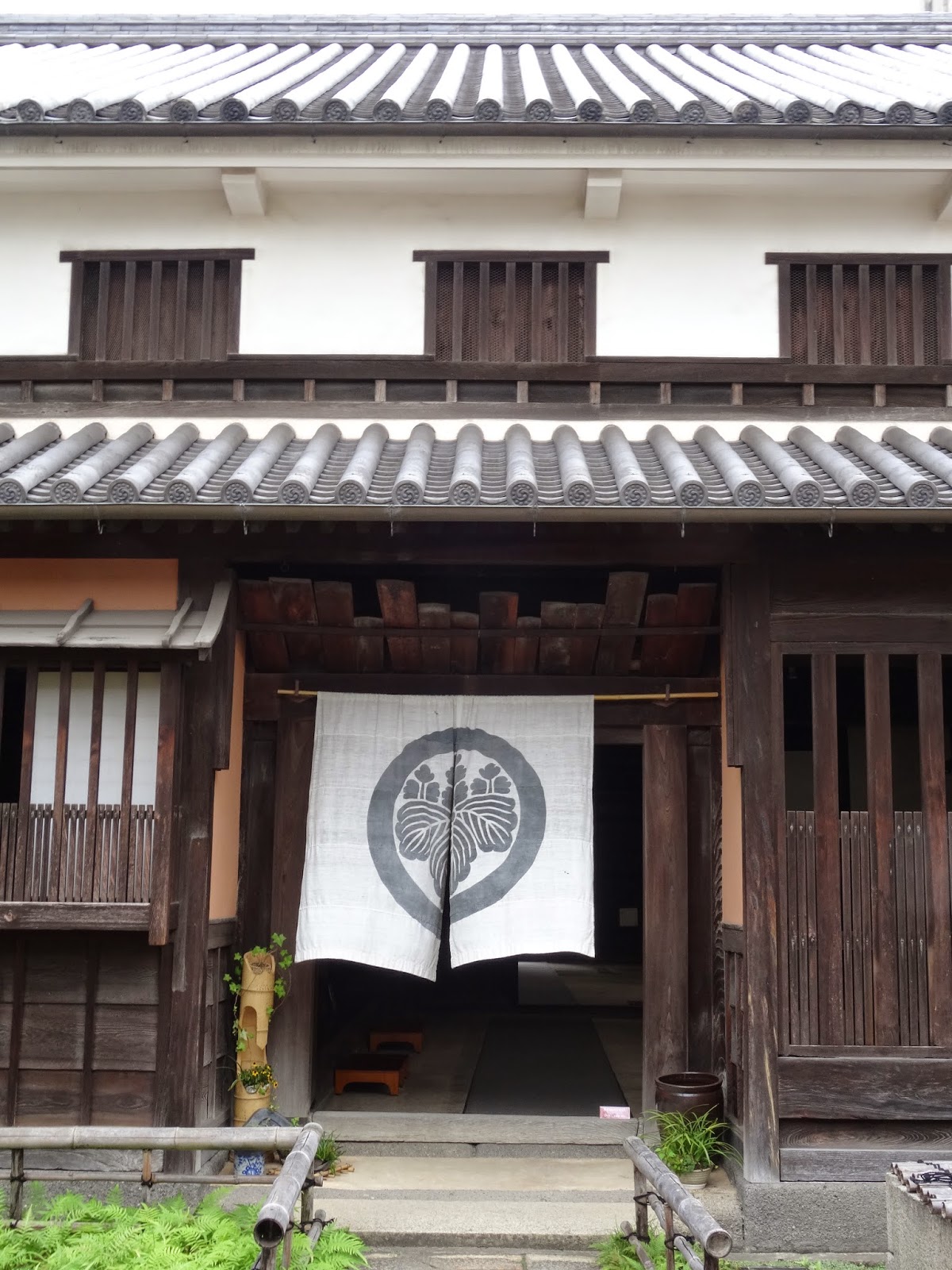 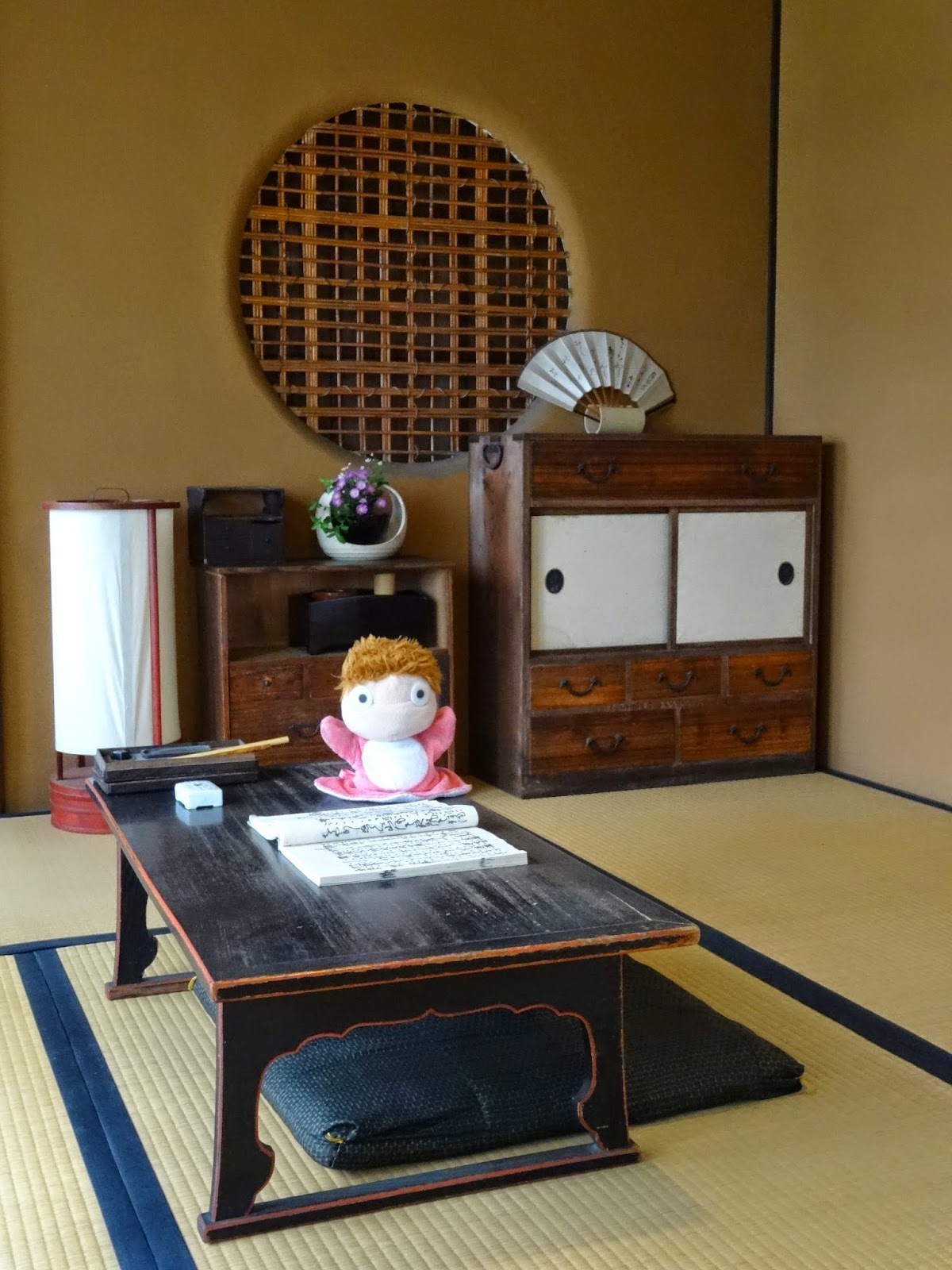 The machiya (traditional wooden townhouse) has various rooms,
including this study which caught Puppet Ponyo's fancy 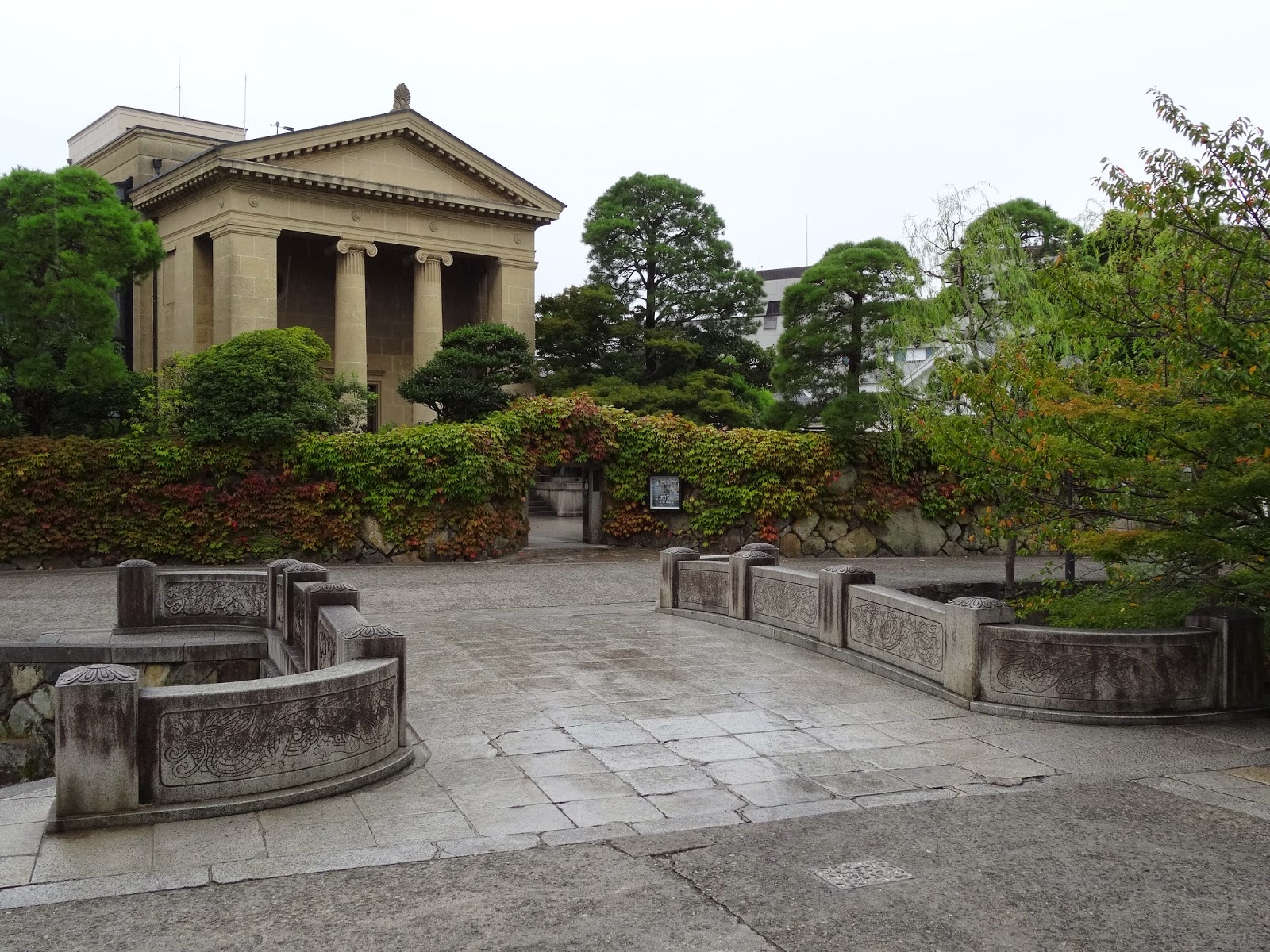 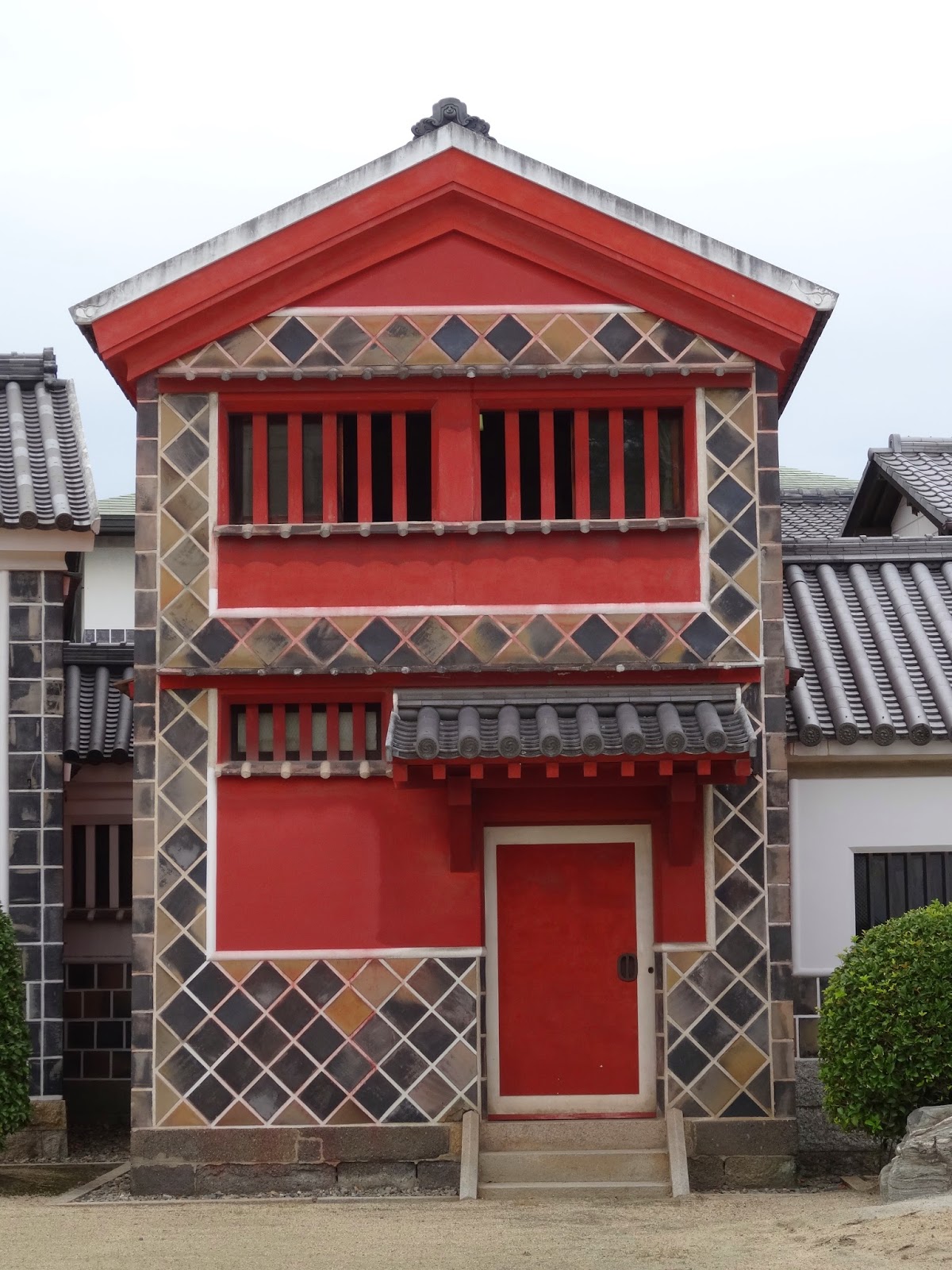 I found much to aesthetically appreciate in the museum's buildings
as well as its collection of art, crafts and ancient artefacts 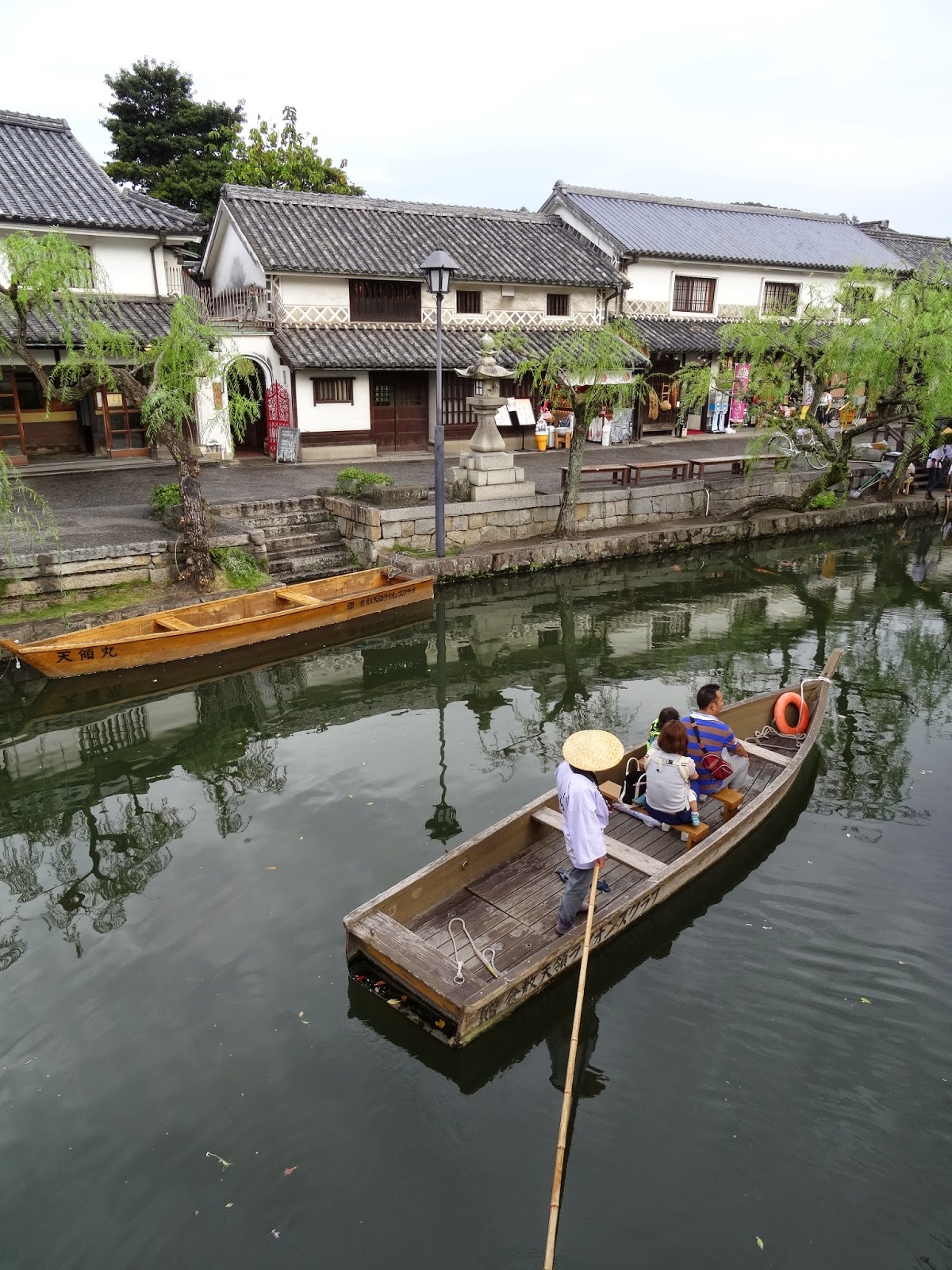 I also enjoyed my time strolling about and exploring
Kurashik's Canal Area (aka Bikan Historical Quarter) which
has no electricity poles in order to retain its Meiji period look! 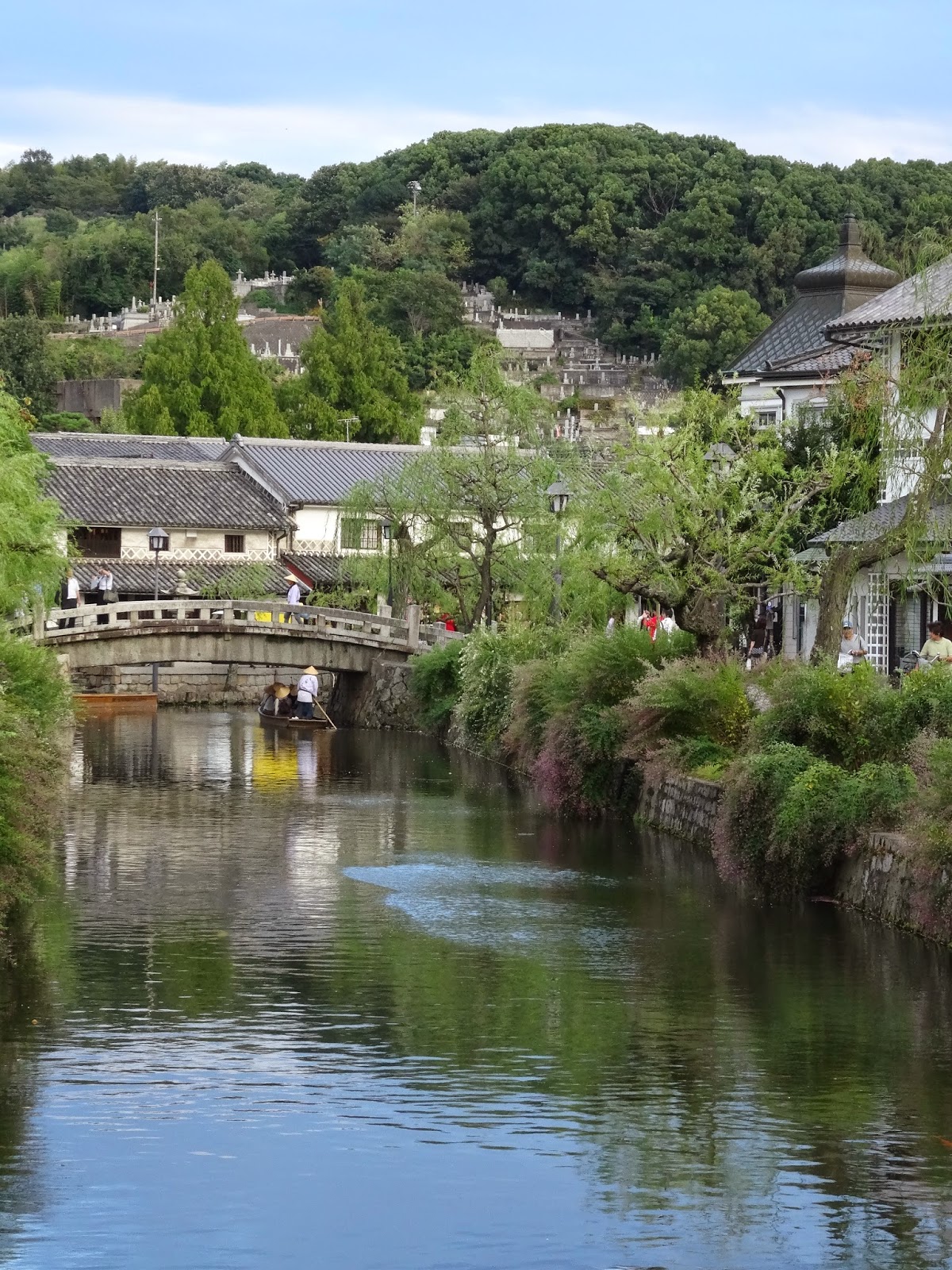 Even when it includes the sight of a graveyard,
I still find this Kurashiki old city scene to be very pretty 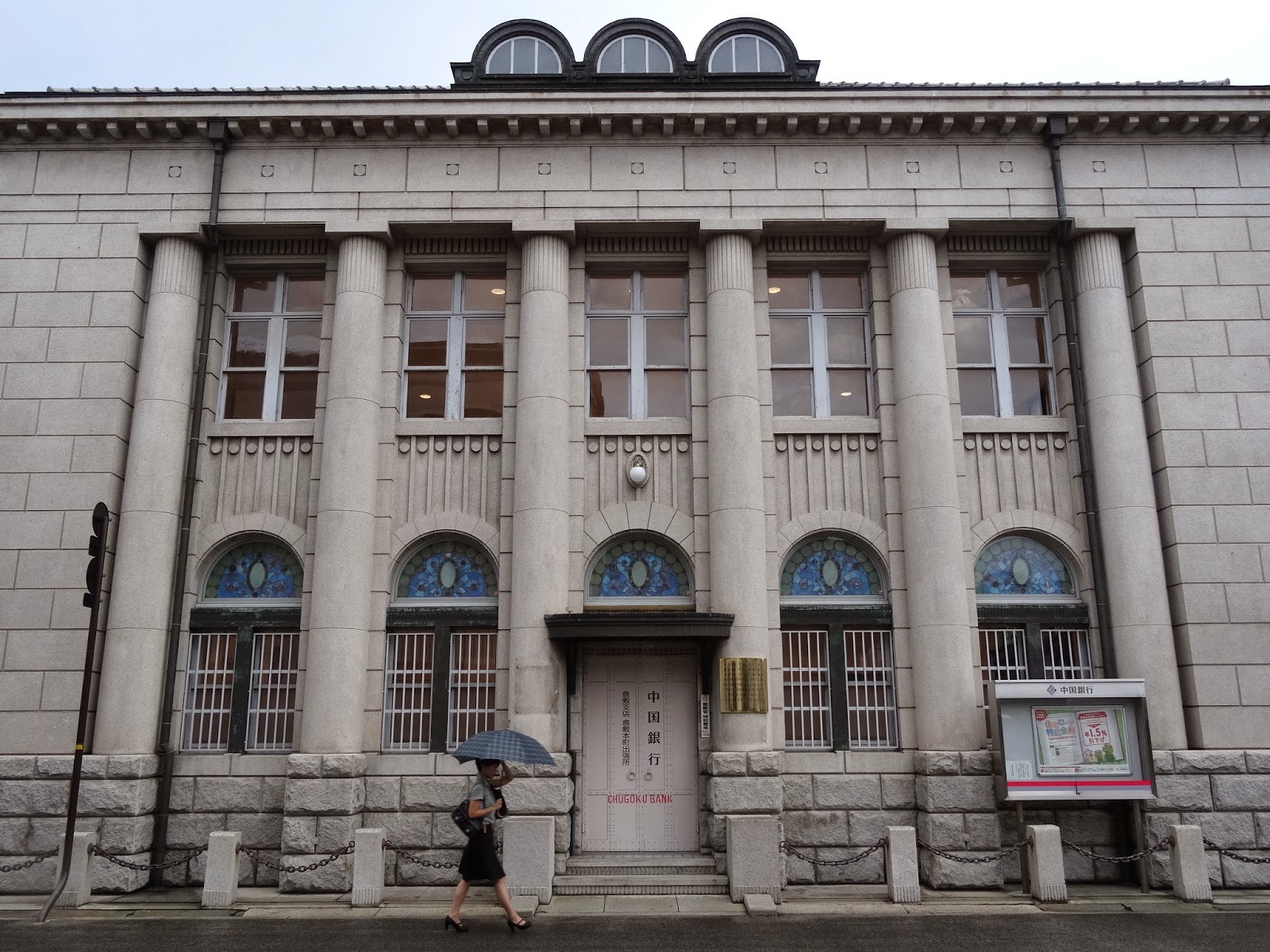 Consider this: this beautiful building is home to a working bank! :O 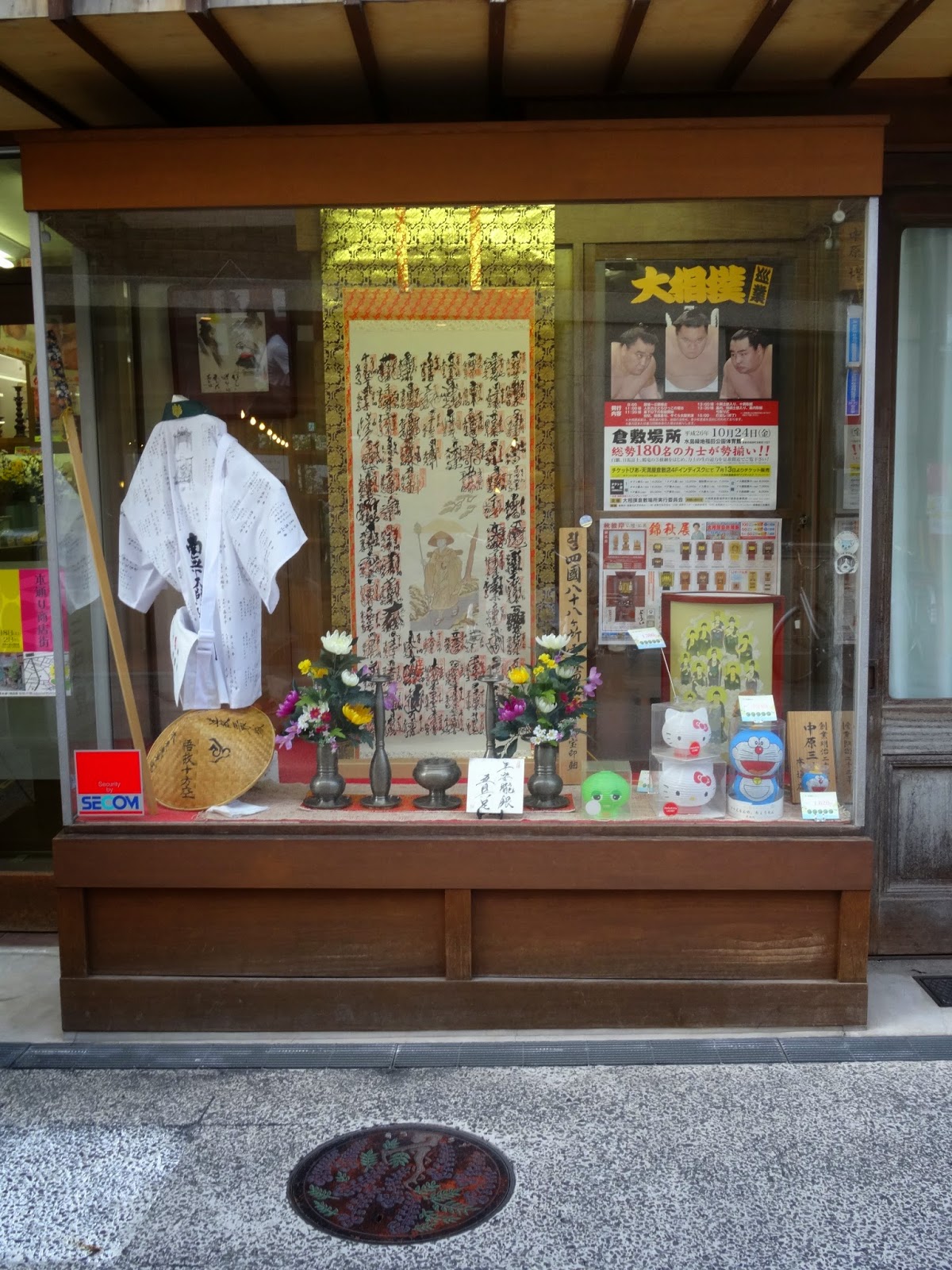 Even if this store's targeted customers are tourists,
they still come across as pretty Japanese -- or, at least,
into Japanese culture, traditional and contemporary! ;b
Posted by YTSL at 8:19 PM

Kurashiki may be "touristy", as you say, but judging from your photos and text, is has a variety of things that personally appeal to me: Machiya, canals, a variety of architecture, and a Western art museum!

I'm especially interested in Machiya, having seen them in Kyoto. According to Wikipedia, the front of the Machiya can also serve as retail shop space. This links them in my mind as a Japanese counterpart to the shophouses of SE Asia, which I'M passionate about...In the second photo from the top, the classic pose of Puppet Ponyo in a Machiya, would make a perfect photo spread in a traditional interior decorating magazine.

The machiya I visited in Kurashiki differed from a machiya I set foot in in Kyoto that had been transformed into a high end yakitori restaurant. Whereas the one in Kyoto was narrow (as befits the Kyoto machiya being called "eel houses" -- and being similar to the shophouses in Malaysia that are longer than they are wide), the one in Kurashiki was quite a bit more spacious and spread out.

In any case, I think you'd enjoy checking the one in Kurashiki out -- and the rest of the town too, much like Puppet Ponyo did! ;)

Ah! You're lucky to have visited the Ohashi House. Even though we stayed in Kurashiki for 3 nights, on the day of our planned visit it was suddenly closed due to the Urasenke school of Tea Ceremony reserving the entire venue for a conference. Oh well.

Oh wow re your staying three nights in Kurashiki and not getting to visit the Ohashi House even once! I'm eagerly awaiting your accounts on your blog on what you saw and did in Kurashiki and elsewhere on your recent Japanese trip! ;b

We probably could have modified our plan to visit the Ohashi House, but the next day we left early in the morning for Onomichi, and on the next next day we checked out and headed to Bitchu Takahashi. So, no Ohashi House for us :(

The Ohashi House's interesting. But I have a feeling that you saw a similar house later on during your trip, when you were in Matsue... ;)