On a volatile Sunday night 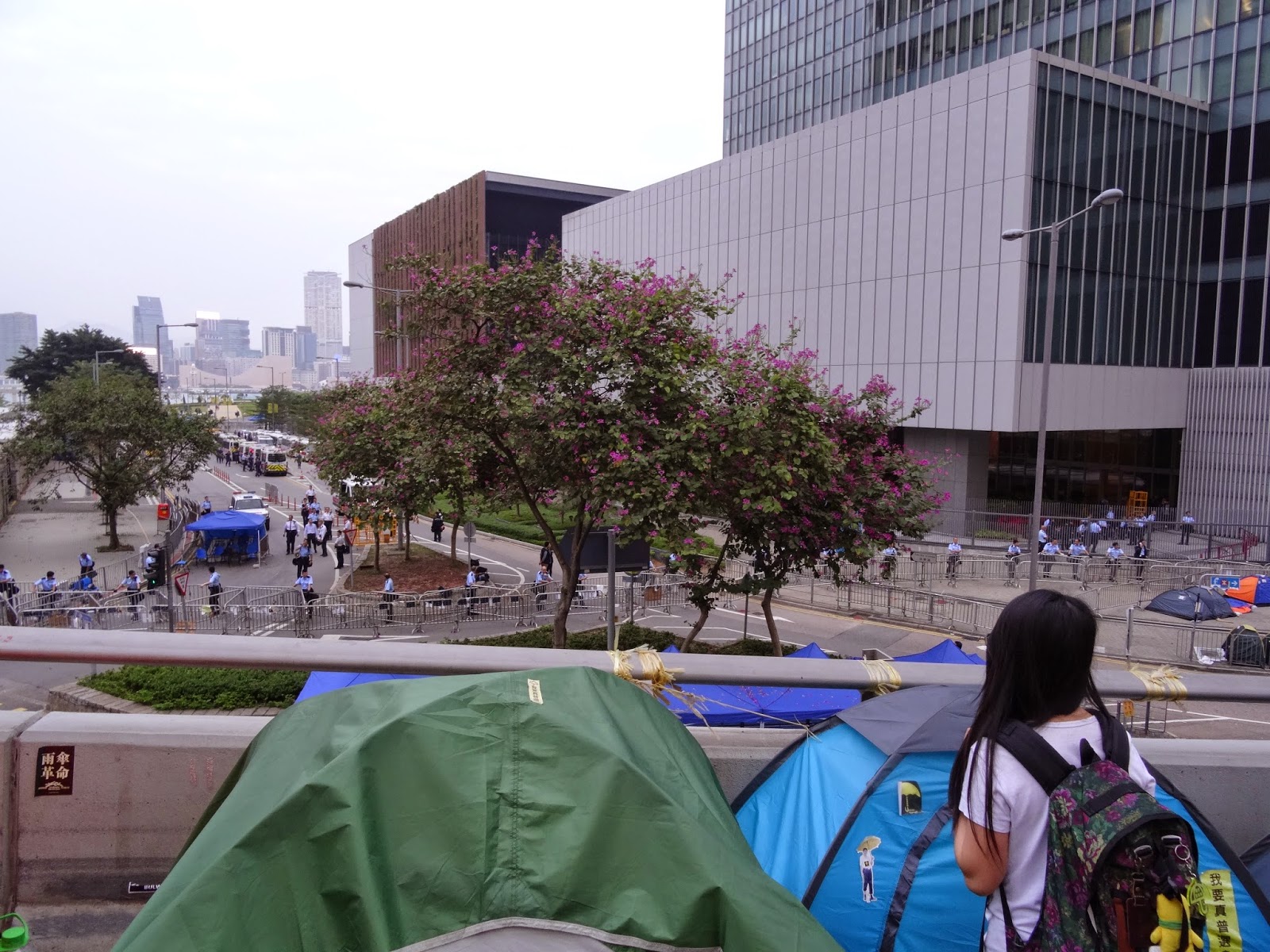 More police today at Admiralty than in recent weeks 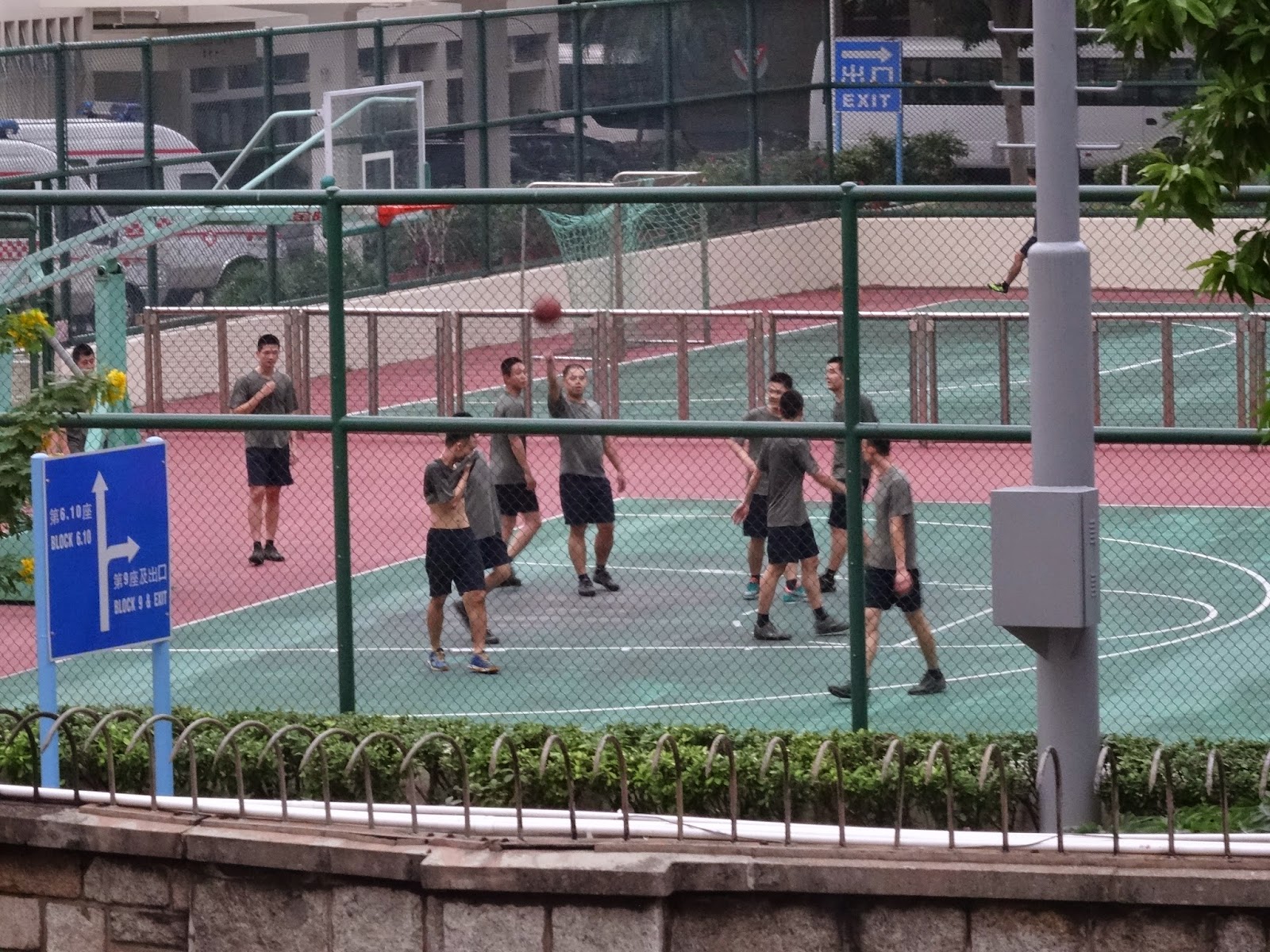 Members of the PLA also could be seen... playing basketball
within their barrack grounds, that is! 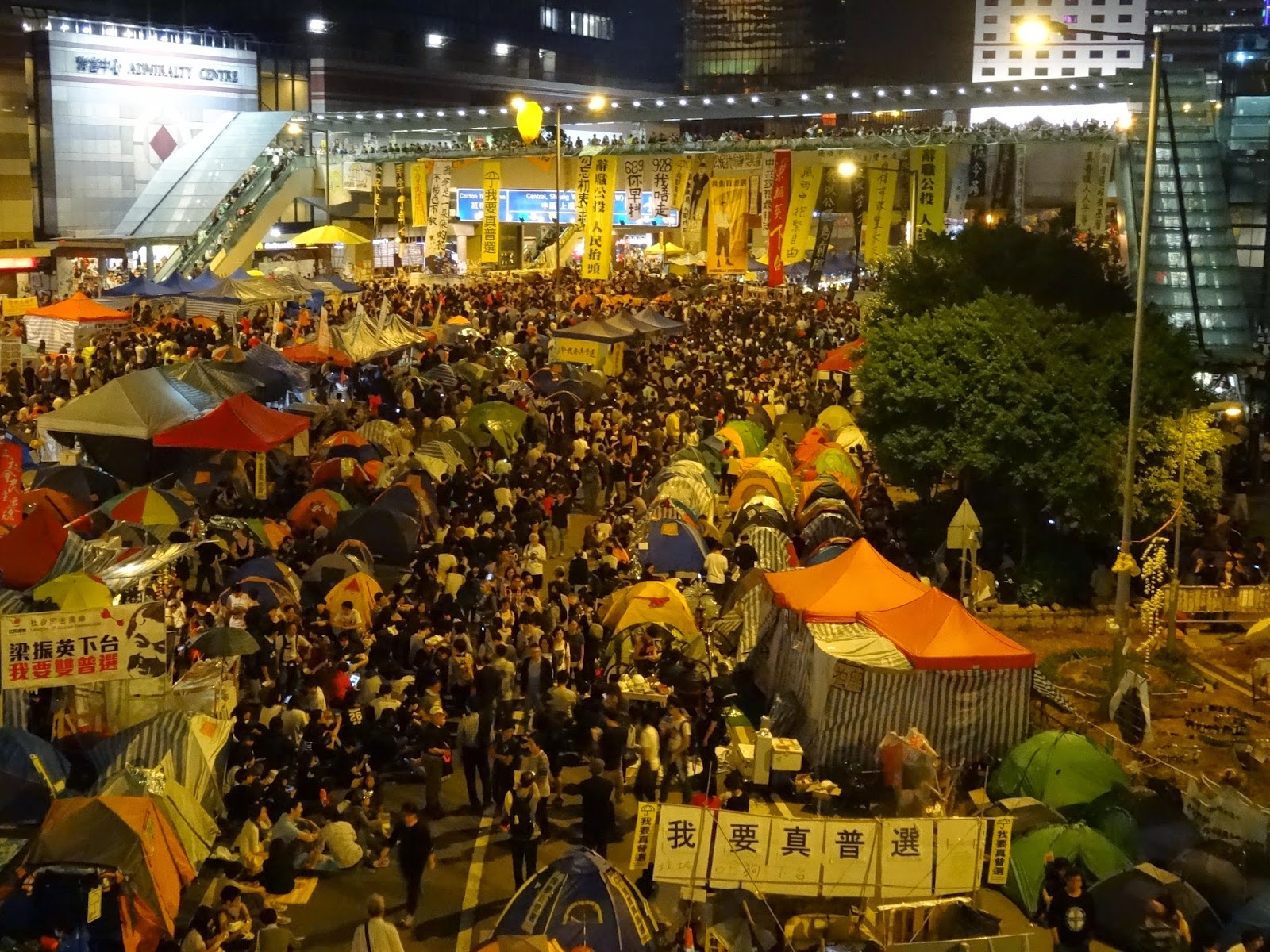 The sizable crowd at Admiralty earlier this evening


I spent several hours today at an Admiralty that was so peaceful for a time that I actually fell asleep for a couple of hours there.  Around me, people were doing what I've come to view as normal in an Umbrella Movement protest site: reading books, strolling around, looking at and reading signs and messages posted on walls and various other surfaces, creating art, freely offering up yellow ribbons and other items to others in the area.


Even so, I did realize that things were different from the last few times that I visited, including last weekend; what with there being a  visibly larger than previously police presence on the edges of the protest area, visibly larger crowds of people than I've seen for a time, and student leaders having asked Umbrella Movement supporters to gather at Admiralty this evening.


At the same time though, it still comes as a shock to find out, upon returning home and checking Twitter, that in the time since I left Admiralty, the police have used pepper spray on people there in a bid to stop them from encircling the government headquarters!

Reportedly, 3,000 police were posted at Admiralty today, with another 4,000 officers assigned to Mongkok.  Right now, Admiralty seems to be where the action is -- but whither Mongkok tonight, I wonder?  In any case, this much is clear: the protests have escalated at the beginning of week 10 -- a week that few, if any, people foresaw that the Umbrella Movement could and would last until -- and many protesters are no longer just sitting around!
Posted by YTSL at 11:10 PM

Maybe it's the taller PLA soldiers who are into basketball...