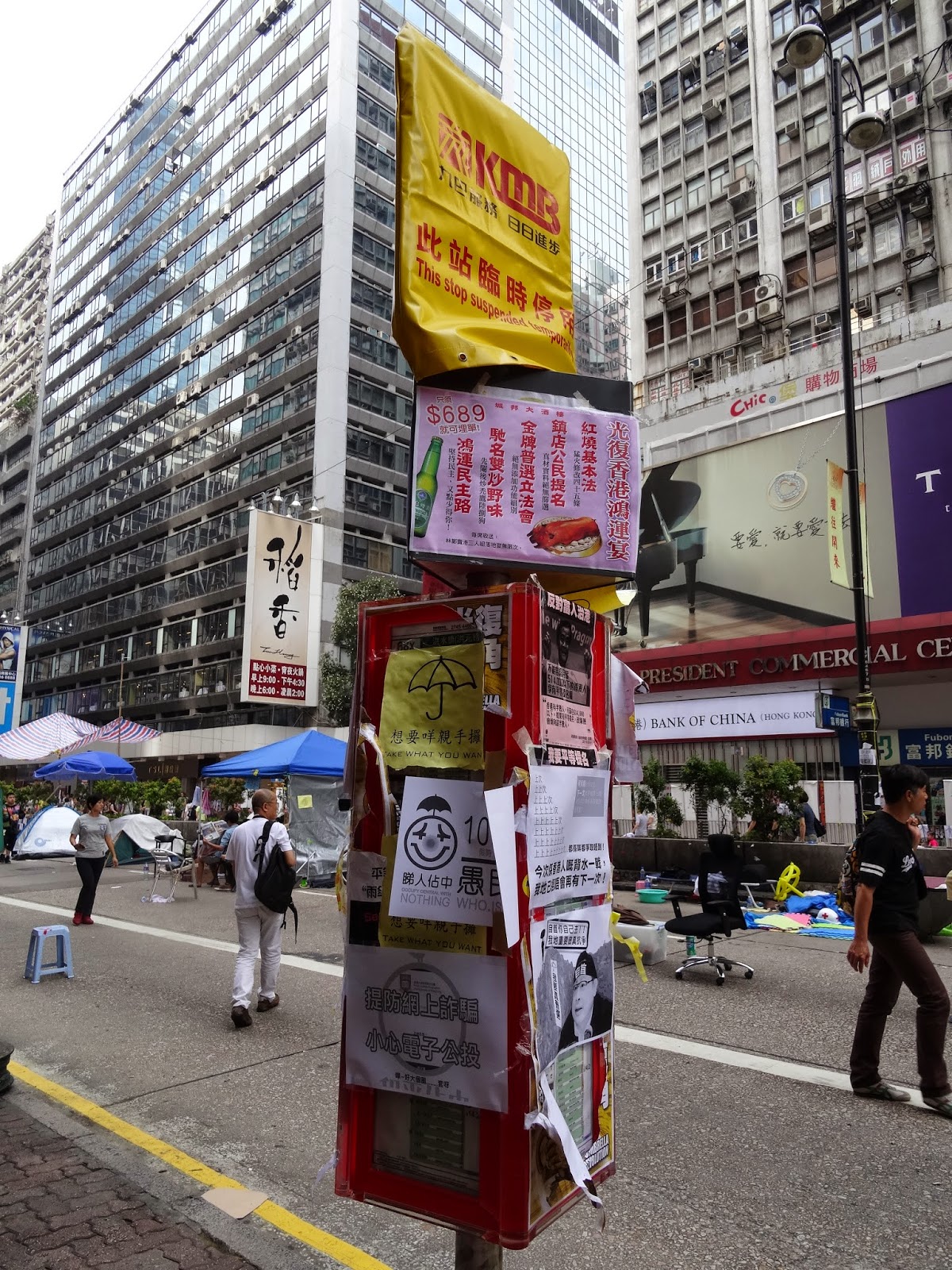 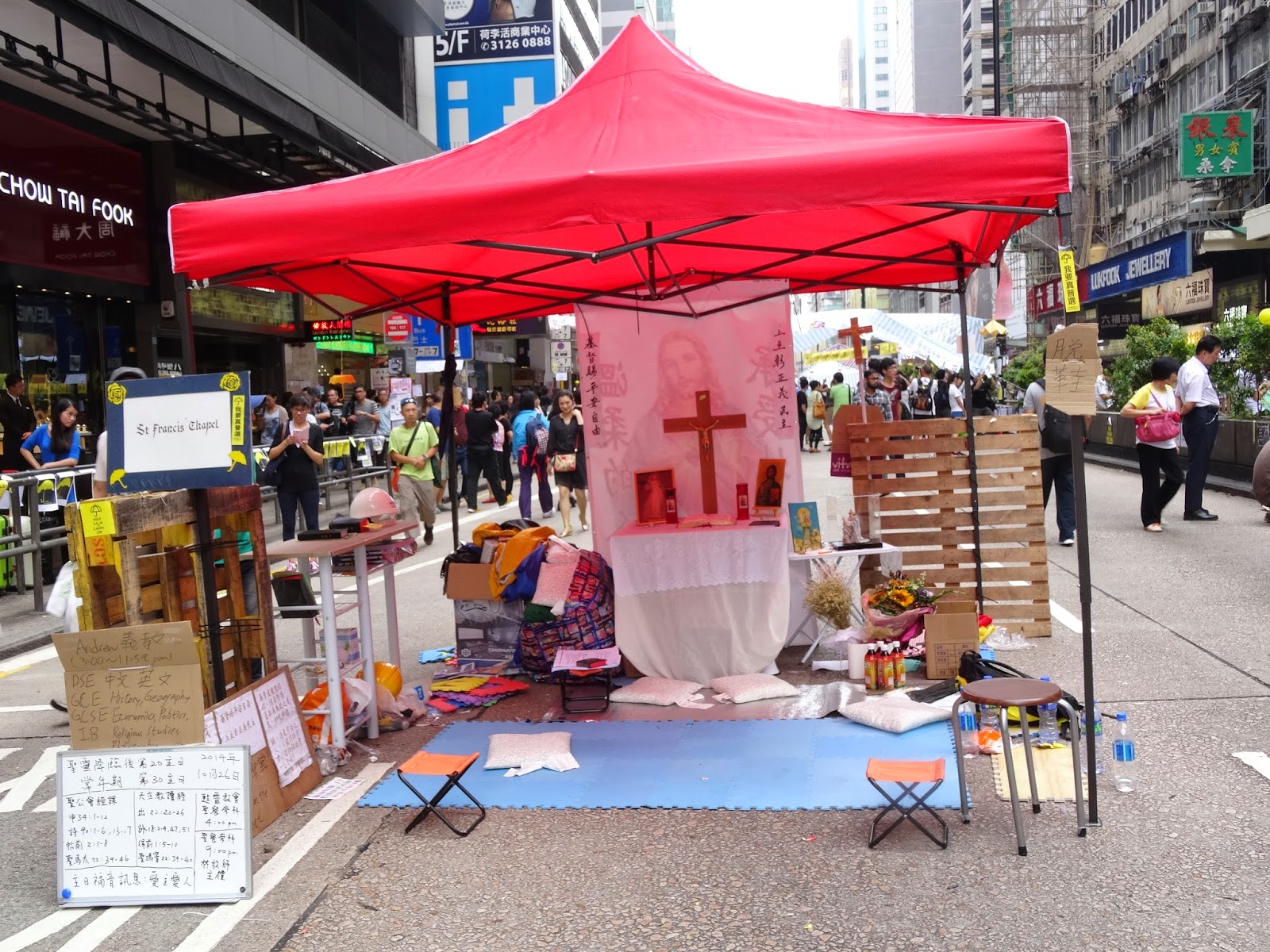 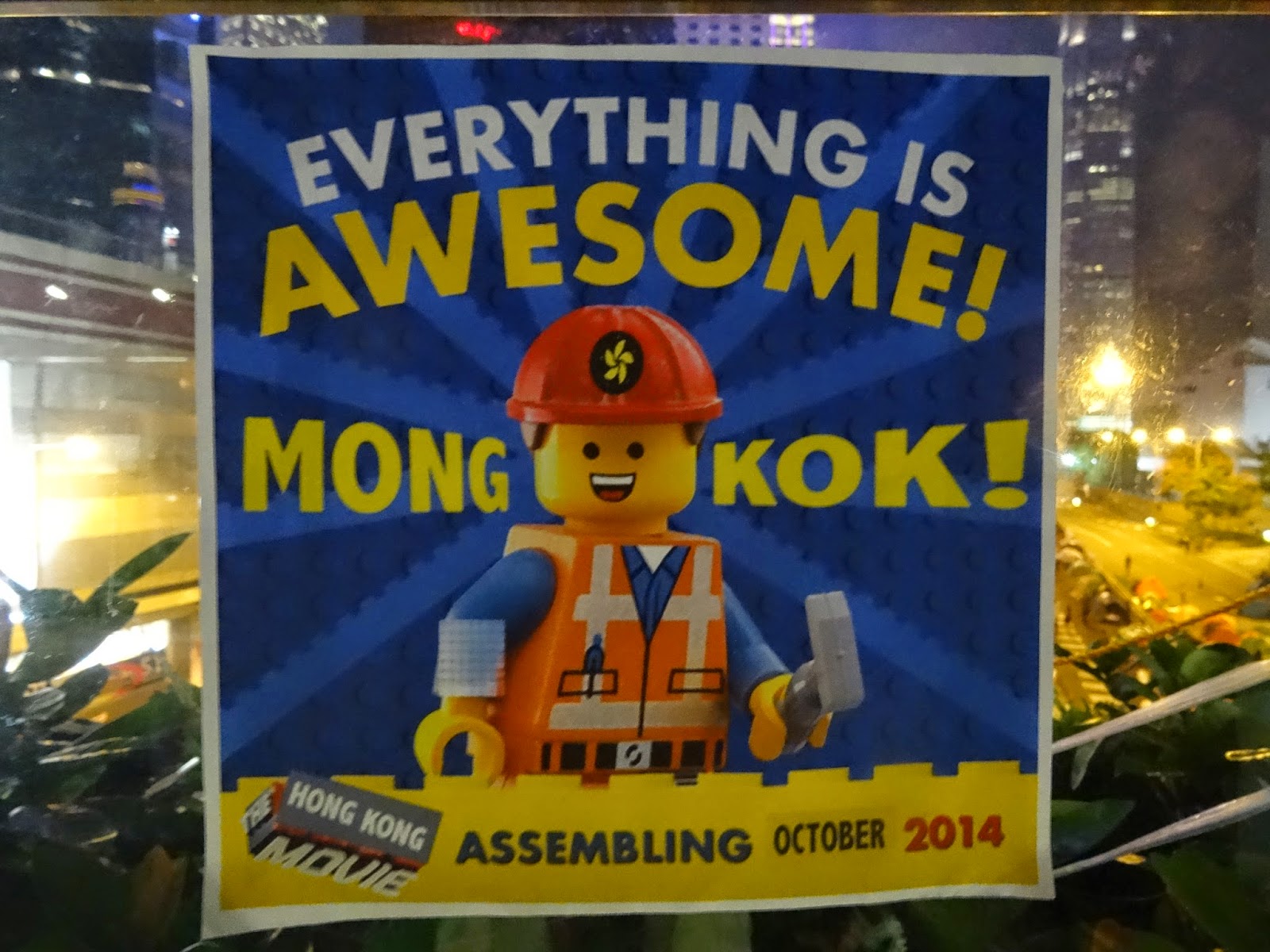 Awesome in Mongkok in October, less so this day in
November but whither later, including, December, etc.?


A lot has happened in the two days since my previous blog post.  To briefly recap: yesterday morning, bailiffs -- with thousands of police officers there to provide support -- began clearing the Argyle Street section of Occupy Mongkok.  Initially, things proceeded peacefully but some hours later, things became violent, with the police unleashing pepper spray and a new weapon given the name "tear spray" by the media onto protestors and arresting a number of them.

Then today, the bailiffs -- again with the police on hand and, this time, also with a mystery group of people wearing red caps and "I love Hong Kong" t-shirts -- worked at clearing Nathan Road.  Again, there were attempts at resistance, clashes and arrests, including those of Scholarism's Joshua Wong and the Hong Kong Federation of Students' Lester Shum and Jason Szeto.


Reports have Nathan Road having been completely cleared -- and there not being any roads Occupied any more -- at this point in time.  But crowds of protesters have also gathered in Mongkok, ostensibly to "go shopping", as per the suggestion of the gaffe-prone 689, before he jetted off to South Korea yesterday -- and I would not put it past people to retake sections on behalf of the Umbrella Movement, the way that was the case after it was (initially) erroniously reported on October 13 that Occupy Mongkok was no more.

Put another way: The Umbrella Movement looks to be down at the moment but I'm not going to count it out or give up on it just yet.  Also, rather than dampen people's spirits, the action taken against the protesters in Mongkok might actually have the effect of radicalising their thoughts and making a number of people seek to escalate the protests, including in ways that may not be all that peaceful.


Indeed, at Admiralty over the weekend, I spoke to a young man who already had been advocating doing such.  To people like him, I'll repeat here what I told him: Please do not expect foreign governments to come to the aid of protesters here in Hong Kong, so please do not entertain thoughts of sacrificing yourself in order to effect that.

Rather, to my mind, the key to winning this battle has to be one's fellow Hong Kongers.  And the battle to win hearts and minds is ongoing -- in cyber- as well as "meat"-space -- and is one that is worth fighting for.
Posted by YTSL at 8:38 PM