Into week nine of the Umbrella Movement 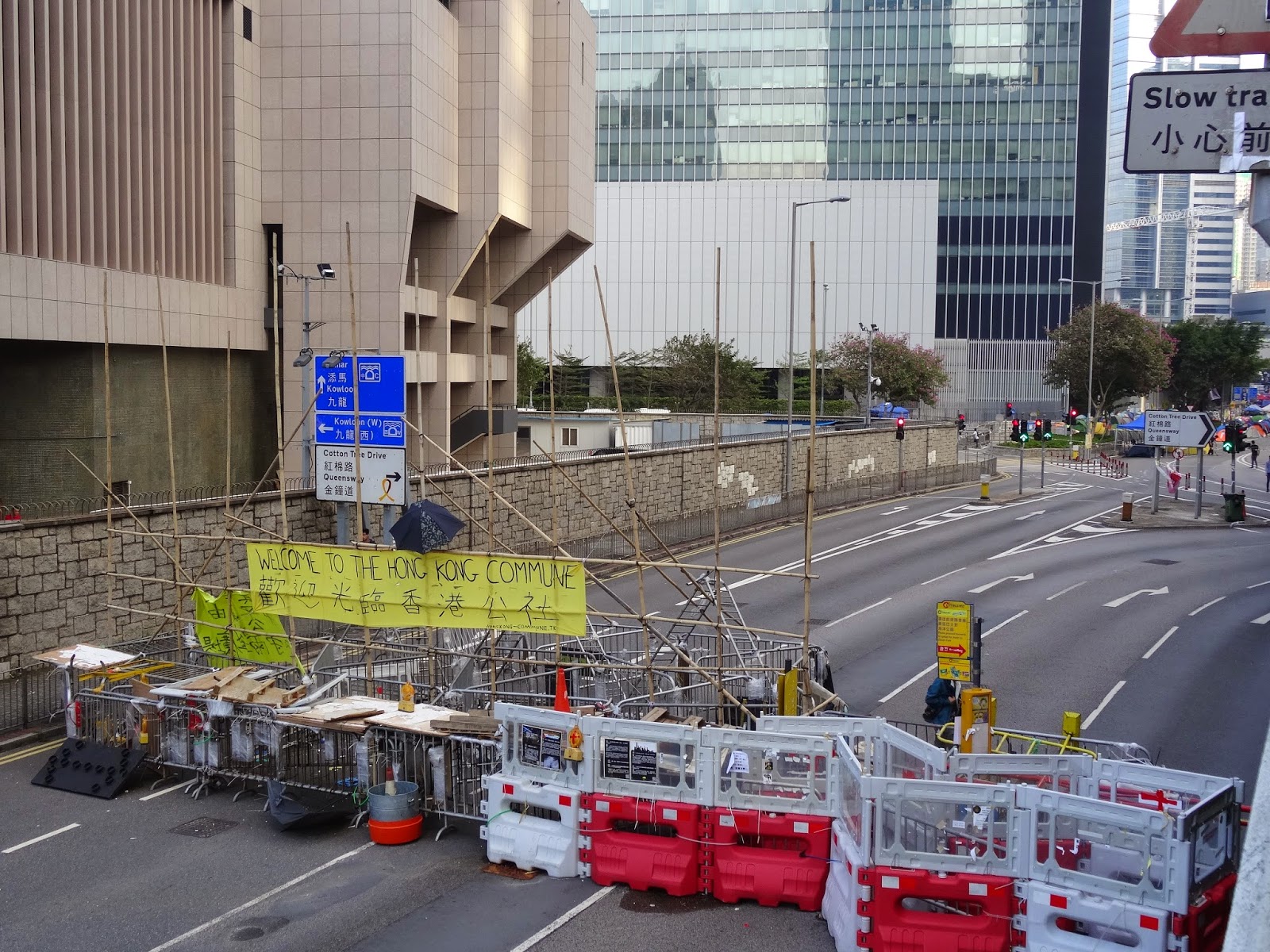 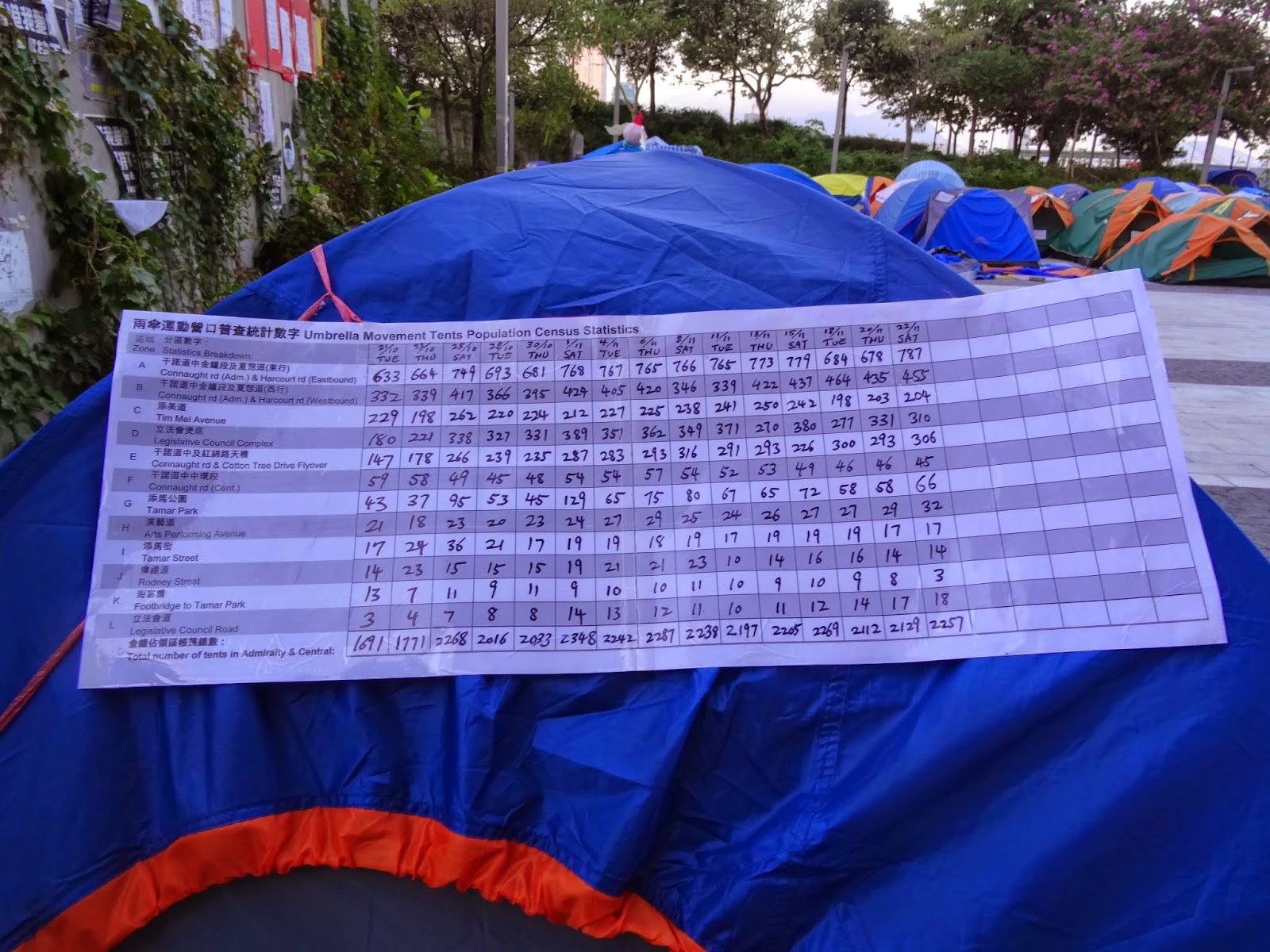 According to this census report, there have been
over 2,000 tents at Admiralty since October 25

More than once since September 28 (i.e., slightly more than eight weeks ago now), my friends and I have wondered "What would first time visitors to Hong Kong make of this?" when hanging about the Umbrella Movement's protest areas.  This afternoon, I got an idea via a conversation I had with a first time visitor to Hong Kong from France while he and I waited for the designs we had printed gratis on a  sweatshirt of his and a t-shirt of mine to dry.


As I suspected, he had little idea of how truly unusual the sight he was witnessing was -- one that few Hong Kong residents ever could have imagined that Admiralty (and for that matter, the occupied areas of Mongkok and Causeway Bay too) could look like prior to September 28, yet actually may have themselves come to think of as no longer all that extraordinary!


It's not just that major roads are bereft of cars and other motorised vehicles, and there are lots of tents and other designed-to-be-temporary structures on them.  Rather, it's also that there are people casually doing stuff like strolling about on these officially pedestrian-free areas, sitting and lying about, having conversations and discussions, even reading and studying -- some in an area specially designated for such, to boot -- on them, printing designs on T-shirts, etc., etc. -- and that many of these people, prior to September 23, probably had never ever engaged in acts of civil disobedience before.


Something else I gathered from the conversation was that this visitor -- -- who had just arrived in Hong Kong today -- was impressed by the number of people out today.  Part of me wanted to say to him, "Aah, but there had been so many more protesters here some weeks back" (as can be seen on this wonderful Youtube video that also has English subtitles for Beyond's Boundless Ocean Vast Skies).  But the truth of the matter is that even I am touched by how many people remain out there in what is now the Umbrella Movement's ninth week.