Speak (up) or forever hold your peace! 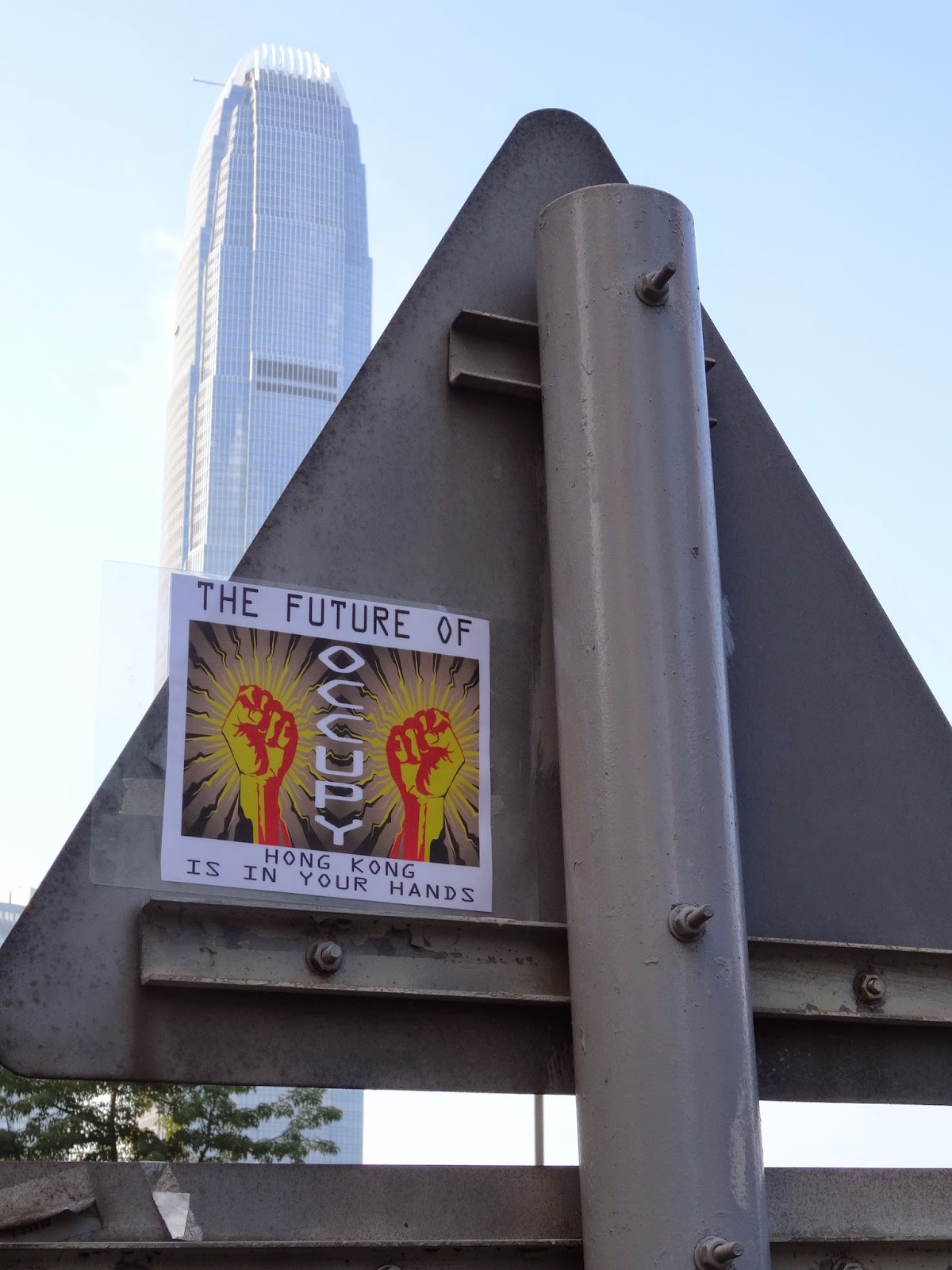 The time to act is now! 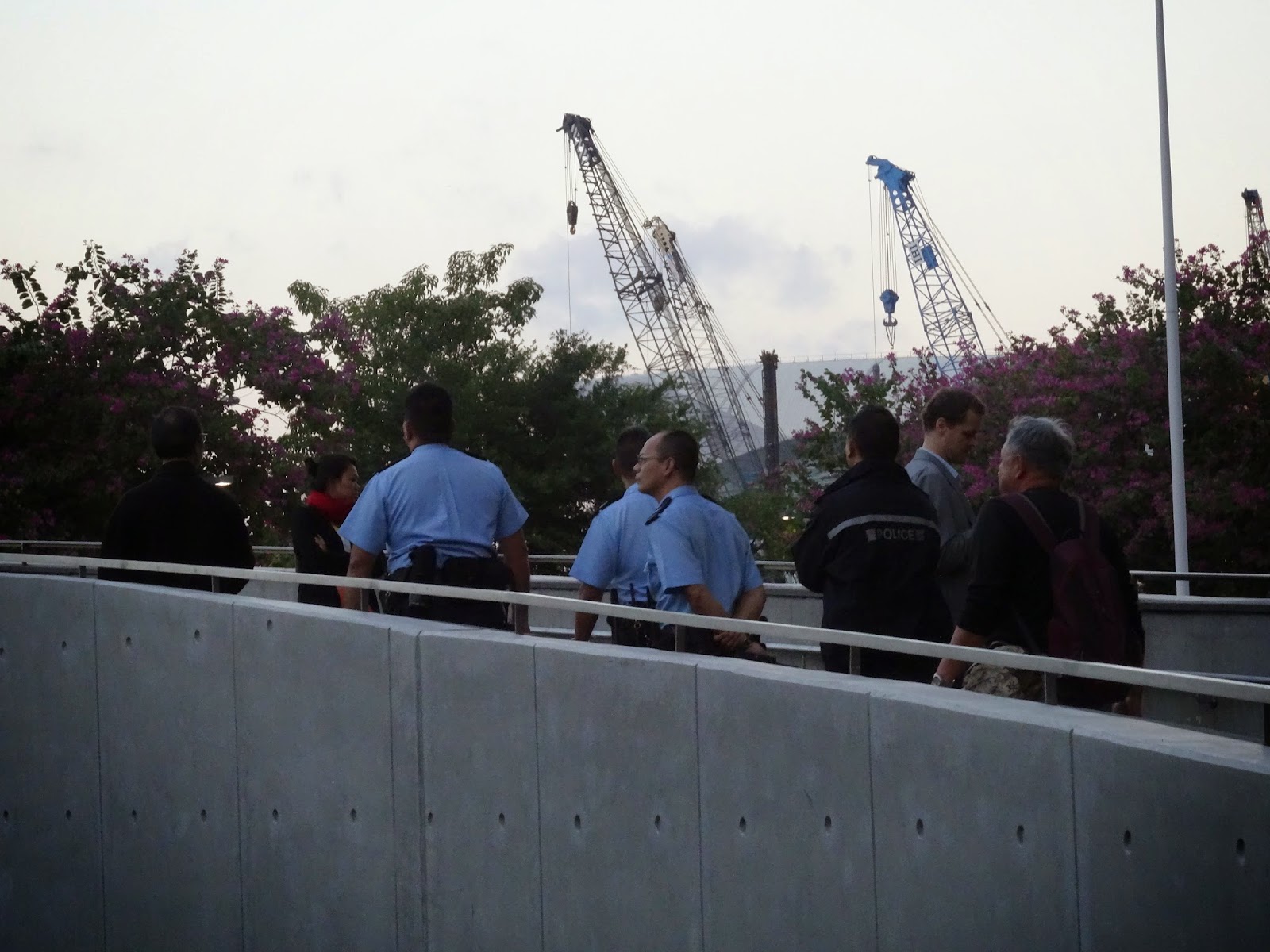 This not least because the vultures look to be circling... 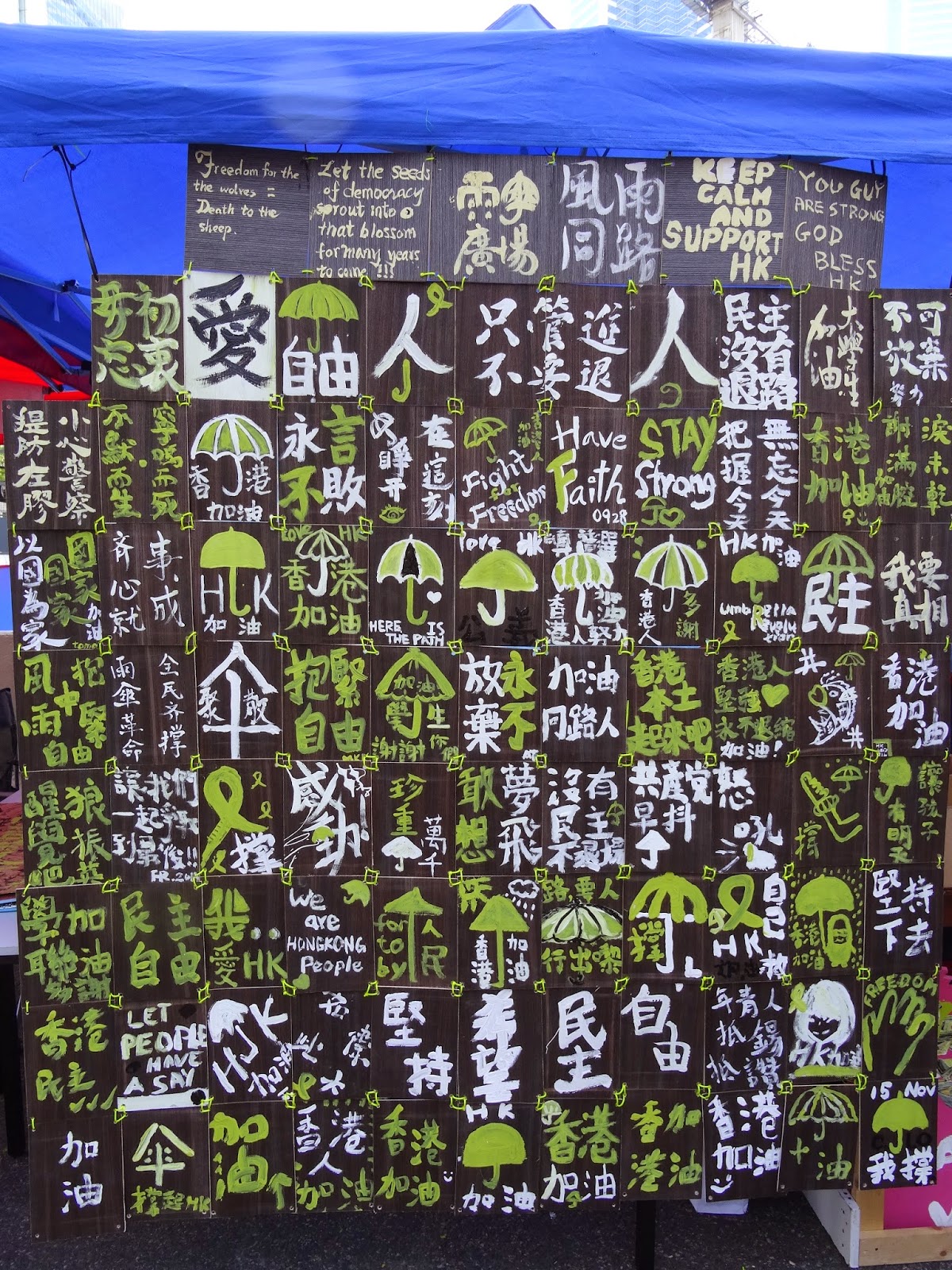 So vote with your feet and have your say
while you still can!

Among the many signs currently on view at the Admiralty protest area is one with the following messages on it: "Many hands make light work.  Encourage more people to go to the streets."  Agreeing wholeheartedly with the former sentiment (and also believing in the idea that there's strength in numbers), I've been trying to play a part in effecting the latter.
Over the course of doing so, I've encountered people who are loath to go to the Occupied areas because they are not supporters of and even are openly against the Umbrella Movement.  I've also know of people who aren't outright anti-Umbrella Movement but still are apt to sit on the fence with regards to it, some of whom have expressed some curiosity as to what's going on in the protest areas but have yet to go check things out for themselves (and this despite their living here in Hong Kong).
Then there are those who profess to be sympathetic to the Umbrella Movement but who have not yet been to the Occupied areas because they are fearful of encountering violence there (yes, even after I have told them of my having been dozens of times, and felt pretty safe for the most part).  And -- most puzzlingly of all, to my mind -- there's been at least one person who told me she supports the Umbrella Movement but had never thought to go protest because so many people were already doing so, that she didn't think it was needed for her to do so!
I realize that some of these people -- some of whom I would call friends, still -- are ones I'll never be able to convince, and that we'll just have to agree to differ in terms of our views about the worthiness of the Umbrella Movement.  But to those of you who have been meaning to go but have been postponing doing so for one reason or other, and especially to those who feel that their presence and participation are not needed: I think it's high time you did something -- because when and if this movement is halted due to such as (perceived) lack of support, it really will be no use regretting your not having acted (sooner).
Posted by YTSL at 8:29 PM

Stop voting for the likes of DAB, UNITED FRONT, or any parties of Regina Ip at the next LegCo elections...

Stop? What makes you think visitors to this blog vote for the likes of DAB, etc.?