Art and protest are alive at Occupy Mongkok (Photo-essay)

At work today, a colleague (who's also a good friend) and I told each other of our having been to Mongkok over the weekend -- she on Saturday, and me yesterday.  I commented, and she agreed, that to hear some people talk, the protest area there is this super volatile, dangerous place.  And yet, on the occasions that we've been, we've both felt pretty safe in the main.

Sure, Occupy Mongkok does look somewhat worse for wear than the equivalent site at Admiralty.  Also, more people can be seen smoking there than at Admiralty or Causeway Bay (and once -- but just once! -- I saw a few empty beer bottles lying on the street).  But in many ways, that's par for the course in terms of Mongkok's general image as a place that's grittier, more grimy and/but also more "real" than many other parts of "Asia's World City".  And here's also providing proof through my photography that there's not to say that art and culture are missing from it! 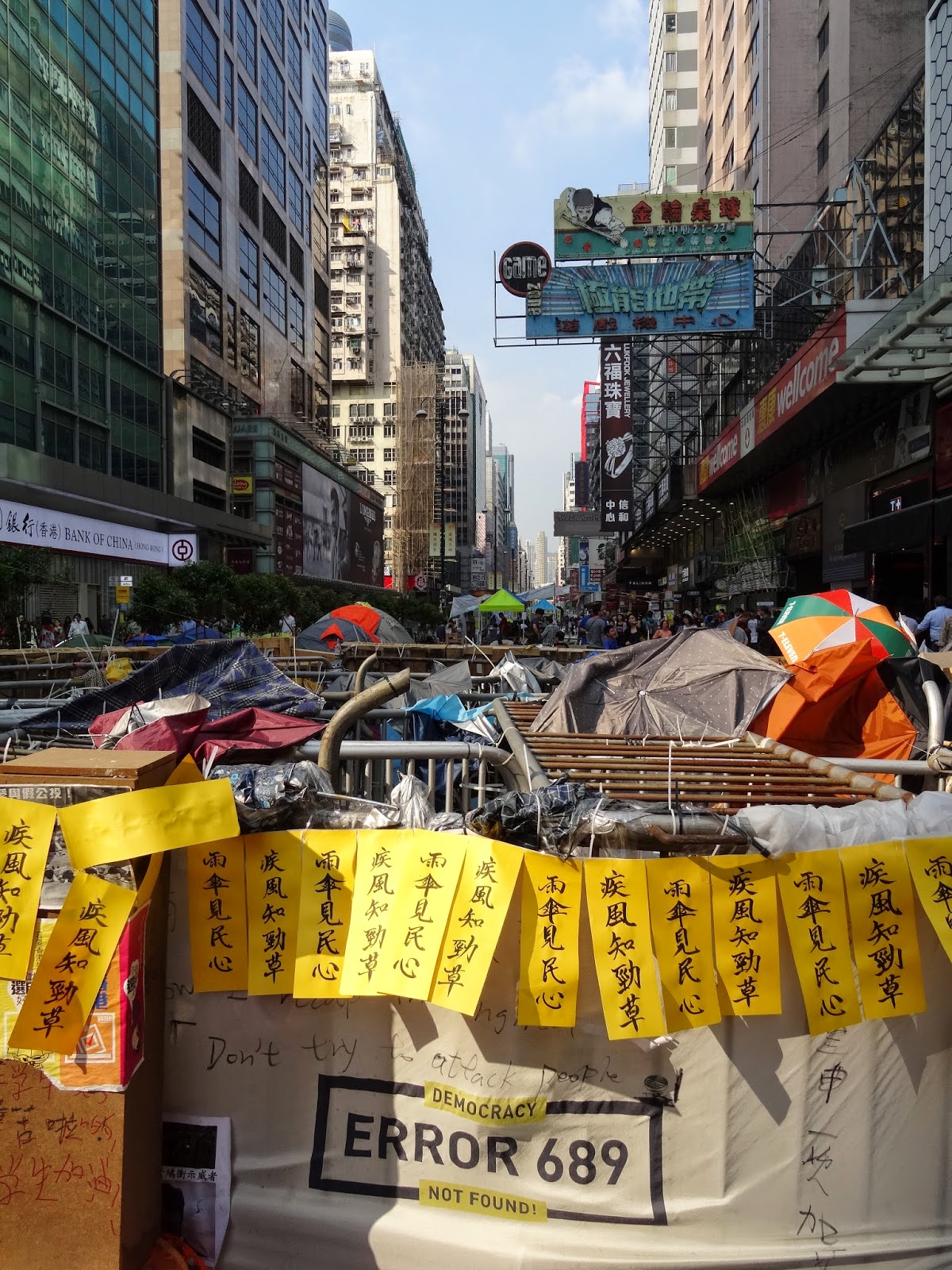 Not so long ago, it would have been well nigh impossible
to imagine Nathan Road looking like this 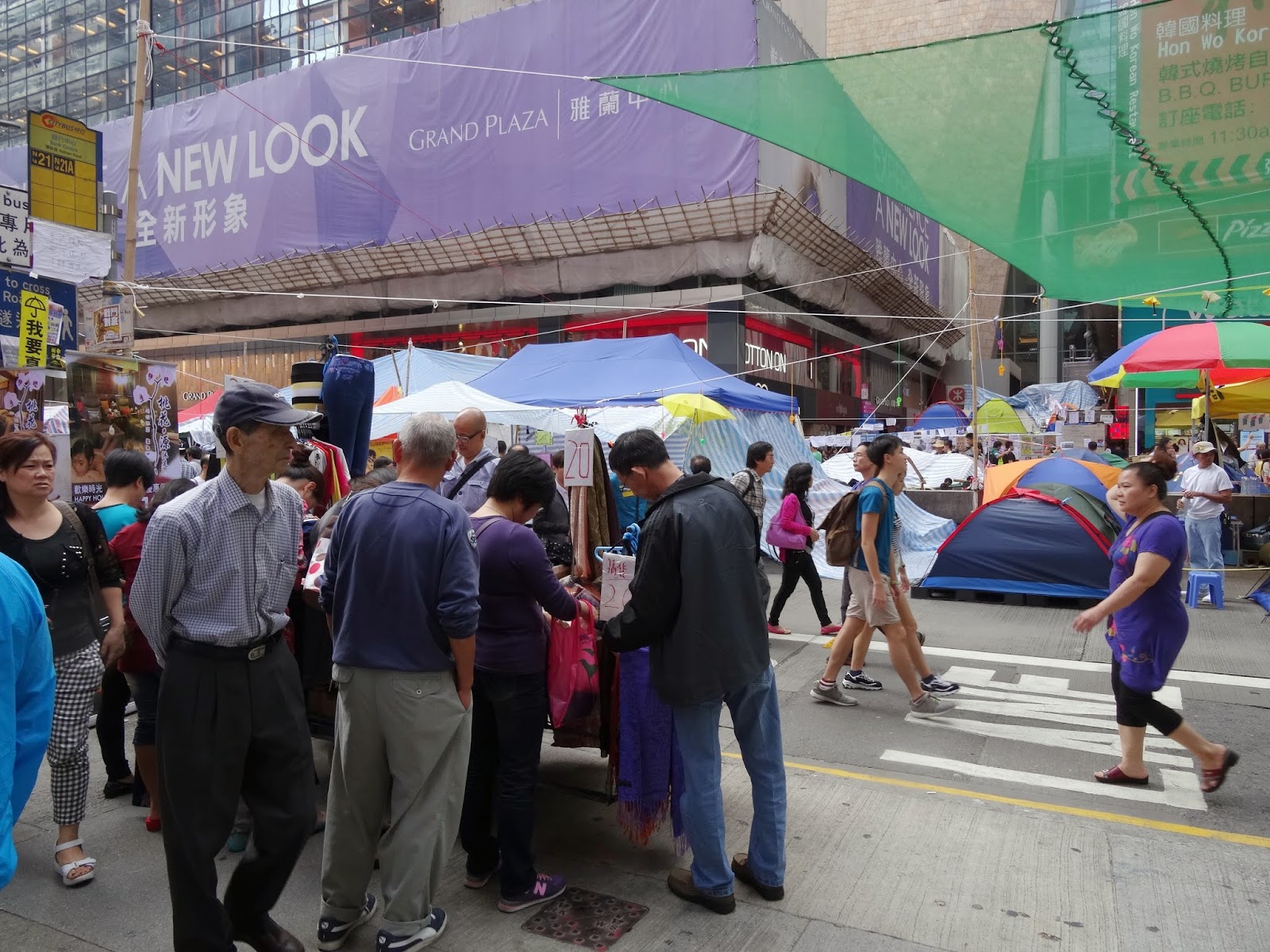 Even these days, it's easy to think that nothing's
seriously amiss when seeing scenes like these 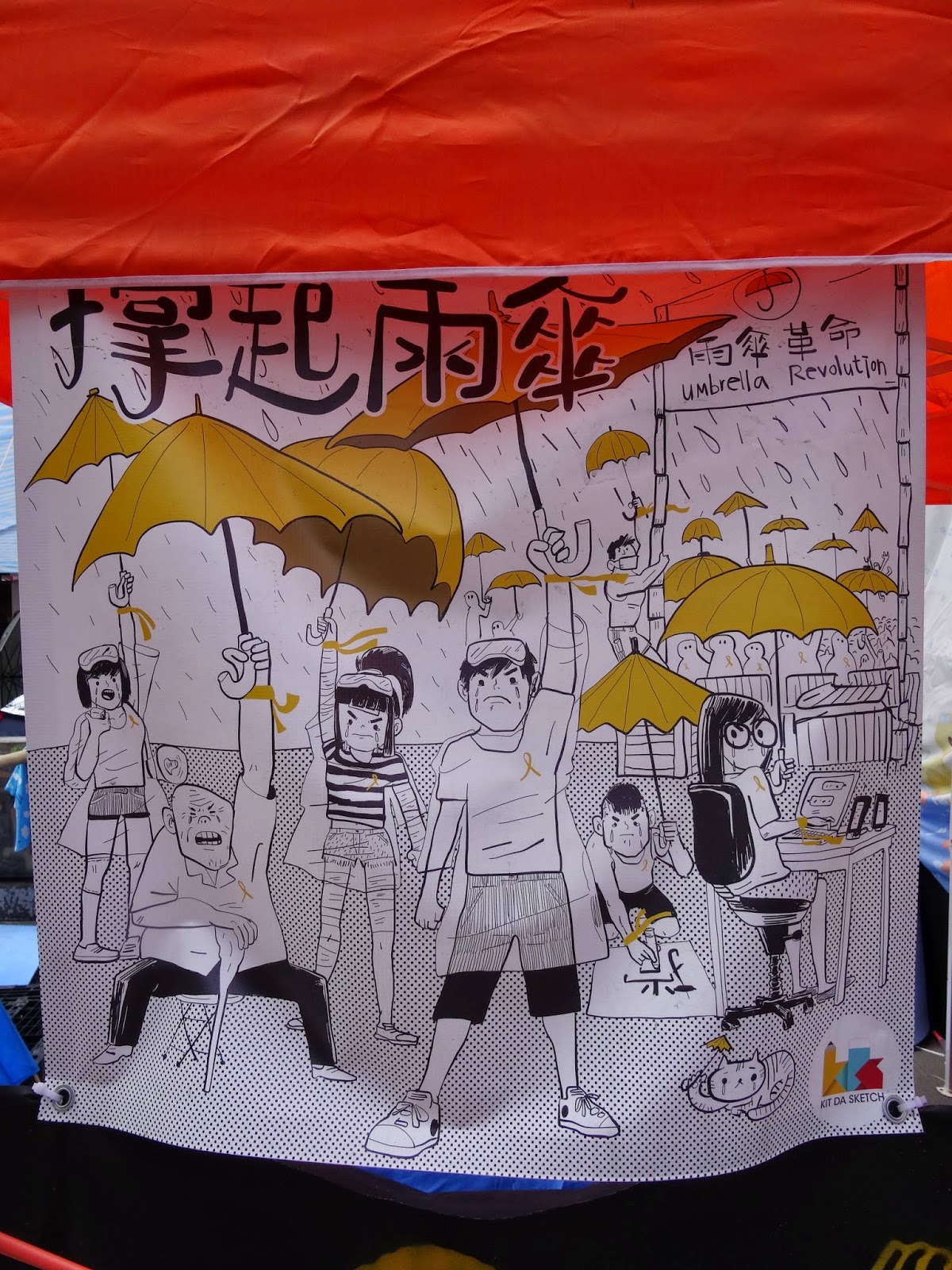 In the meantime though, behind the barricades
can be found artistic works like this one depicting
various Umbrella Movement protesters 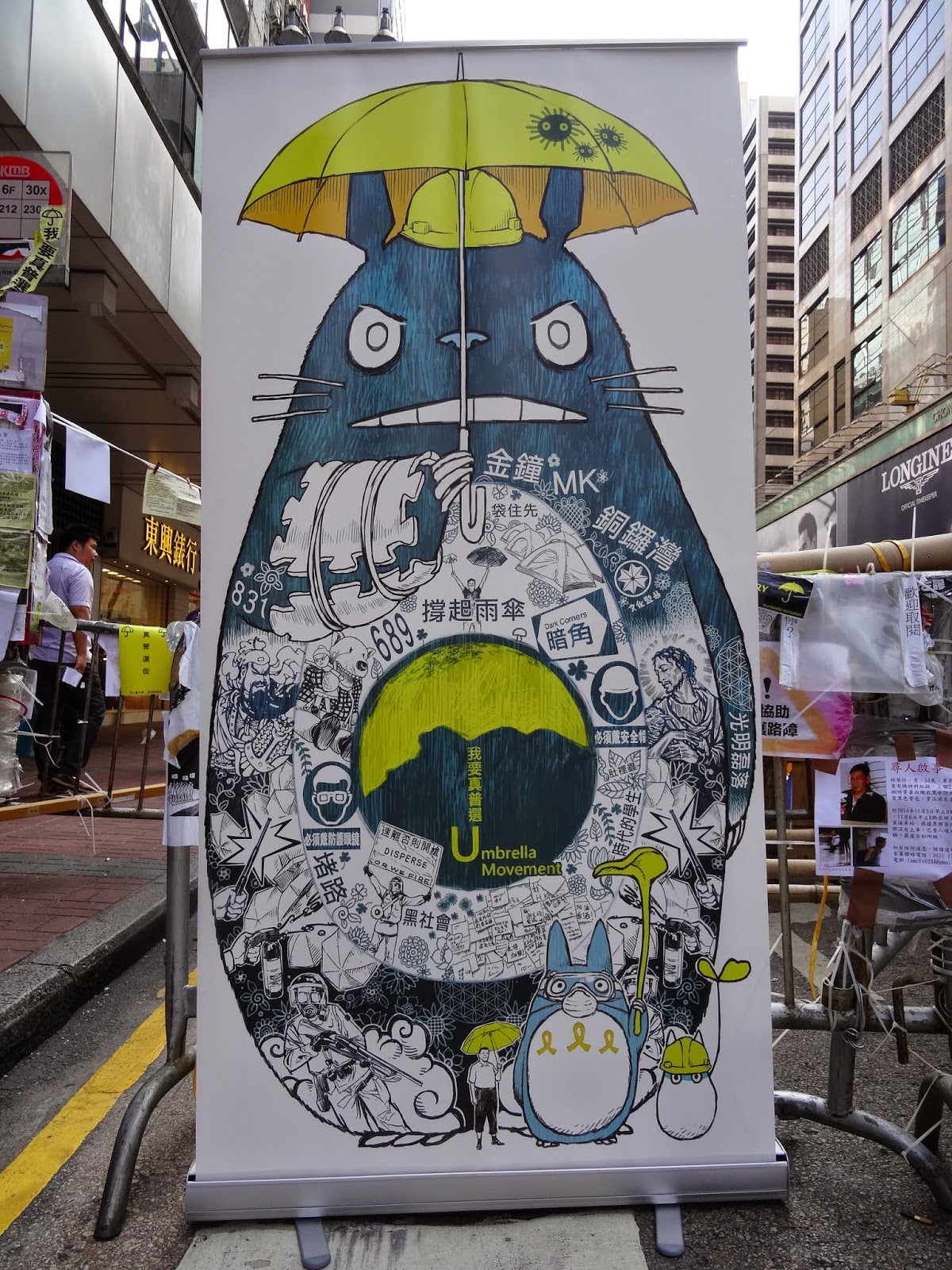 The "angry Totoro" that also can be found in
Causeway Bay (and, in smaller forms, at Admiralty) 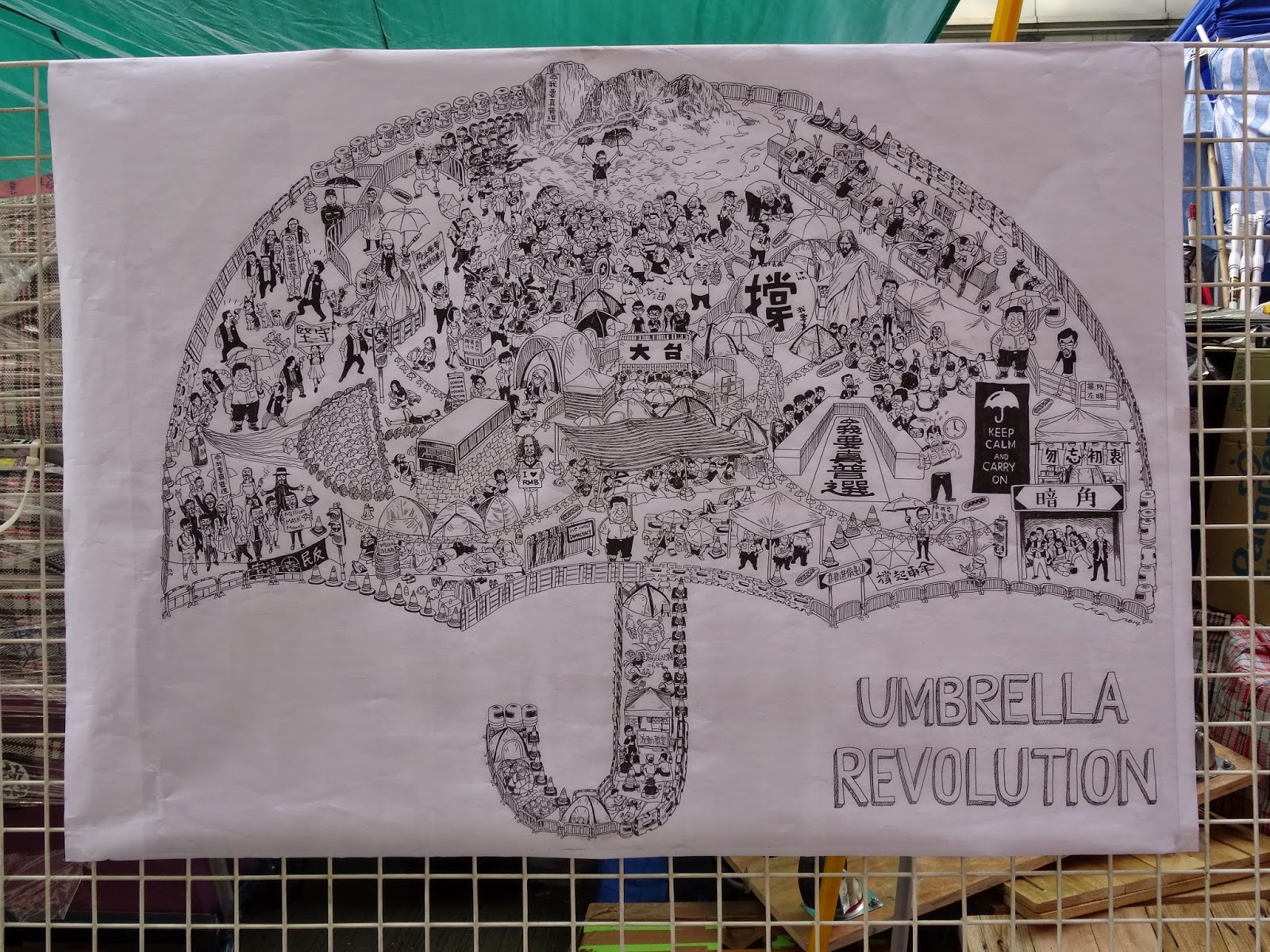 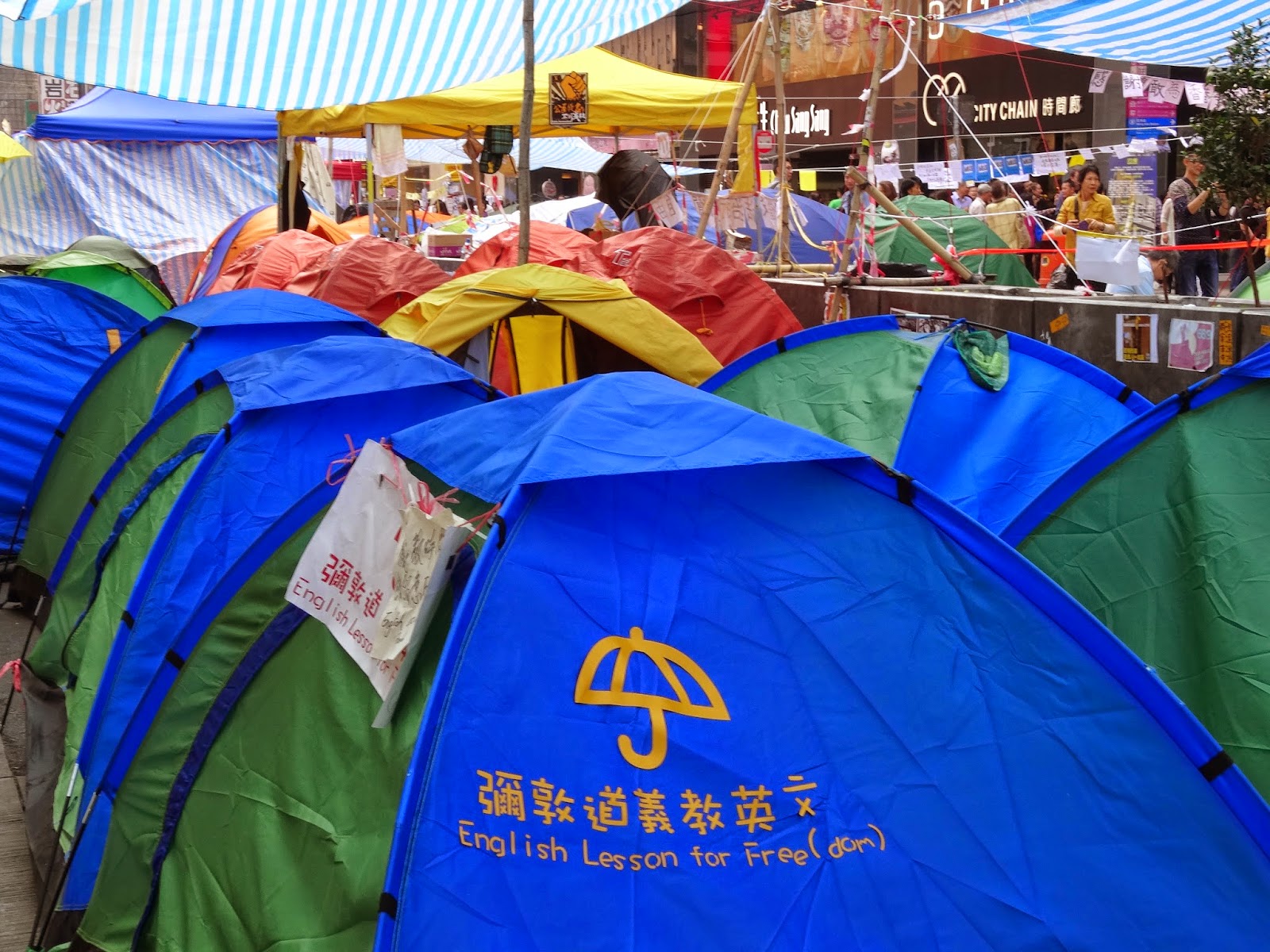 As at Admiralty and Causeway Bay, there are lessons
as well as items that people are volunteering to give 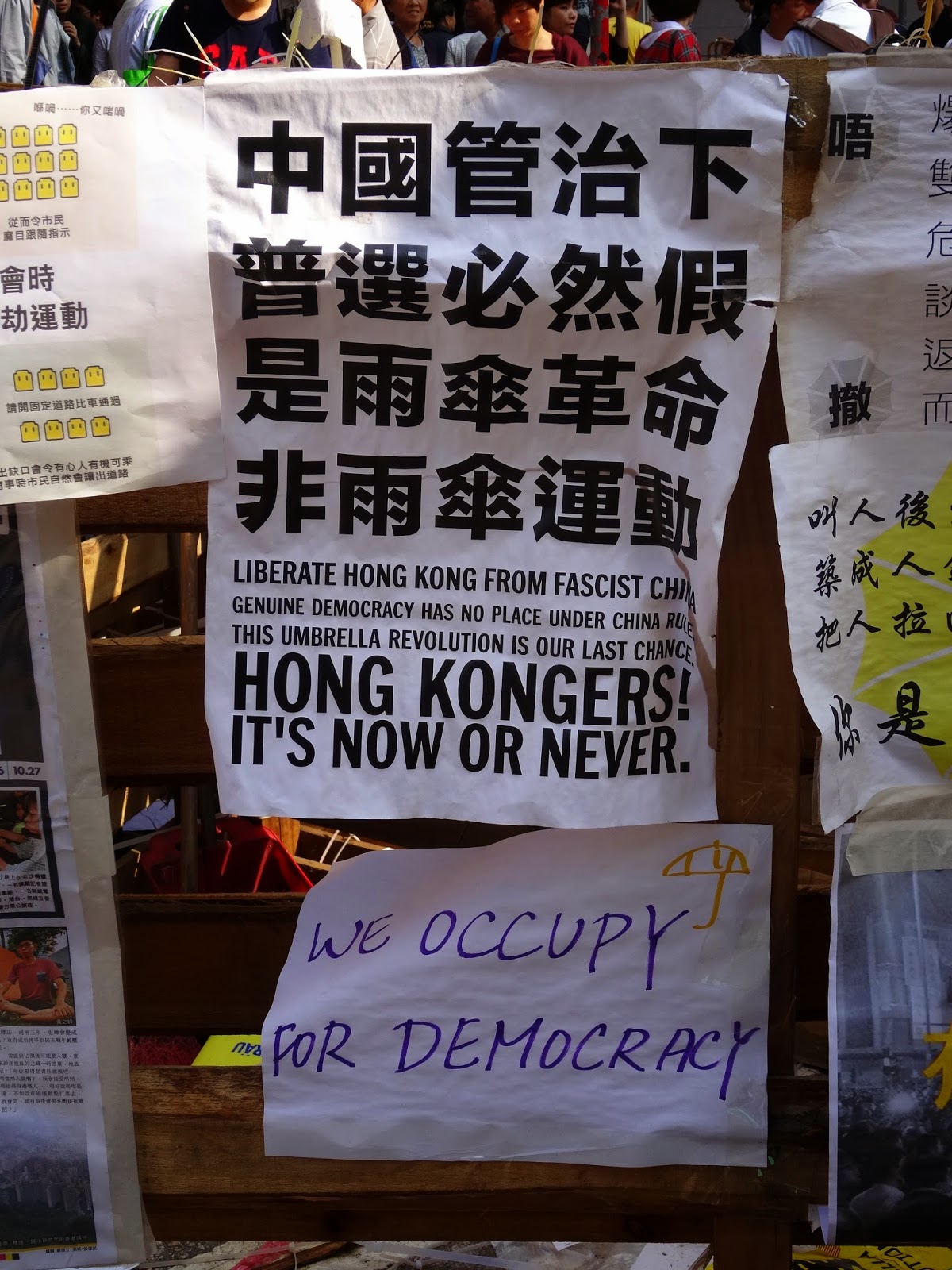 Still, it's most definitely not all fun and games there
-- as these signs serve to remind people 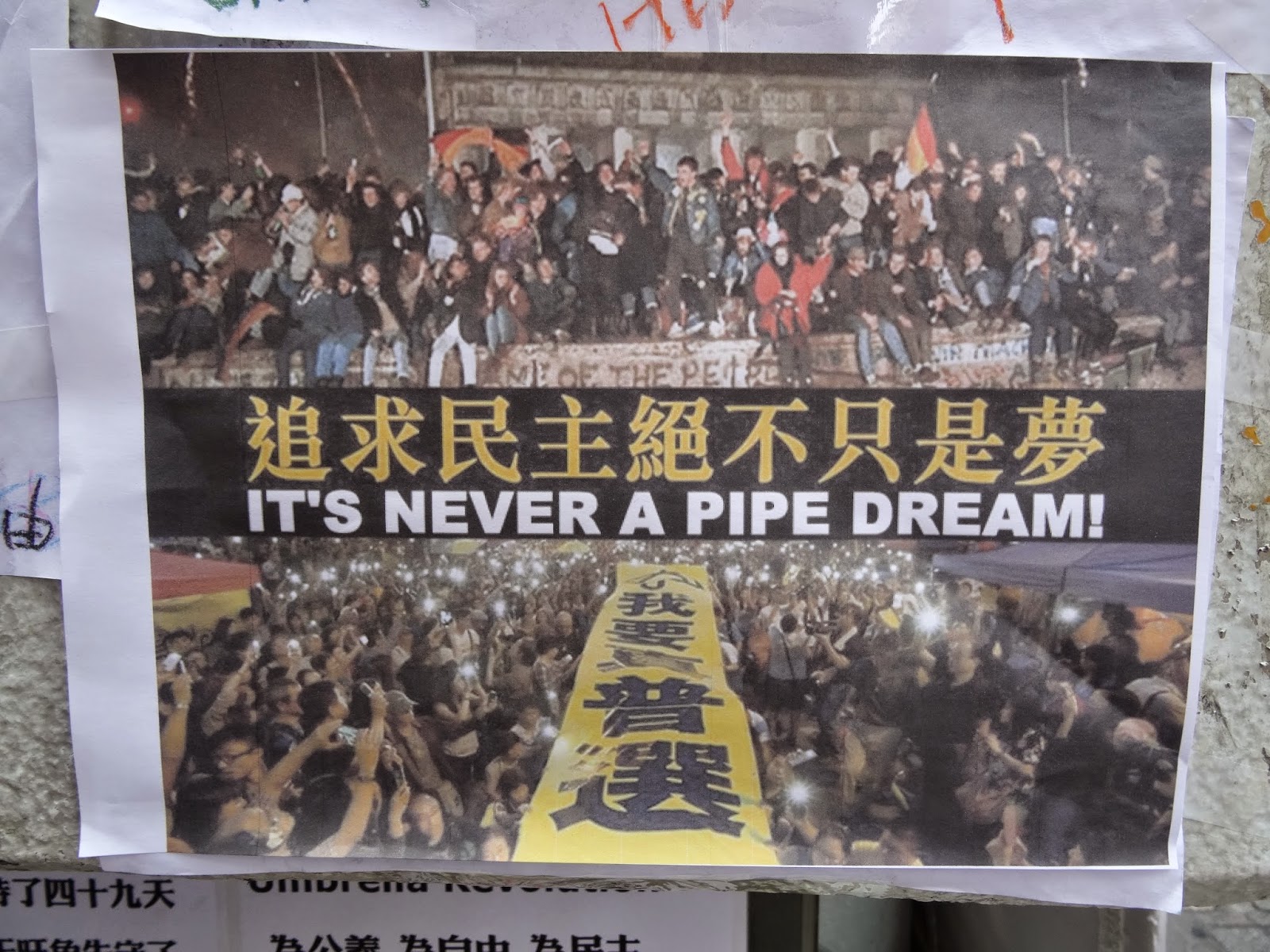 An encouraging sign, and thought to bear in mind
Posted by YTSL at 8:49 PM