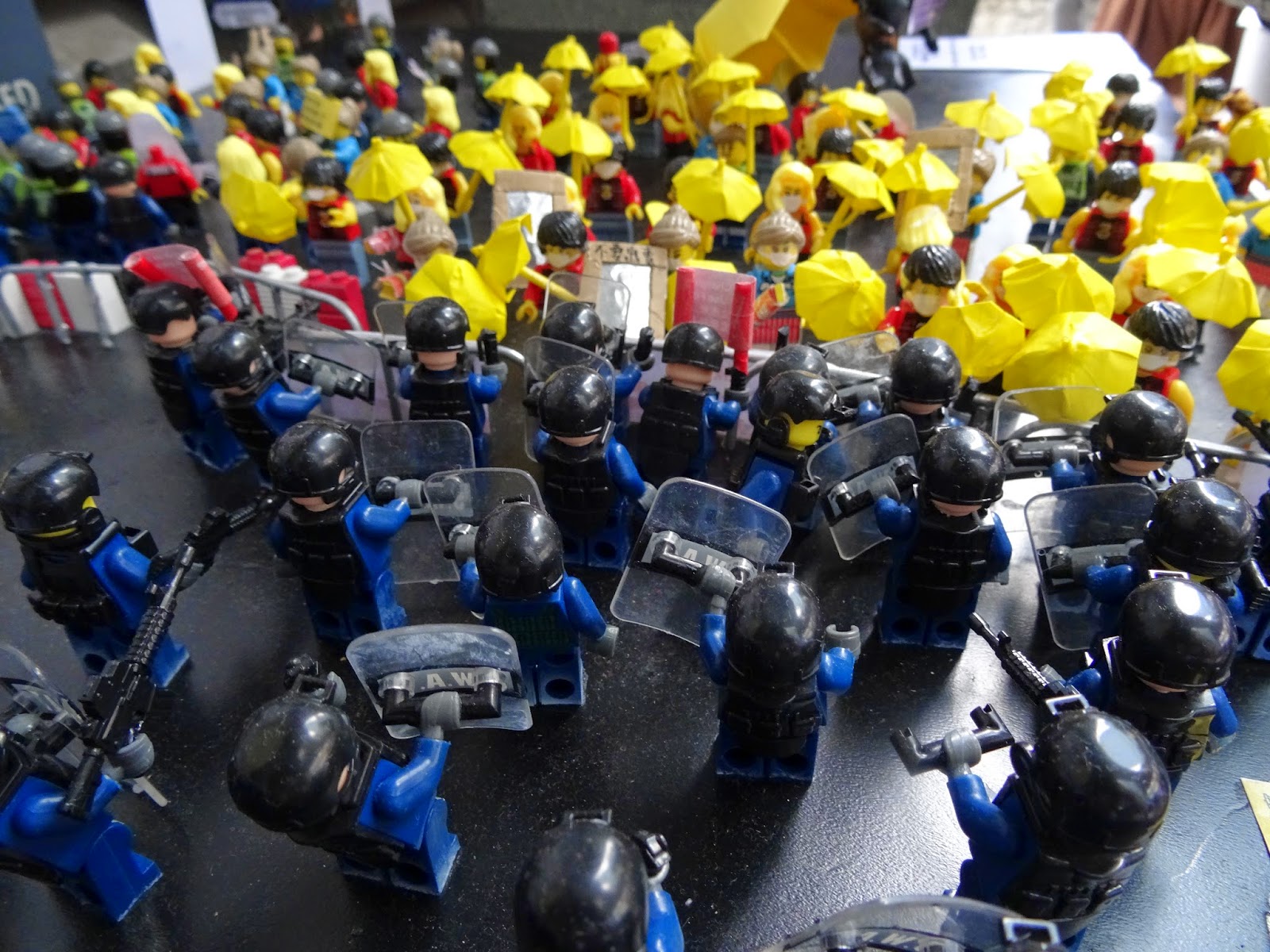 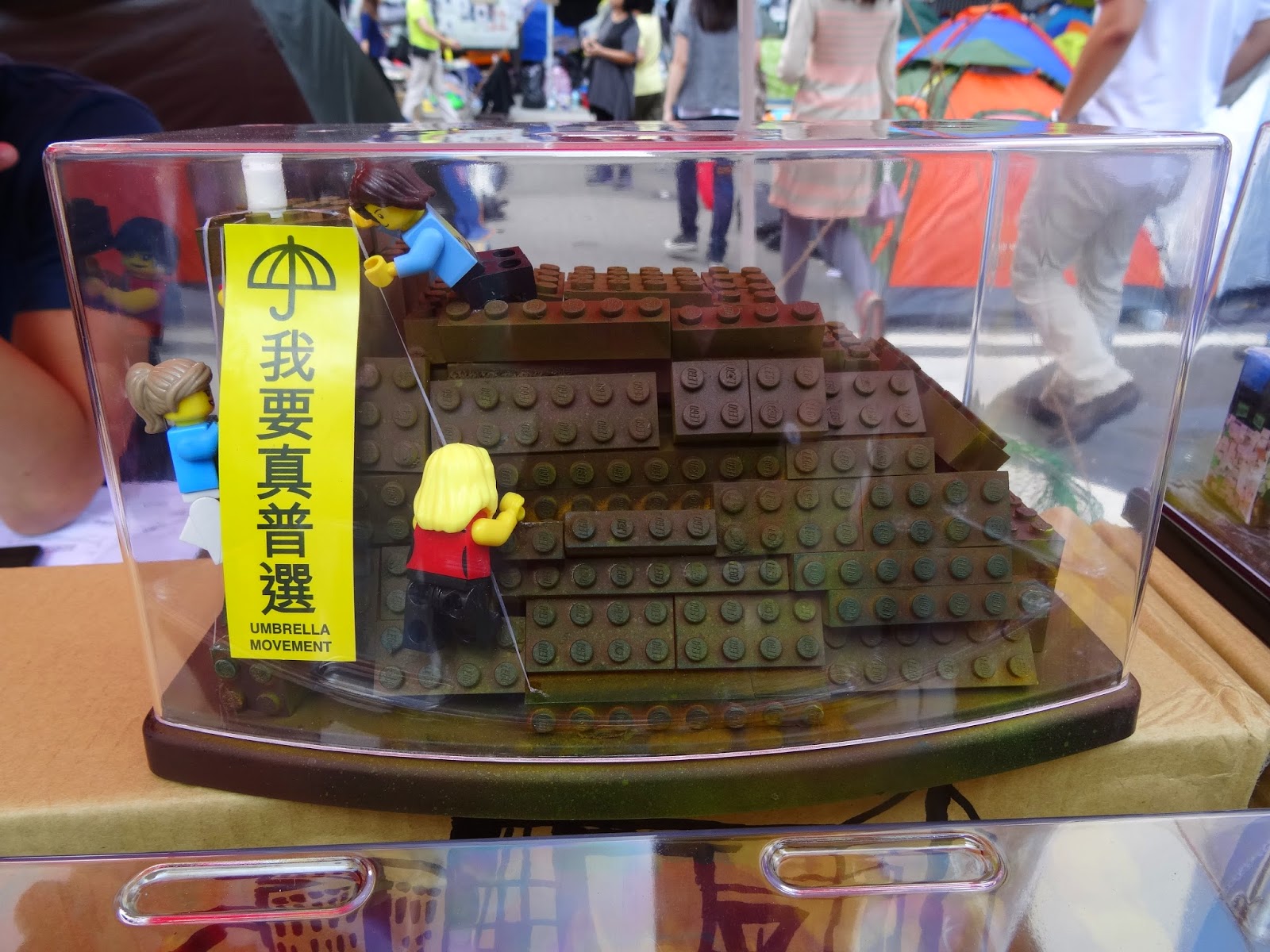 
While strolling through Tamar Park yesterday evening with a friend, I got to thinking of another friend's lament after I had shown her photos of the cool street art found in Penang's UNESCO World Heritage-listed section of George Town. "Why," she had asked, "can't the public art in Hong Kong be like that?"

Instead, as can be seen in that 1.76 hectare public space located adjacent to the Central Government Offices and Legislative Council Complex, the art on display in government created and operated gardens and such often manages to be simultaneously overly "safe" and silly looking.  (And the same often holds true as well for the art on public display at corporate created spaces like Swire Properties' Via Fiori located between Taikoo Place and Taikoo Shing.)


So imagine the surprise and joy of many people who share this opinion when beholding the refreshingly interesting -- and unpretentious -- creative efforts by Umbrella Movement members and supporters that are on show in the protest areas.  Admiralty particularly is a great place to view some really inspired artworks.

And while I've got too many 2-D favorites to list, here's stating for the record that my favorites of the three-dimensional works seen thus far are: the iconic Umbrella Man; the paper Totoro figurine which has been standing guard at the entrance to the Legislative Council Complex for some weeks now; and the Lego figurine reconstructions of a detailed scene depicting a standoff between groups of protesters and police, and a companion piece showing Lion Rock, complete with "I want universal suffrage" banner and a couple of representations of the people who enacted that inspired stunt! ;b
Posted by YTSL at 11:19 PM

HI YTSL -- I want to see the latest Lion Rock sculpture that was unveiled at Admiralty!!!

And to those who don't know what we're referring to, go to the following link to find out more:-
http://www.scmp.com/news/hong-kong/article/1631127/if-occupy-cant-come-mountain-replica-lion-rock-unveiled-admiralty

One can make statement using anything. Art is wonderful for that