Occupy Mongkok this afternoon (and a bit of Hello Kitty too) 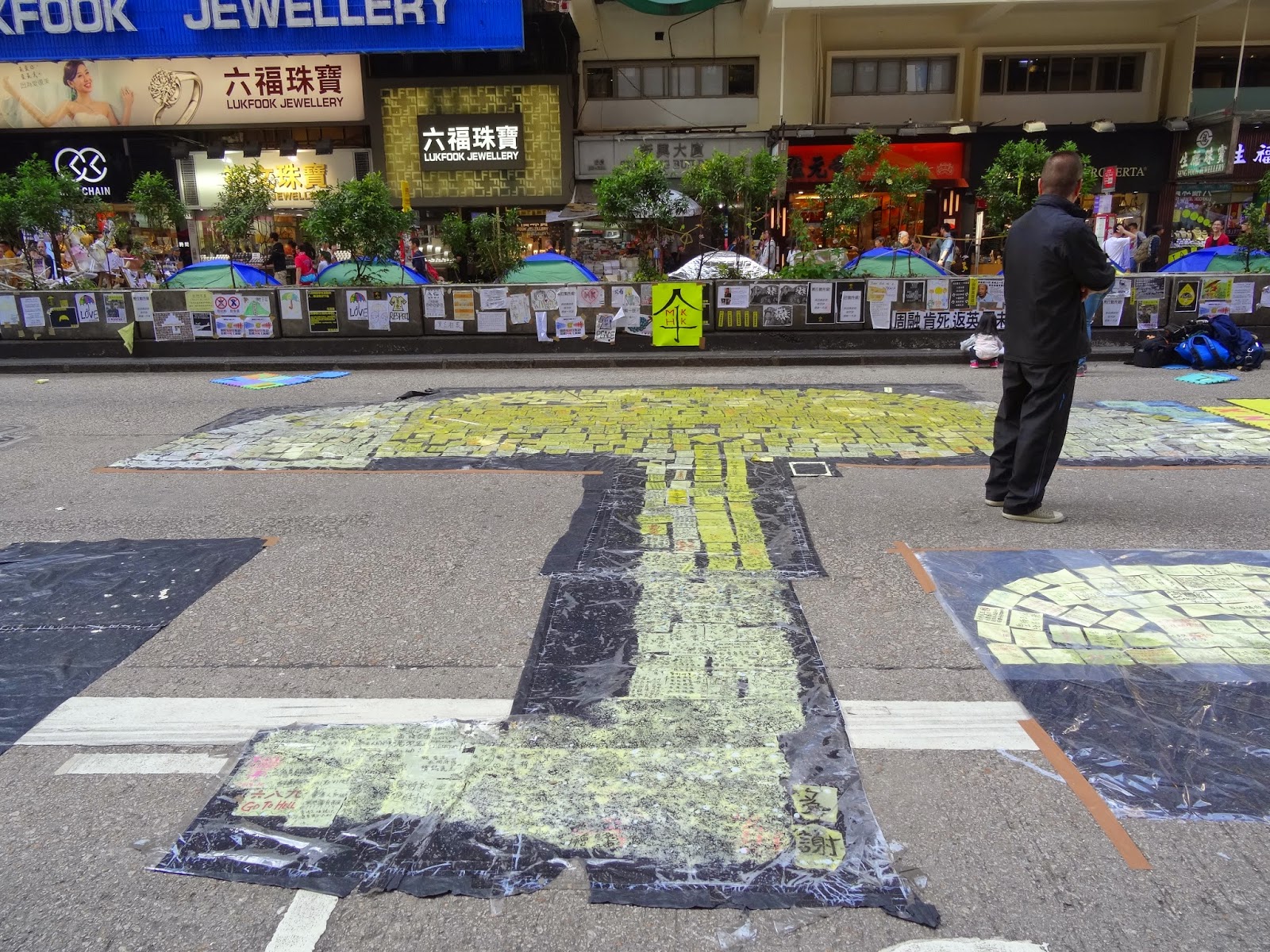 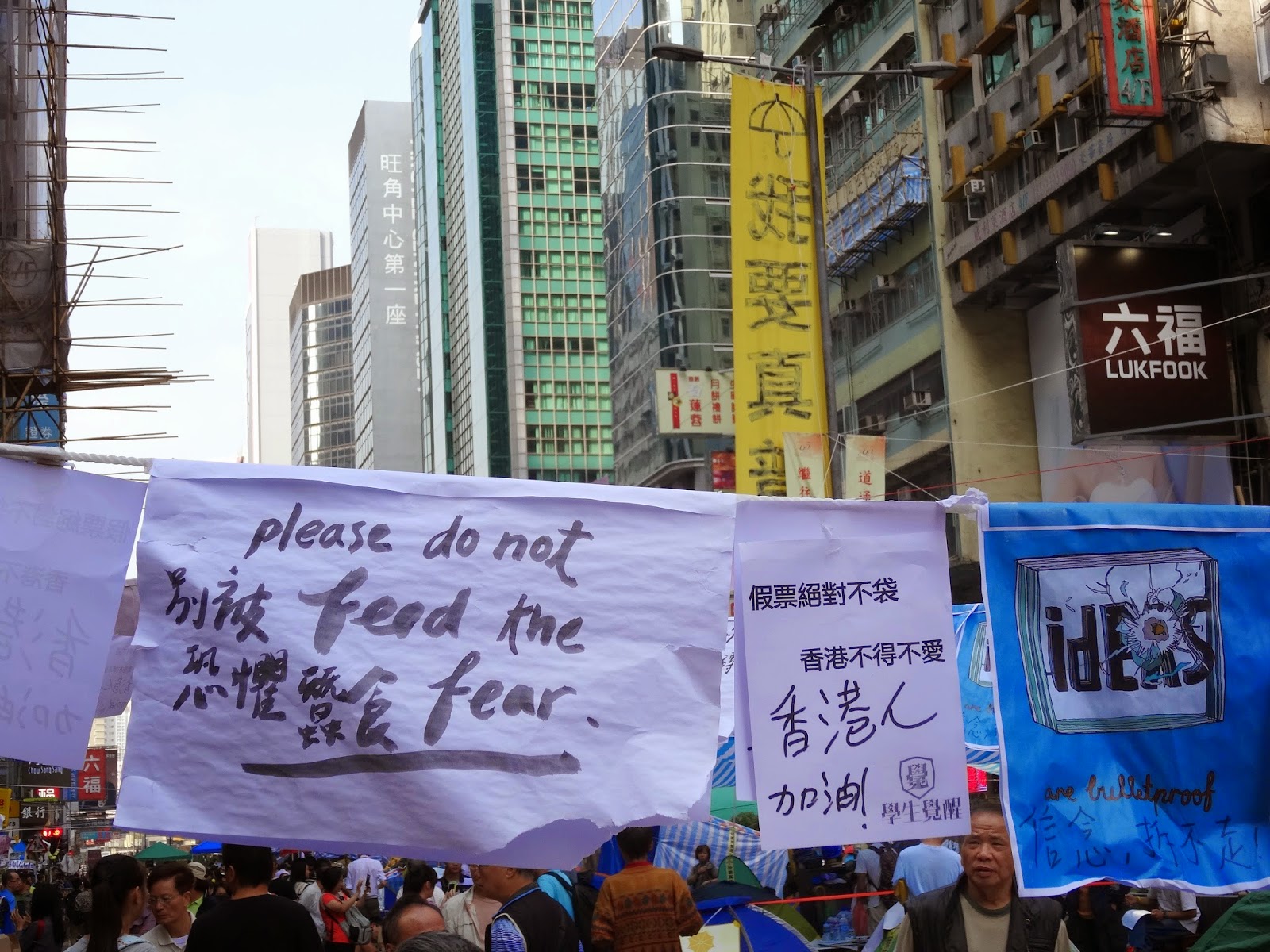 ...there are direct messages being communicated 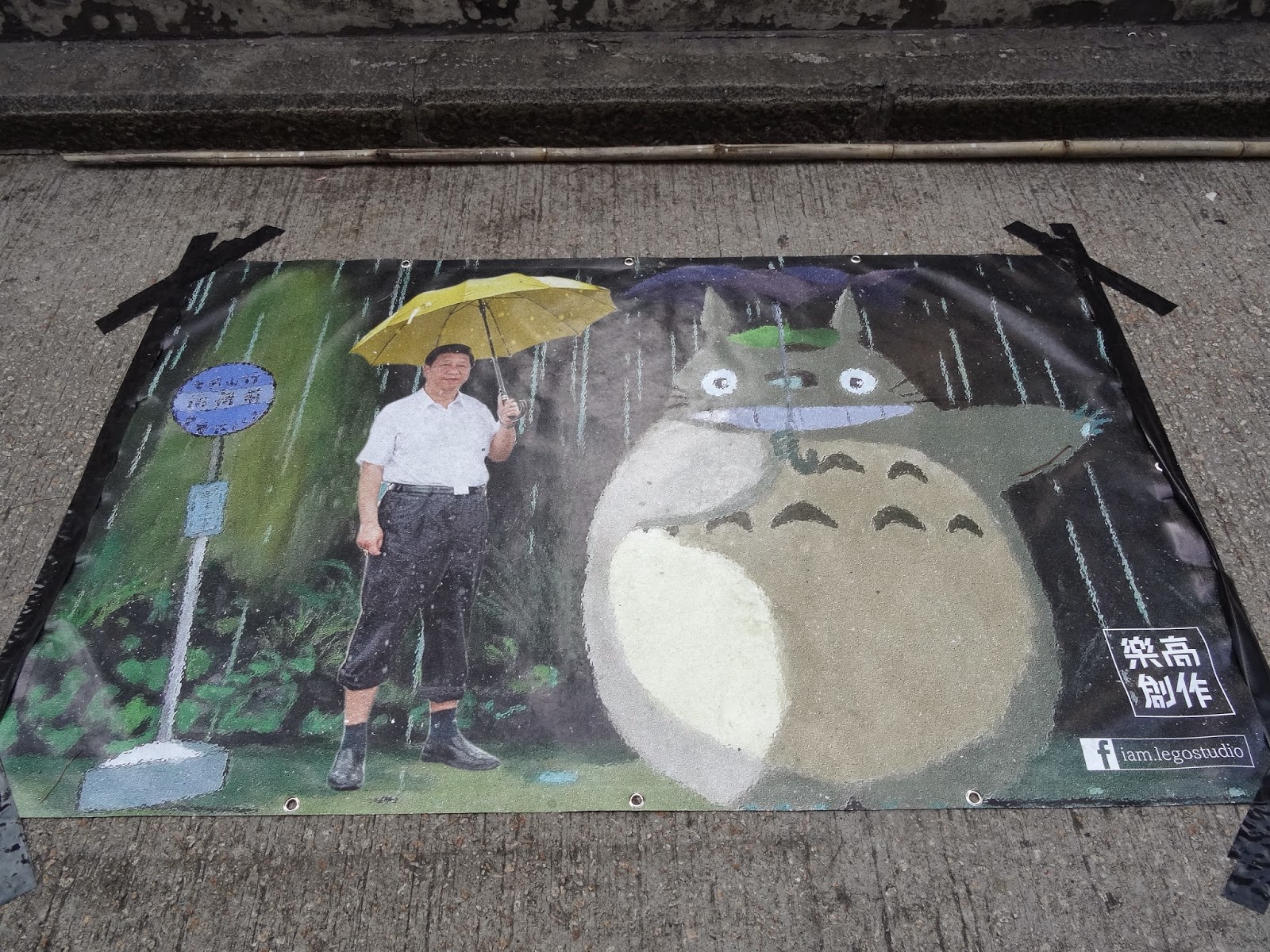 Today has been one of those Sundays in November here in Hong Kong that usually would have had me raring to go out hiking -- what with the humidity having dropped considerably compared to in the spring and summer, and there being relatively high visibility and beautiful blue skies in sight.  But since the situation hasn't been exactly normal in "Asia's World City" since September 28, seven Sundays ago now, I forewent my favorite outdoor activity for the eight consecutive Sunday since returning from my wonderful Japan trip (which I still have yet to devote a single blog post to!).

To be fair, today, I also wouldn't have gone out hiking because: firstly, I am nursing what's hopefully the last dregs of a cold that's been bugging me all week; and secondly (and yes, I'm freely admitting this), I felt compelled to go check out the Hello Kitty Go Around event at KITEC whose final day this was!  Still, it's true enough that a large part of my afternoon -- and quite a bit of the evening too -- was spent in "Occupied" areas of Hong Kong.

More specifically, I went directly from KITEC to Mongkok, where -- again, to show how abnormal things are these days -- I ended up taking more photos than at the Hello Kitty Go Around event; this in part because I felt a need to record the scenes there in what could be my visit to the Mongkok protest area due to the courts having cleared the way for bailiffs to end the "Occupation" there.

Something I definitely noticed compared to when I previously visited the area (and also compared to the situation at Admiralty) was the presence of a significant number of uniformed and non-uniformed police officers (the latter of whom could be seen conversing with and moving about close to the former) strolling about in the area, not just standing about at its edges. Maybe I'm reading too much into their behavior but it looked to me like they were effectively conducting recces and scoping out the area in advance to figure out how best to clear the area in the near future.

However, no one confronted any police officers or tried to impede their movements while I was there.  And while I witnessed one loud discussion among a bunch of mainly elderly men in the area, things actually generally felt more mellow this afternoon than when I visited three weeks ago. Also, from what I was able to observe myself, I can't believe that the businesses along the "Occupied" sections of Nathan Road and associated streets are suffering that much as there were quite a few patrons in many of them, including those mainland tourists who buy so much stuff in Hong Kong that they cannot go shopping without their wheeled luggage in tow.

Some of the mainland tourists actually ventured into the protest areas to take snaps of the scenes but in the main, the Mongkok protest area crowd were Cantonese-speaking and also came across as pretty local.  Interestingly though, I noticed more signs written in English as well as traditional Chinese characters compared to three weeks ago too, and also the large Totoro image that the blogger behind The Fragrant Harbour had spotted at Causeway Bay on Friday.  Also, while I had felt on my previous visit that Mongkok didn't have much interesting artwork compared to Admiralty, it seemed too like that had increased in number and quality over the past three weeks!

Among the creative pieces that particularly caught my eye this afternoon were a whimsical illustration which put the now infamous Xi Jinping carrying an umbrella image in the scene from My Neighbor Totoro when O-Totoro has fun in the rain while waiting for his (cat)bus to arrive, and a yellow umbrella image made out of at least one hundred post-its with messages handwritten on them.  Re the latter: some bits of it have gotten waterlogged and come close to disintegrating.  On one hand, it's a shame -- but this also gives a good sense of how long something that few people thought was going to last so long already has gone on for.
Posted by YTSL at 11:27 PM