Whither the Umbrella Movement? 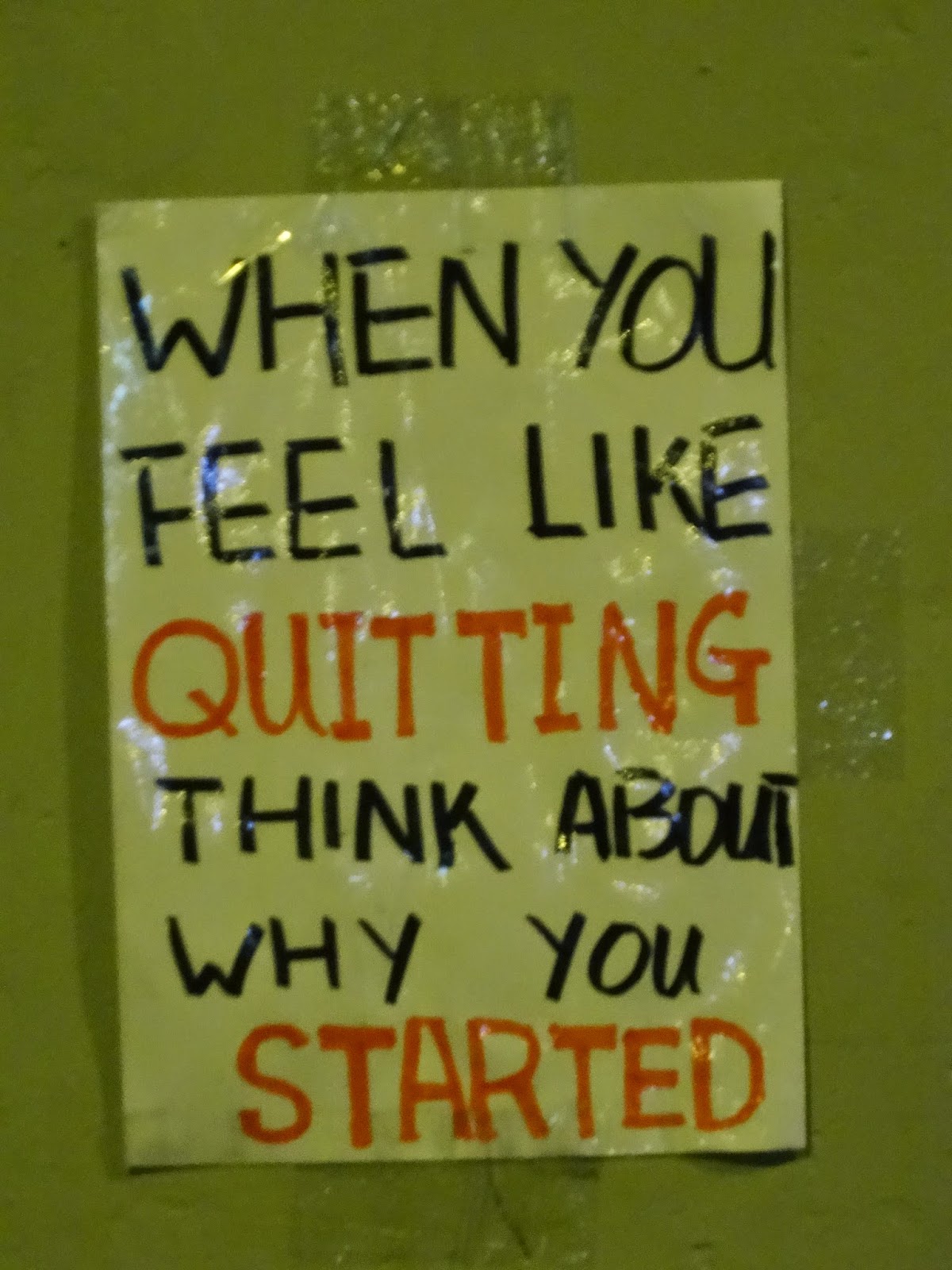 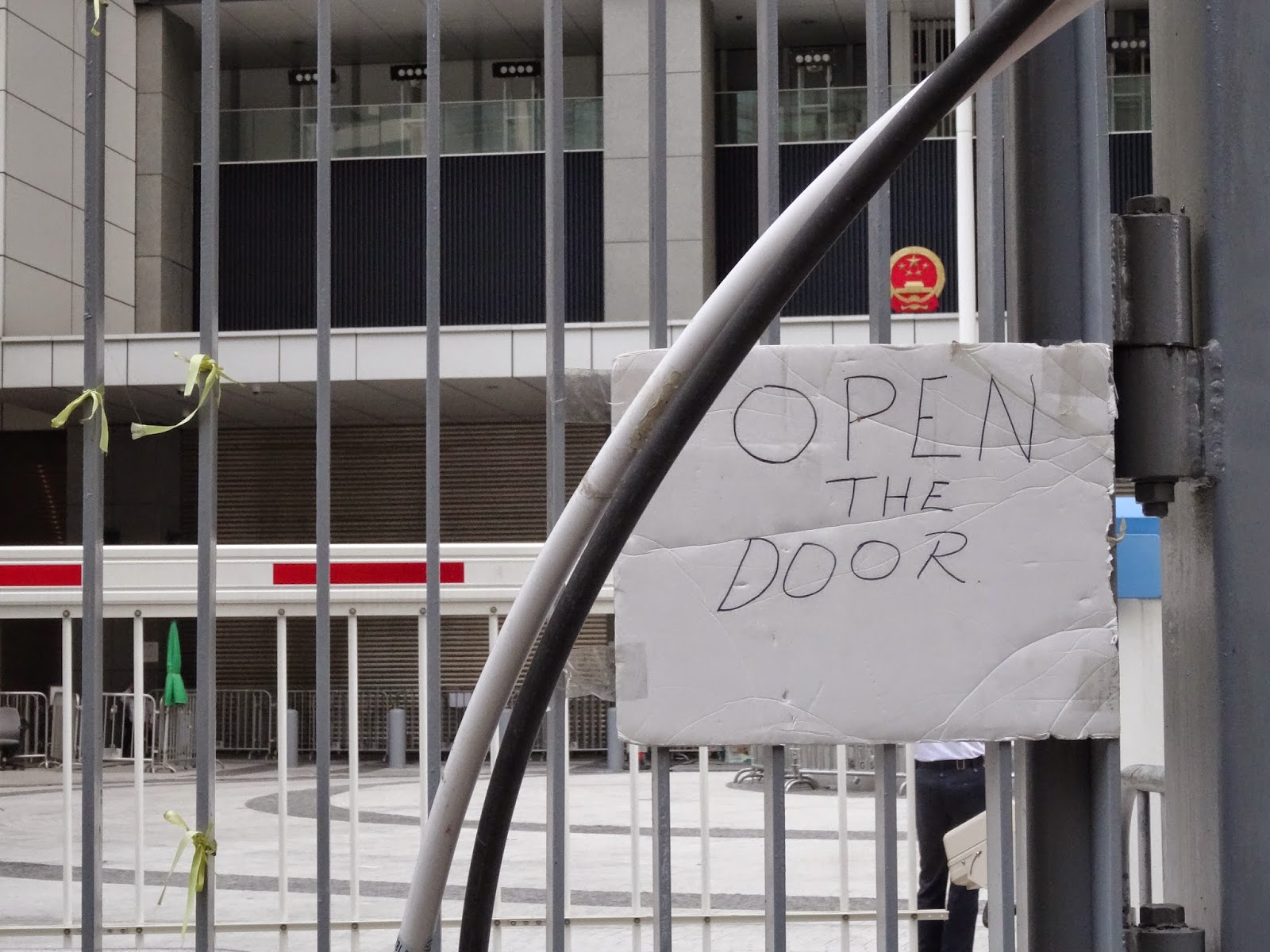 If only they had opened the door/gate back in September...


So much has happened in the past two months or so, including the last 24 hours, that I think it's time for a brief reminder as to why the Umbrella Movement came to be in the first place.  Although Benny Tai and co had talked about Occupy Central for some months, the fact of the matter is that people didn't truly "Occupy" sections of Hong Kong -- which, at its peak, included sections of Tsim Sha Tsui and Mongkok as well as Admiralty, Central, Wan Chai and Causeway Bay -- until September 28, and particularly after the police used tear gas on their fellow Hong Kongers.

For every Umbrella Movement supporter and participant I know who truly wants genuine universal suffrage first and foremost, there actually are at least two who started supporting and participating in the movement because, more than anything else, they were appalled and horrified by the overly-aggressive police actions of September 28 and -- determined to prevent another June 4th from occuring -- decided that they should head out to the protest areas to help protect their fellow Hong Kongers.


On a related note: I also felt that many people turned up to take part in the Umbrella Movement because they saw it as a way of showing their love for Hong Kong, and their determination to play a part in ensuring that Hong Kong would not become just another Chinese city -- one where people's political and personal freedoms are curbed to a much greater extent than people here are comfortable with, and where lives often can seem more cheap -- any time soon.


In the more than 60 days that have now gone by since the Umbrella Movement's inception, we've come to realize a lot of good things about Hong Kongers along with see more clearly a lot of Hong Kong's ills, including with regards to its government and police force.  But in the past 24 hours or so, no party involved has come out smelling like roses -- with the government continuing to cowardly hide behind the police, the police looking to act far more like the thugs than the model force people used to look upon them as being, and certain of the most prominent people involved with the Umbrella Movement looking to have abused -- or, at least, taken too lightly -- the trust that others had placed in them.


More specifically, last night, student leaders sought to escalate the protests by asking people to surround the government buildings, only to see violent clashes erupt between protesters and the police, and the protesters eventually lose ground, including Tamar Park and an overhead bridge above the protest encampment, this morning.

This evening, the Hong Kong Federation of Students' Alex Chow admitted that the escalation attempt had been a failure and he and other student leaders publicly apologized for this.  I have to admit to having been upset by the escalation plans - not least because it seemed so ill conceived, timed and enacted -- but Chow's ready willingness to admit to the mistakes helped calm me down some and keep me disinclined to completely give up on things.


On the other hand, Joshua Wong's announcement this same evening that he and two other Scholarism members have begun a hunger strike just made me scoff in frustration.  What's the point, really, and what do they honestly think they can achieve with this?  In a world where self-immolation by more than 100 Tibetans have failed to get China to budge, what would a hunger strike -- that, in all probability, will not end in death -- by three Hong Kongers do?

To the (de facto) leaders of the Umbrella Movement, I would like to say this: life is precious -- and it was our determination to help protect it (and you) that got (hundreds of) thousands of Hong Kongers out on the streets.  But if you act in ways that make it seem like you don't value your life and/or unneccessarily put the lives of others in danger, or even are perceived to do so, than you will have lost many of the people who have given up quite a bit -- including time, effort and money -- to support you and (y)our cause.
Posted by YTSL at 11:59 PM

YTSL,
My question is this: why more people doesn't come out and support Occupy Central?

in terms of numbers, we haven't reach the amount of people back in 2003. I wonder if everyone is busy protecting their rice bowls.

The problem is if people protect their rice bowls today, they might have to eat feces or soil, not rice in their future...is this bowl of rice today worth selling your soul away?

what pains me more is your friend, mrs/miss harbour condemn the escalation by the students and even a tint of support for the government violence on her post today (Dec 1)

Good question -- one that I'm thinking of devoting a whole blog post to. For now though, let me say this: I believe that hundreds of thousands of people have turned up to protest as part of the Umbrella Movement -- it just was that they didn't do so at the same time at any one time.

Also, there's a big majority of Hong Kongers who don't want to see violence erupt in Hong Kong (regardless of who are its instigators). And I think the fear of violence has kept many people away from the protest areas -- even though, as those of us who have been there know, 99.999% of the time, the areas actually have been super peaceful -- and even very civil -- places.

I am not condoning police actions -- they were given orders from above to hit protesters to clear the streets. We don't need more violence -- we need more dialogue.