The protests in Hong Kong have entered their sixth week.  This is quite the feat for a movement that few envisioned would last for more than a week, or even a couple of days.  Still, few members of the Umbrella Movement are celebrating at this point -- this not least because none of its explicitly stated goals have yet to be achieved.

Also, those of us with memories of the summer of 1989 have not forgotten that six weeks of peaceful protests in Beijing ended with the Tiananmen Square massacre.  So even while the atmosphere at the likes of Admiralty this weekend generally seemed on the relaxed side, I hope that people there don't let their guard down completely.

At the same time though, I do hope as well that people will be unafraid to do such as (continue to) be there to bear witness to Umbrella Movement-inspired creative efforts, the messages that people seek to convey, and the fact of the protest areas remaining very much "occupied" -- as I'm hereby recording for posterity:- 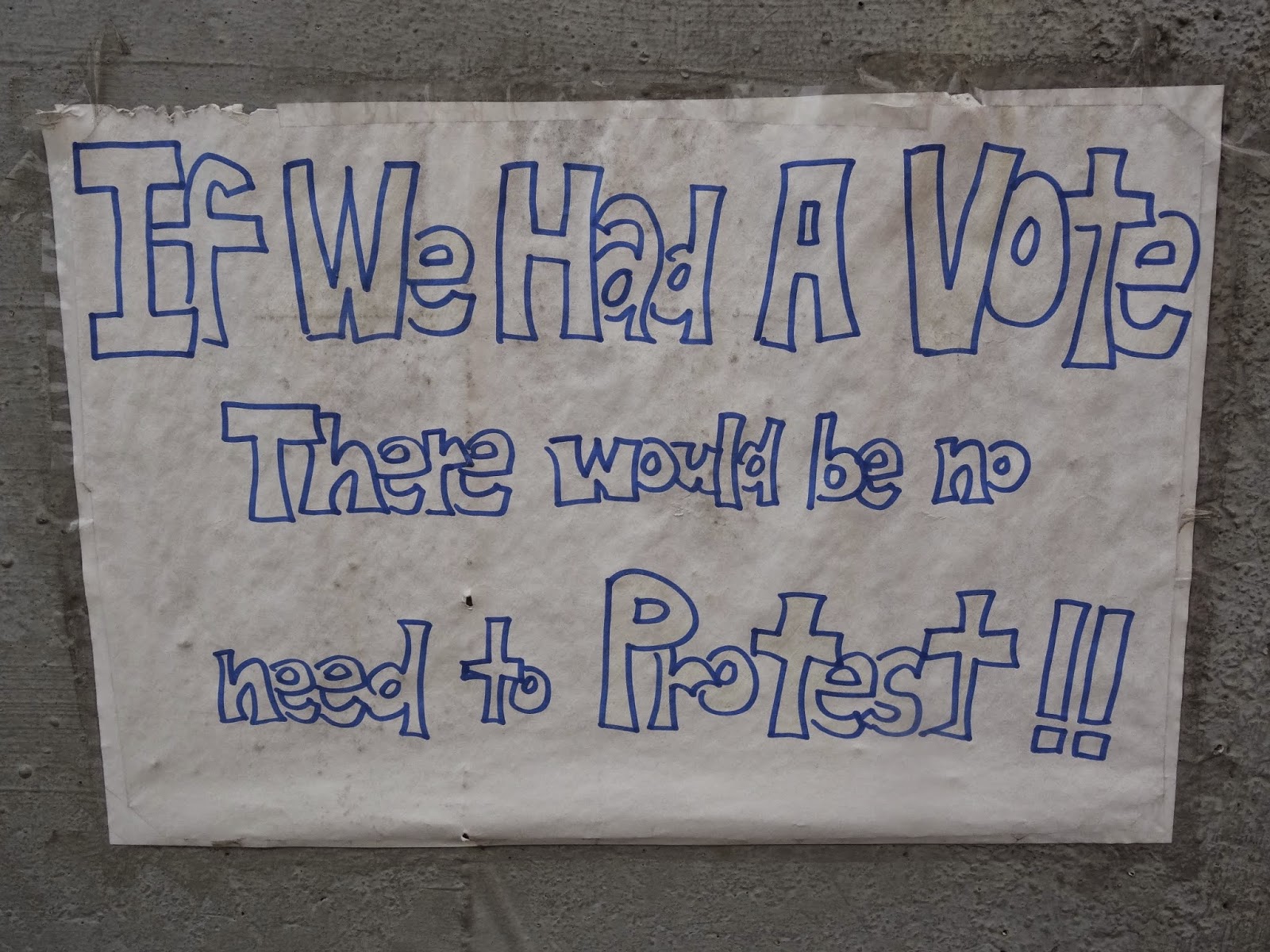 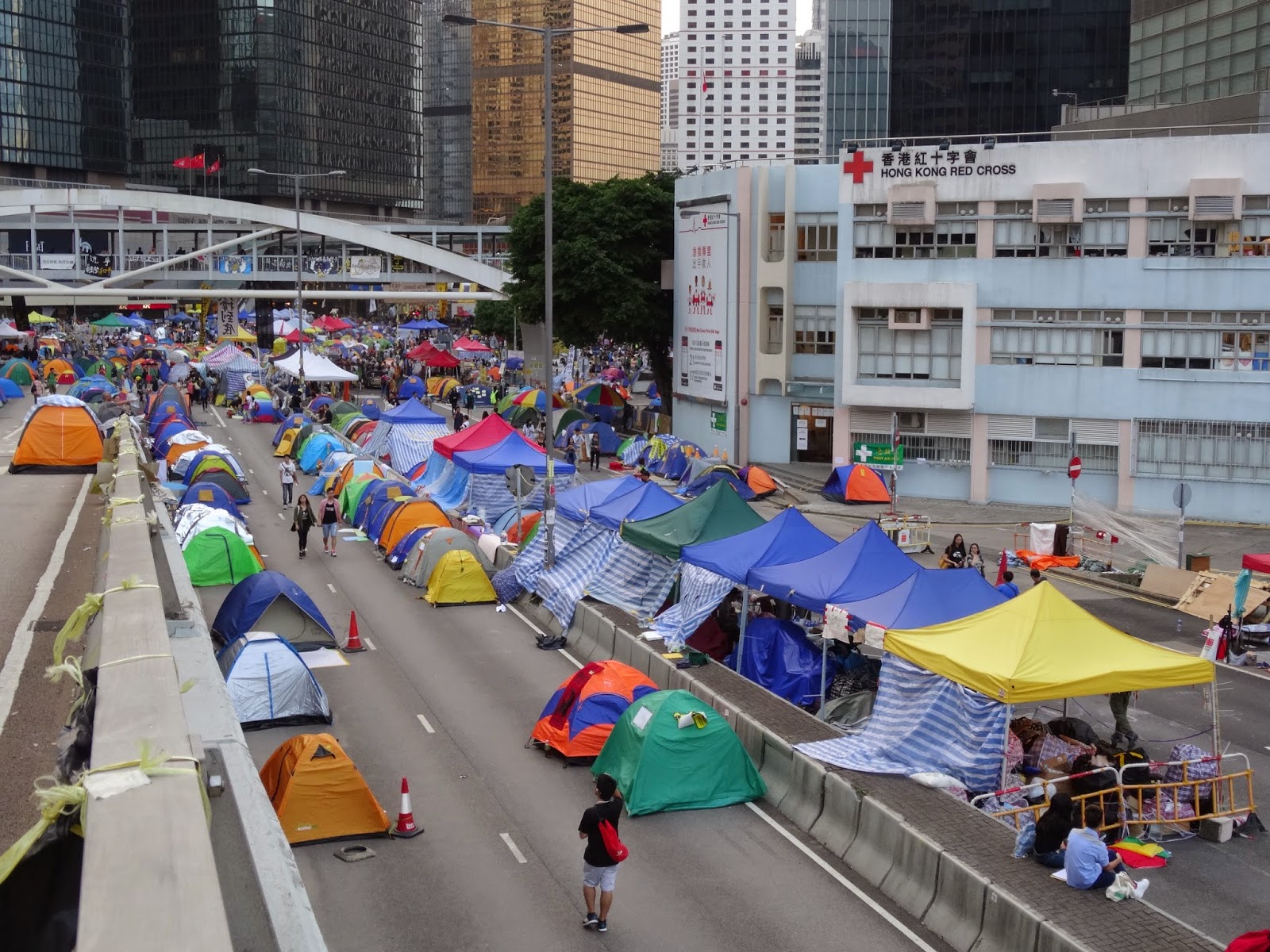 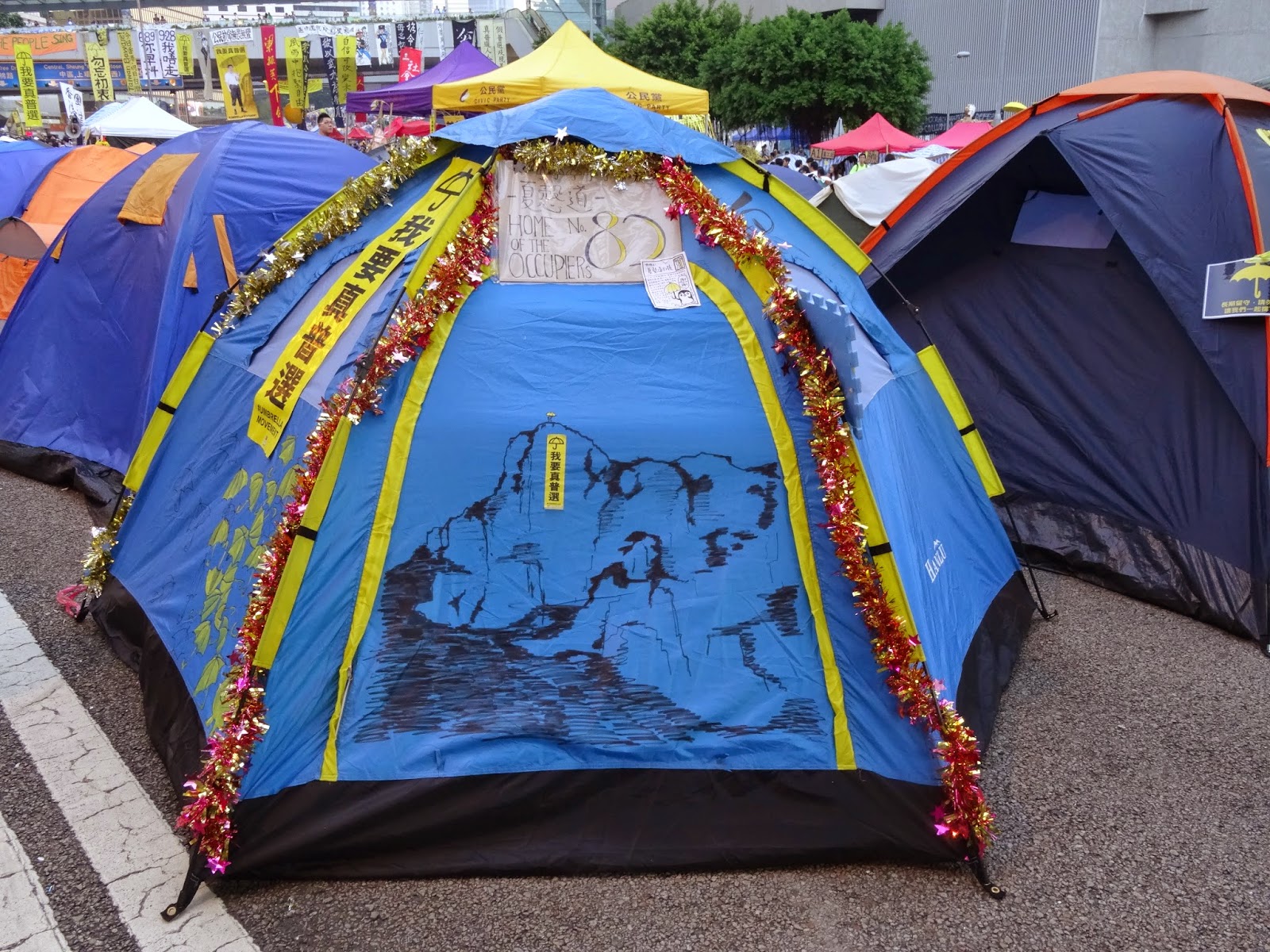 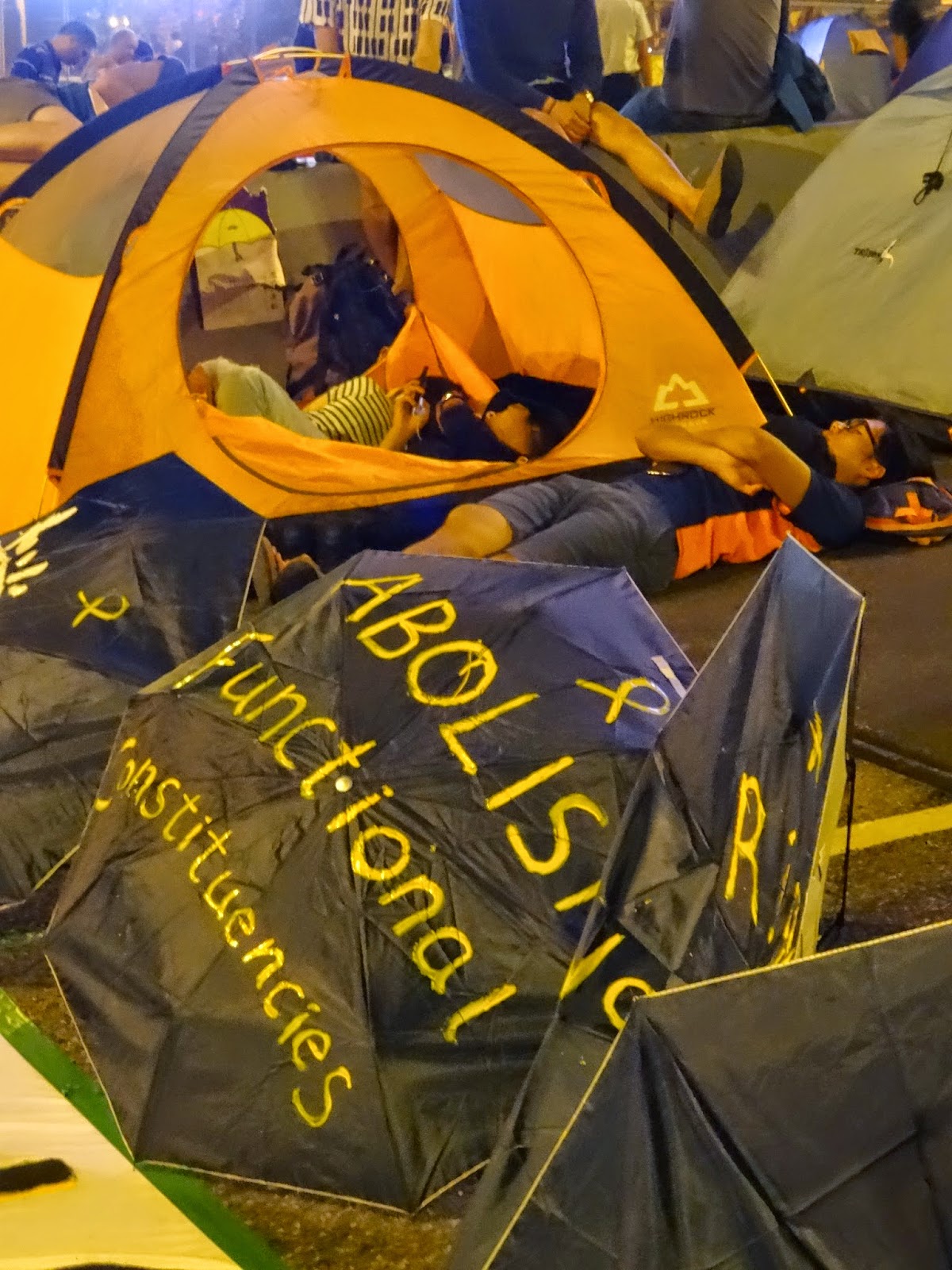 And should there be any doubt, yes, the tents are
occupied -- and there also still are people
sleeping on the bare street in the protest areas! 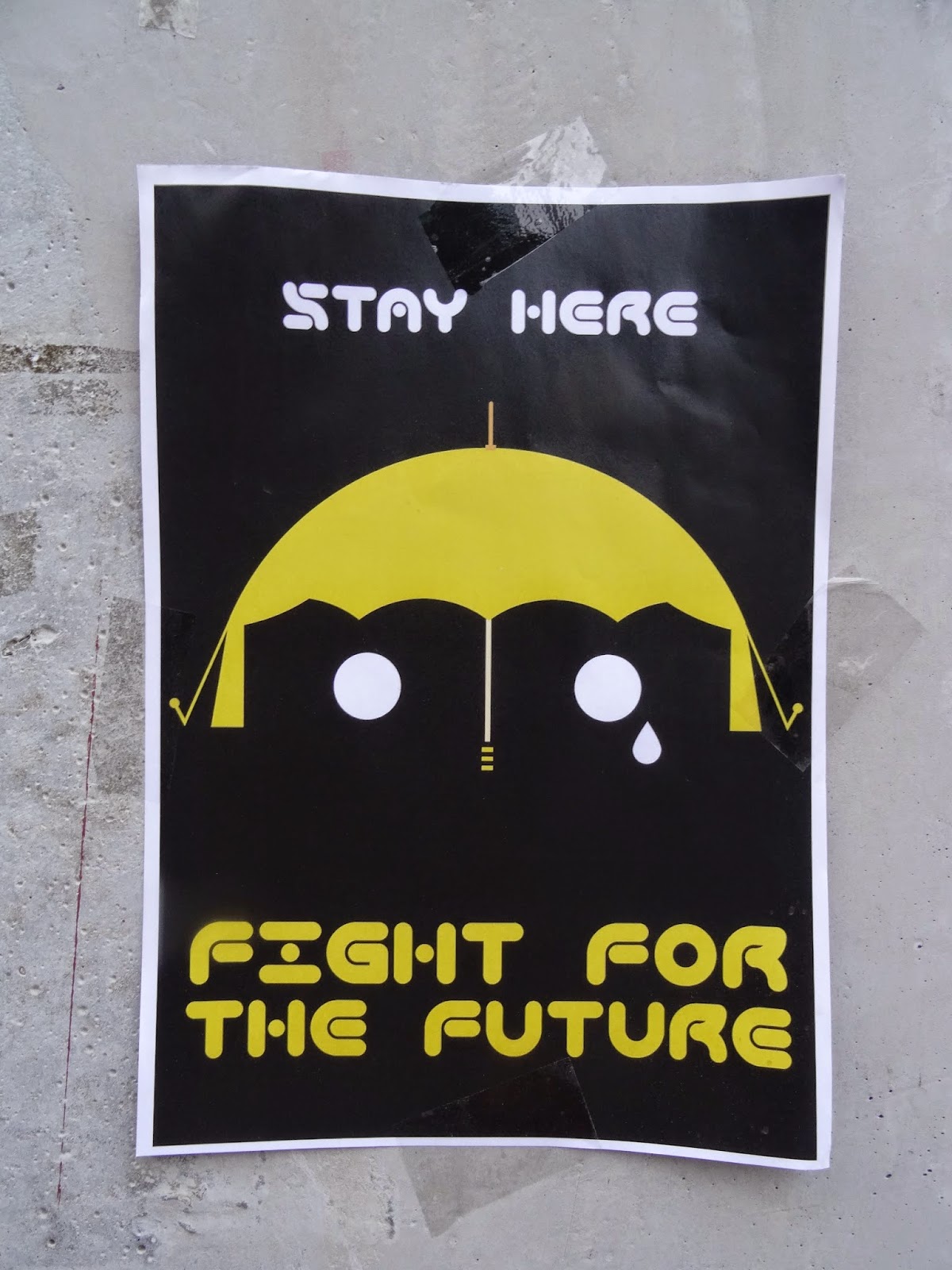 Tents, not just umbrellas, figure on the designs
of Umbrella Movement posters now 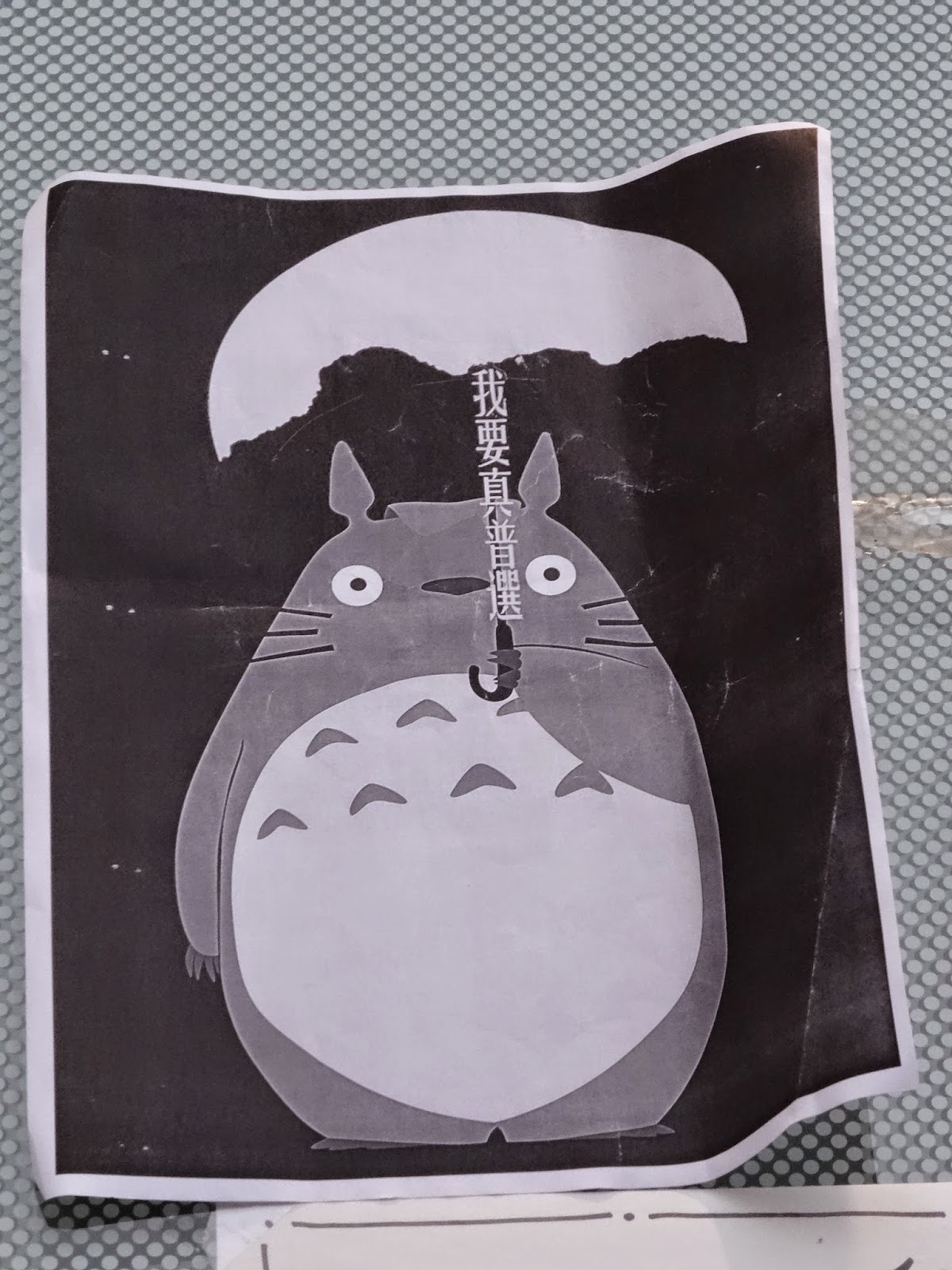 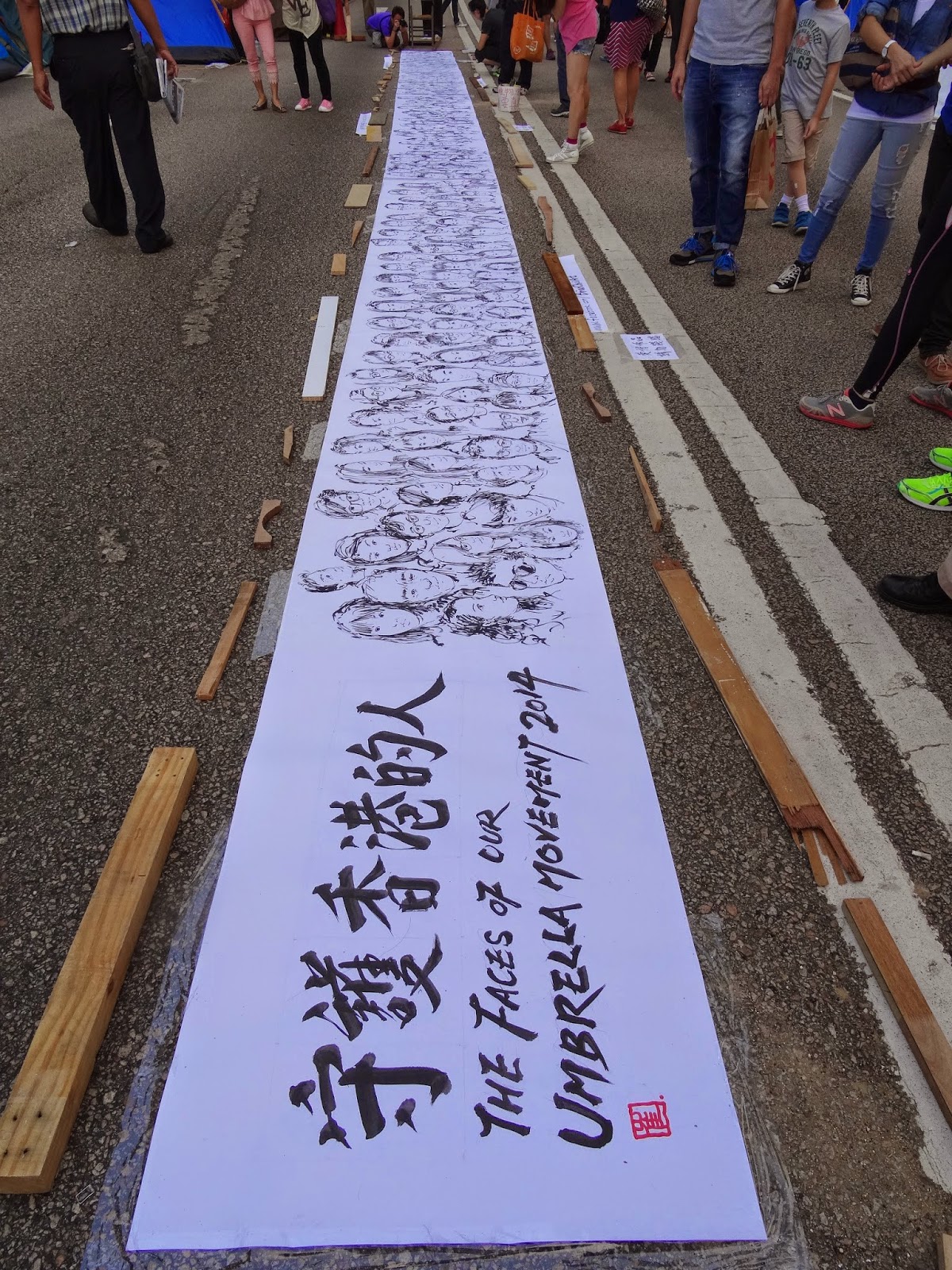 Seen for the first time this afternoon :) 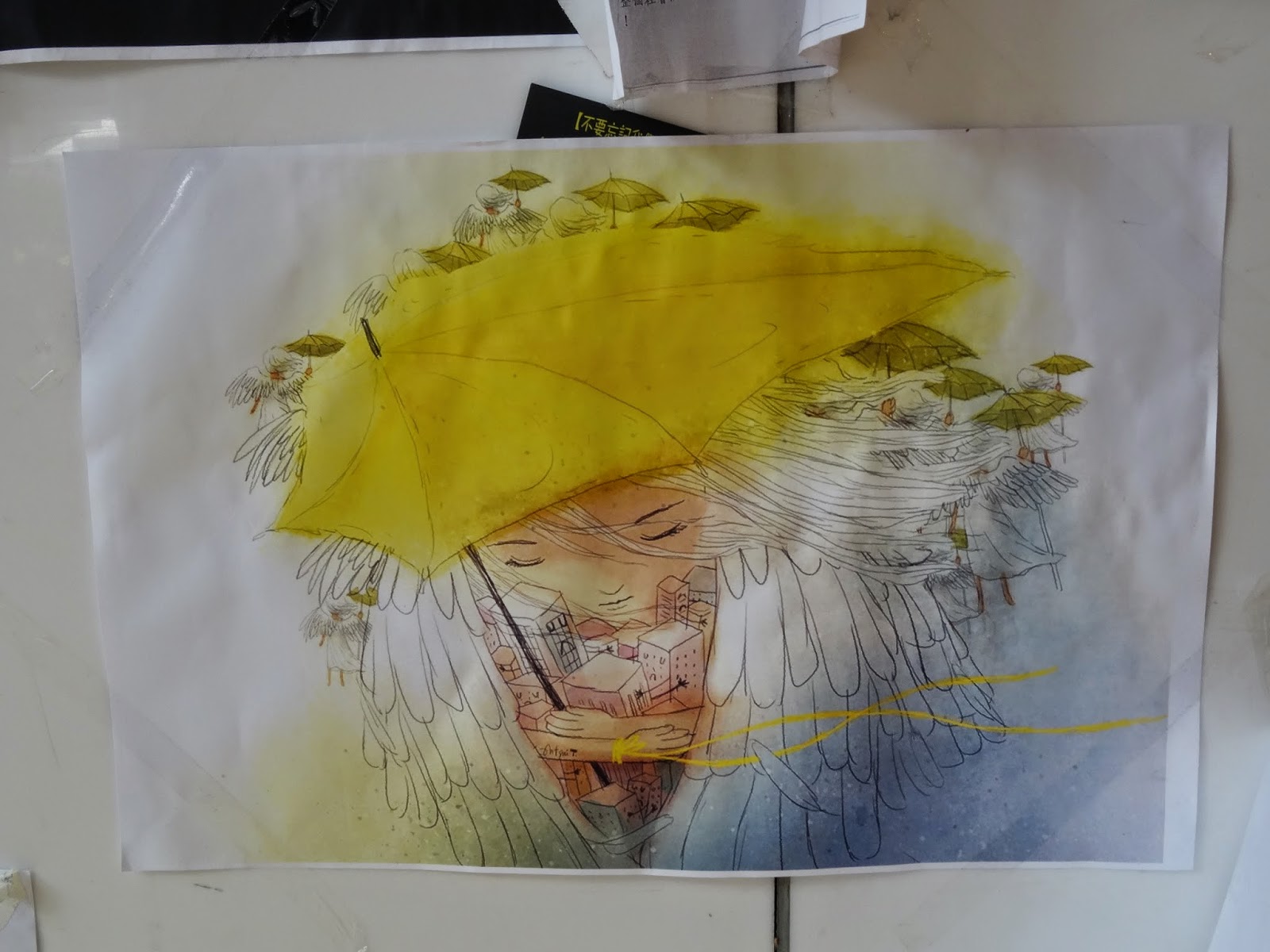 Each time I see this image (which I first spotted
a couple of weeks ago), I think the artwork and
its message are really beautiful
Posted by YTSL at 11:55 PM

And now, Protesters are living in the Streets of HK... Neat idea, for the thousands (or millions?) who also cannot afford the blood-thirsty prices of HK real-estate cartel. Why protest, when you can live for free in city streets...

I got a better idea:

just bus them up to Zhongnanhai or have them lounge at the Office of HK and Macau affairs or the DAB offices city-wide?

In case you're not being sarcastic: because people don't actually want to live on the streets -- free or not, and temporarily or not.

How about you practice what you preach?

I am enjoying your posts about Occupy Hong Kong. I especially like the photos you take of the different signs, the colorful tents in major roads and how "low key" some folks seem to be.

Thanks for appreciating the photos I've put up of Occupy Hong Kong/the Umbrella Movement. And yes, some of the protest is down in a pretty "low key" (and ultra non-violent) way. :)