I got my electricity bill for November a few days ago and was surprised to find that it was for 1/10th that of October!  I guess one reason for this is that, even while the last few weeks still are warmer than is usual for this time of the year, the temperatures have actually been cool enough that I no longer feel a need to have the air conditioning on -- during the day as well as the night.
Another, related reason is that the weather's been pleasant enough for me to feel happy to spend time outdoors some more (rather than spend lots of time in my (air-conditioned) apartment).  A measure of how warm it still is can be seen in my still not having felt inclined to go hiking yet.  Still, I've been enjoying walking around in the city and doing such as taking in views of Victoria Harbour -- including a vantage point I only discovered last week: from which I had got glorious Golden Hour views and snaps -- and, as you'll see in this photo-essay, cool after dark ones too! :) 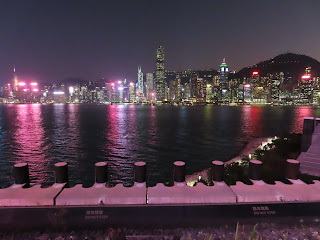 A view from M+'s 3rd floor roof garden (which, if I'm not mistaken,
can be freely accessed separately from the museum proper) 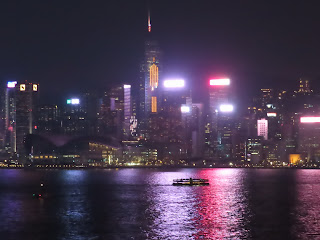 The Star Ferry going across -- not the Mersey but Victoria Harbour 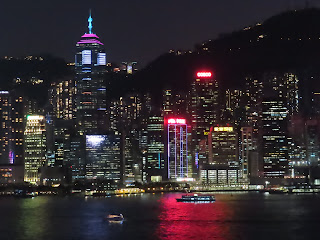 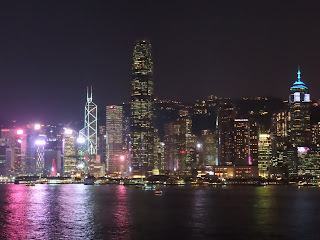 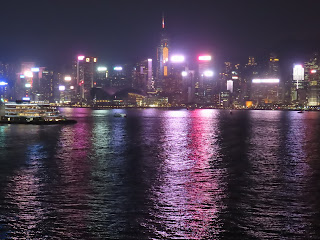 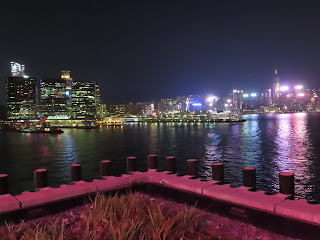 But this time around, I was gazing out and snapping
my photos from West Kowloon 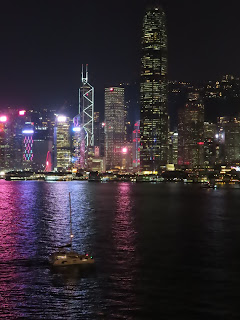 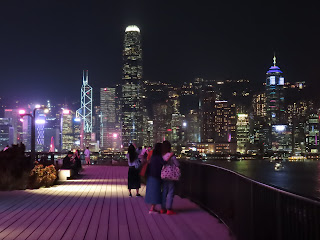 I wasn't the only person up on the roof garden
but it also was far from crowded, which was cool!
And yeah, at times like these, I couldn't help but feel
that I do really f**king love Hong Kong :)
Posted by YTSL at 11:59 PM

Lovely photo of the city.
Coffee is on and stay safe

Thank you, though I do hope that you found more than just one of my photos to your liking! ;)