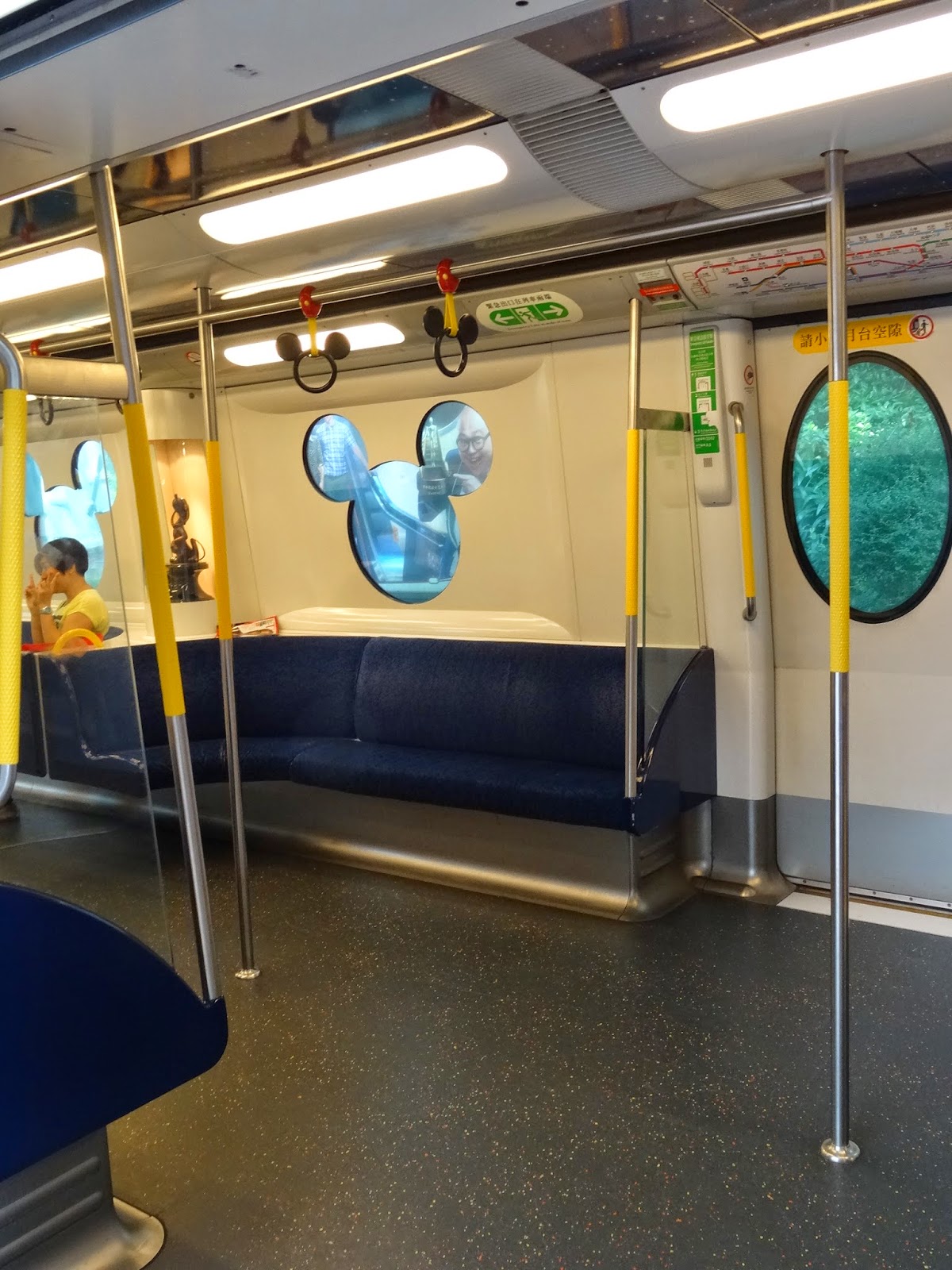 Not your usual MTR carriage or line... 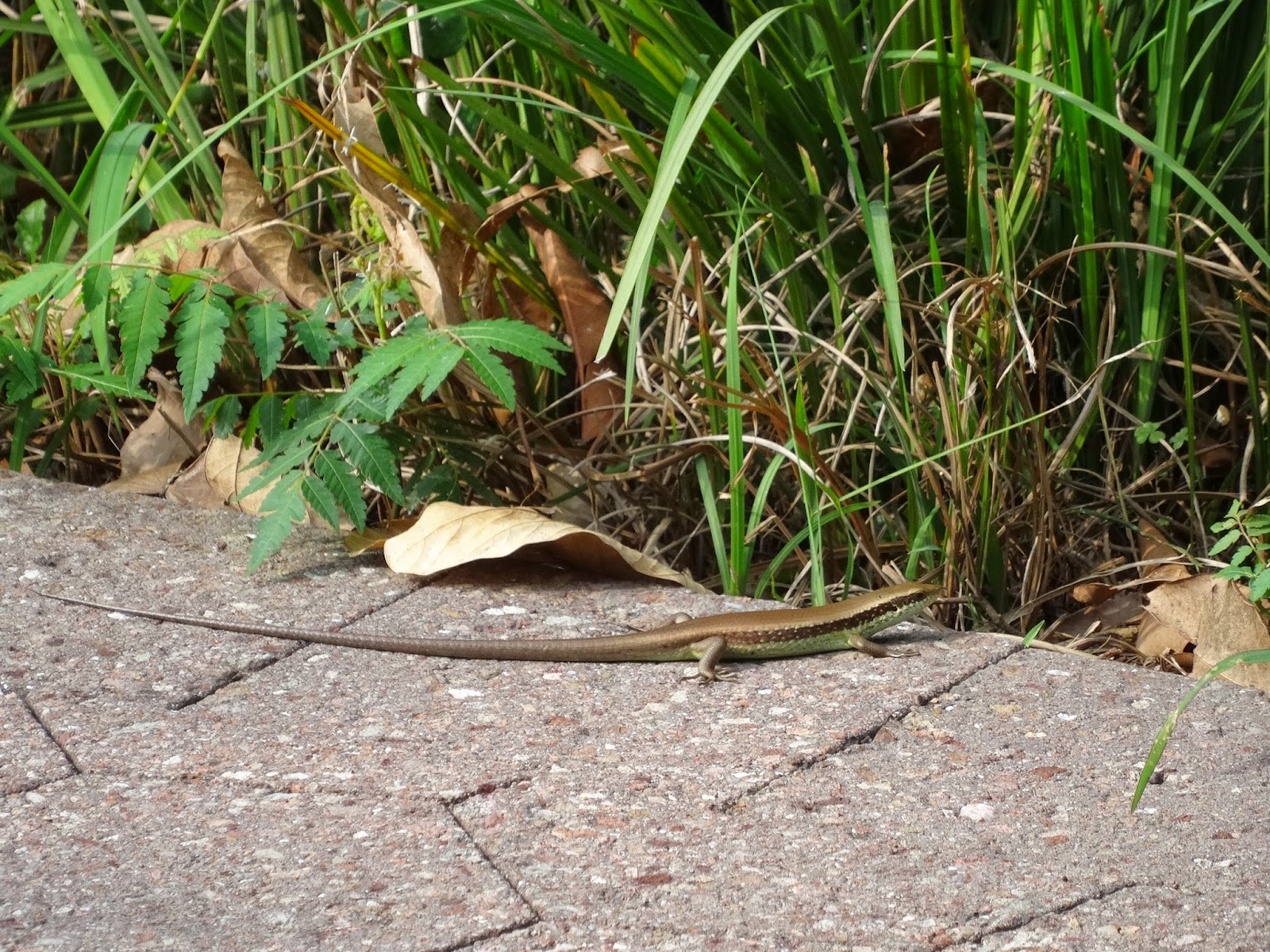 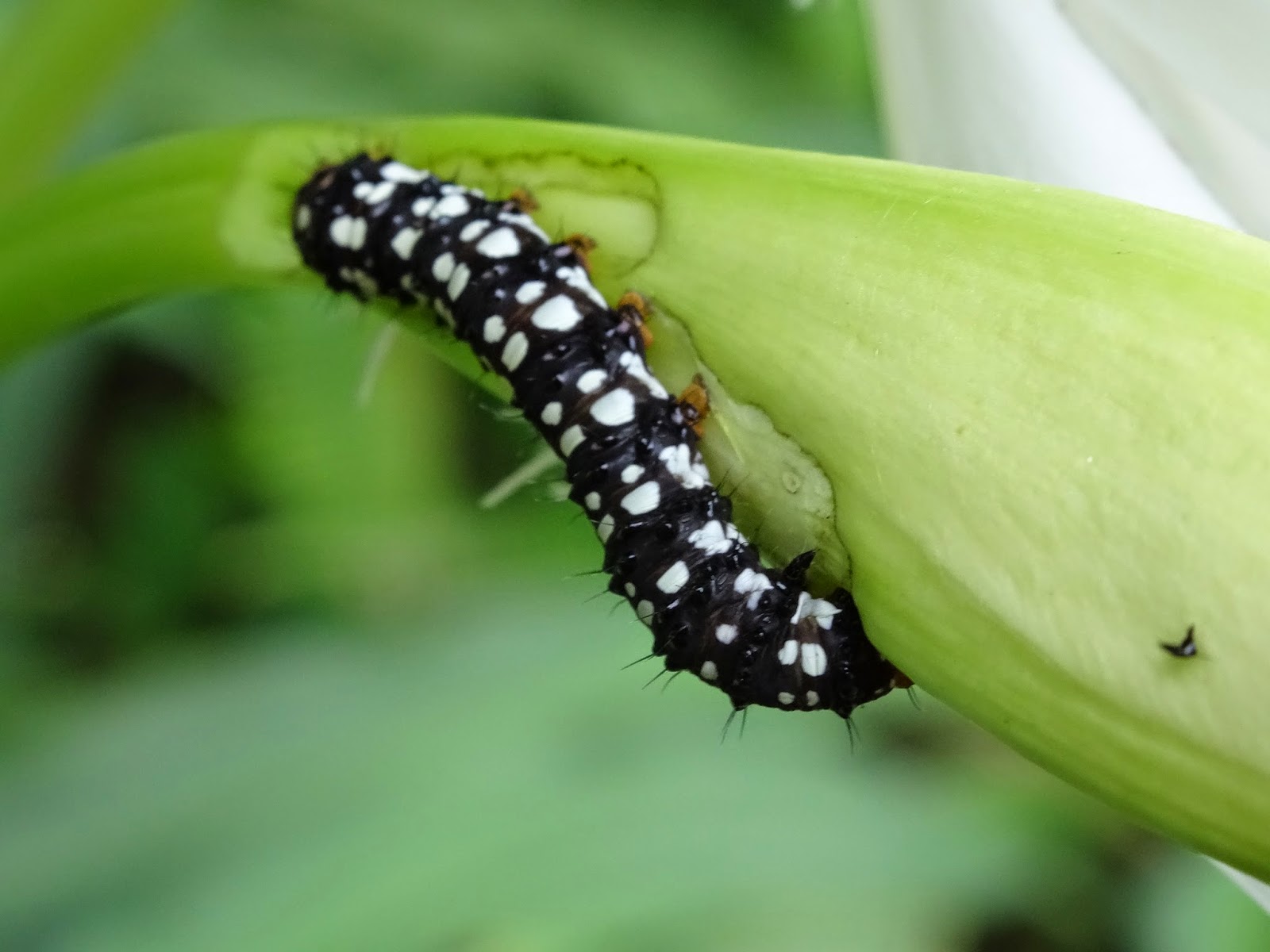 ...and yes, I thought this white spotted black caterpillar's
pretty cool to behold too! ;b
When I was nine years old, I went to the USA for the first time.  From London (where my parents and I stayed for a time), I flew on my own to Los Angeles, where I visited with a friend of my parents and her two children.  Among the early trip highlights was a visit to the original Disneyland in Anaheim.  And after I came down with mumps (the first case he had seen in years, the doctor I was taken to exclaimed!) and my mother flew over to look after me in LA, it almost seemed worth all the pain of having had the sides of my face swell and my throat ache for a time that I got taken again to Disneyland -- this time by my mother -- after I had recovered!

But while I've enjoyed all my visits to Anaheim Disneyland (with there being at least two more in later years) and also Florida's Walt Disney World (which I went to as an adult with a friend who had up to then never stepped out of the US, so Epcot's international pavilions were about the most foreign he could take at that point!), I've had no compulsion whatsoever to visit the Disneylands outside of the US -- particularly the smallest of them all here in Hong Kong.

Earlier this week, however, I took a train on the Disneyland Resort Line.  But rather than go to the paid sections of Hong Kong Disneyland that's the destination of most people who go on that line, I made my way instead to the Inspiration Lake Recreation Centre (note the British rather than American English spelling!) that's managed by the Disney folks but is actually is open to the public for free!

A 30 hectare facility, its central attraction is a 12-hectare sized artificial lake that's the largest in Hong Kong, around which are nicely manicured green park area whose grass -- very unusually in the Big Lychee -- people are allowed to walk, play and lie on! And on the beautifully sunny afternoon that I visited, there were a number of people doing just that at the park as well as riding four-wheel Surrey bikes on paved paths and pedal boating on the lake.

Although my initial impressions of Inspiration Lake was that it was, well, too well tended to the point of being too artificial for my liking, things began to look up after I ventured into the arboretum area of the facility, located to the far side of the lake from the park entrance.  For one thing, it was on the quieter side since most visitors to Inspiration Lake don't seem to bother to walk that far away from the entrance.  For another, this was where I spotted a few interesting non-human visitors to the park (or do they actually live there -- probably against the better efforts of the facility's maintenance staff?)!
While strolling about in that green space, I saw what I thought was a lizard run for cover into a nearby bush.  After I stopped for a bit and stayed as silent as I could, the creature emerged -- and revealed itself to be a beautiful skink with a considerably longer tail than other skinks I'd previously seen, whose length rivalled that one the changeable lizard I spotted on Lantau a couple of Sundays ago!

Up until then, I had "just" seen butterflies and dragonflies flying about that afternoon.  After that though, I started looking more closely about me -- and also spotted such as a beautiful spotted caterpillar, stinkbugs, and tadpoles swimming at the edge of Inspiration Lake!  Put another way: I got to realizing that at least in this part of Hong Kong Disneyland, there are more natural elements than I had hitherto thought would be the case; and this increased my appreciation of what turned out to be quite the nice and unexpected breath of fresh air to be found at the end of the Disneyland Resort Line! ;b
Posted by YTSL at 10:12 PM