What the Umbrella Movement has taught me 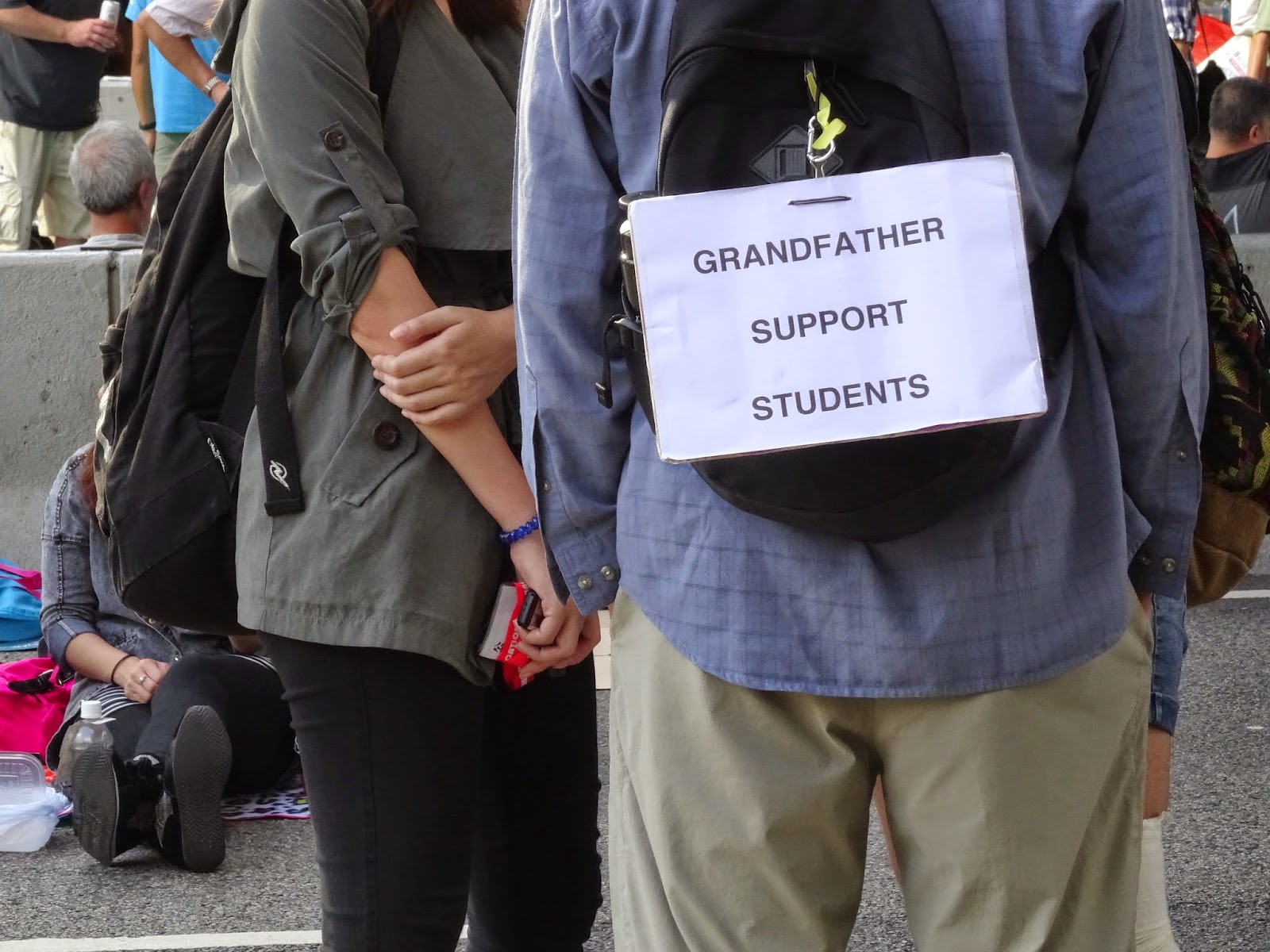 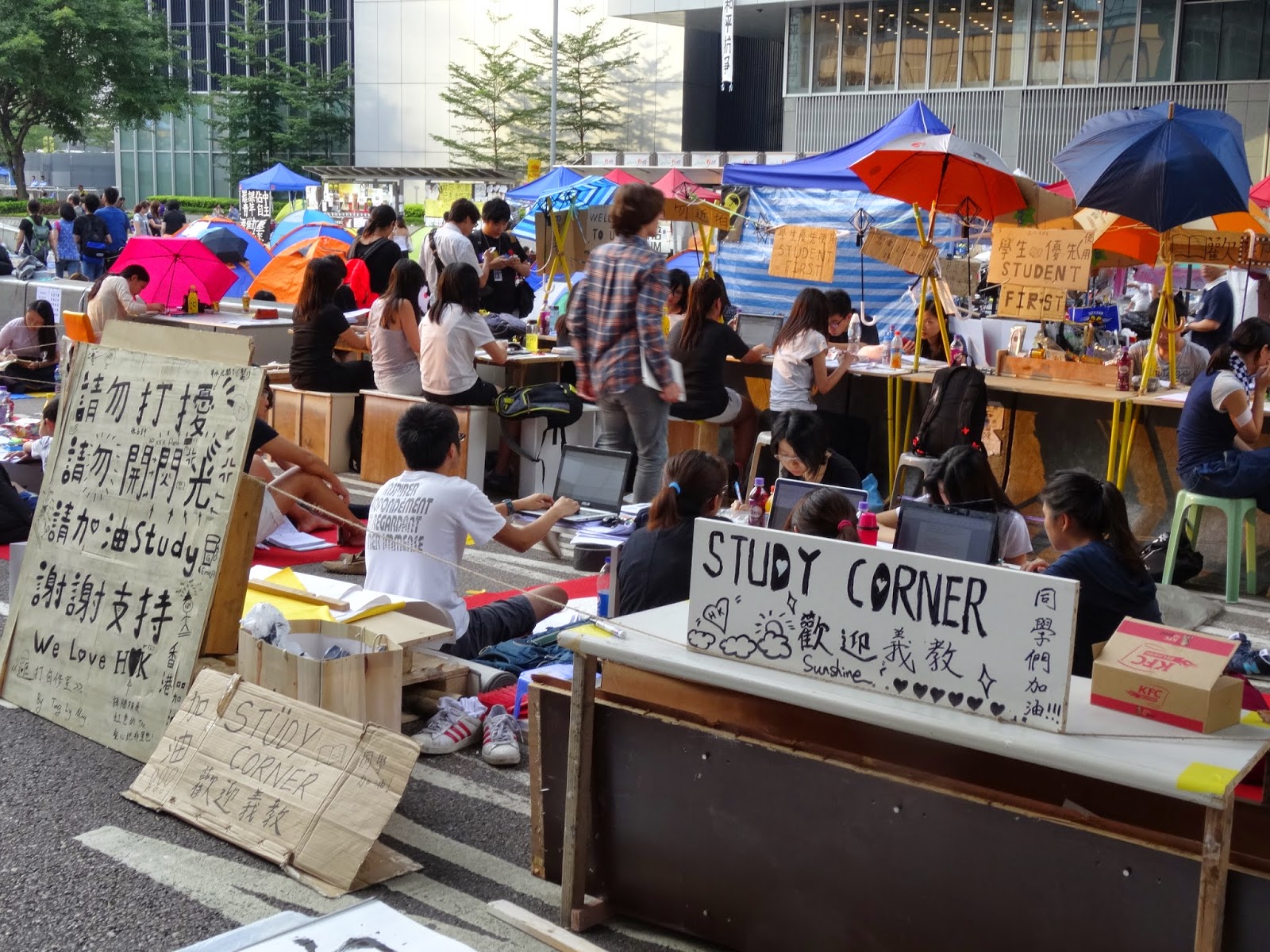 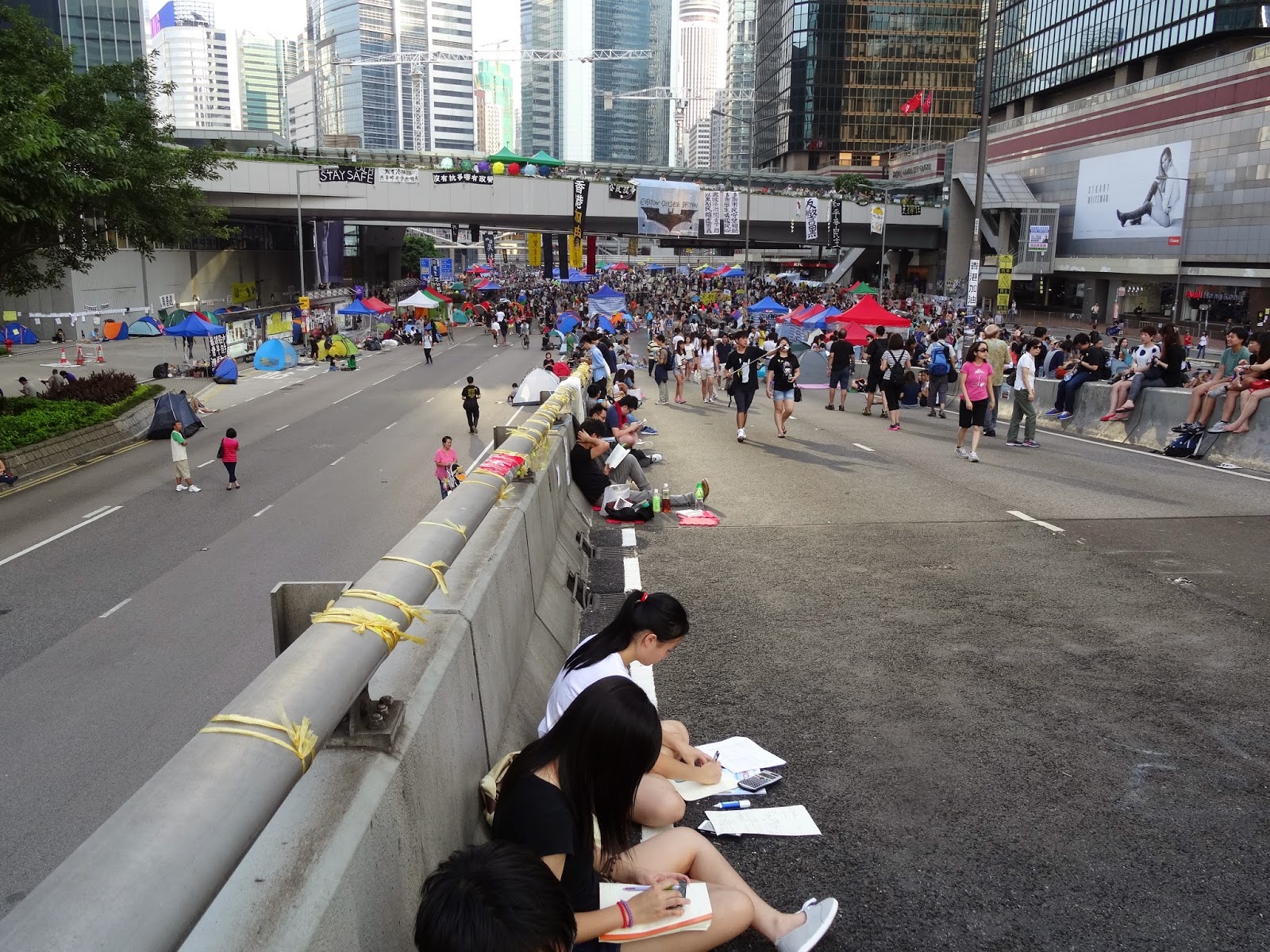 Even beyond the designated study corners,
people are studying!

Yesterday afternoon at Causeway Bay, I saw a sign created by an anti Occupy person -- erected in the protest area, using writing materials provided by Umbrella Movement participants (talk about being shameless!) -- urging the protesters to go back to studying.  But if that person had spent any significant time in the protest areas with his or her eyes open, (s)he would have seen that: for one thing, not every Umbrella Movement supporter is a full-time student (or even of student age!); and actually,  many of the students involved in the protests have indeed been spending time studying as well as protesting out on the streets!


In addition, I believe that Umbrella Movement participants have been teaching people many important lessons.  Among them are the following (in no particular order):-


1) Hong Kongers are far tougher than people have realized.  These are people who are willing to brave pepper spray and tear gas, go sit and stand in the blazing sun and pouring rain, and sleep on the streets (sometimes in a tent but also with nothing between them and the tarmac on the road) -- if there's a cause that they consider worth doing this for, and to also support their fellow denizens should the need arise.


3) Hong Kongers are not sheep, content to follow orders just because someone in authority said that's how something or other should be.  These people know how to think independently, to question and also know when a "leader" is not to be trusted.  And yes, even those who haven't reached full adulthood may be far more intellectually and pyschologically mature than was previously realized!


4) Hong Kongers are well capable of positively and artistically expressing themselves.  Walking around the protest areas, one sees so much that's beautiful -- with many of the artistic creations freely on display containing so much more humanity, humor and/or general aesthetic qualities than so much that has been commissioned to adorn various parts of the city by the government and the corporations!


5) There is strength in numbers.  Knowing that you're not alone can give you more confidence and resolve.  And knowing that there are (many) others supporting you can inspire one to do more and aim higher than you may otherwise have dared to do.


6) It doesn't hurt to be civil to others, and it's really a nice feeling for people to be civil to you.  Also, being civil and polite can be catching!  Maybe it's just my imagination but...not only have people been extraordinarily courteous and pleasant for the most part in the protest areas I've been in but I've also felt the kindness of strangers in Hong Kong quite a bit (more) in the past two weeks!

One last thing: it's incredible to see the large amount of messages, art, etc. that have been created and exist for people to read and digest in the protest areas but just as amazing to behold is how eagerly and voraciously the messages, art, etc. are being perused.  Alternatively put: a civic education is currently taking place in a civil atmosphere and egalitarian space -- one that I wish more people would avail themselves of by visiting the protest areas and seeing things for themselves.
Posted by YTSL at 10:26 PM

All great points! As we said earlier, Hong Kong may never be the same again after this!

Thanks and yes, I can't help but feel that Hong Kong has been changed by the Umbrella Movement and the behavior of its participants.

Society hasn't been changed yet by the Umbrella Movement, but the seeds of change have been sewn. More interesting is that the next generation will change and move HK society toward more democracy (unless National Education and Article 23 is brought back.)

Sadly, things will continue to be the same with land policy and real estate prices, political freedoms, real estate/billionaire cartels, and corruption (will increase) as long as CCP continues to interfere in HK affairs.

"Society hasn't been changed yet by the Umbrella Movement, but the seeds of change have been sewn."

You may be right there. For me, what's also interesting is that the Umbrella Movement has disproved certain assumptions people -- including Hong Kongers themselves -- had about Hong Kong people.

Re the land policy, etc.: I think a roar of indignation has been heard. Whether it's heeded... yes, let's wait and see.

Re the CCP: so... interesting/ironic that a political party that calls itself communist has become so aligned with tycoons, and at the expense of the regular people.