The Umbrella Movement: one month on 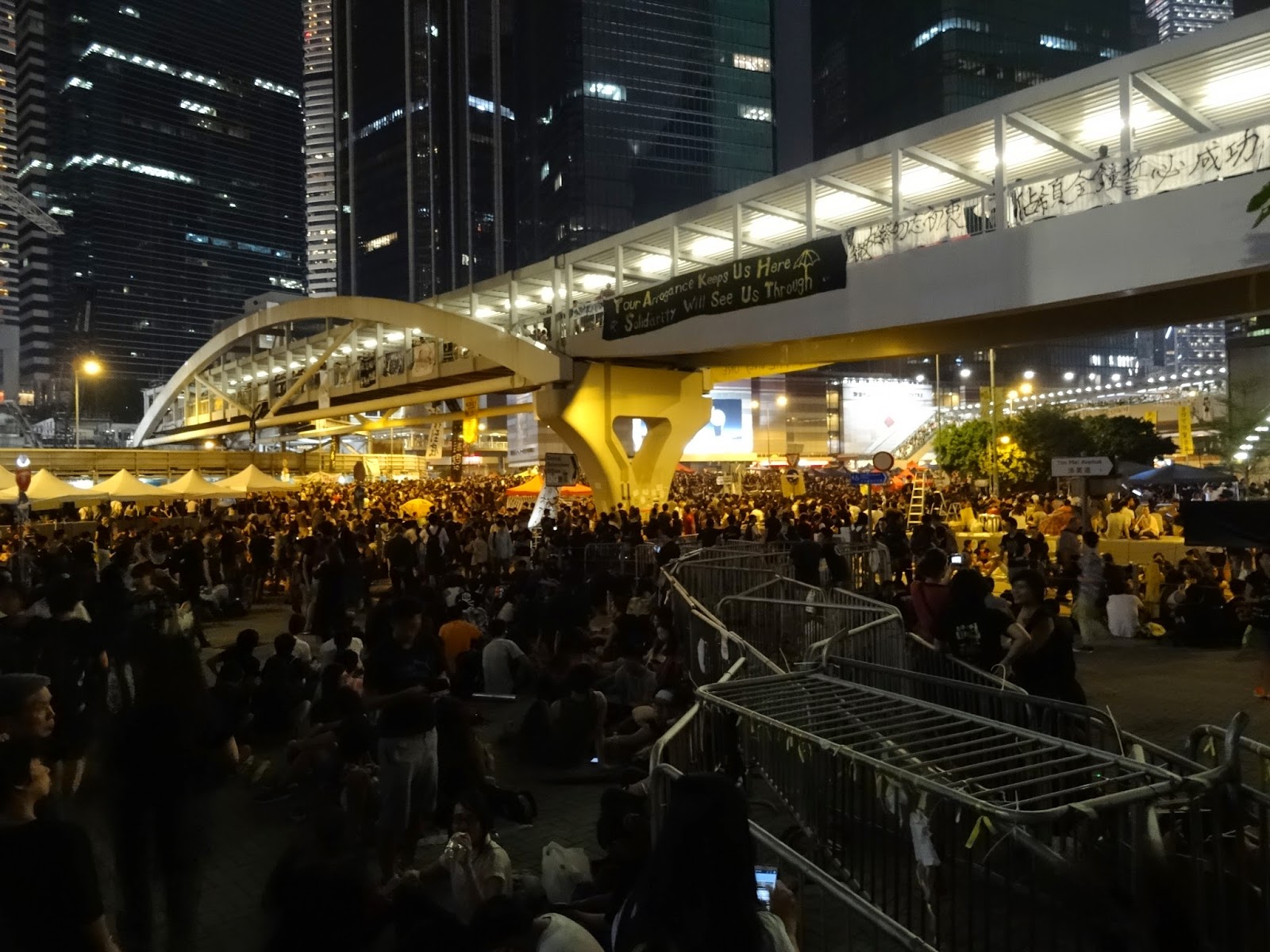 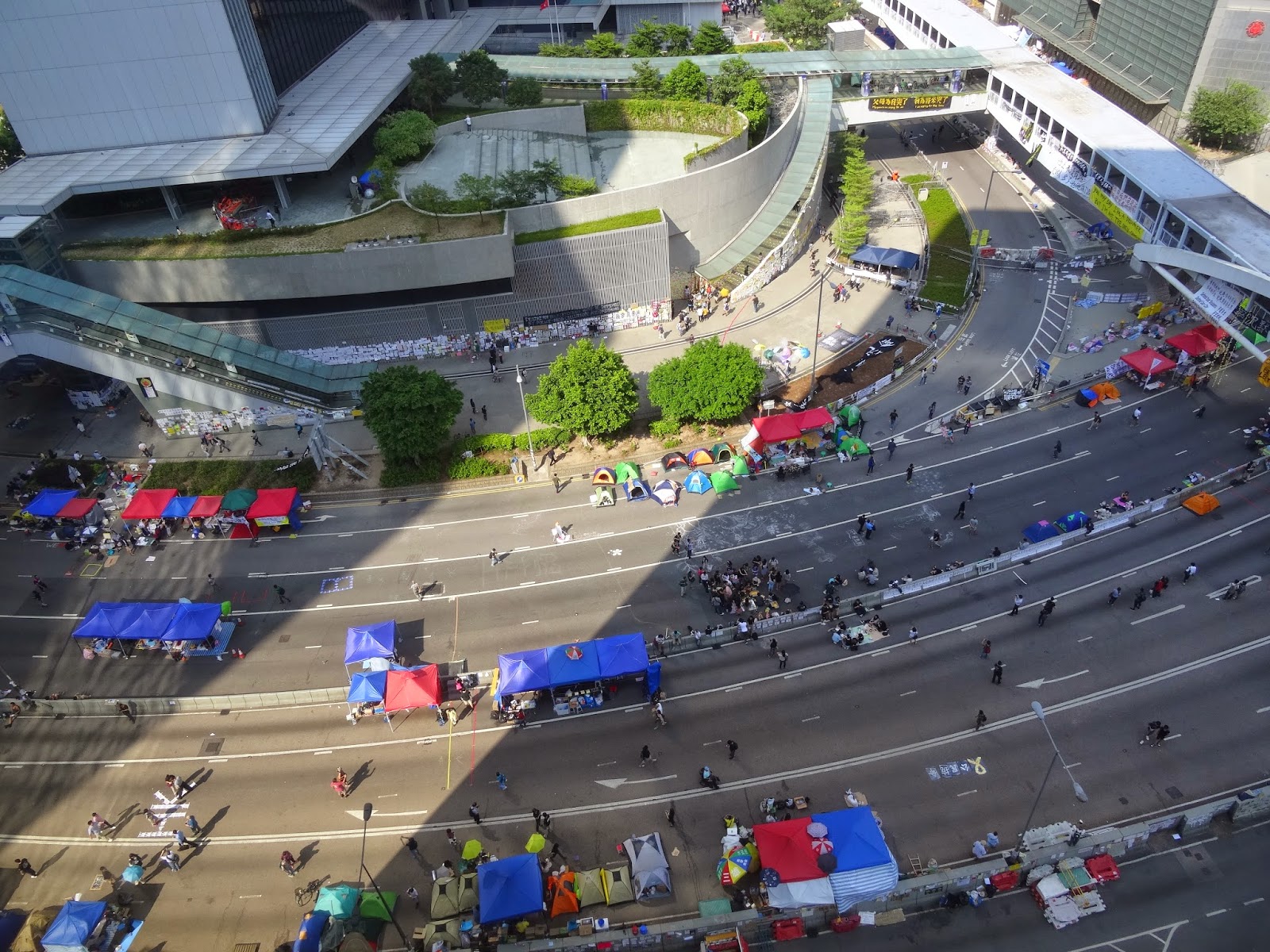 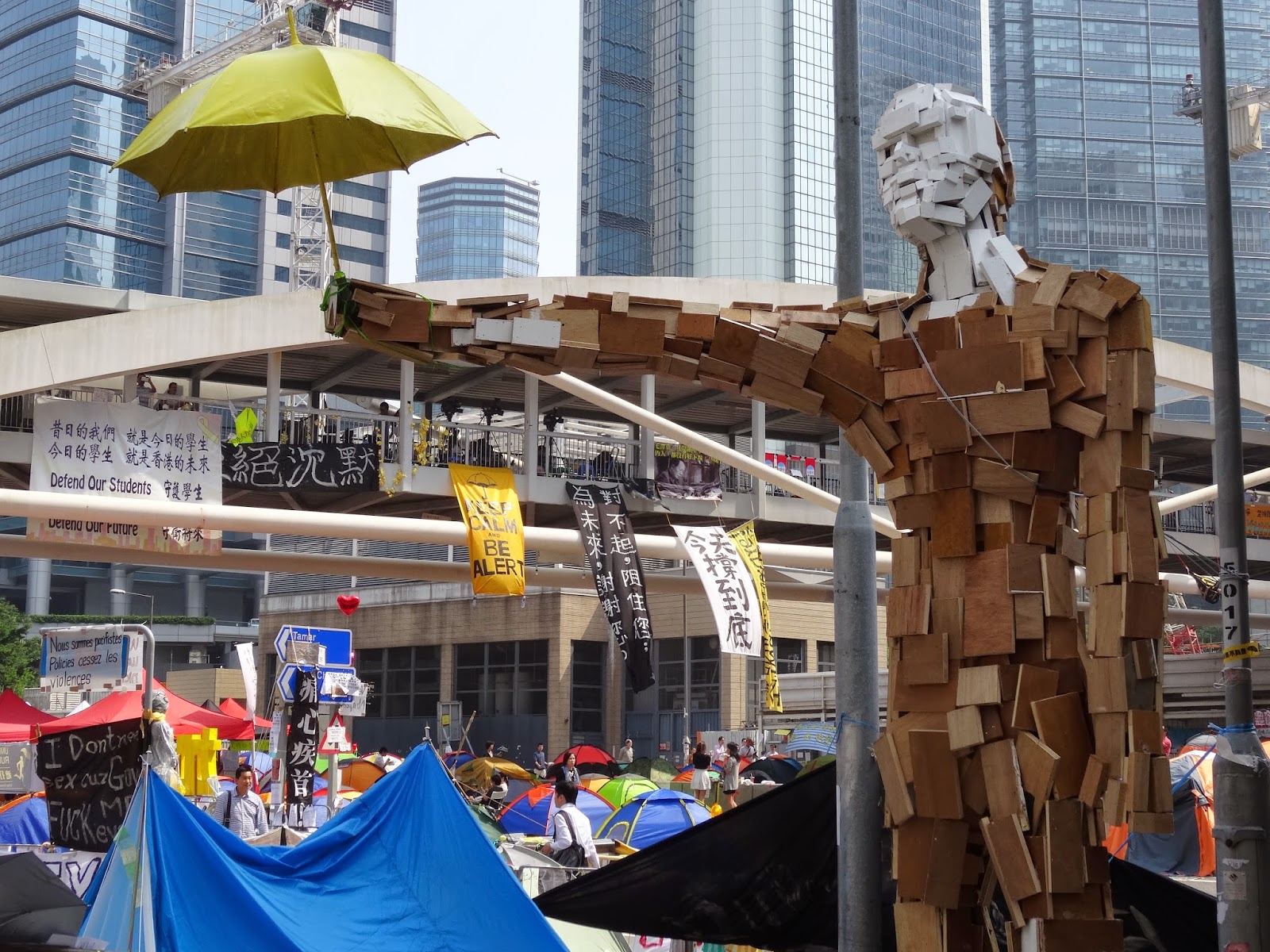 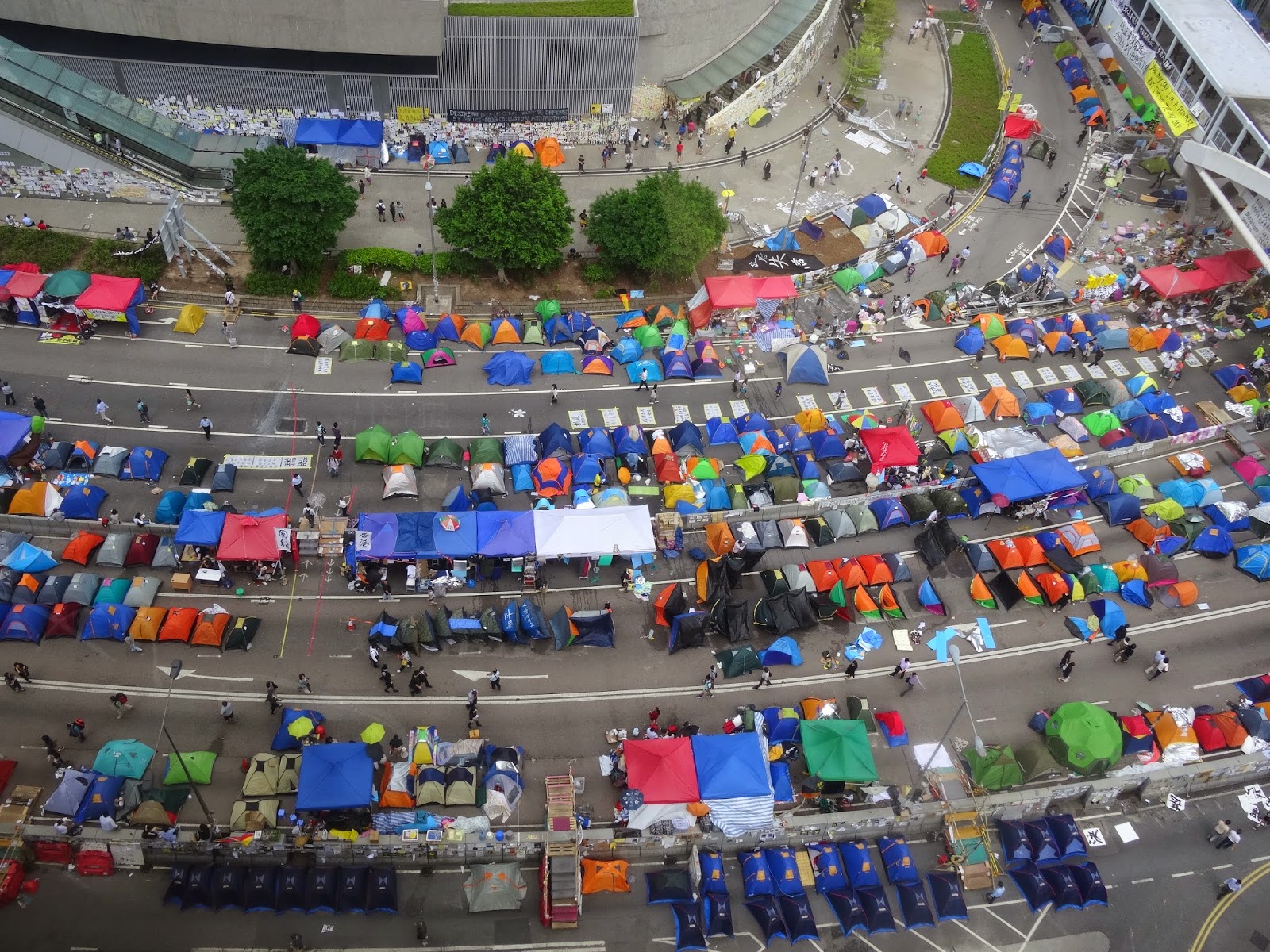 A midweek lunchtime from above of Admiralty -- and to judge
from this photo taken in week 4 of the protests, the area has
become more, not less, "occupied"! 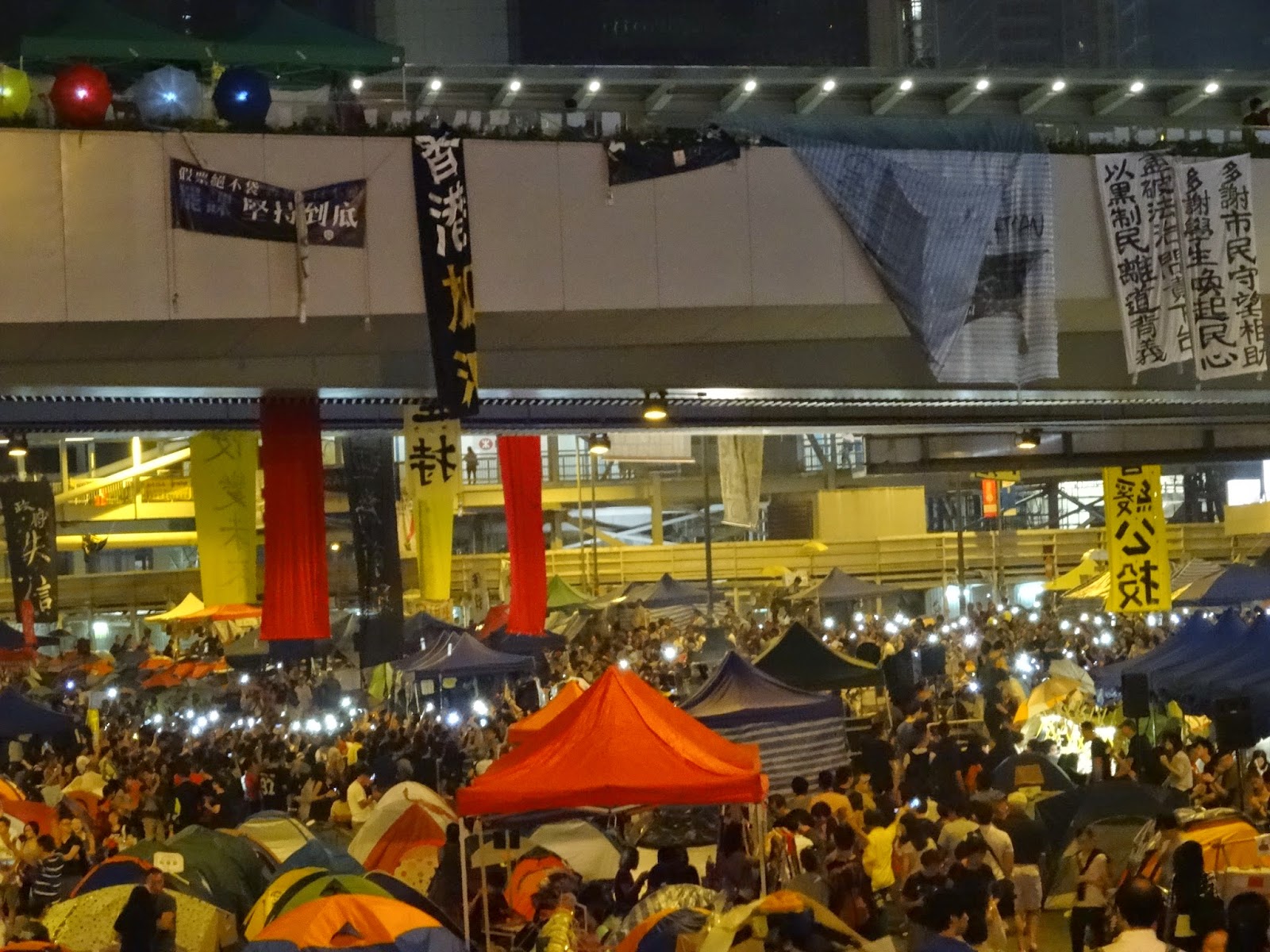 A sea of tents and people at Admiralty last Sunday evening

One month ago today, I wrote about Hong Kong being in turmoil.  That same day, I worried aloud to a friend of mine that violence would break out in the center of Hong Kong and that we'd see our first protester casualty within the next 72 hours.

Little did I know then what I now know about Hong Kongers.  And while there are people who have lauded the police for showing great restraint under trying conditions, my feeling is that it's the members of the Umbrella Movement who deserve the greater credit for things being so much more peaceful and less violent than pretty much anyone could have imagined, given the circumstances.

While we're at it: I'm also going to credit the Umbrella Movement with giving me a lot of reasons to love Hong Kong more than ever before. For even while this protest has not yet achieved what it sought to do and also has brought to light many of Hong Kong's ills, it also has shown what needs to -- and can be -- done to make Hong Kong a better place to live for the majority of its people, and that there are plenty of good people, young and old, who are willing to make sacrifices to make it so.
Posted by YTSL at 7:48 PM

I am constantly worried for the students, they are the same age as my son.

I don't know how old your son is but will tell you that I've seen reports that some of the students teargassed on August 28th were as young as 13 and 14. That's one reason why many people were so appalled that they decided they needed to go to the protest areas to support and also help defend/protect the students.