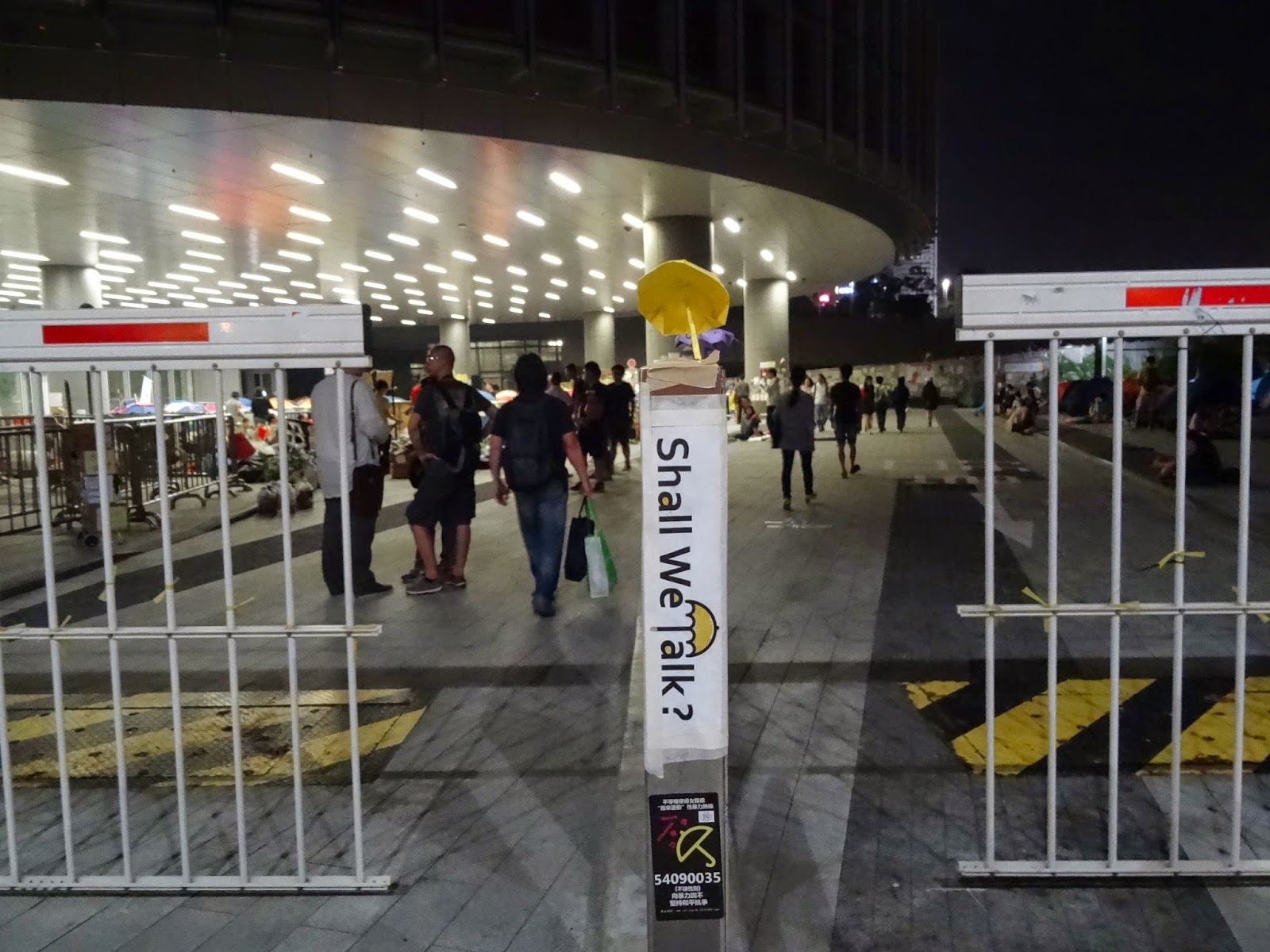 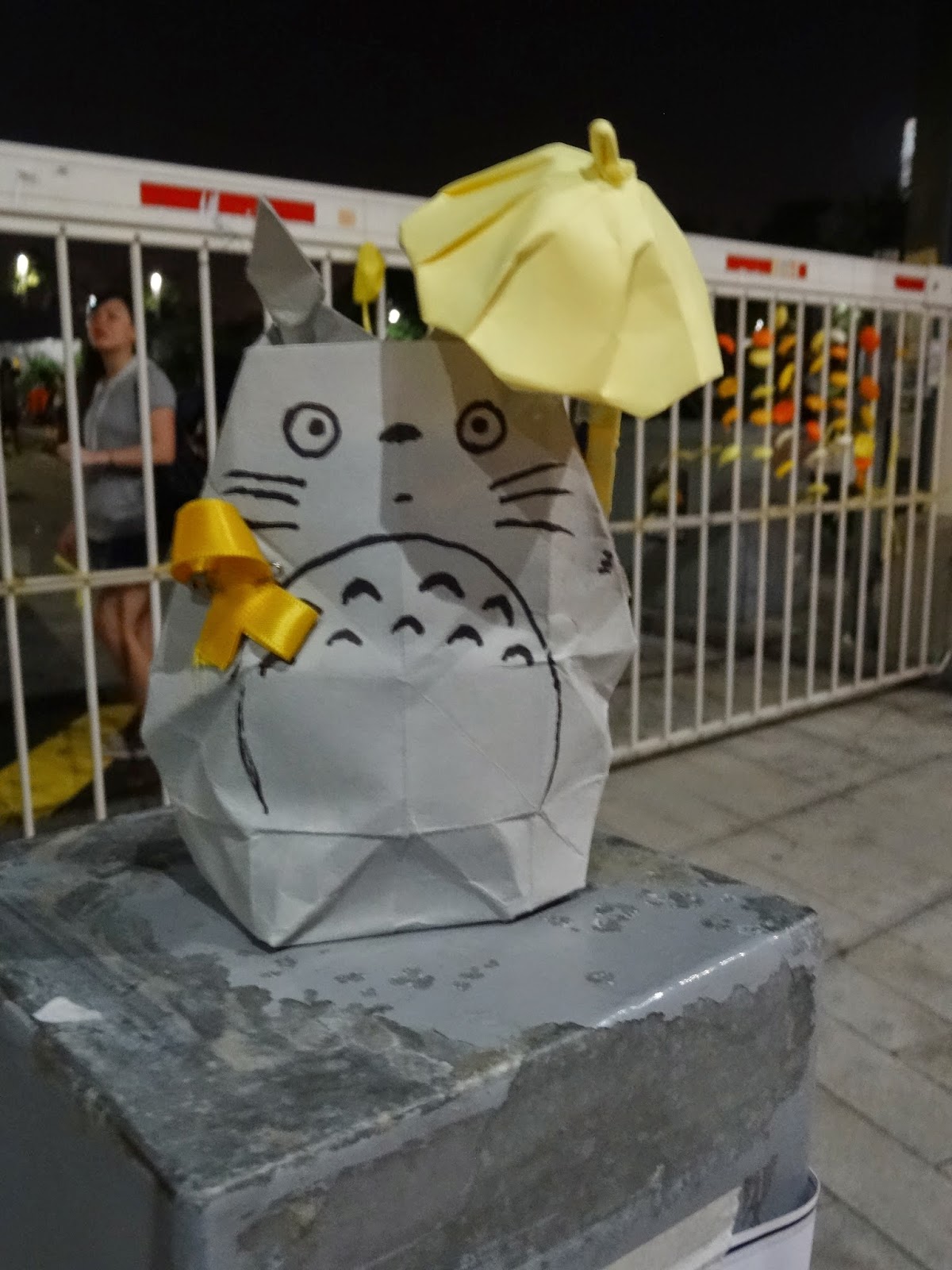 Less than 24 hours to go before a government team led by chief secretary Carrie Lam and Umbrella Movement representatives (including the Hong Kong Federation of Students' Lester Shum and Alex Chow) are scheduled to sit down to talk... hopefully civilly and productively...

Please do good by Hong Kong and don't let the people down!
Posted by YTSL at 8:39 PM

Sure hope works out for every day workers.
Coffee is on

Another delay tactic with CY Leung..

could someone out there snipe him from afar, PLEASE???

I hope that for the everyday people for sure.

I realize you're frustrated but some of your words constitute the kind of inflamatory remarks that anti-Umbrella Movement people would make use of to hurt the movement, not help it. So please keep a lid on your emotions -- and refrain from making these kind of comments unless you indeed actually are against the Umbrella Movement.

inflamatory?? I guess you haven't heard of sacrasm. (then again, ppl in HK now getting arrested while urging ppl on the internet to partcipate protests.)

My point no matter what the Umbrella movement did, even if they are totally defensive and allowed themselves to be physically beaten by CY Leung.

doesn't matter what Umbrella movement did or what they achieve, the HK gov't and the CCP will keep pushing the 'foreign interference' when there is zero evidence to support their claims.

Nothing is going to change in HK unless the HK real tycoons or the CCP get a wake up call or something that scares the living daylights out of them.

Imagine in 5-10 years, housing prices doubling again, air quality continue to get worse, mainlanders treating HK ppl like garbage or economic slaves, lacking freedom of speech, lacking freedom of assembly, censorship of the press AND the internet, maybe black jails or sticking the ICAC on pro-dems.

remember, things only will get worse unless you do something about it. This include the economic, environmental, societal.

Sarcasm can be difficult to communicate online -- and it seems you were not successful in doing so.

"Nothing is going to change in HK unless the HK real tycoons or the CCP get a wake up call or something that scares the living daylights out of them."

And you don't think that the Umbrella Movement has given such a wake up call?

People are doing something about it -- just not in the way that you seem satisfied with.

well, YTSL, you are way too serious for me...

Nope, Umbrella Movement doesn't equate to a peep/buzz when it comes to the HK tycoons or CCP... try having the international finance community start pulling out PRC foreign investment by the tens of billions also would get their attention.

Give me 1-2 million camping in the streets, then you can call "doing something about it..."

I doubt the PLA can take on/kill 1-2 million HK citizenry.

It's not 100,000 at most protesting for 3 weeks. For one thing, it's more than 3 weeks now. For another, as I've said before, the crowd at the protest areas are very fluid -- so when there's 100,000 there at any one time, there's way more people participating throughout.

If you went to the protest areas, you would know.