Moving in the right direction? 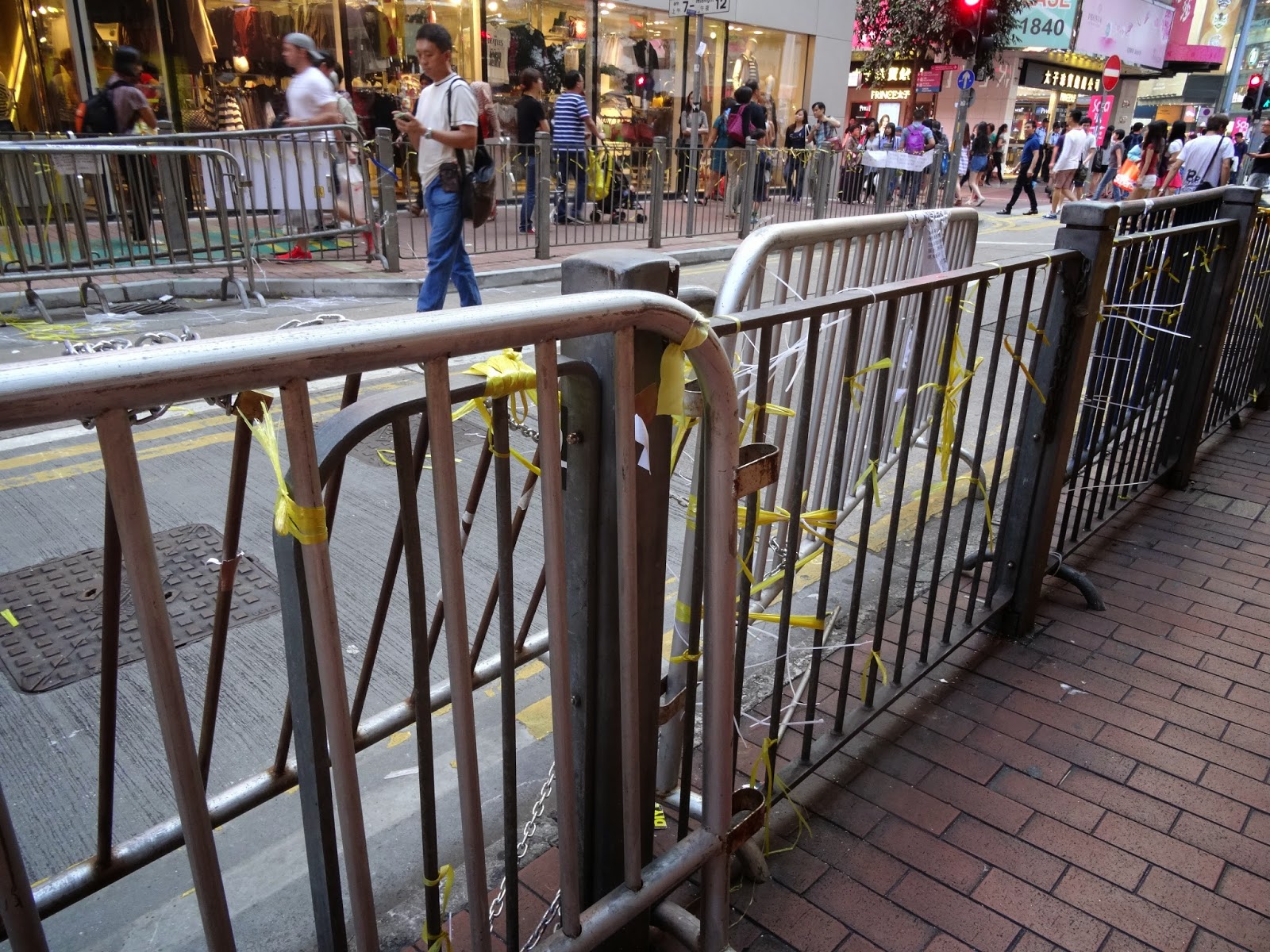 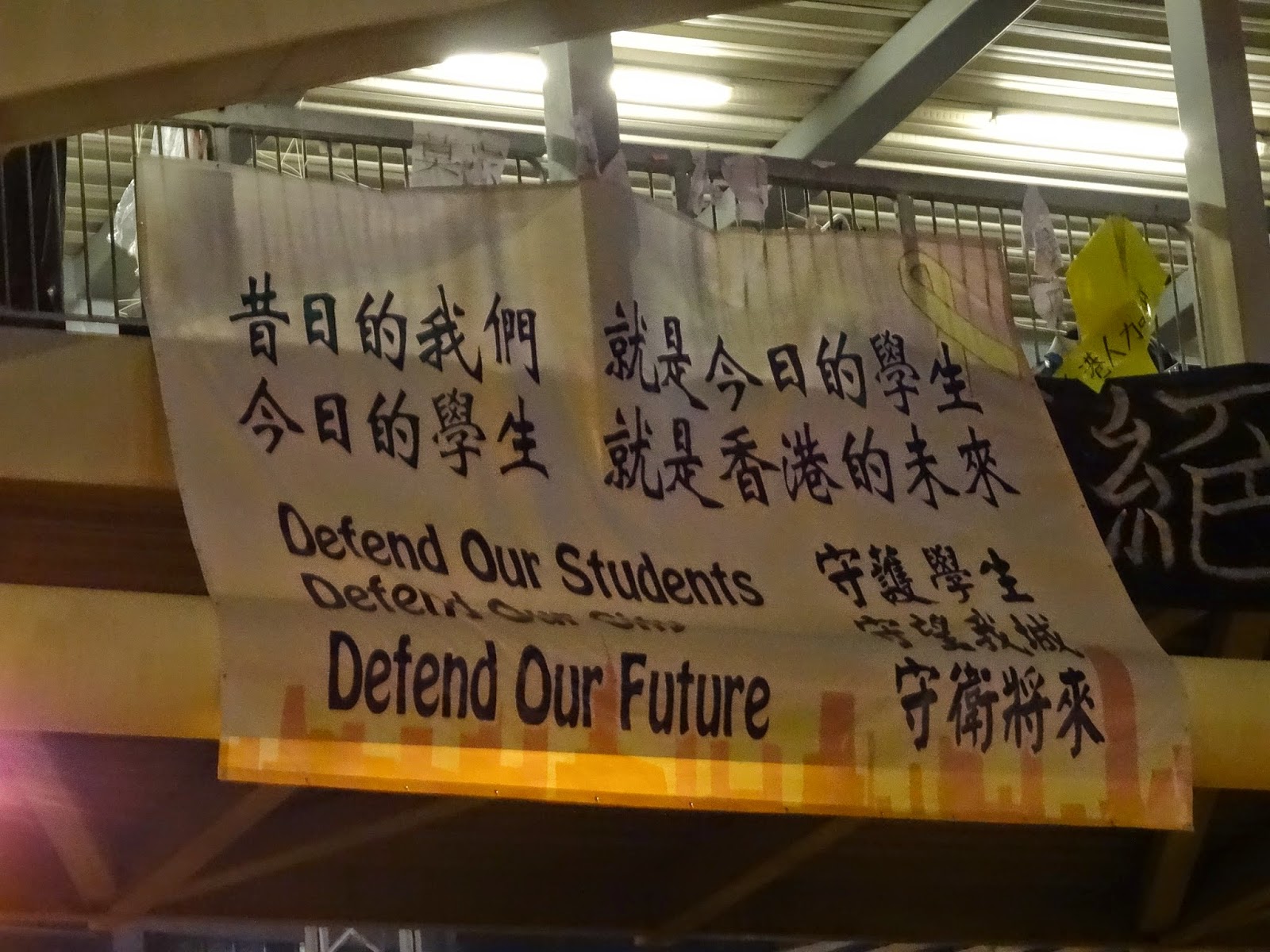 There remain people though who don't want to give up battling,
not least because they feel there's still much to fight for 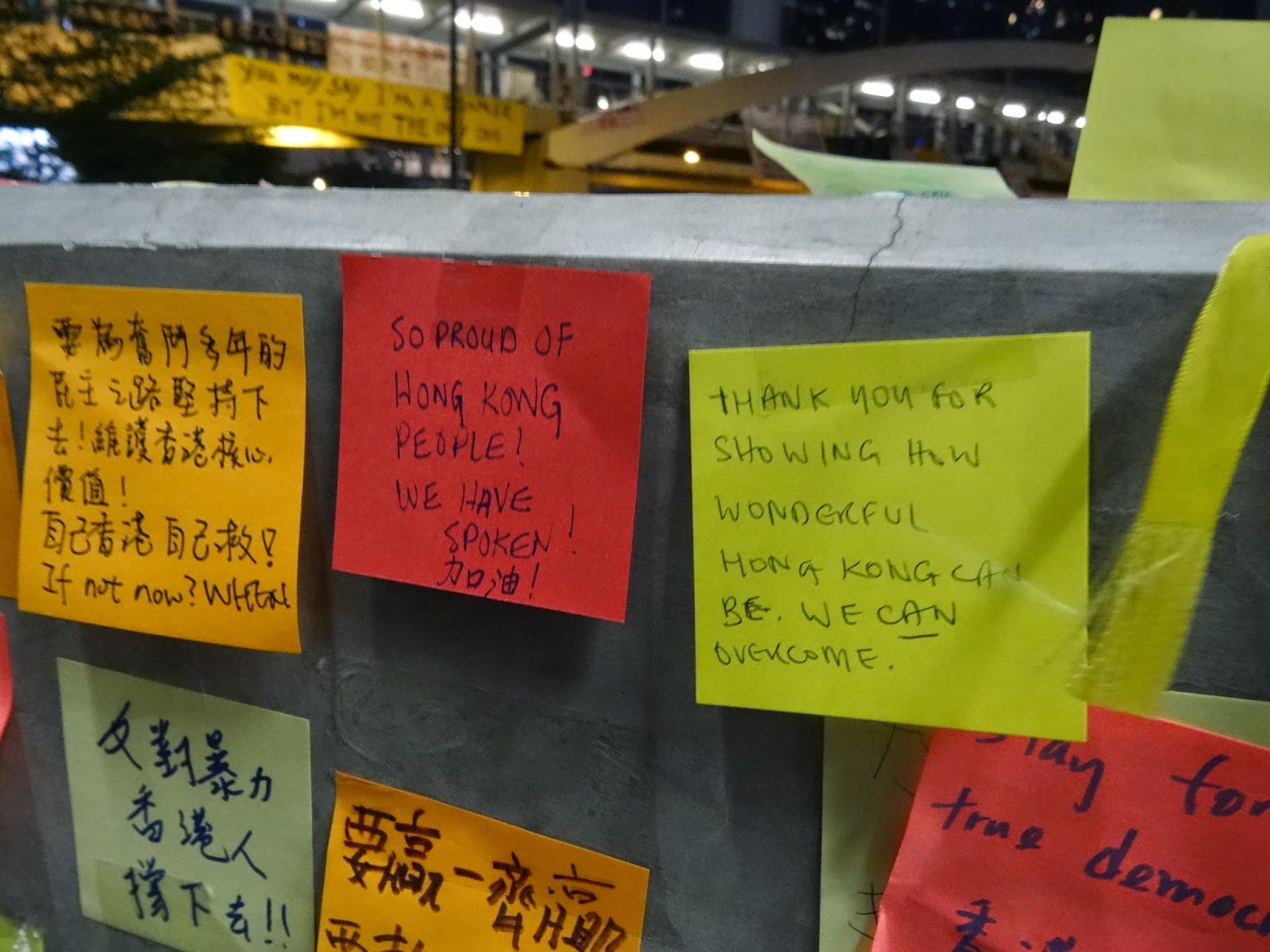 Still, already, in the minds of many, much has been achieved

This just in: Hong Kong's Chief Secretary Carrie Lam has agreed to meet with Umbrella Revolution/Movement representatives and Federation of Students leaders this Friday (October 10).  I reckon many people will greet this news with some relief -- if nothing else then because they see this as a development from "just" protesting to actually talking with the other side, and a sign that there will be no attempts by the police to forcibly and violently clear the protest areas (while using pepper spray, tear gas or some other weapons at their disposal) in the next few days at least.

If truth be told, I think many people suspect that the authorities won't be making any (major) concessions or announcements of policy changes as a result of these talks.  At the same time though, the agreement to sit down and talk can be read as an official, even implicit, acknowledgement that there are a substantial amount of Hong Kongers out there with serious and genuine grievances who are impossible to ignore and just wish away.

In any event, I think it's well apparent to pretty much everyone concerned that Hong Kong's current Chief Executive no longer is credible enough for people to want to hold talks with.  This is a man, after all, whose attempted commands seem to achieve the opposite -- to the extent that the more he demands that people stop protesting, the more people feel compelled to do the opposite! -- and distrust of whom was already very high long before the Umbrella Revolution/Movement came into being.

What's less clear is where things can and will go from here.  The past two days have seen the number of protestors dwindle -- as expected, due to people heading to work or classes these weekdays.  But dedicated individuals continue to man the protest sites and insist that they remain. (Of the ones I visited on October 1, only the one at Tsim Sha Tsui -- which even then was the smallest and also least stable feeling -- is no more.)

Funnily enough, while the Umbrella Revolution/Movement's pro-democracy goals may not have been achieved (yet), certain wishes on the part of Hong Kongers have already been granted. In the Sunday Morning Post two days ago, a reader named Wai Fong pointed out that "What this occupation has achieved the [Hong Kong government] could not -- reduction in pollution and less tourists congesting our transport systems and streets.  Let's hope it will also lead to a reduction in property prices and retail rents so that local retailers and eateries don't have to compete with luxury goods and cosmetic shops for retail space"!

Then there's Marcus Skeen's observation that "Little does Beijing know. It is punishing the mainlanders and giving the Hong Kong people what they want" (with such as the announced ban on mainland tour groups to Hong Kong)!
Posted by YTSL at 12:14 AM