A hike of two halves (photo-essay)

Close to a year ago, my regular hiking companion and I went on a hike along Smuggler's Ridge and more that I've come to think of as one of the worst I've been on in Hong Kong on account of our encountering a bunch of stupid people in cars doing such as illegally feeding as well as gawking at whole troops of excited wild monkeys during the last leg of the hike through Kam Shan Country Park. But upon looking again at the photos I took over the course of the hike, I got to remembering that the parts of the excursion that had taken us through Shing Mun Country Park and the northern portion of Kam Shan Country Park had actually been enjoyable enough.

More specifically, things only started to get unpleasant shortly after we went south of marker M120 of the Maclehose Trail along a paved road that private cars were driving up (illegally?) along from the entrance to Kam Shan Country Park from Tai Po Road. So, as it turns out, I do have some good photos to positively remember the hike with after all (along with some that made me angry even after all this time :S ). At the same time, here's definitely stating that this is one trail that I don't plan to hike along again any time soon until the situation with illegal feeding of monkeys in the area gets dealt with more satisfactorily by the authorities... 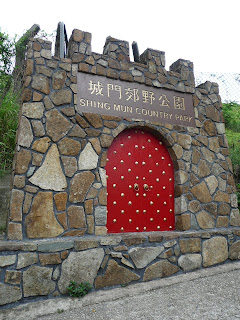 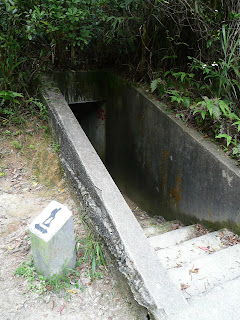 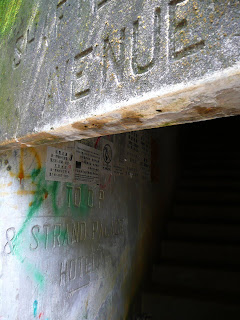 So if you have a torch and a sense of adventure, one
can't help but want to venture into at least part
of the redoubt to have a bit of a look around 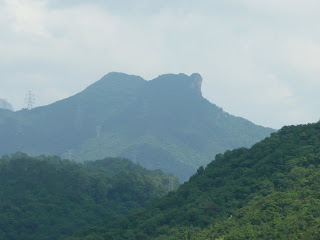 Before too long, however, the hiking trail and views to be had
along it will get you wanting to head out into the open
once more (and yes, that is indeed Lion Rock in the distance) 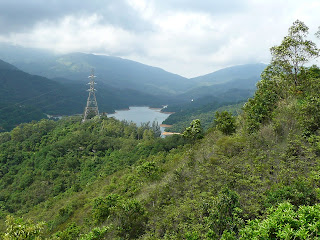 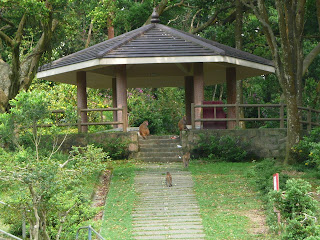 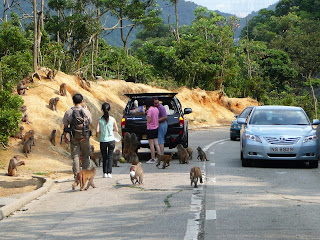 Illegal feeding of monkeys and humans gawking
(in the path of a pair of hikers) in Kam Shan Country Park :( 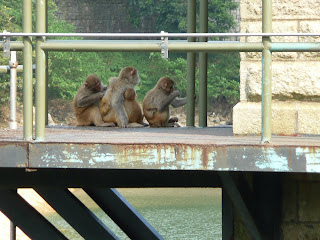 Since this hike is one I remember most vividly for the large number
of monkeys (and annoying people) encountered over the course of,
here's ending this photo-essay with a monkey-grooming photo!
Posted by YTSL at 10:38 PM

Lovely scenery but oh those monkeys look like trouble and they're so big too.

Yes, some of those monkeys are indeed quite big. But it's not their individual size that makes me uneasy so much as the large numbers of them that are about in the area, particularly when stupid people drive up and throw out food to them. :S