A by-the-numbers look at my 2019 movie viewing year 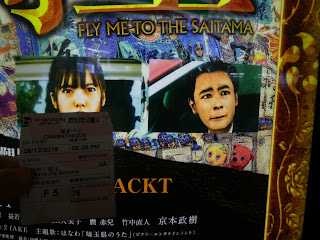 A film I saw last year in which my favorite Japanese mascot
actually made a cameo appearance... ;b 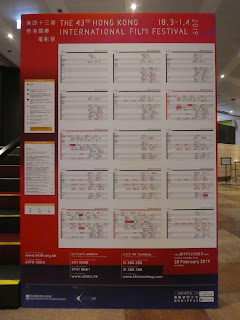 
As I was making my way home from a screening at the tail end of the 43rd Hong Kong International Film Festival on the final day of March 2019, I caught side of a protest march wending its way through the streets of Hong Kong.  Upon learning what it was about, I resolved to participate in the second anti-extradition bill protest march -- held one month later.  And even while that April 28th event drew a much larger crowd than that for the March march, I had little sense then that things would balloon the way they did -- with protest marches with 1 million and even 2 million participants, and what's effectively a resistance movement against the the Mainlandization of Hong Kong that's still ongoing in 2020.


1 -- The number of films in which I got to see Funassyi in last year :D

1 too -- The number of movies that were a sequel or part of a series that I viewed last year (and for the record, it was indeed Star Wars: The Rise of Skywalker!)

4 too -- The total number of Mainland Chinese productions (as opposed to Hong Kong-Mainland China co-productions) that I viewed last year; of which only one was made after 1949


13 as well! -- The total number of documentaries I viewed last year

23 also -- The total number of countries and other territories whose films I viewed in 2019 (And for the record, they are -- in alphabetical order: Canada, The Czech Republic, France, Germany, Hong Kong, Iran, Japan, Latvia, Lebanon, Mainland China, Malaysia, Mexico, The Netherlands, Romania, Spain, South Korea, Singapore, Switzerland, Syria, Taiwan, UK, USA, and pre-Reunification West Germany)
48 -- The total number of feature-length films from outside Hong Kong that I viewed for the first time last year

1939 -- The original year of release of Earth, the Japanese drama that was the oldest film I viewed last year