More fauna than humans spotted on a trail between Pui O and Mui Wo! (Photo-essay)

Although Lantau Island is a favorite destination for Hong Kong-based hikers, the majority of them seem to focus their attention on the trails leading up to and down from either Lantau Peak or Sunset Peak.  Consequently, many of the other hiking trails on Hong Kong's largest island feel like the road less travelled; and this especially so for those that are not part of the 70-kilometer-long Lantau Trail that's one of Hong Kong's famous four long trails.

One of the Lantau Trail's 12 sections lies between Pui O and Mui Wo.  Less well known is a coastal route between those two villages that's got some scenic sections of its own together with what appears to be higher chances of interesting critter spottings along the way.  Thus far I've been on it twice and each time, I've spotted more anglers and mountain bikers along the way than fellow hikers.  And I have a feeling it'll be the same again should I elect to go on it a third time -- which, if truth be told, is a state of affairs that I'm actually not at all unhappy with! ;) 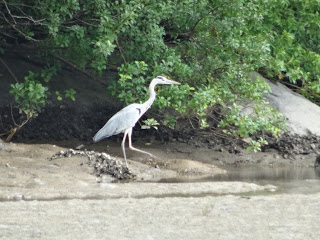 One of a number of herons spotted during this particular hike 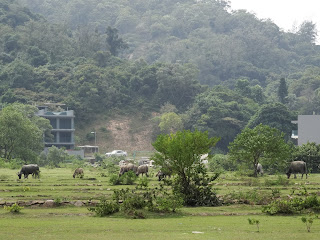 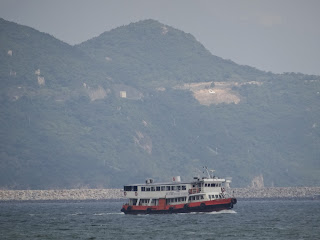 I've thus far only ever taken the Inter-Islands ferry from Chi Ma Wan
to Mui Wo (and vice versa), but it also goes to Cheung Chau and
Peng Chau -- two of my favorites of Hong Kong's Outlying Islands! 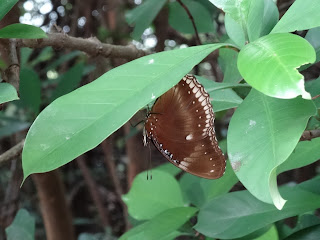 It was only after I began hiking in Hong Kong that I realized
that a number of butterflies (and moths) like to hang upside down! 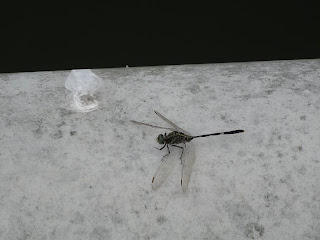 I don't think I'll ever not be fascinated by the sight of
a dragonfly's big eyes, lacy wings and super thin abdomen ;b 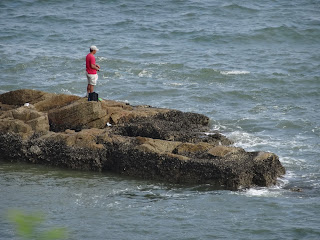 I find anglers photogenic but their hobby hard to fathom! ;) 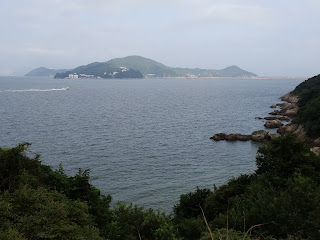 The view from the trail of Hei Ling Chau, once home to
a leper colony and now a number of correctional
institutions and also an addiction treatment center 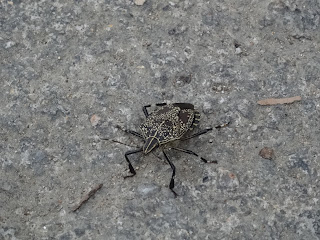 A beetle-ly bug I think looks fascinating but I have known
others -- especially other females -- to think repulsive ;(
Posted by YTSL at 11:59 PM

your beetle there sort of look like what we call a Pine Beetle. Sure hope the guy fishing caught something good.
Coffee is on

You inspired me to check my bug book and see if I could identify the bug in the picture. After some looking, I think it's Erthesina fullo, aka a yellow-spotted stink bug! ;b