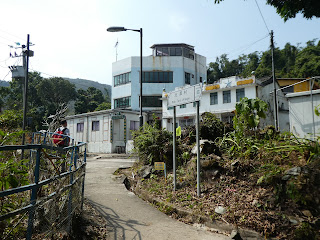 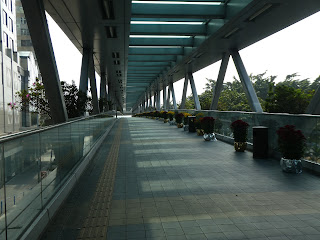 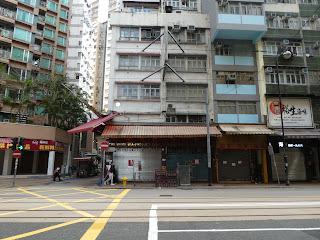 
The Hong Kong Tourism Board has a lot to answer for.  That's what I find myself thinking every time I see foreign tourists looking particularly befuddled as to why so many stores, restaurants and businesses are closed during the first few days of what's popularly known as Chinese New Year (but also is celebrated by others who use the lunar calendar such as the Vietnamese and Koreans).  Heck, even the museums and such are closed for at least the first two days of these holidays that tends to be celebrated with the family in the privacy of private homes; so visitors to Hong Kong can't even go museum visiting during this time of the year!

Even on Chinese New Year's Eve, things start to wind down: with many businesses closing early so that their employees can go home early to prepare for, and have, dinner with family; many restaurants not serving dinner due to a dearth of on duty staff; and those restaurants that have stayed open being quieter and far less crowded than usual since many of their (potential) customers are eating at home rather than eating out that night -- or have left town to go on vacation in some other part of the world where more things will open at this time of the year!

So why do I stay in Hong Kong at a time of the year where the city can be as quiet and shuttered as when there's a typhoon in town?  For one thing, I actually enjoy the experience of the city being so much more peaceful and less crowded than usual.  For another, I find that, because the factories and such on the other side of the Hong Kong-Mainland China border are not operating during one of China's "Golden Week"s, the air is often noticeably less polluted in Hong Kong (as well as presumably over there) over the first week of Chinese New Year.

In addition, over the years, I've figured out how to enjoy myself during Chinese New Year, including by going hiking with friends in the peaceful countryside, and watching Chinese New Year movies that, more often than not, tend to be on the silly side but also are full of goodwill and deliver plenty of laughs.  And while a lot of restaurants and bars do close for at least the first few days of these holidays, I also know of quite a few that stay open for business.

A tip for those who find themselves in Hong Kong sans family and/or friends to visit and provide food and drinks during this time of the year: convenience stores (such as 7-Eleven and Circle K) and fast food chains (foreign and local) do stay open; and ditto with most (if not all) restaurants serving Western or South Asian food.  And with each passing year, it seems that more and more Chinese as well as Vietnamese restaurants have opened for business over the Chinese New Year period here in Hong Kong -- though in these cases, be prepared to be asked to pay double the service charge you normally would in restaurants where a service charge is included, and for a service charge to appear on the bill in restaurants where that normally would not be the case.

Then there's the matter of the red packets filled with money which are given (by some) and received (by others) at this time of the year.  They're not mandatory to give to the staff of restaurants and such but I must admit to actually enjoying seeing the smile on someone's face when they get handed a lai see; and this especially when they are the sort who are thoroughly deserving of a tip, yet really didn't seem to expect any reward or recognition for their good service! :)
Posted by YTSL at 11:45 PM