It's been a while since I put up a Hong Kong hiking photo-essay; what with my having felt the need to chronicle such as my May visit to Japan and my June visits to Bangkok, Copenhagen, Norway and Penang, among other things.  And since then, I've also been a few more hikes!

So to prevent my going even further behind in my hike chronicling, here's going ahead and offering some photos from a southeastern Lamma Island hike I went on one late spring day, when the temperature was far more pleasant than it tends to be for much of May -- never mind June, July and August -- and welcome breezes blew for much of the afternoon!

Although there are official hiking trails passing through this area, it tends to be on the quiet side.  Often overlooked in favor of the section of the Lamma Island Family Walk between Sok Kwu Wan and Yung Shue Wan, the trail that passes through the likes of Yung Shue Ha and both Mo Tat old and new villages is a nice one to go on, especially when supplemented with a detour up to Ling Kok Shan, Lamma's second highest hill... 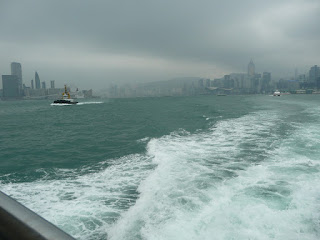 Early on during the ferry ride, I worried that the weather
would come in the way of my enjoying that day's hike... 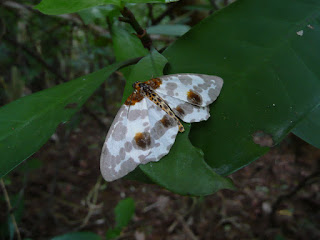 Also, I didn't much like the mosquitoes that descended on me
when I stopped to take a photo of this pretty moth! ;( 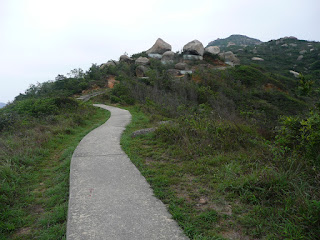 On the way up 251-meter-high Ling Kok Shan, I found myself
on a trail which passed by lots of interesting rock formations
(and, happily, had fewer mozzies than was the case closer to sea level!) 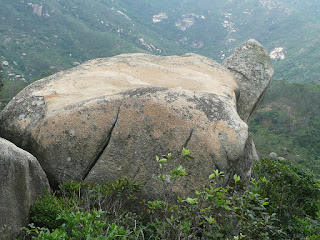 With a bit of imagination, this rock looks turtle shaped, right? ;) 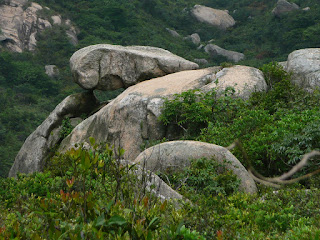 Weird but true: two of the rocks in the picture look like
they're "kissing" to me! ;b 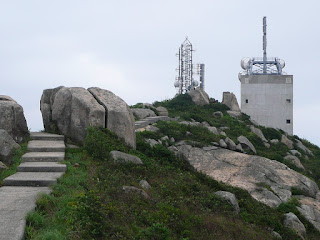 Surely they didn't cut through rock while laying out the path
to the signal station at the top of Ling Kok Shan?! 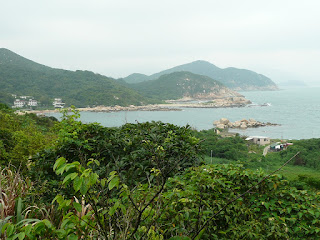 Closer to sea-level over on the southeastern side of the island,
the view was noticeably greener 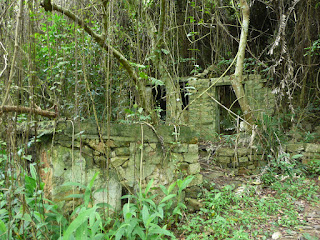 There are quite a few ruined buildings that nature
has reclaimed but some people still do live in the area
(including relatives of a certain Chow Yun-Fat!)
Posted by YTSL at 11:14 PM

The text and photos you post here add up to a visual narrative of a hike, that for this rock enthusiast, is one of your best entries. On my one and only trip to Lamma, I took the easy Family Walk, but the route you show here is intriguing, especially the detour up to the Signal Station.

Some of these photos reinforce my belief in the anthropomorphism of certain rocks, especially those in Hong Kong...In your rocks "kissing" photo, the largest rock does resemble a torso...The "turtle shaped rock" does look exactly like a turtle, linking it with Tortoise Rock, Po Toi...The photo of the "ruined buildings" has a forlorn beauty about it.

Yes, I like this southern Lamma hike route better than the better known Sok Kwu Wan to Yung Shue Wan trail. And if you're into rocks, there will be lots of places that would make you happy here in Hong Kong! Especially if you can "see" things in the rock formations like I do... :)