The first time I traipsed from Tung Chung to Tai O, the 16 kilometer hike was the longest I had ever gone on, and I was pretty tired by the time I got to the so-called "Venice of Hong Kong".  On my third trek along that route, however, it was my hiking companion who was the exhausted one -- and I consider that a good gauge of my health and hiking prowess having increased!

One reason why my friend felt so drained was because it was pretty hot out there that summer afternoon -- and while I had opted for shorts and a cap to cover my head, he chose to wear long trousers and no head gear.  I'm glad to report that he didn't come down with heatstroke though -- thanks, I believe, to his at least having brought ample water to drink along the way; though when we got to Tai O, he ran to a store to get at another bottle of water to empty over his head to really cool down!

Still, any fear I had that he was actually in a bad state disappeared when, rather than hurry to our hike's end, he got all excited when we spied a bamboo theater erected on the outskirts of the village and he rushed to snap photos of the temporary structure and the Cantonese opera performance taking place inside it! ;b 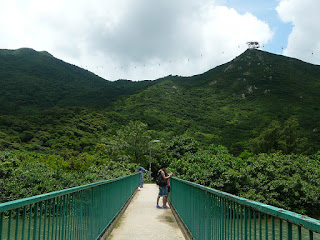 Early on in the hike, one of the most visible area landmarks
is the Ngong Ping 360 cable car attraction 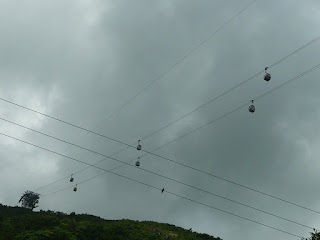 Wires galore up above! :O 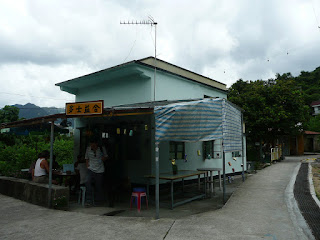 Less than an hour into the hike, one can get drinks, snacks
and a bit of rest if one so wishes at this cafe 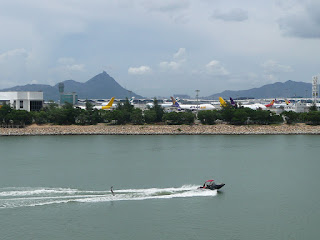 Other signs of one not having left civilization behind at all include
that of the busy airport across the water and a waterskier on said water! 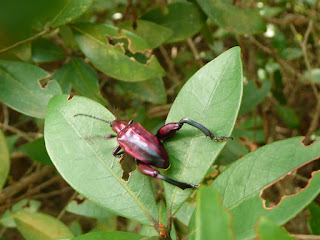 Still, this is not to say that this was a hike bereft of
cool critter spottings, like this brightly colored beetle! 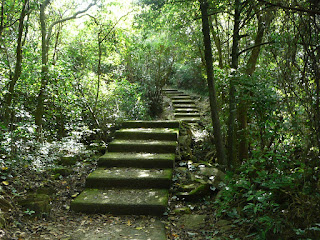 On my second hike along this trail, my heart sank at the sight
of these steps but this time around, I took heart in knowing
that seeing them meant that we were more than two thirds done already ;) 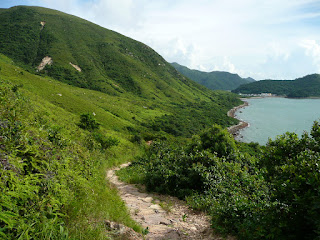 When you get to this point of the hike,
you're more or less at the home stretch! :b 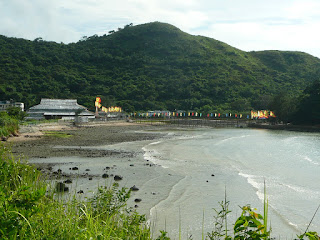 And on this hike, there was the bonus sight of the festive
bamboo theatre, and colorful flags fluttering in the wind :)
Posted by YTSL at 11:59 PM