Less than a week after we hiked up Needle Hill but then went down to Fo Tan rather than continue northwards along the Maclehose Trail to Grassy Hill, my two hiking buddies and I returned to the area to "conquer" Hong Kong's 14th highest hill (at 647 meters above sea level).  What with it also being two days after torrential rains had fallen over the territory, the afternoon in question was noticeably cooler than just five days before -- and visibility was as far as 40 kilometers in parts of the Big Lychee.

At this time of the year, creatures are out in force -- Grassy Hill sure does live up to its billing.  With much of the countryside a verdant green, there were splendid sights as well as cool critter spottings to be had on the hike.  Without a doubt, my favorite section of the route was that between Grassy Hill and Lead Mine Pass.  If this part of Hong Kong that actually had me thinking of the Alps -- and scenes from The Sound of Music! -- weren't so out of the way (and accessible only by foot!), I'd love to go there more often... ;S 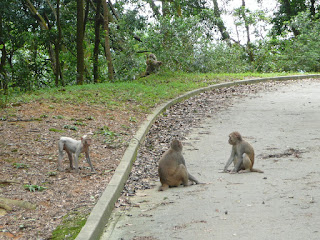 Unlike when we hiked up Needle Hill, we did run across some of
Shing Mun Country Park's monkey residents this time around 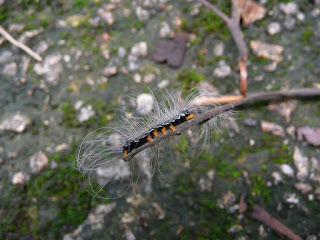 Frankly, I prefer this kind of hairy critter to the macaques! 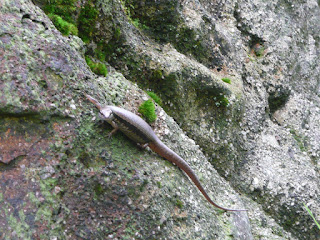 This image is less sharp than I'd like because this fat reptile
actually moved much faster than you'd think it could! :O 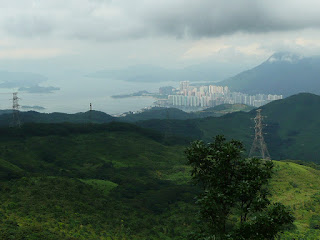 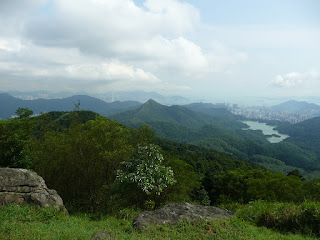 Looking back from a bit further up to Needle Hill,
Shing Mun Reservoir and parts further south 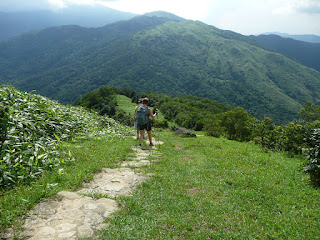 Would you believe that Hong Kong can look like this? ;b 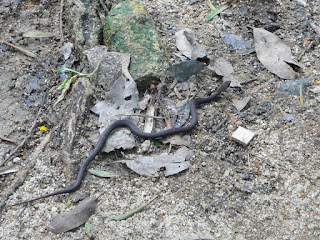 And yes, believe it -- a spotted snake spotting
on the way down from Lead Mine Pass! :O 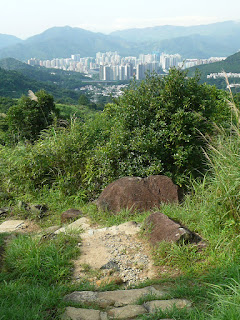 It looks far away but the town in the distance,
Tai Po, was where we had that day's post-hike dinner :)
Posted by YTSL at 10:01 PM

Beautiful shots. Looks like a great walk to take. I love the landscapes and animal shots.

Thanks for appreciating my photos -- and yes, I, for one, definitely enjoyed that hike! :)