Ringo Lam's return: the not so Wild City (film review) 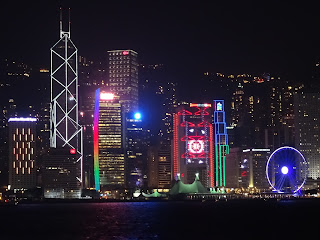 
It's been eight years since Ringo Lam's helmed a film (along with Johnnie To and Tsui Hark in the Triangle anthology), twelve years since he directed a feature length movie (the enjoyably quirky Looking for Mr Perfect), and decades since the films that earned him the admiration and adoration of many Hong Kong fanboys and -girls (among them City on Fire, School on Fire and Full Alert) burst onto the silver screen.


As though to make up for all that lost time, the self-described "dark-faced god" decided not only to direct but also supply the story for and script what may well be his "comeback" movie -- if it performs well enough on the mainland, where it opened on July 30th (even while not yet having officially gone on general release in Hong Kong) and the bulk of this film's producers hail from.


Wild City revolves around two unlikely good Samaritans who get much more than they bargained for when they go to the aid of a pretty female. At closing time late one night, cop turned bar owner Tin Man (Louis Koo's character is referred to as T-Man in the typo-ridden English subtitles) discovers a customer (Tong Liya) slumped by a window who's so soused that she can't (won't?) tell him where she lives even while revealing that she originally hails from Qingdao (Tsingtao, like the beer, in the English subtitles).


Worried that she'll fall victim to less honest people, Tin Man (whose "man" is actually pronounced more like "mun") takes her to sleep off the alcohol at the village house belonging to his beloved step-mother (Yuen Qiu) that's also home to his taxi driver step-brother Chung (Shawn Yue).  The day after, Tin Man and Yun (the female mainlander) return to the spot outside his bar where her car has remained parked.  Around the time that Chung also turns up there, so do trouble in the form of Mandarin language-speaking bad guys (including those played by Jack Kao and Joseph Chang) revealed to be hard core Taiwanese criminals under the employ of a spoilt mainland rich kid (Ma Yuke).


As the plot further thickens, the cast of characters is extended to include those played by Hong Kong actors Michael Tse, Sam Lee, Philip Keung and Simon Yam.  At various times in the film, viewers also are treated to car chases that supply the bulk of Wild City's thrills.  In addition, the way one of the bad guy is killed and the treatment meted out to another two of the movie's villains by the good guys can be gasp-inducing in a way that recalls those seemingly found as a matter of a course in Hong Kong movies of the mid 1980s through to 1990s (not coincidentally, Ringo Lam's heyday).


Despite all this, an argument could be made that Wild City just isn't "wild" enough overall to truly and thoroughly entertain.  Some people might ascribe to this director Lam's helming skills having become rusty but my own sense is that it's scriptwriter Lam who came up short. Put another way: I don't think it a small matter that pretty much all of Ringo Lam's classic works were not (primarily) scripted by him (but, instead, by the likes of brother Nam Yin).


It's also tempting to wonder if Wild City wouldn't have been a better film if it had been a smaller scale work that didn't need to fulfill requirements that come from it being a mainland Chinese-Hong Kong co-production.  Among other things, too many of the supporting characters are far too one-dimensional (and those who play them criminally under-utilized).  In particular, Tong Liya's Yun is under-written and often seems to exist primarily as a plot McGuffin rather than the kind of lead female character that anyone -- in the movie or watching the movie -- can genuinely feel for.

Enjoyed this review, even if it doesn't sound like one of the director's best. It usually takes a long time for Hong Kong-mainland movies to arrive on dvd in the US...If this sometimes fanboy may make some comments about film, I did receive three dvd's in the mail that I would like to mention...Kung Fu Jungle, may be a generic Hong Kong martial arts-crime thriller, but I liked it better than I thought I would - and the cameos of Hong Kong film veterans, I found to be endearing...Brotherhood of Blades (2014) is a mainland wuxia film that didn't make much of a splash at the box office, but suprisingly good, without excessive special effects and with a good performance by Chang Chen (I look forward to seeing him The Assassin)...

Finally, The Magnificent Concubine ('62) is one I should have bought years ago. A fine melodramatic performance by the lead actress - and impressive set design. I loved this movie, one that I have a warm feeling for in the same way I have for Intimate Confessions of a Chinese Courtesan...I hope that Lady of the Dynasty turns out to be this good, but I doubt it.

I wonder how long "Wild City" will take to make it to DVD in the US. In the meantime, it's playing in (a few) cinemas in the US -- and yes, opened in the US as well as mainland China before Hong Kong...

Re the other films you mentioned: I did like "Kung Fu Jungle" -- and yes, enjoyed the many cameos in the movie. Haven't seen "Brotherhood of Blades" -- don't think it played in Hong Kong. "The Magnificent Concubine" is a deserved Shaw Brothers classic along with "Intimate Confessions of a Chinese Courtesan". Am not familiar with "Lady of the Dynasty" -- is it a Shaw Brothers movie I know by another name, I wonder?

To answer your question, Lady of the Dynasty is the English title of Yang Kwei Fei, which just opened in China. I believe this film had directors and actors who came and went before finally getting down to shooting, which accounts for its late release. It stars Fan Bingbing and Leon Lai...I found this movie online and watched it yesterday. Watching a movie on a laptop isn't the ideal way to view it, but this one seemed pretty mawkish. The movie was well cast, but I don't think the director brought them alive dramatically. Joan Chen has a small role at the beginning, and her acting adds some stature to this movie. I'd probably go see this in a theatre before I really judged it.

I have to say that I'm generally sceptical of remakes -- and the Chinese ones haven't made me change my mind. Last year's "Bride with White Hair" remake with Fan Bingbing was abysmal, so I won't be rushing to see "Lady of the Dynasty" any time soon!