Five things I learnt about Hong Kong from watching Transformers: The Age of Extinction 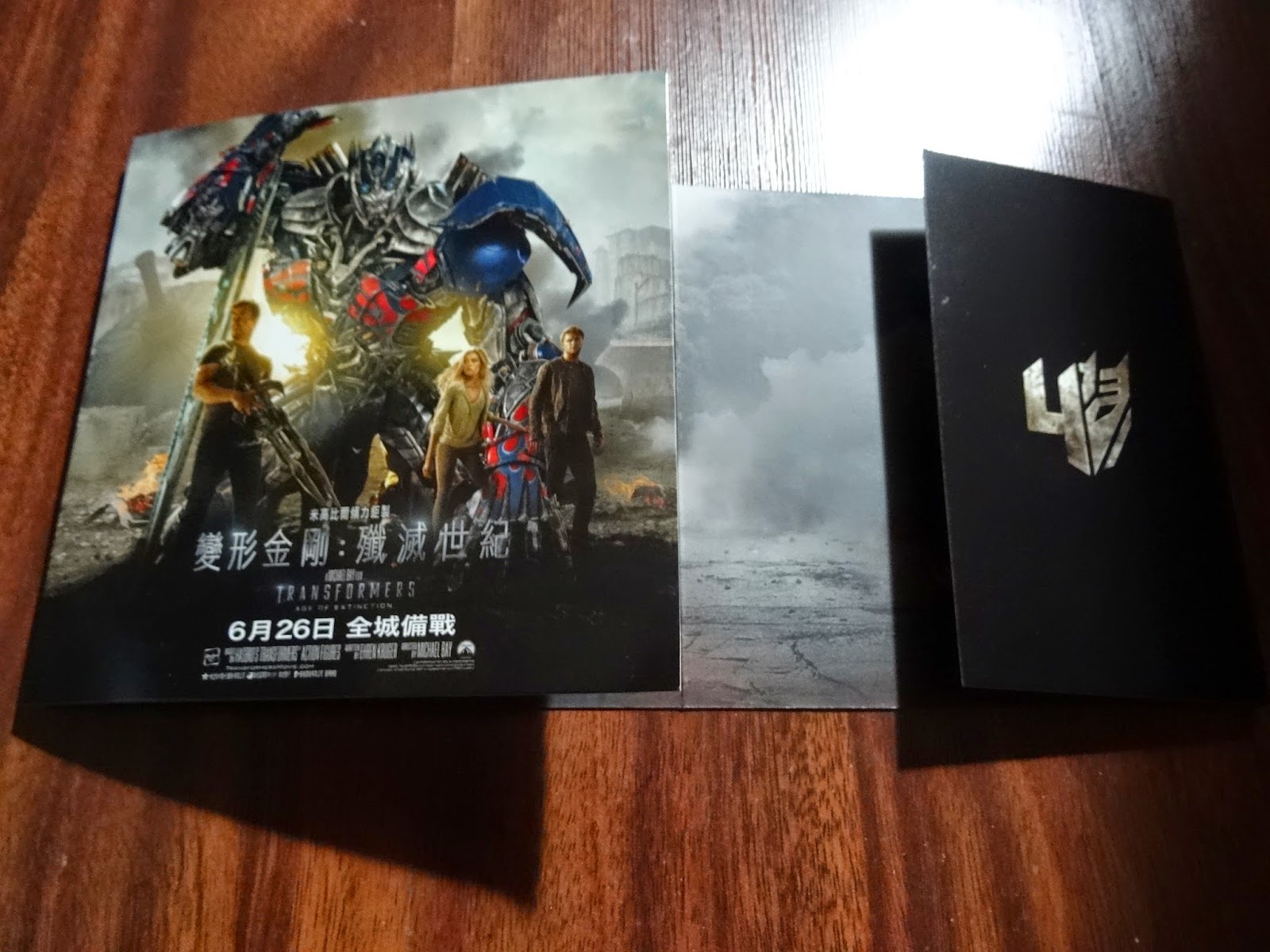 My ticket for a special screening of
Transformers: Age of Extinction

Last night, I attended a special screening of a Hollywood blockbuster that's hotly anticipated by Hong Kong filmgoers -- not least because part of it was filmed here in the Big Lychee. I'll leave it to many, more illustrious others to tender their more detailed reviews of Transformers: Age of Extinction (which will be released in cinemas in Hong Kong on June 26th, the US a day later and the UK  and Ireland only on July 5th).


For my part, I'll just say that I found it dumb but entertaining -- or should it be entertaining but dumb?  In any case, what I want to share more are five things I "learnt" about Hong Kong through viewing this Michael Bay movie:-


1) It takes only a few hours -- or is just minutes? -- to drive from Beijing to Hong Kong!  And this in an ordinary car rather than a Transformer.  (In real life though, Beijing is a whopping 1,226 miles or 1,973 kilometers from Hong Kong!)

2) Locations in Quarry Bay, To Kwa Wan, Sham Shui Po and Central are interchangeable -- I write this because the way they are presented in the film, they all seem to be so close to one another that people in, say, To Kwa Wan can come across those in Quarry Bay in a matter of minutes.

3) There's not only countryside immediately to the south of Quarry Bay (true) but the natural landscape there strongly resembles that of Wulong Karst National Park over near Chongqing (so not true)!

4) The real Hong Kong just does not look "Chinese" enough for filmmakers like Michael Bay.  So scenes had to be shot in a fake Hong Kong that actually was located in Detroit, Michigan -- one in which moon gates, Chinese arches and restaurants with birds in cages can be found.

5) In Hong Kong, kungfu masters are so prevalent that the one other person you find yourself in an elevator with is likely to be one... (Note: while more than one person I know seems bothered by this stereotype, I personally find it pretty cool that Hollywood -- and by extension those who watch their films who are not from here -- thinks this! ;b)
Posted by YTSL at 11:11 PM

Ha! This was fun. I'm glad you kept track!

I wonder whether we could make a collection of fictionalized versions of cities based on movies? I'm sure Hong Kong isn't the first city to have been manipulated in this way. (On a slightly related note, I have found myself wondering how many times the Golden Gate Bridge has been destroyed in movies. I guess it's just not as much fun for movie makers to destroy less iconic bridges!)

HI YTSL -- Love your observations about the movie! Fact checking movies can be hilarious and this is one of them!

Re the collection: that'd be a tough job. Will leave it up to you.

I read this blog several times yesterday before I went to see Transformers: The Age of Extinction. I'm glad I did because the "Five things I learnt about Hong Kong" provided me with lots of laughs. The way they compressed the different China-Hong Kong locations into one mishmash was typical of the comic book mentality of this ridiculous movie. I wish they had given the movie time to breathe and allowed the cinematographer an opportunity to capture some of the character of Hong Kong - but at nearly three hours, I felt as if I were inside a blaring video game...I guess none of this matters because judging by the huge box office grosses, the Hollywood and Mainland financial backers of this movie are probably laughing all the way to the bank!

To make a contrast to this, last week I bought a copy of Mamoru Oshii's classic anime, Ghost in the Shell ('95). Although this anime might be too hardcore cyberspace-noir for some - the imaginative artwork modeled after Hong Kong and the Walled City of Kowloon, will stay with me long after Transformers has faded...I happened to link to a website, randomwire.com, which has photos of a rebuilt Walled City of Kowloon at a gamepark in Kawasaki!

I think "Transformers: Age of Extinction"'s box office performance is helped considerably by its length and mostly being shown in 3-D -- thereby making cinemagoers have to pay more than for the usual length 2-D movie.

BTW, I've read that the drive was from Guangzhou to Hong Kong, not Beijing. But in all honesty then, I'm not sure when things moved from Beijing to Guangzhou!

Re "Ghost in the Shell": it's definitely visually interesting. And yes, I've seen that "rebuilt" Kowloon Walled City in Japan -- and reckon it'd be interesting to visit. :)