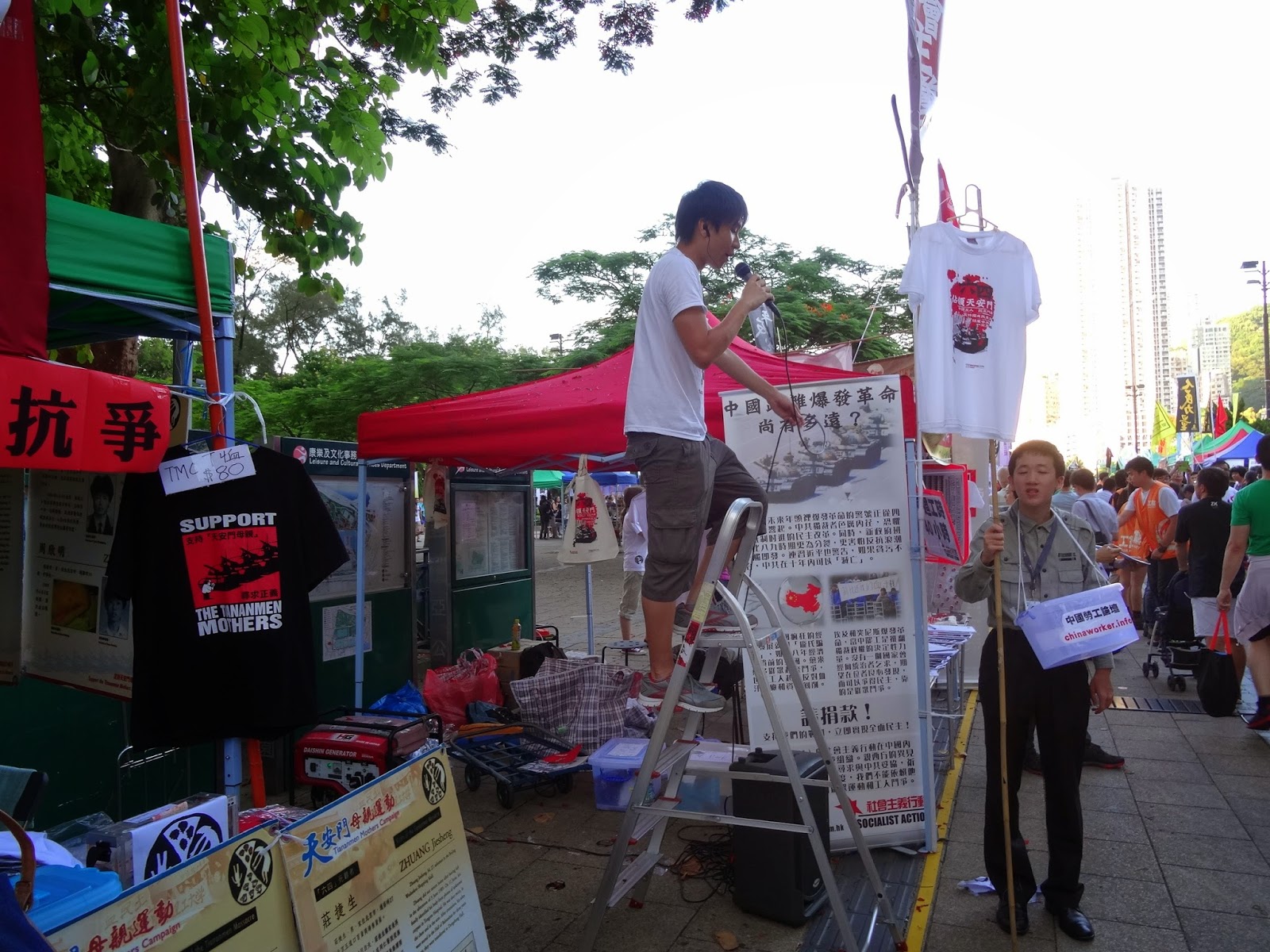 Hong Kong remembers, and wants China and the rest of the world to know this and remember too, that 25 years ago this summer, idealistic and brave souls assembled to demand that China change for the better.  Sadly, the Chinese government reacted badly to the demands, with the army that the people had previously considered theirs obeying orders and firing on the Chinese people.


Hundreds, if not thousands, of lives -- many of whom had not even seen their 21st year on Earth -- were lost over the course of just a short period of time.  And no, I -- and hundreds of thousands, if not millions -- of other people do not believe that this is just Western propaganda saying this is so.

On this day, as for the previous 24 years, people assembled in Hong Kong's Victoria Park to attend a candlelight vigil held in memory of what transpired on June 4, 1989, in Beijing and the days leading up to it.  Early on into the event, I worried that the turnout wasn't as large as in other years that I attended on account of Victoria Park not being all that crowded at the time I got there (before 6.30pm).


But later on in the evening, the organisers announced that the football pitches were filled, then that the grassy areas had also been filled, and then that there were people standing in the surrounding streets (because there was no room left in Victoria Park for them to get in).  Then, about 3 hours on after I had got into Victoria Park and towards the end of the ceremony, came the announcement that tonight's attendance was estimated as 180,000!

I'm unable to attest to the exact size of the crowd but know that there were many people around me in Victoria Park today.  Also, that the mood appeared to be far more focused on remembering and memorializing this year than in certain other years, when some people seemed more into venting their anger at the Hong Kong government, in particular Chief Executive Leung Chun Ying.

In any event, I always come away from Victoria Park on June 4 feeling proud of Hong Kong -- for being the only part of China where people are safe to publicly remember the events of the summer of 1989, and for its people doing so peacefully, and in such large numbers, each year.
Posted by YTSL at 11:59 PM