I tried.  Really I did -- to take advantage of being in Osaka and eat until I dropped, if not outright kuidaore, that is. But although I was famished after my train ride from Kanazawa -- and did have two good meals while in Japan's third largest city (both of which involved fried foods too!) -- I have to admit to not feeling like I took advantage of as this major foodie city as much as I should have.

I blame it partly on the final full day of my most recent Japan trip being the hottest of the trip, and also in part due to my having eaten (and drank) so well at every meal time during my vacation.  I even tried to work up a pre-dinner appetite by first going and visiting the unusual -- and sobering -- Osaka Human Rights Museum (AKA Liberty Osaka), located in a part of the city few visitors go to despite it being not that far away from Namba, including Dotonbori, and then strolling about for a time in the Dotonbori area.

Still, I'm not going to complain -- since my dinner was at the Osaka restaurant I did most want to eat at: Daruma, the kushiage (AKA kushikatsu) place which, among other things, I had seen Anthony Bourdain feasting at in the Osaka episode of No Reservations!  Also, on this second visit to Dotonbori, I liked very much that I managed to see more as a I wandered into the little alleys as well as the main streets -- in the process, coming across some sections that got me realizing that the area is a very interesting mix of serious religion and foodie hedonism!! :b 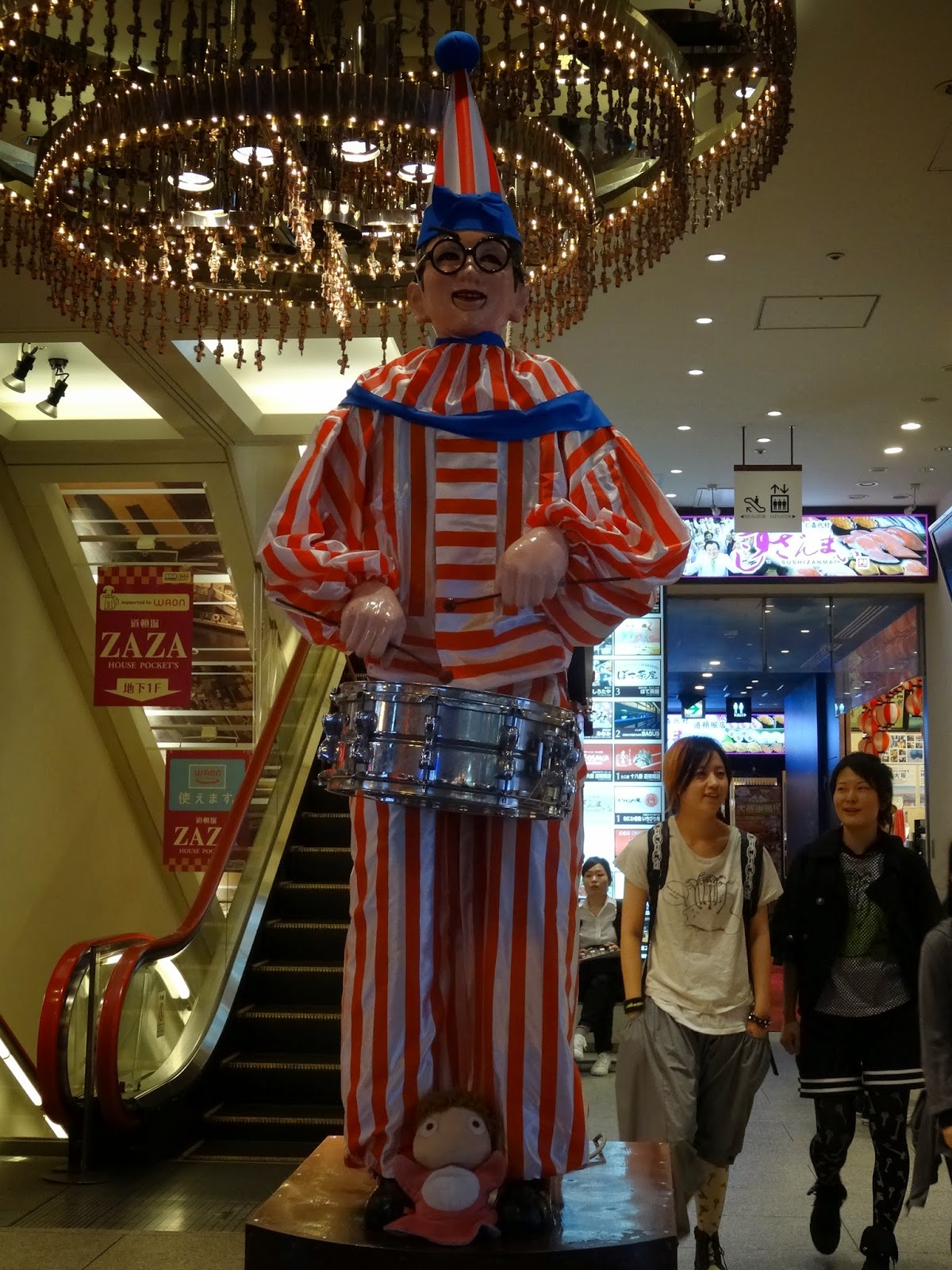 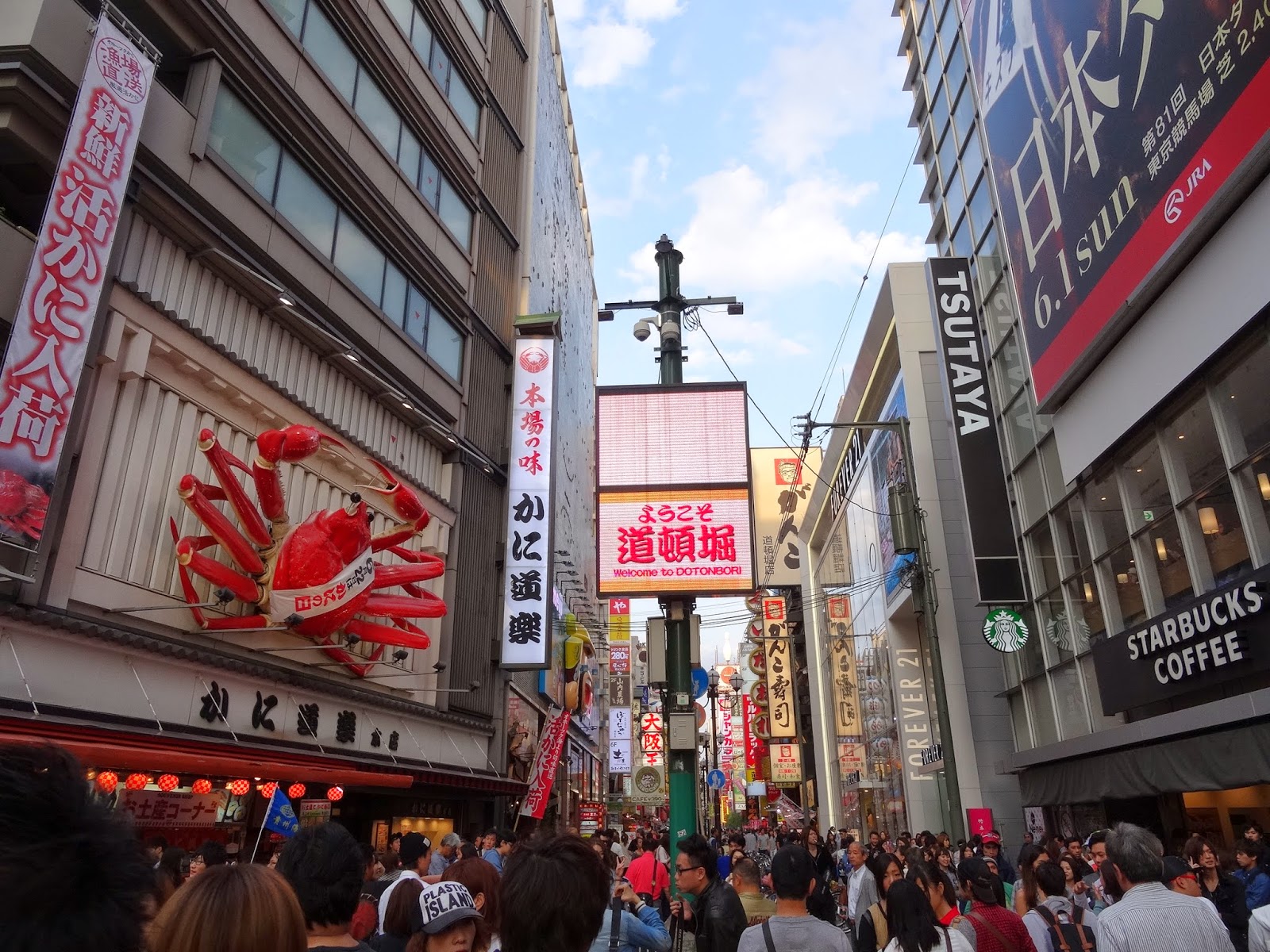 Welcome to Dotonbori -- and when you see the main branch of
Kani Doraku's big mechanical crab, you know you're (t)here! :b 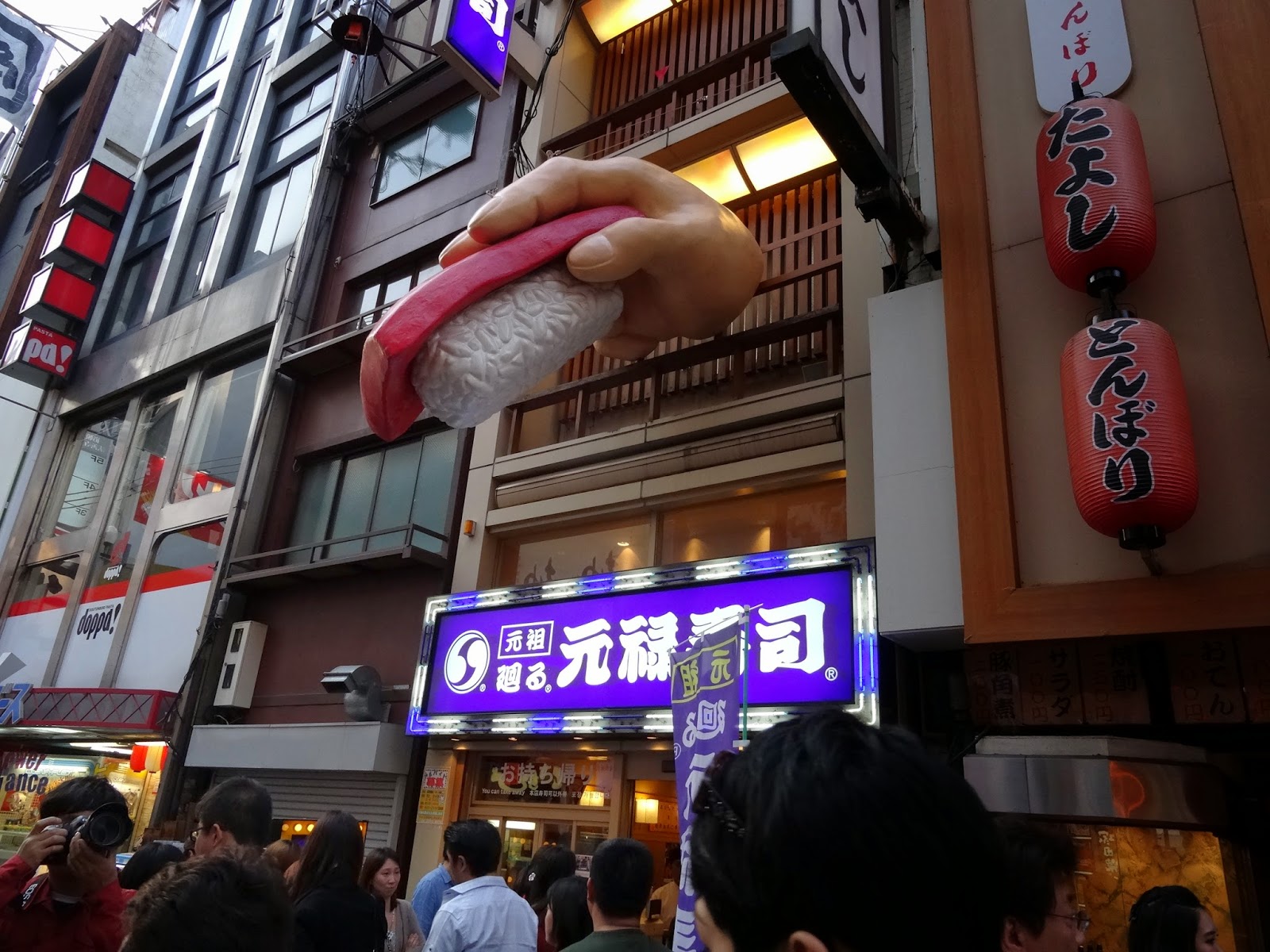 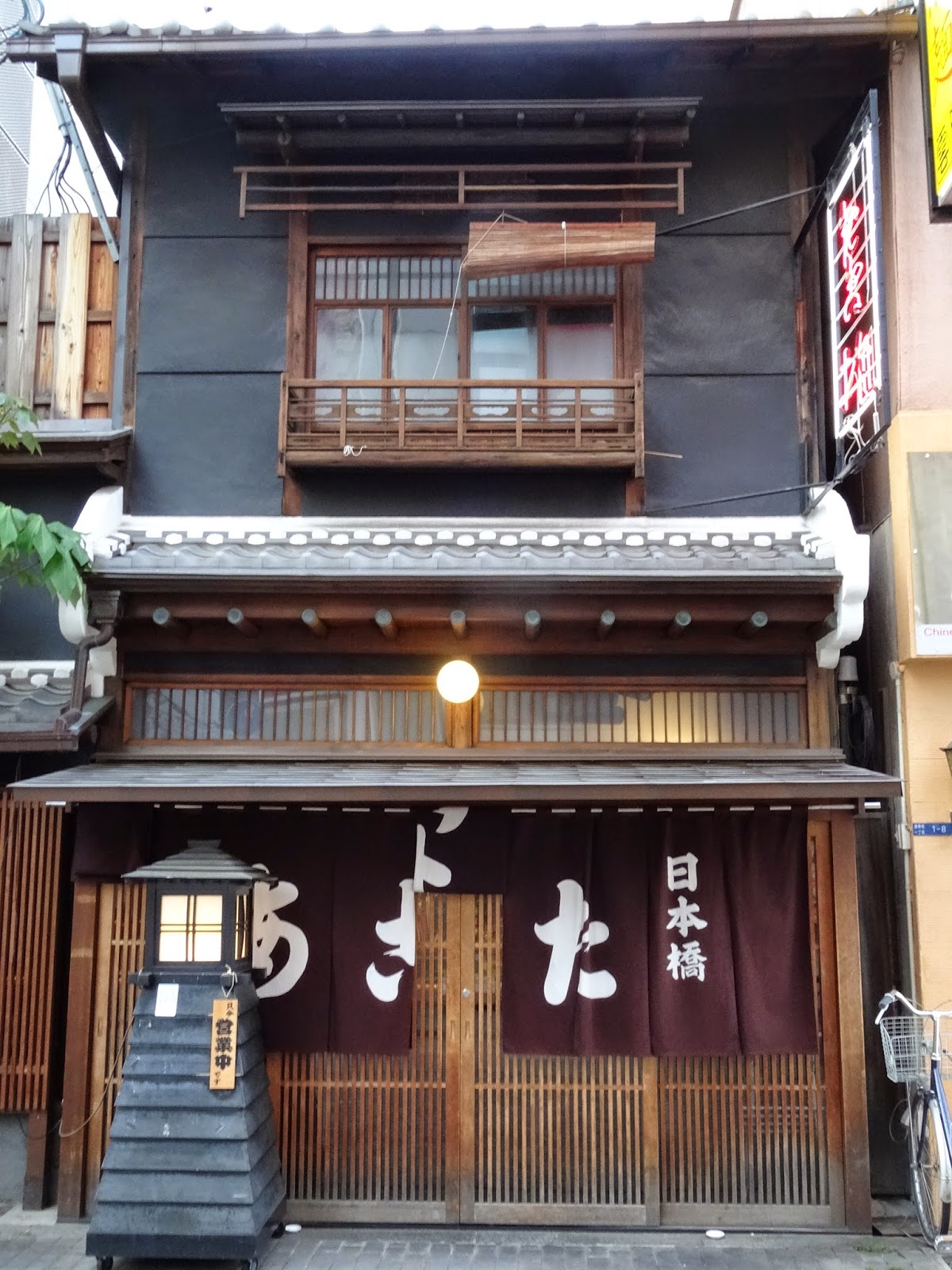 Even on Dotonbori, one can come across eateries
with old school, conservative fronts though 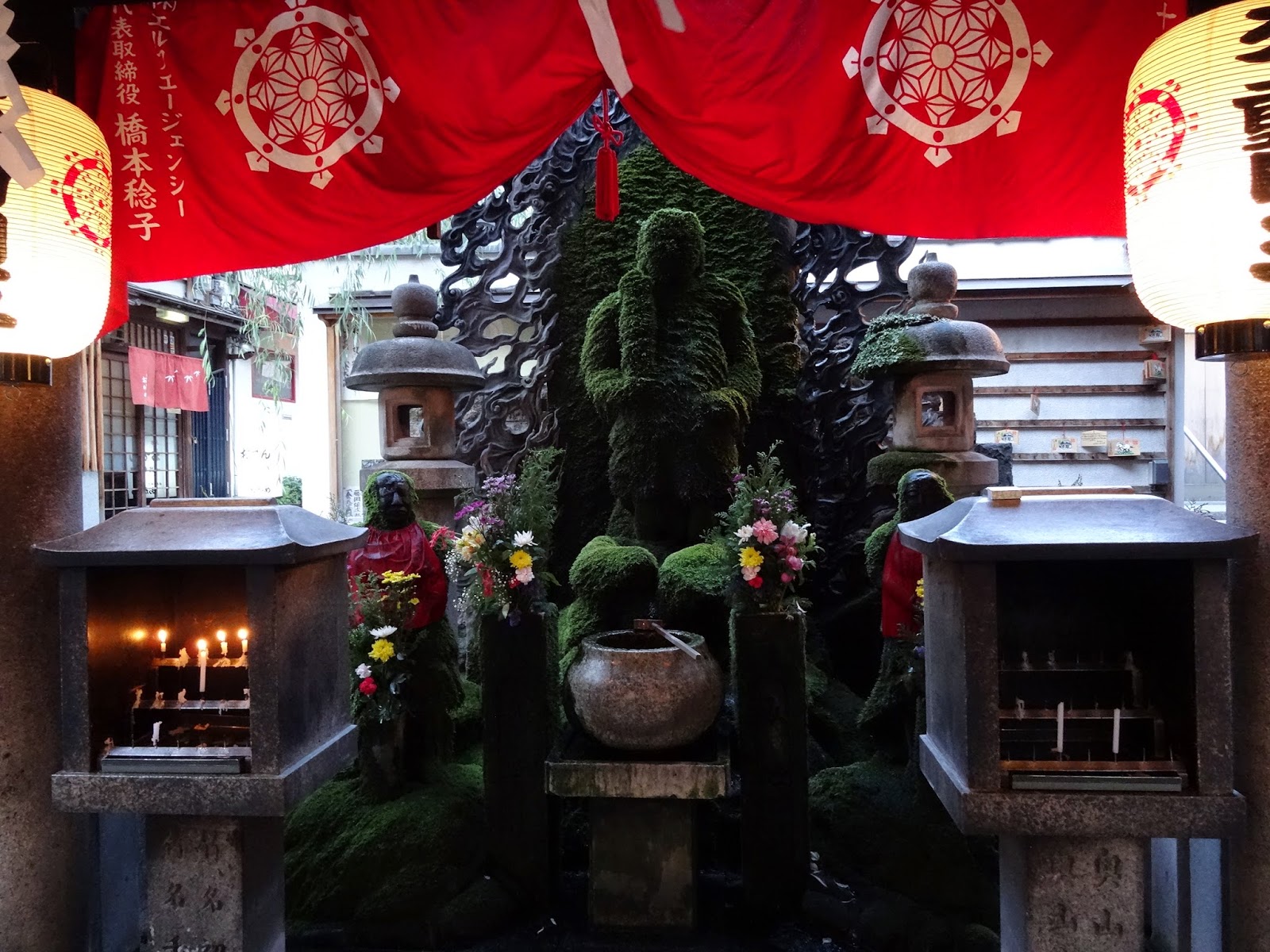 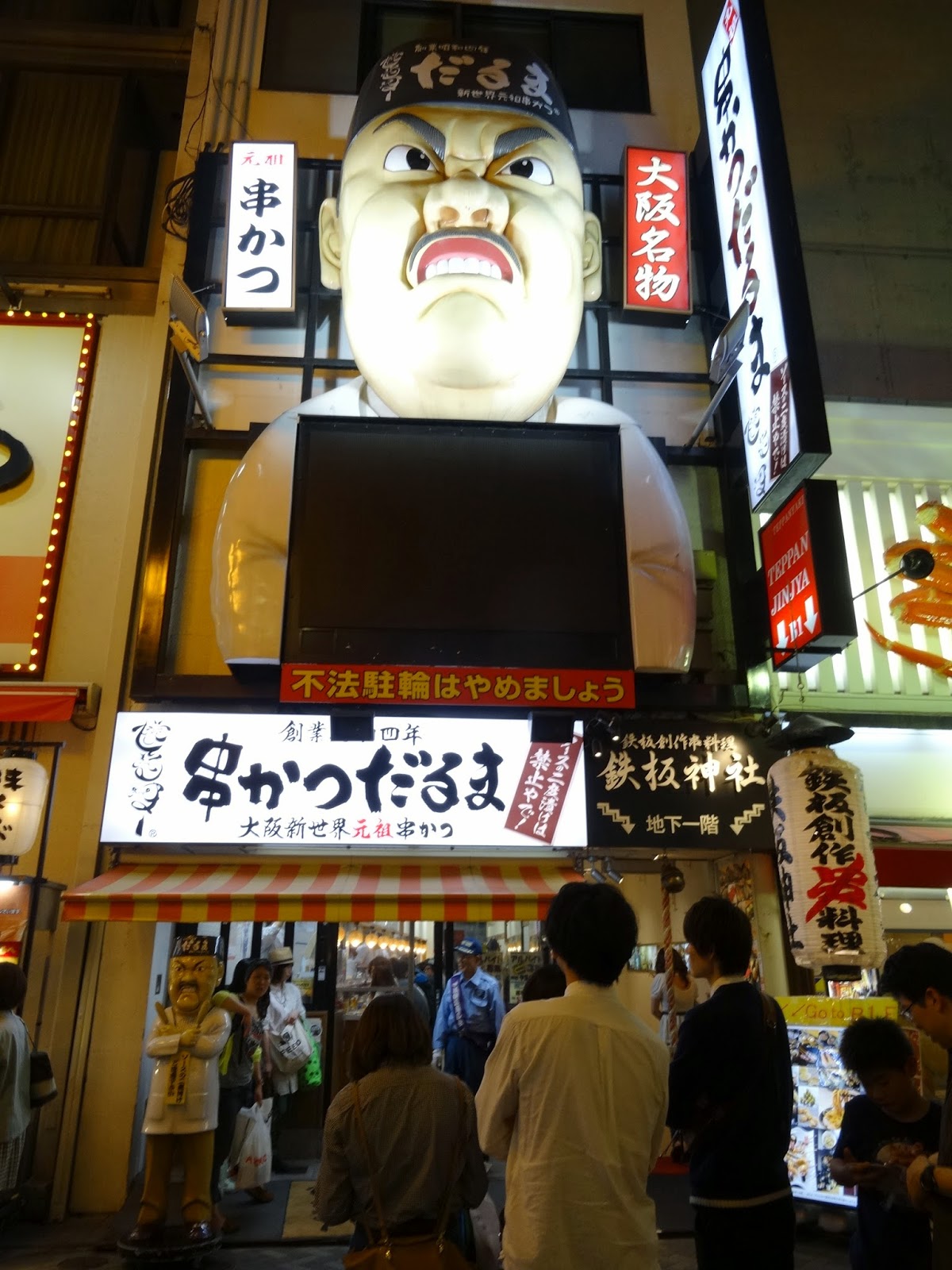 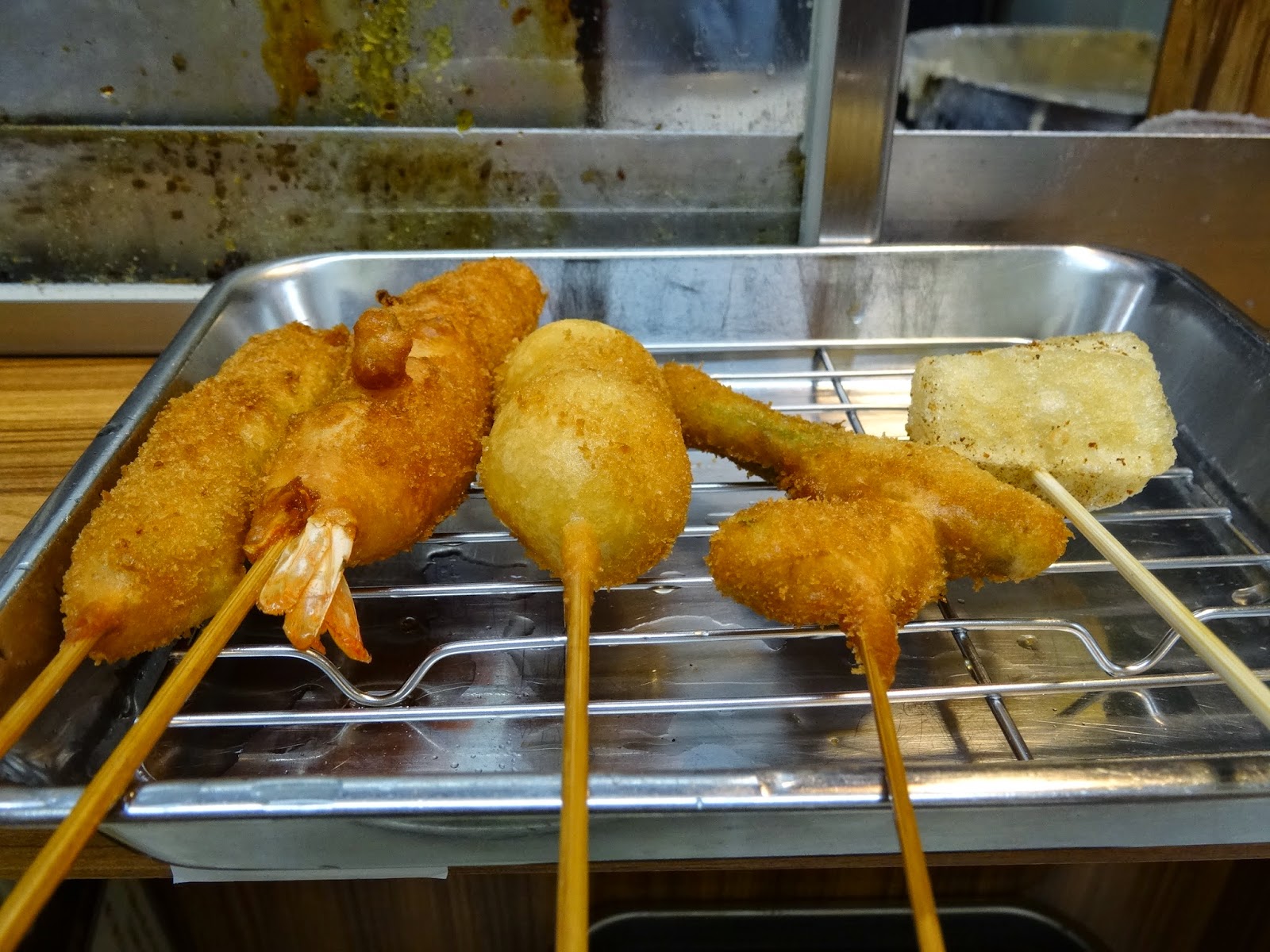 These babies compare really well -- visually and in taste -- with the
already pretty delicious kushiage I had on my first night in Kanazawa
(and yes, I had more than five sticks of kushiage at Daruma ;b) 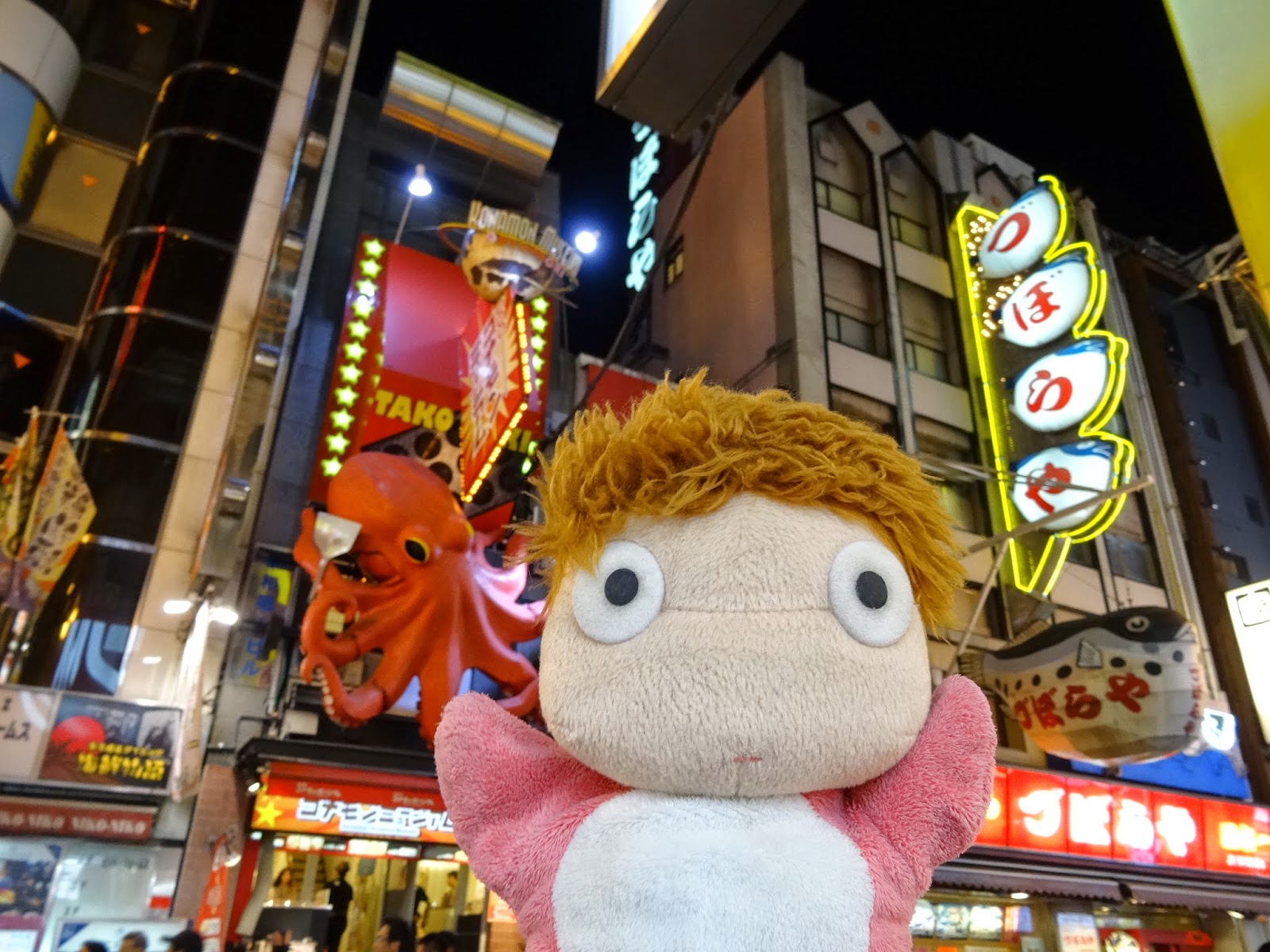 For the quality, I consider food in Japan to be a major bargain.

This blog truly captures the excitement of being in a Far Eastern city at night. Dotonbori looks to be an electric street gallery of fantastic advertising images. I haven't been to Osaka, but some of these images generally resemble those I've seen in Taipei and Kaohsiung at night.

The top photo is one of Ponyo's most exhilarated poses. While the rest of us continue to age, the ageless Ponyo continues in her whirlwind passion for travel. Try and look through her youthful eyes at the world and you might feel as rejuvenated as if you had listened to Mozart's music.

Correction to my previous entry: I meant to say the bottom photo of Ponyo.

I've been to Taipei and can't remember it having as much neon (and being as bright) as Dotonbori -- or, for that matter, Hong Kong.

With regards to Ponyo: I agree with you -- she encapsulates a zest for life and exploration that I truly appreciate. :)