An enjoyable evening at the Kanazawa branch of Toritetsu 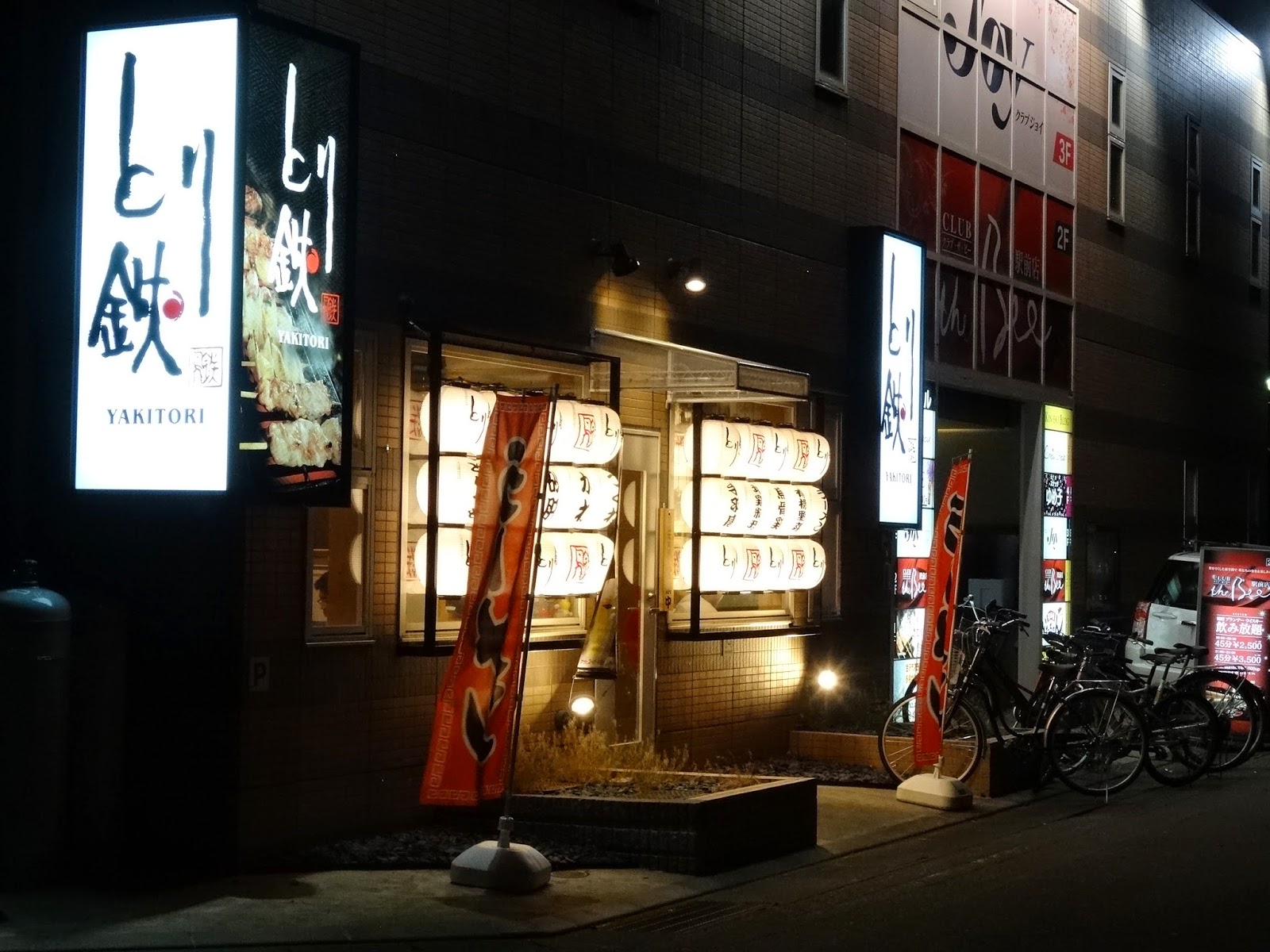 After getting a whiff of the smells emanating from
this yakitori-ya, I simply had to go and eat there! 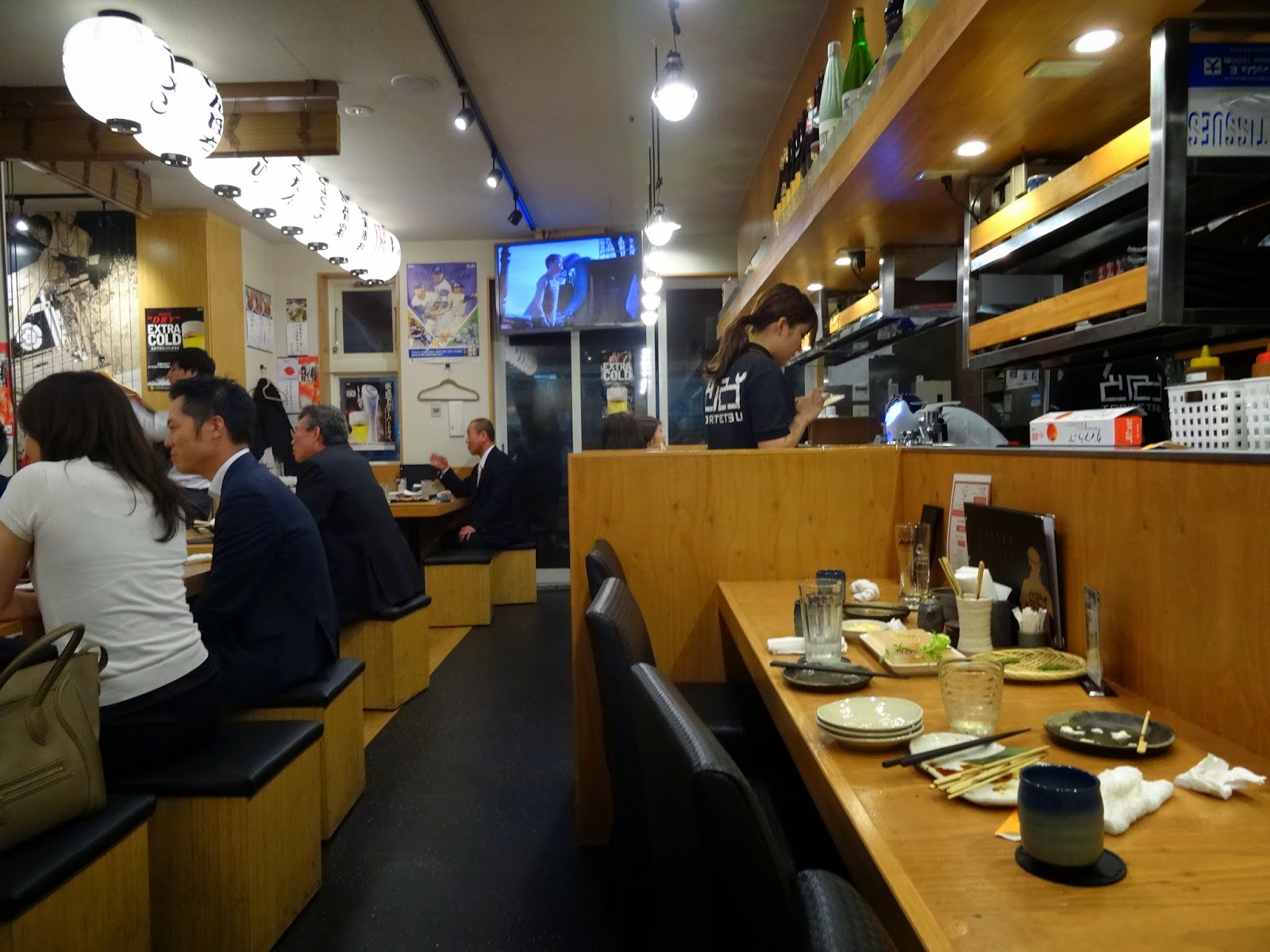 I get the distinct feeling that I was the only foreigner
in that yakitori-ya that evening... 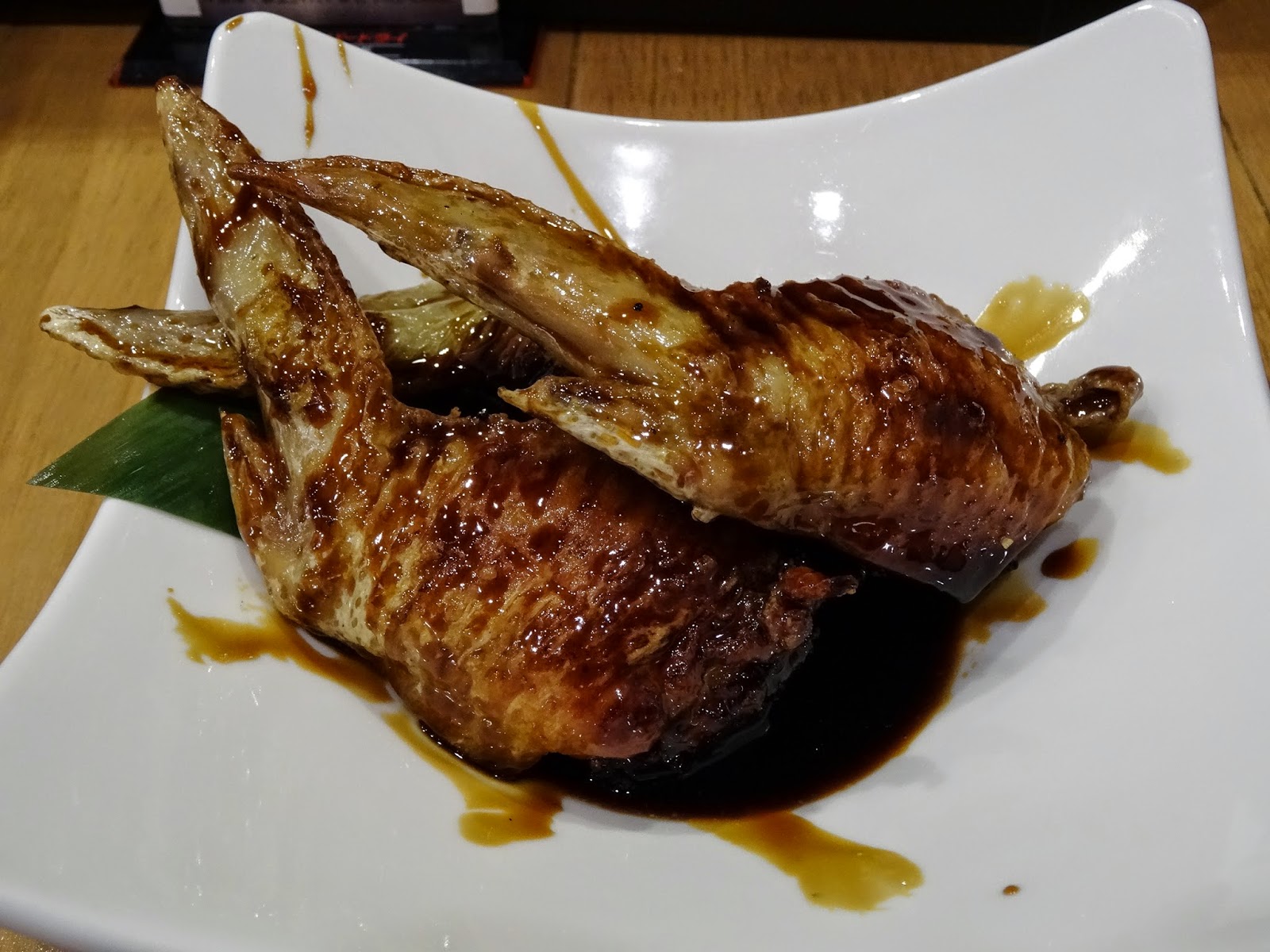 No matter -- the food was pretty good, including
the tebasaki (Japanese fried chicken wings)! 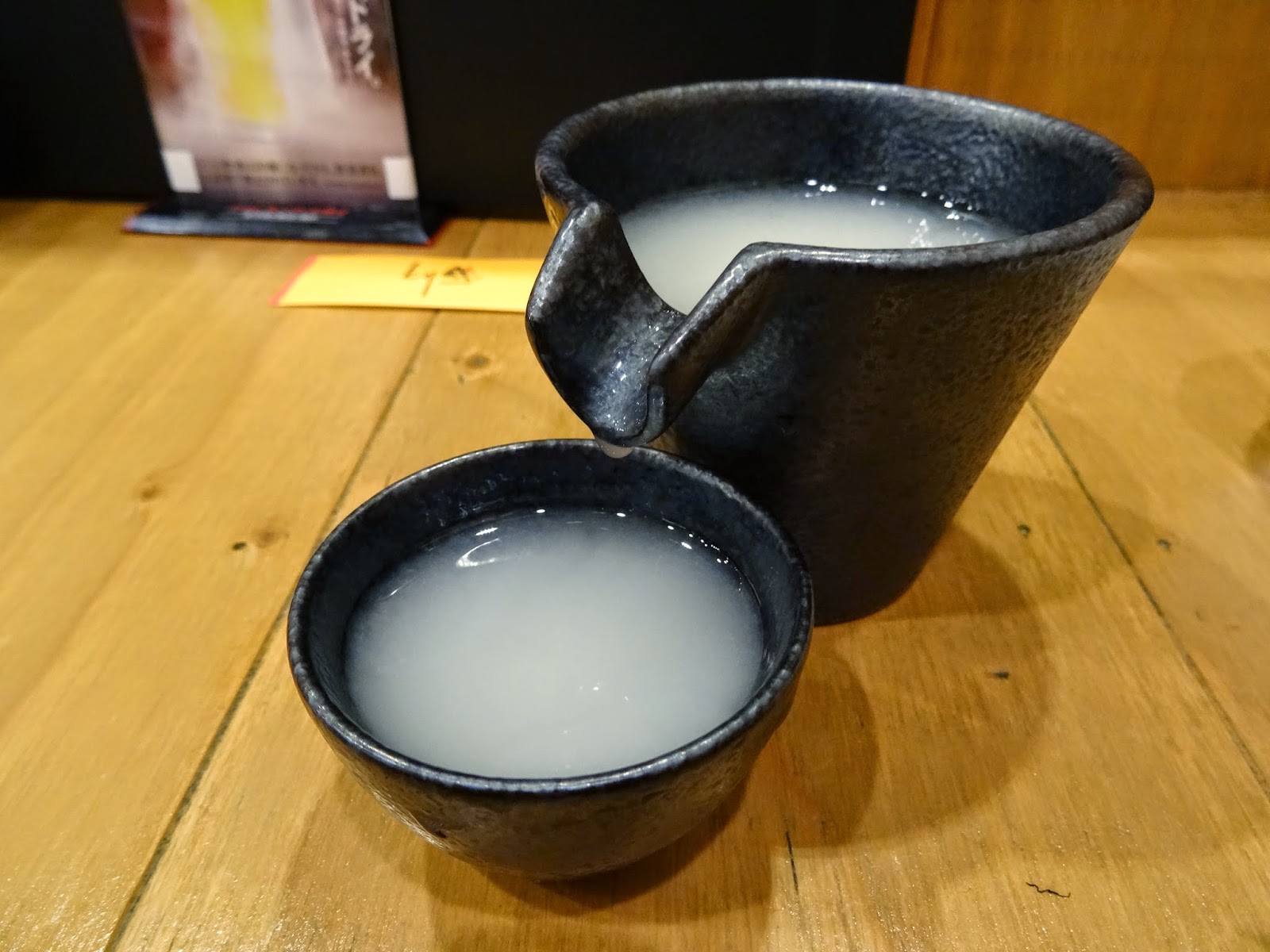 Also, I made sure to have some drinks there,
including a generous serving of nigori sake :b

On my final night in Kanazawa, I wanted to have a great dining (and drinking) experience.  Because I had enjoyed my dinners there, I contemplated returning to the branch of Sushi Zanmai at Omicho Market or heading once more to a branch of Yoronotaki like I had on my first and third nights in the city.  But I decided that to have a truly special meal, I needed to try another place -- and sought to seek it out by walking about the city until I found a place that looked like it'd be pretty special.

As it turned out, I ended up using my nose rather than eyes to decide where to go for dinner!  Simply put: the smells wafting out of the kitchens of Toritetsu convinced me that I should give the place a try.  So, armed with my copy of the trusty Dining Guide to Japan (by Boye Lafayette De Mente) which comes complete with Japanese phrases that would help me order dishes I wanted, I headed into what looked to be a very local yakitori-ya but turned out to be a part of a chain whose extensive -- and very interesting -- menu had English as well as Japanese writing on it!


What with Toritetsu being a yakitori-ya, I of course ordered several sticks of yakitori staples, including chicken skin (torikawa), chicken heart (hatsu), chicken liver (reba) and chicken interspersed with spring onion (negima).  Noticing some interesting items on the menu, I also ordered what turned out to be decadent buttered avocado on a stick and also a stick of mozarella and tomato chunks drizzled with pesto sauce!

As an encore, I ordered a plate of tebasaki -- which, frankly, I wish my stomach was larger so I could order more of them to devour.  But the fairly sizable portion of creamy soft tofu that I had been offered before the food I ordered came to my table had filled me up some.

As for libations: seeing that they were serving Asahi Super Dry Extra Cold beer, I of course had to have a glass.  But after spotting that they had a pretty serious sake selection, I switched afterwards to nihonshu -- having one junmai sake and then some nigori sake (which the waiter apologized in advance for only having at room temperature but which I told him I still did want to try).

There are people who've wondered how I can feel so at ease about going into very Japanese eateries and dining alone there.  To them, I'll point out that very Japanese dining establishments usually have a counter/bar area where many lone diners are to be found.  Sometimes, some of these people are looking to chat with strangers, even ones whose native language is not Japanese.  Other times, they will leave you alone to enjoy your food and drink (and choice of reading material -- and yes, I do tend to have a magazine or book with me when going to eat at these places).


On this evening, a waiter, curious about my choice of reading material (a copy of Time magazine), asked me what I was reading.  It happened to be an issue that had quite a film articles, including one on Godzilla -- and an enthusiastic discussion ensued about the movie monster, Japanese films, Japanese stars -- and, also, Angelina Jolie (shown in a photo as Maleficient) and Brad Pitt!

And for the record: my general impression of the Japanese and their knowledge of English is that, like with Hong Kongers, quite a few more know more English than one may think -- and they too.  Put another way: I believe that there are many Japanese (and Hong Kongers) should be more confident of their English abilities because when put to the test, those English abilities often turn out to not be too shabby at all!  ;b
Posted by YTSL at 11:59 PM