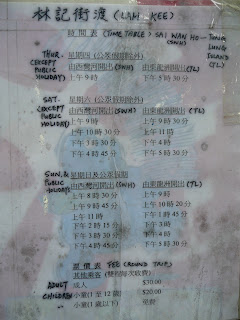 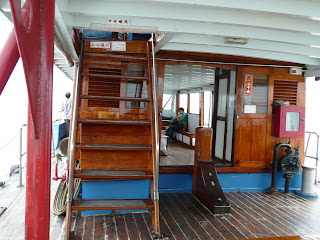 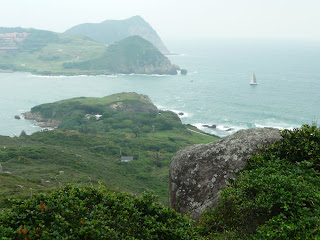 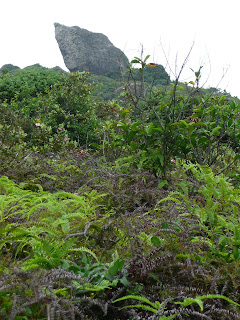 The longer one lives in Hong Kong, the more it becomes evident that for all of its official posturing about being Asia's World City, the Fragrant Harbour actually is a place where Chinese -- in particular, Cantonese -- predominates. Among the facts are these: 92% of Hong Kong's population is ethnically Chinese; and 89.2% of the population are Cantonese speakers.

At the same time, however, it also is the case that English is an official language in Hong Kong along with Chinese (with Traditional Chinese characters and Cantonese being the favored options in the Big Lychee rather than the Simplified Chinese script and Mandarin/Putonghua that are preferred in Mainland China). And it's true enough as well that the vast majority of the 3.2 percent of (native) English speakers that make up Hong Kong's population have never learnt much more than a smidgen of Cantonese, if any at all.

Still, it's not like the twain shall never meet as well as Chinese and English speakers -- and, more to the point with regards to my Photo Hunt entry this week, Chinese and English readers -- are concerned in terms of common interests and needs. So, as an example, what looked to have been originally envisioned as a very local -- and, yes, traditional looking (see the middle picture at the top of this blog entry!)-- kaito route between Sai Wan Ho (on Hong Kong Island) and Tung Lung Chau, with information about it posted only in Chinese, has had relevant bits of English hand-written on it for the benefit of potential customers who can't read Chinese (but can read English).

For more on Tung Lung Chau, please feel free to check out two of my photo-essays here and here of this island located off the tip of the Clear Water Bay Peninsula that is home to the ruins of a Qing Dynasty fort, prehistoric rock carvings and visually impressive geology, including sea cliffs that are rock climbers' delights. (And yes, if anyone wondered, it's one of those places in Hong Kong I've "discovered" via hiking... ;b)

Hi magic eye and ancient one --

Seems like you both had similar (and positive) reactions to this blog entry! ;D

Hi YTSL, great photos and interesting post. I always learn something interesting and new from your blog each week. Thanks so much for sharing.

i learn so much each week i come here for a visit.

I am always thankful for translations...particularly in this case!! Beutiful scenery.

Thanks much for appreciating my Photo Hunt entries as much as you do. I'm very happy to share with someone like you. :)

Thanks for your regular visits and continued appreciation. It really does help make the effort I put into my Photo Hunt entries feel worthwhile when I know there is an audience for them like you (and Trekcapri). :)

It's always nice to see signs that are in more than one language -- and particularly when at least one of those languages is one one can read and understand. :)

Yes, there's an echo in here. I think it's interesting too! And the photos are great. Happy weekend!

Great shots for this week's theme - I always enjoy your photo hunt postings since I learn so much about your corner of the world. Thanks for that!

I wonder why more of the native English speakers do not attempt a better grasp of the dominant Chinese. It would certainly help I think in getting around or just everyday life. Interesting post!

Hehehe -- and thanks for reading the comments thread as well as the entry itself *and* checking out the photos. :)

Guess you did dare! :D

Thanks, am glad you're enjoying my Photo Hunt postings -- and do please feel free (hint, hint!) to check out other entries on this blog too. ;b

To be fair, I do think some native speakers do try to learn some Chinese but there's the tone problem -- i.e., spoken Chinese makes use of tones, and Cantonese has the most tones of all (something like nine different ones).

So it's easier said than done -- and I have to admit even I am one of those who can understand Cantonese far better than speak it. This, after all, is the language/dialect where one tonal mistake can cause "four" into "die", "nine" to turn into "penis", "crab" into "vagina" and such linguistic calamities! ;(

I like your take on this theme very much. Interesting insights and information.

Very interesting too ! More and more students are learning Chinese in Belgium. The son of my friend Chantal and his girlfriend too. There are more and more classes now which have chinese as an option

I say it's interesting too. Thanks for sharing this wonderful post with us.

When I was in HK, I do see many signs in English. In some restaurants, the translation of their menus can be quite funny. :P

Gee they have there own way of making marks or letters.

I'm glad you like this blog entry. And, always, thanks for reading as well as looking. :)

By Chinese, I assume they're learning Mandarin and Simplified Chinese script... On an aesthetic level, I find it a pity because I think that Cantonese sounds better and Traditional Chinese looks more beautiful -- but I can understand why people go for the Mainland Chinese preferred options.

Thank you and hope you have a good weekend too. (My weekend's almost coming to an end but am pleased to be able to say that it was indeed a pretty good one. :b)

The funny translations I can (almost) deal with. It's when they have no translations at all that I can feel at a loss! ;(

By "they", you mean the Chinese? If so, for sure! The Chinese have been writing in their own way for thousands of years! ;D

Very cool writing! Thanks for stopping by my blog.

Thanks for returning the visit and reading as well as looking. :)