The kraton -- not kraken! -- of Yogyakarta 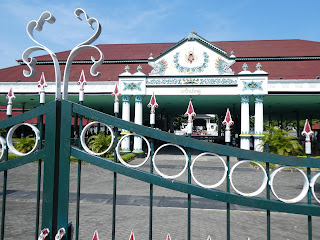 The most visible face of the Sultan of Yogyakarta's palace complex 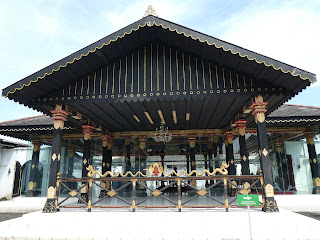 Buildings new and old can be found within what's effectively
a walled city that's home to some 25,000 people 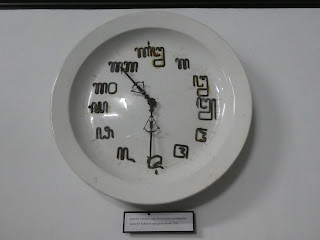 
The mind works in strange and mysterious ways.  How else to account for my thinking of the monstrous kraken (of Norse mythology and 1981 movie Clash of the Titans) whenever I saw and heard the word "kraton" -- which actually turns out to be the Javanese word for a royal palace: as in, the kraton in Yogyakarta that's more formally known as the Keraton Ngayogyakarta Hadinigrat and is the main seat of the Sultan of Yogyakarta and his family.


Considered to be the cultural and political heart of this central Javanese city, the kraton is a collection of buildings, some of which date back to 1755-1756, but many of which look and are considerably newer.  Some sections of the palace complex which continue to be regularly used by the hereditary ruler of Yogyakarta (who also serves as governor of the modern Yogyakarta Special Region) and his family are closed to the public.  But a sizable area of the royal compound is open to the public and functions as a museum of sorts that also includes a space where traditional cultural performances regularly take place.


While it's the main tourist attraction in the city of Yogyakarta, the kraton pales in comparison to Borobudur, located only some 40 kilometers away -- but then pretty much anything would, really.  Actually, the fact of the matter is that the kraton also visually is no match for many royal residences in other parts of Asia such as Beijing's Forbidden City, or even castles of regional strongmen in Japan such as that of Himeji and Matsumoto.


Unlike all of those places mentioned in the previous paragraph though, Yogyakarta's kraton is still utilized today for what it was built for.  Consequently, it makes for an interesting place to visit in terms of what it can tell people about present day matters as well as historical ones, and the adjustment at times of tradition to better suit contemporary expectations and preferences.


As an example, consider my discovery that the present Sultan, Hamengkubuwono X, discontinued the polygamist tradition of Javanese royalty and has had five daughters -- but no sons -- with his consort, Ratu Hemas.  Even more daring may be his proclamation in 2015 that his eldest daughter, Princess Mangkubumi, will succeed him -- rather than any of his male (but more distant) relatives.

On a more trivial note: I also was surprised to find that in certain parts of the kraton, the wearing of a hat (or, in my case, baseball cap) by women as well as men is forbidden; this particularly since my general impression previously was that these days in many Muslim areas, the preference is for females to cover their heads rather than keep them uncovered!  But, then, it also was true that in all of the portraits of royal females on display in the kraton, none of them were depicted with head coverings even though it does seem to be the case that the Yogyakarta royal family has been Muslim for centuries.
Posted by YTSL at 11:31 PM

My mind associations can be very odd. The shots at the beginning capture the beauty so well.

Interesting visit to a working palace ... no photos allowed inside aside from the clock? :P

Care to give some examples of your "odd" mind associations? ;)

Photography was prohibited in some sections of the palace (notably the de facto batik museum) but to be honest, a number of other sections were actually not that visually interesting -- at least to the eyes of someone who had been blown away on the days preceding the visit by the sights encountered at Borobudur!

On the other hand, I did take quite a few photos of the traditional dance performances I saw at the kraton...