After dark in Mannheim, for the most part! (Photo-essay)

Four and a half years after I last visited Germany (and, for that matter, any place outside of Asia), I ventured to that part of the world once more to holiday with my German friend who I met on a hike here in Hong Kong a few months after I moved to the Fragrant Harbour.

As before, I mainly stayed at her place, from where we would make day trips to nearby towns, but also went further afield a couple of times.  And like on my 2010 visit, I ate a lot, drank quite a bit too, attended a concert, and visited lots of churches and cathedrals, a palace, a few museums and a couple of UNESCO World Heritage sites.

However, the weather was a great deal colder on this visit -- thanks to my visiting in winter rather than summer.  While I wouldn't consider December the optimal time of the year to go to Germany (or, for that matter, Luxembourg too), there are some compensations: including there being Christmas markets in pretty much every town and city that I visited this time around!  Also, while winter days have too few hours of sunlight for my liking, it's also true that winter nights can yield beautiful sights (and photos!)... ;b 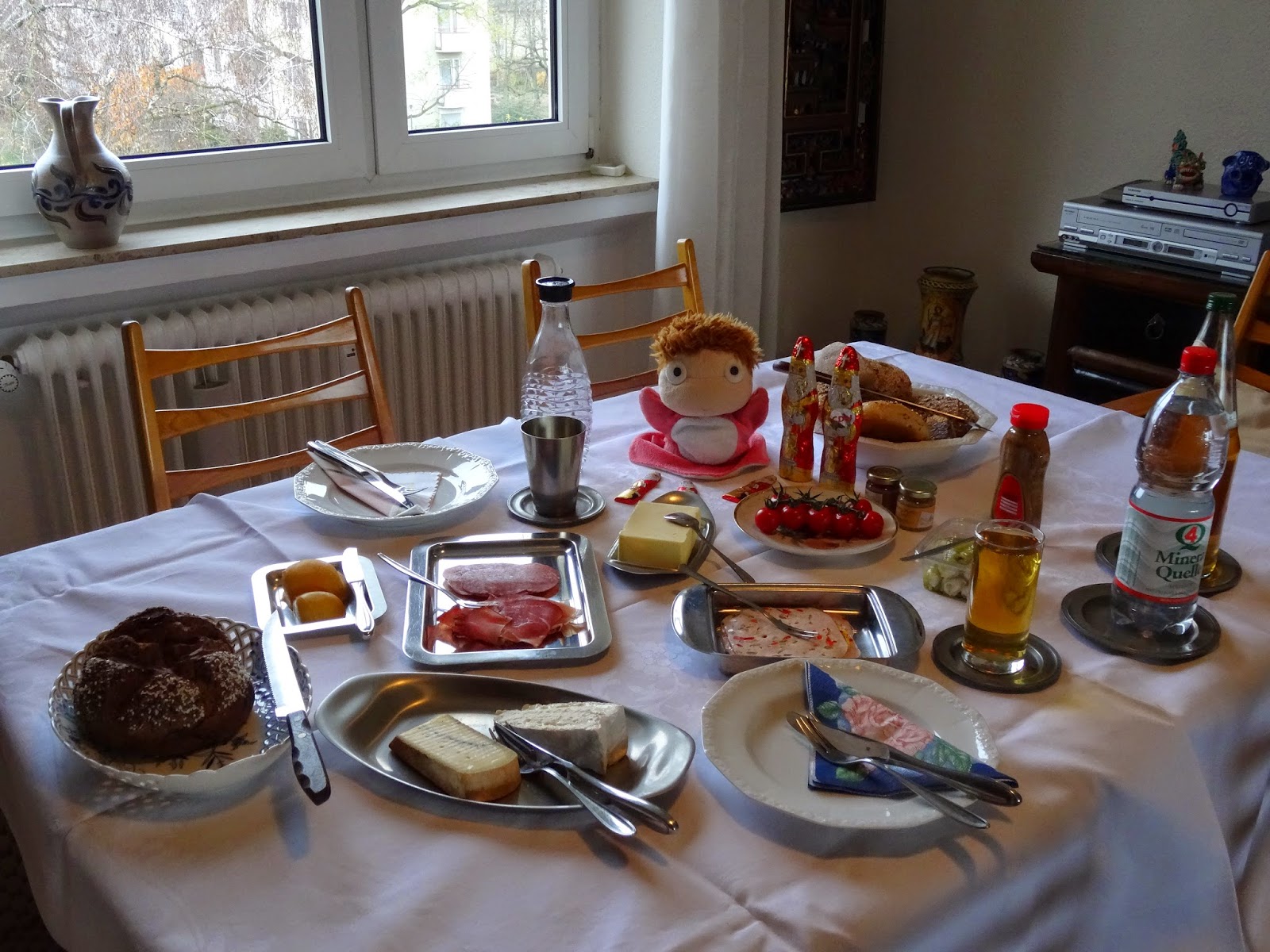 Puppet Ponyo says: "Yes, my German friend was keen
once more to ensure that we start off the day with
substantial -- and delicious -- breakfasts!" 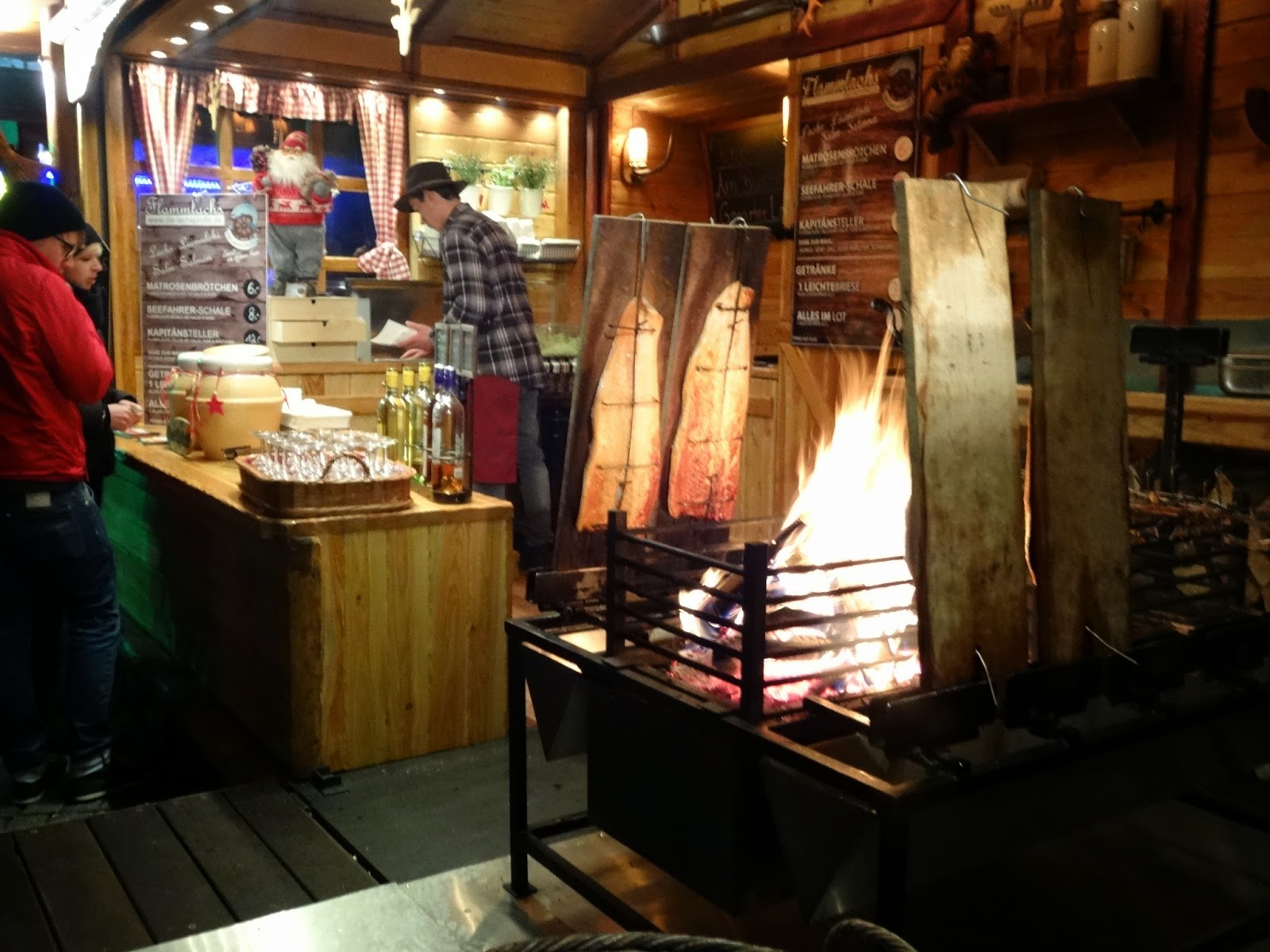 Guess what we had for dinner at the first Christmas market
ever that I went to (over in Mannheim)! ;b 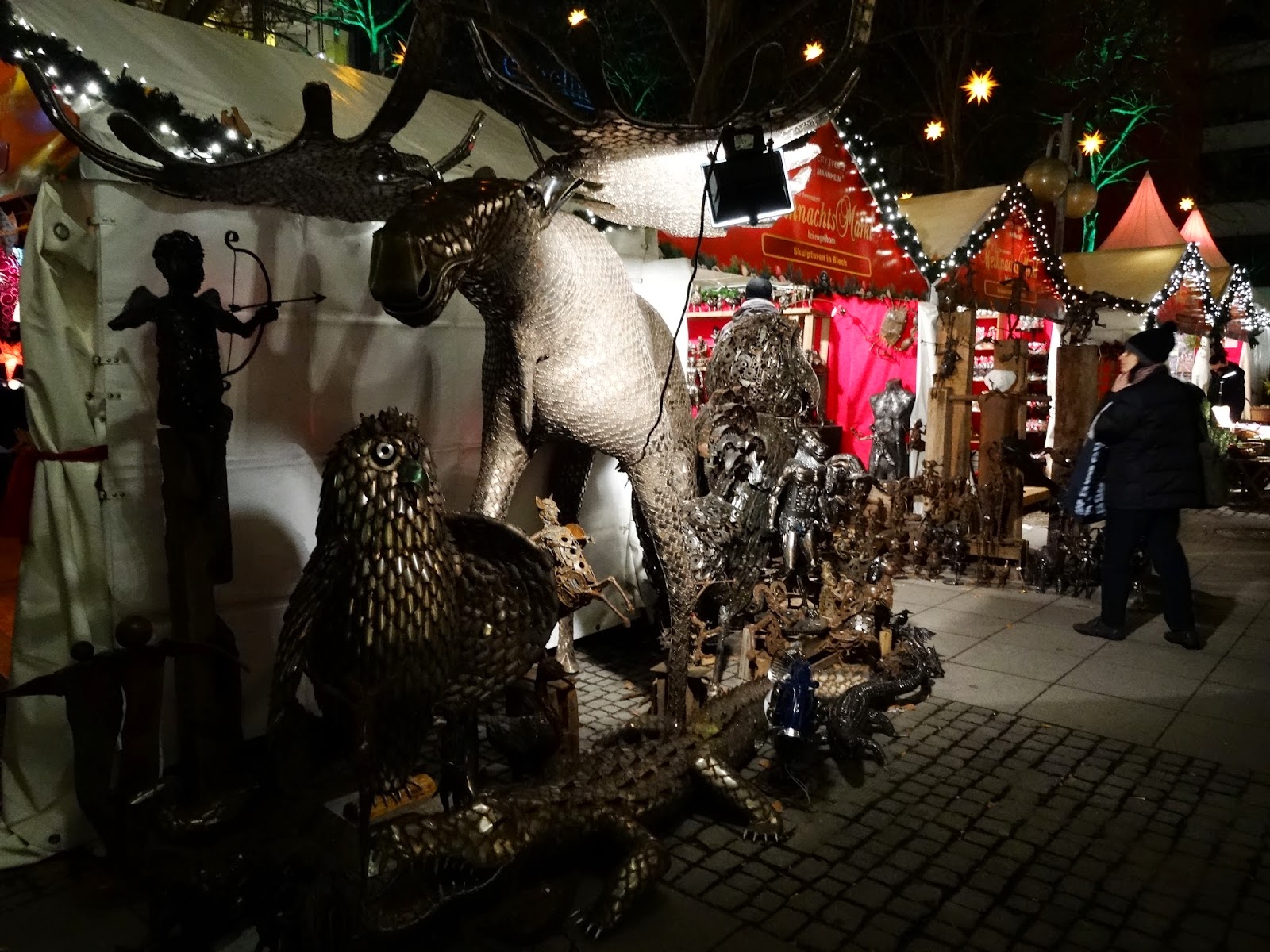 In addition to food and drink (think gluhwein!), there are
lots of stalls selling interesting items, many of them handmade 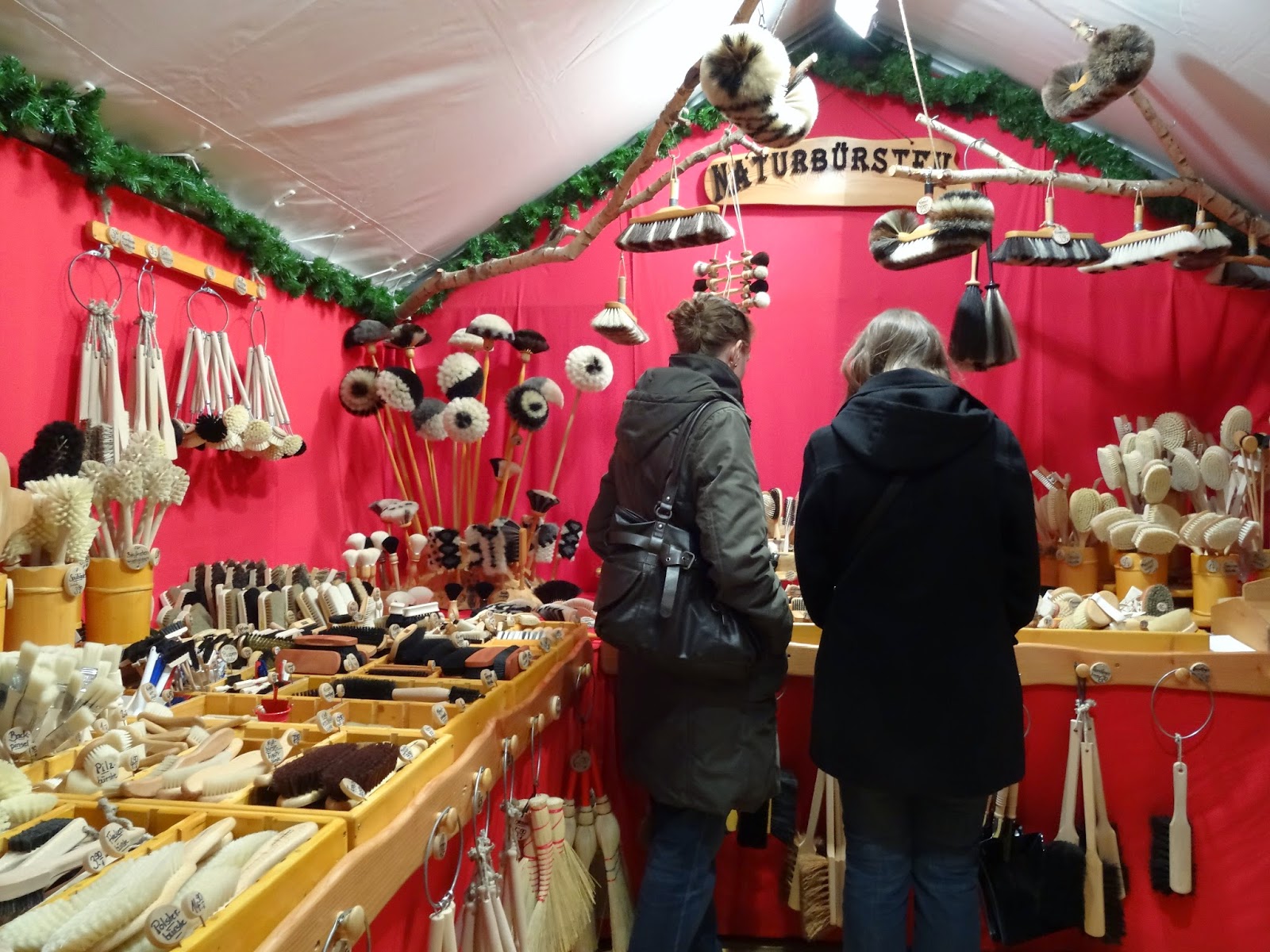 Among the stalls that I found fascinating were those
selling all manner of often surprisingly beautiful brushes! 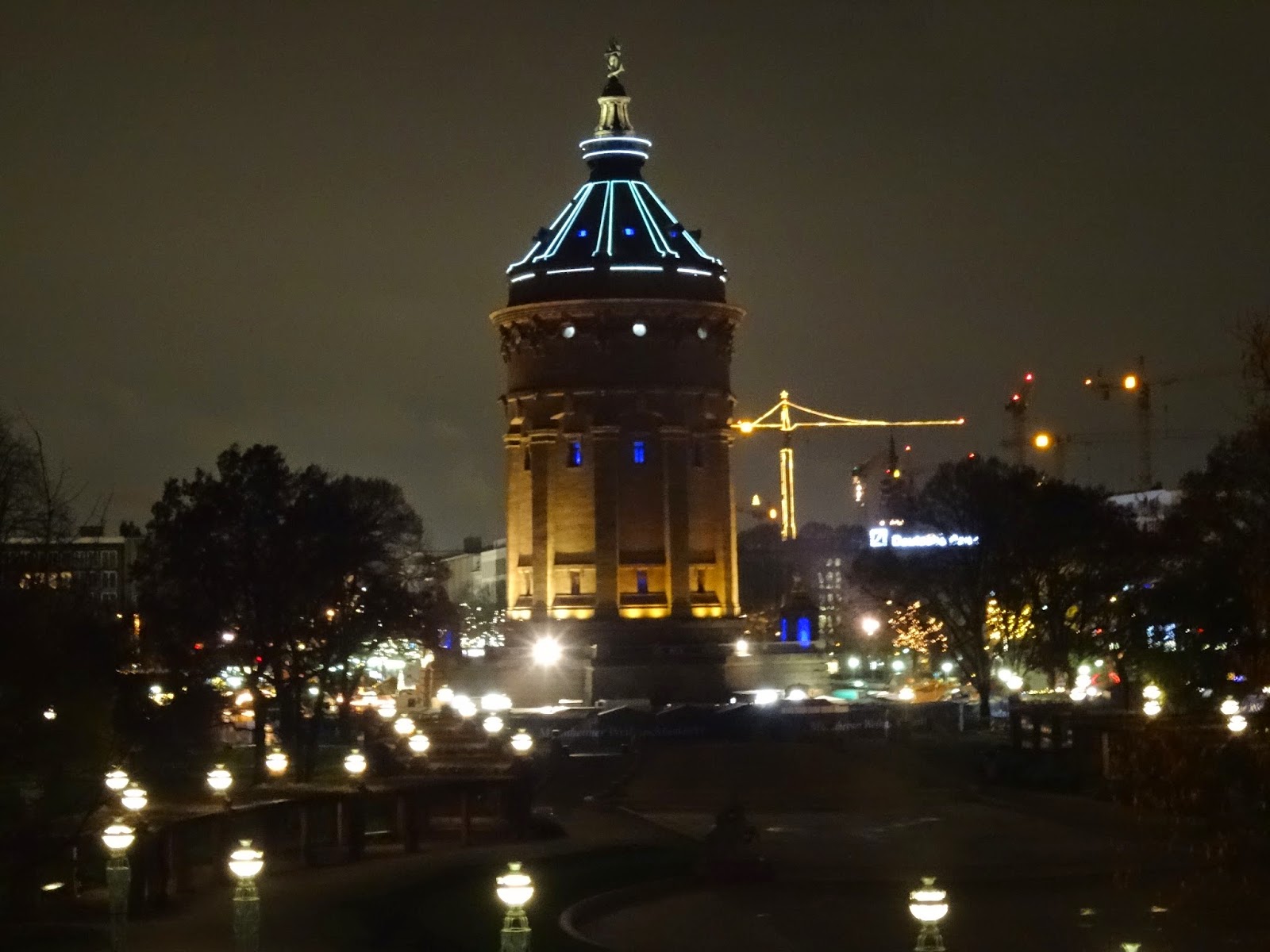 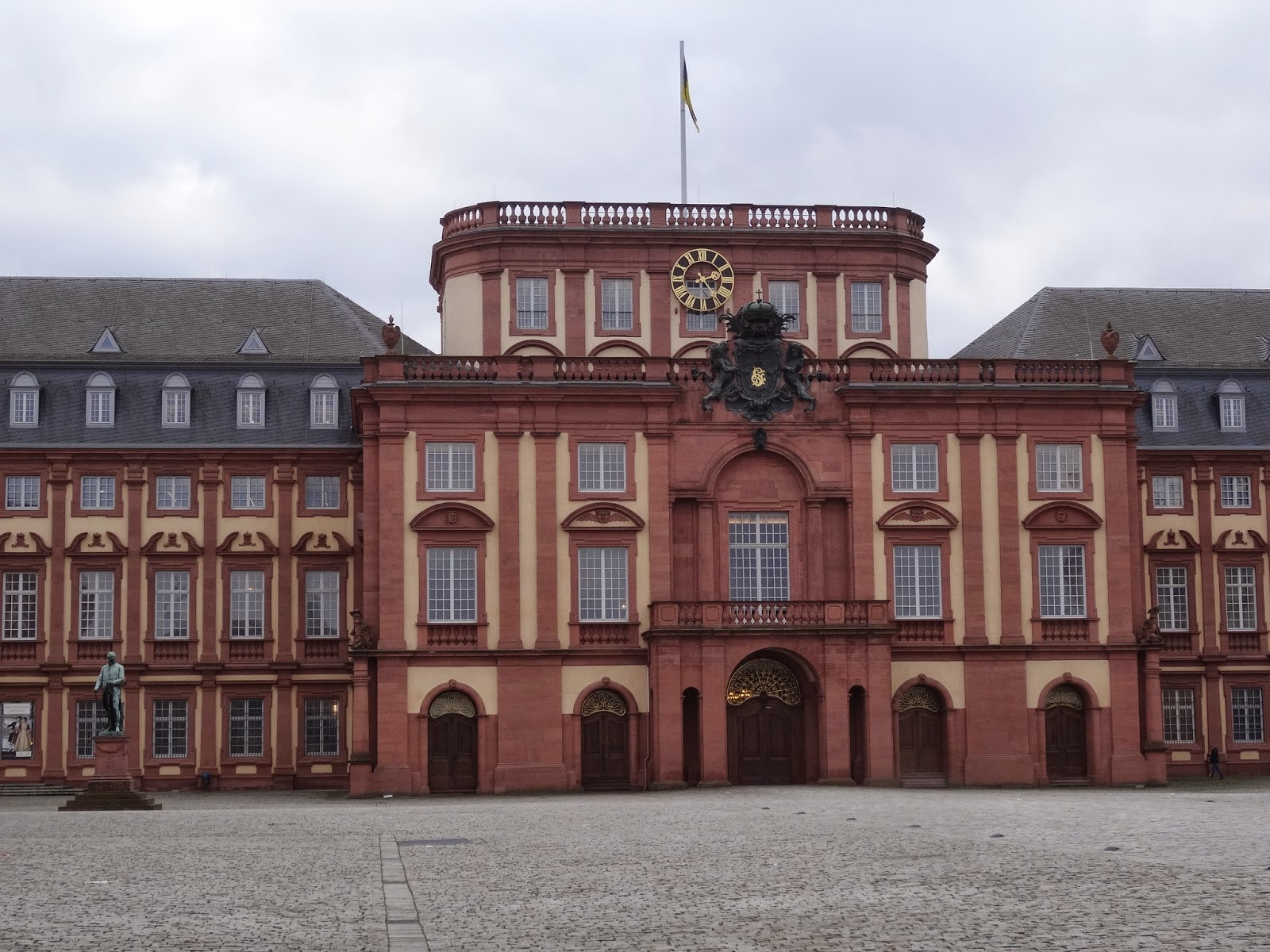 As this view of the grand Mannheim Baroque Palace shows,
I did spend some daylight hours in that city ;) 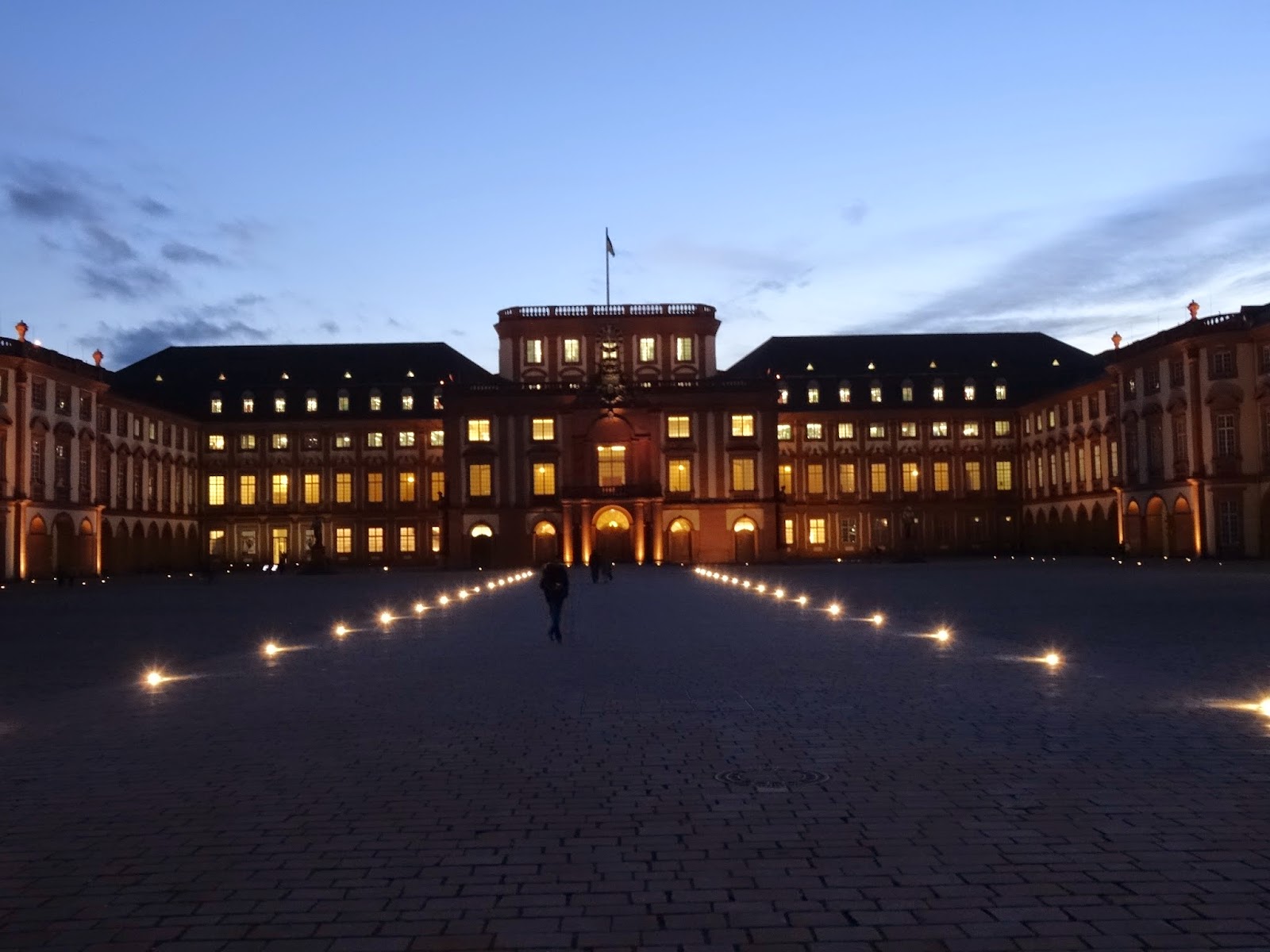 An after dark shot of the same palace 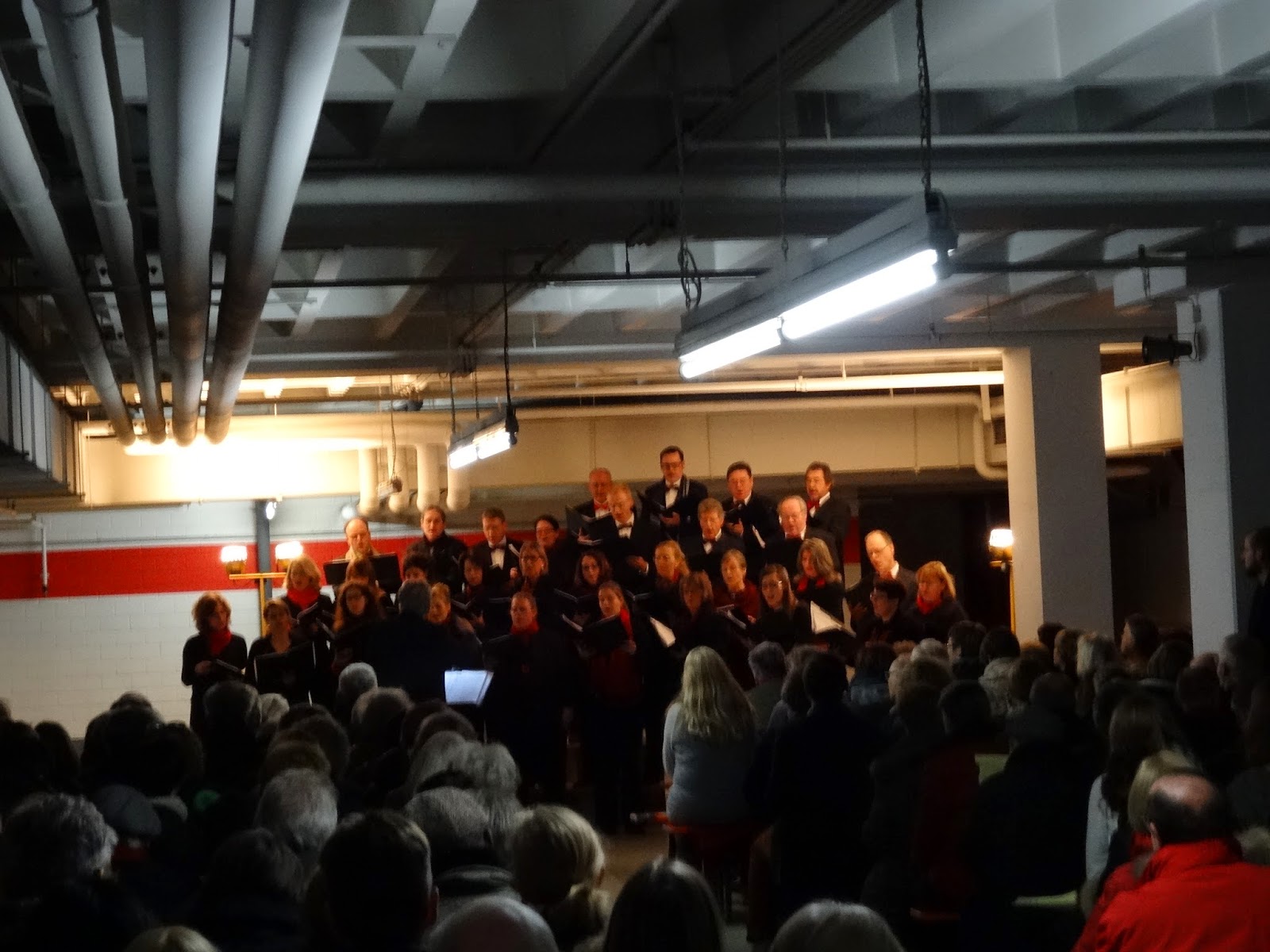 Talk about novel: a concert (featuring Christmas carols and
other songs sung a cappella) which took place in a working garage! :b
Posted by YTSL at 8:46 PM

Great to see you right back in form with this first entry of your trip to Germany. I look forward to reading more like this...In your top photo, Puppet Ponyo looks quite proud: a model pose of a world traveler who would be welcomed into anyone's home, and would be loved by children and adult's alike. That's why I consider her my friend.

No fear, there will be lots more entries like this -- or, at least, of my German trip! BTW, did you know that the first ever trip abroad that Puppet Ponyo accompanied me on was the one to Germany in 2010? ;)

Thank you for sharing. Always happy to read your travel posts and look at the photos.

Thanks for being interested in my travel posts and photos. :)

I've read your 2010 entry about your trip to Germany, but I didn't realize that it was Puppet Ponyo's first trip abroad. I hope she takes many more trips in the future, further increasing her worldliness.

So far, so good with regards to Puppet Ponyo as a travel companion - so I see no reason to not take her along on future trips abroad.

BTW, she got recognised (as the character from "Ponyo on the Cliff by the Sea") by a French woman in a Freiburg brauhaus on this trip. That made her day! ;)

The breakfast at your friend's looks amazing again. Puppet Ponyo looks so happy sitting on the table with all the yummy foods.

The food was indeed very yummy. Special shout out to the brie like cheese with truffles, and the stilton like cheese with ash (yes, ash) in it -- along with the prosciutto like ham... and you know Ponyo loves ham, right? ;)