Tai Mo Shan from Route Twisk and then down to Tai Po! 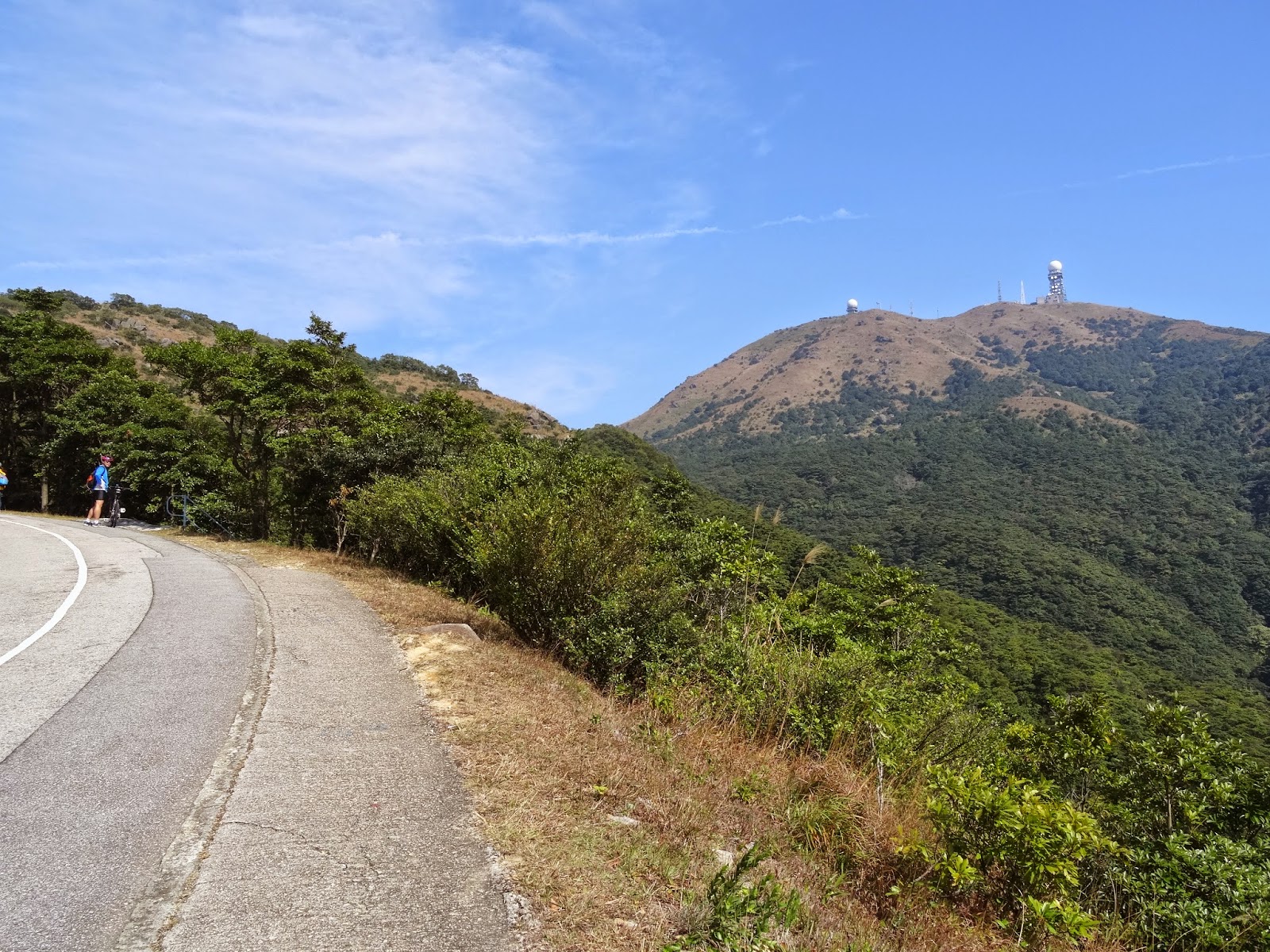 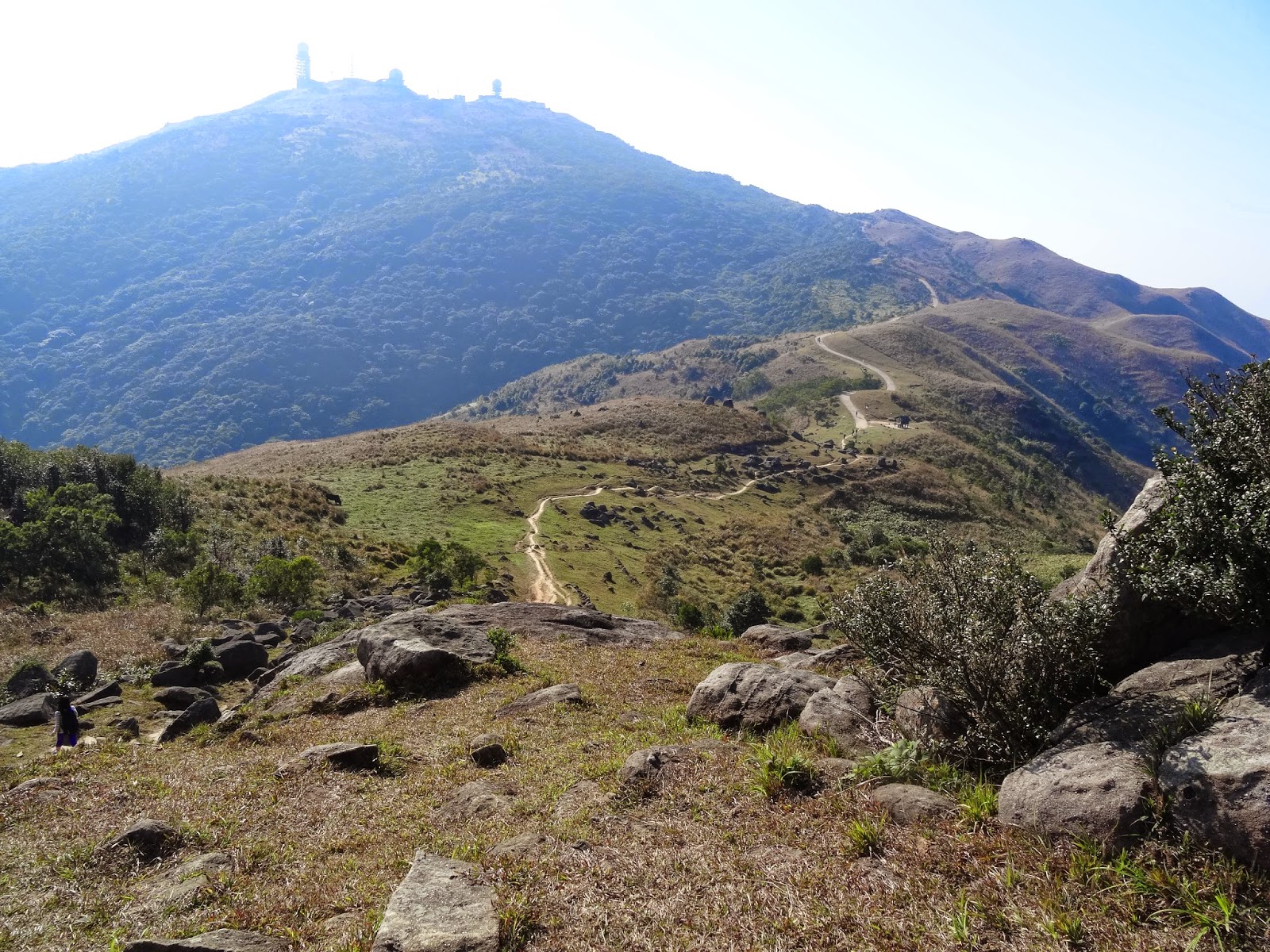 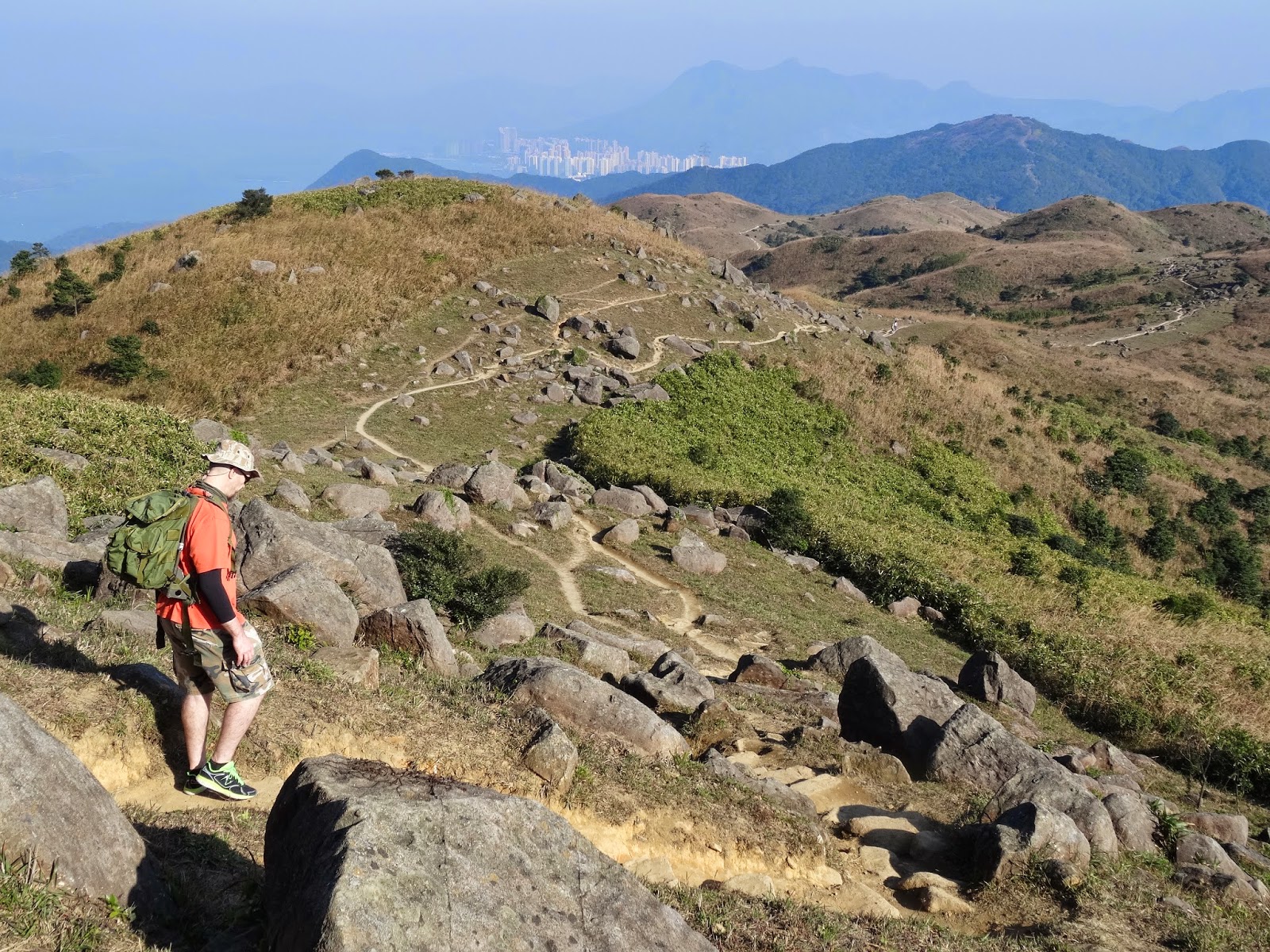 It was wonderful to be back in nature and along
Hong Kong's hiking trails after a three month absence :)

When a friend and I went on a hike in the middle of September, little did we know that it'd be our last hike in Hong Kong for 14 whole weeks.  But thanks in large part to the Umbrella Movement, I had been spending the bulk of my recent Sundays (and some other parts of the weeks) at Causeway Bay, Admiralty and Mongkok rather than in Hong Kong's countryside.

With the clearance of all the last of the protest areas this past Monday, however, I've reverted to my pre-Umbrella Movement Sunday routine.  And even while my original plan was to get back to hiking in a gentle manner, today's blue skies and pleasant weather successfully tempted my two hiking buddies and me up Hong Kong's highest peak: the 957-meter-high extinct volcano called Tai Mo Shan (i.e., Big Hat Mountain)!
I first went up Tai Mo Shan one hot summer's afternoon in 2012 -- and it was along the same route that began at Route Twisk to the west that we ascended up the mountain.  Upon finding the path much easier to get up on a cooler and far less humid afternoon, our party decided to opt against returning the same way and, instead, head five kilometers east along the Maclehose Trail downwards to Lead Mine Pass before going along another couple of kilometers or so along a section of the Wilson Trail that led us further downwards to Tai Po!

While the first and last quarters of today's hike were on trails that I had been on before, the middle part of the excursion went through parts of Hong Kong that were new to me.  Especially after another friend had told me that it was full of rocks that I'd find fascinating, I had long wanted to go along it -- but because it's some distance from any place that one can take any public transport to (or, for that matter, anyone can drive to), it wasn't a place I felt able to get there quite a time.

Upon finally having getting there and completed the hike, I'll say that it's not super difficult to do so -- at least on a cool and low humidity day.  Still, it's best to allocate at least four and half hours for the excursion.
This way, you won't fear such as it getting dark before you complete your hike and consequently can allow yourself time to walk at a comfortable pace and, also, feel able to pause to do such as take photos and drink in some really nice views that, even on a day without super high visibility, can take in such as Pat Sin Leng to the northeast, Hong Kong Island to the south and the plains of Pat Heung to the northwest. :)
Posted by YTSL at 10:52 PM

Did you eat at Yat Lok afterwards?! ;)

No, went for Thai at the cooked food centre instead!

Nice to have you back in hiking form with this text and photos. I especially like the bottom photo because it is a perfect visual composition. The complete hike from Route Twisk, then down to Tai Po, looks like a major trek, especially since it gives one a view of the mythical Pat Sin Leng.

Actually, after reading your Frankenstein blog, I've spent pleasurable time looking at various online photos of the fairy tale-like countryside and rocks of Germany's Odenwald. So, I'll have to get back into a more Hong Kong state of mind.

It feels like a major trek -- not least the day after. (My thighs felt/feel so stiff while one of my hiking buddies texted me that his calves were hurting!)

Re thoughts of Germany and Hong Kong: I'd like to hold on to my German holiday memories even while firmly here in Hong Kong... ;)