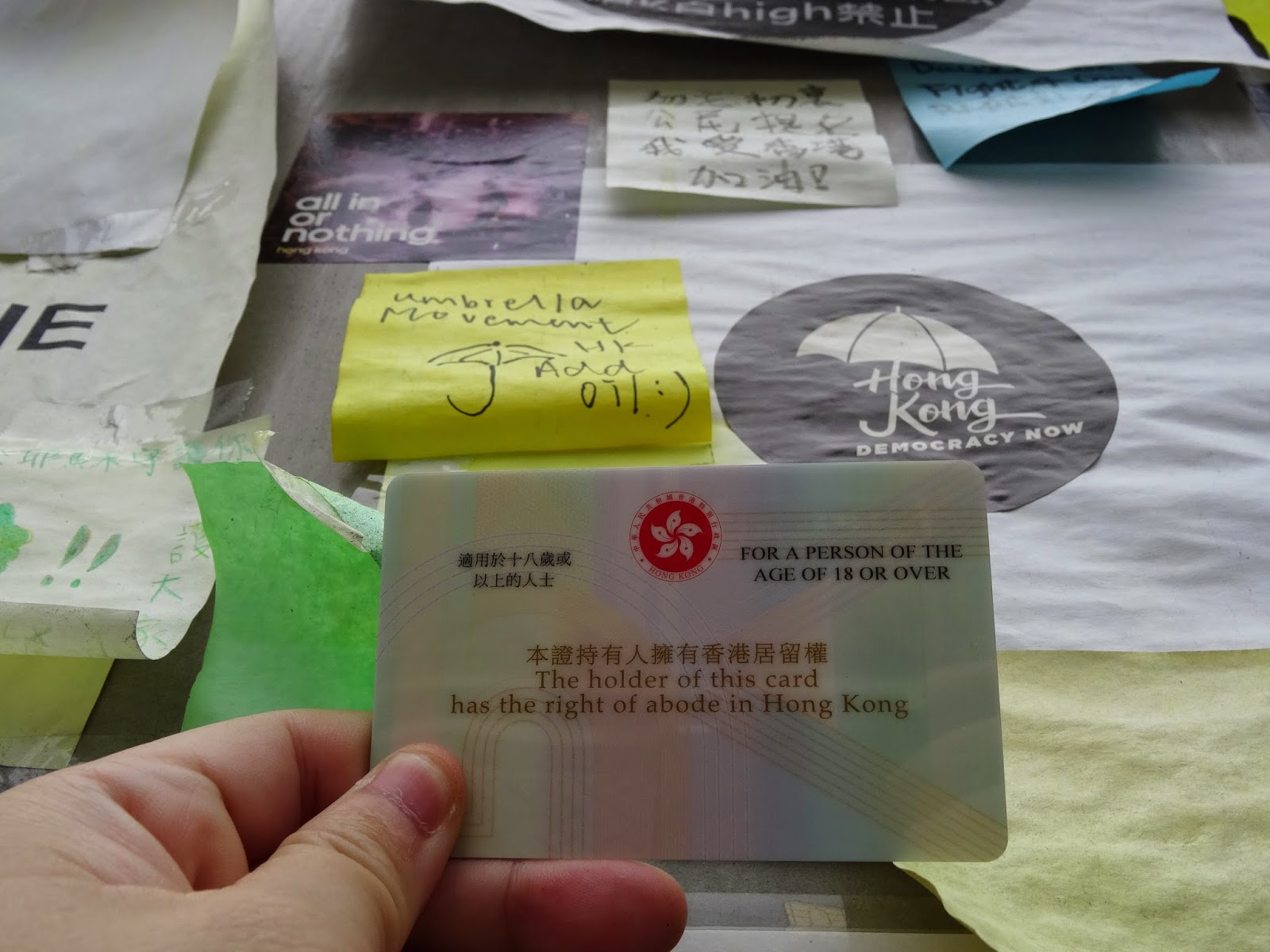 The first time I stepped on Hong Kong soil, I did so as an 11-year-old tourist who wasn't all that impressed by what I saw, heard and experienced on a visit whose strongest memories included seeing a rat in a restaurant where we were served drunken prawns and spotting a used condom while strolling about up on Victoria Peak!  So it should come as no surprise that, bar for a few short stop-overs on flights between Malaysia and the US, I did not deign to make my way to Hong Kong again for a time.

But after I became a "born again" Hong Kong movie fan while living in Philadelphia back in the late 1990s, I started to become attracted to visit the Fragrant Harbour.  And after several enjoyable visits where I did the things that a fanatic Hong Kong film fangirl would do -- including watch a lot of movies while I was in town and make pilgrimages to certain film locations -- and also learnt more about Hong Kong's cultural heritage and history, Chinese food and such, I decided that I really, really, did want to live in Hong Kong.

In all honesty, I will say that Hong Kong is the one place in the world that I set my sights on wanting to live in and then looked for a job there that would allow me to do that.  (In contrast, places like the US and Tanzania were where I went because the career I was pursuing at the the time dictated that I should go.)  And on May 1, 2007, I finally achieved my dream of moving to Hong Kong.

Since that day more than seven years ago, I've seen my love for Hong Kong grow stronger -- not least because I found more and more about Hong Kong to like over the years.  With the state of Hong Kong cinema being what it is and has been in the past few years, I have to say that a love of Hong Kong movies would not have regularly kept me happy and satisfied for all that long.

Instead, I've also done such as discovered a love of hiking on Hong Kong's many kilometers worth of trails, been able to unleash my inner foodie courtesy of living in a place with more than 10,000 restaurants (including some that serve great Japanese food and delicious Korean eats along with a range of Chinese cuisines, and so much more!), found places to gain a major appreciation of Japanese nihonshu as well indulge my fondnesss of traditional British beers along with craft beers from many parts of the world, etc., etc.

Along the way, I've made my share of good friends and enjoyed doing lots of different things with them.  Also -- and okay, here's where it gets political -- I've appreciated that Hong Kong is a place where I've felt free to do such as commemorate June 4 every year and to exercise my right to free speech and assembly each July 1 and, latterly, as part of the Umbrella Movement.

For some years, I felt that the June 4 vigil was something I could go to because it was a universal human rights event -- albeit one with particular meaning for people living in Hong Kong and Mainland China.  However, I didn't feel that I should take part in the July 1 marches because it specifically pertained to Hong Kong and I shouldn't get involved too much with local matters....until 2012.

That year, I started feeling that I had lived in Hong Kong long enough to feel like a Hong Konger (as well as share the views of many about such as Leung Chun Ying delivering his first official speech as Hong Kong's Chief Executive in Putonghua rather than Cantonese).  Still, it wasn't until two weeks ago that I officially became a Hong Kong permanent resident, and today that I got my card certifying that this is indeed the case.

When I mentioned to them a month or so ago of my intention to apply for Hong Kong permanent residency, a few local colleagues and friends asked me why I wanted to do so -- this not least because Hong Kong has been in turmoil these past few months.  But while it may be hard for some people to see, the Umbrella Movement's existence actually is one more reason why I love Hong Kong -- because it shows me that Hong Kong has many people who share my socio-political concerns and ideas, and believe that Hong Kong can be a better place and (fairer) society than certain others seem content for it to be.
Posted by YTSL at 11:59 PM

The Umbrella Movement is the single most hopeful event to occur in Hong Kong since Mr. Tung resigned and it is one of the best reasons for those who have been contemplating leaving Hong Kong to hang on a bit longer and see what eventuates.

Congrats. So many of my friends apply for the PR status for tax reasons. Judging from your blogs, you truly care about HK and deserve the PR more than any others I know. Despite the pollution and the deteriorating political climate, HK is truly an amazing place. Unlike another small Asian country state where I lived for a while, HK has a soul! It is amazing that so many dare to stand up and let their voices be heard!
Sophia

Congratulations and I hope that this will bring you the best of luck!

Congratulations on getting your PR...I sincerely home you won't step foot in China or apply for home return permit because I have a feeling you won't get it ( in addition CCP-CTS being a royal pain in the behind..) given your citizenship.

Now comes to ultimate question, would you fight the likes of the PLA to ensure your freedoms being upheld with communism slowly infecting everything in HK?

Am glad to learn that someone else is given hope by the Umbrella Movement. :)

Thanks for the congratulations and I agree that Hong Kong has a soul! :)

Thanks for the comments and good wishes. :)

No fear re my applying for a home return permit from the mainland as I do not consider it "home".

Re your "ultimate question": I hope that day will never come to pass in Hong Kong, and still do retain a strong conviction that that will be the case.

You will have to answer that ultimate question one day as long as you lived in HK since you love HK so much...

In addition, I strongly advise anyone to stop owning assets in any form based in the mainland China...

one of these days, you and I need to meet up in person :)

We differ on many things, including our views of whether we'll live to see the day when Hong Kongers will have to do battle with the PLA on Hong Kong soil. Maybe if we ever meet up in person, we'll end up fighting each other! ;D

CONGRATULATIONS! Hong Kong is lucky to have such an enthusiastic supporter of it arts and nature as a permanent resident.

Thank you -- for the congratulatory message and kind words. :)