Prior to my 2010 German holiday, my German friend had sent me a list of towns and cities that I could consider visiting in the one and a half weeks or so that I'd be in her homeland.  While we ended up deciding against heading over to Trier on that occasion, the information I had gleaned about Germany's oldest city did intrigue me -- and so much so that this time around, I requested that it be our top priority with regards to destinations.

Although my German friend had visited Trier with her parents as a child, she confessed to having zero memories of the place early on our during our time there.  In retrospect, she and I are both glad that we did go there, and commit to spending two and half days and two nights there -- for not only is there plenty to see in this city (including a number of UNESCO World Heritage-listed monuments, such as those pictured in this photo-essay) but the city itself also came across as a generally pleasant place to while away one's leisure time in... :) 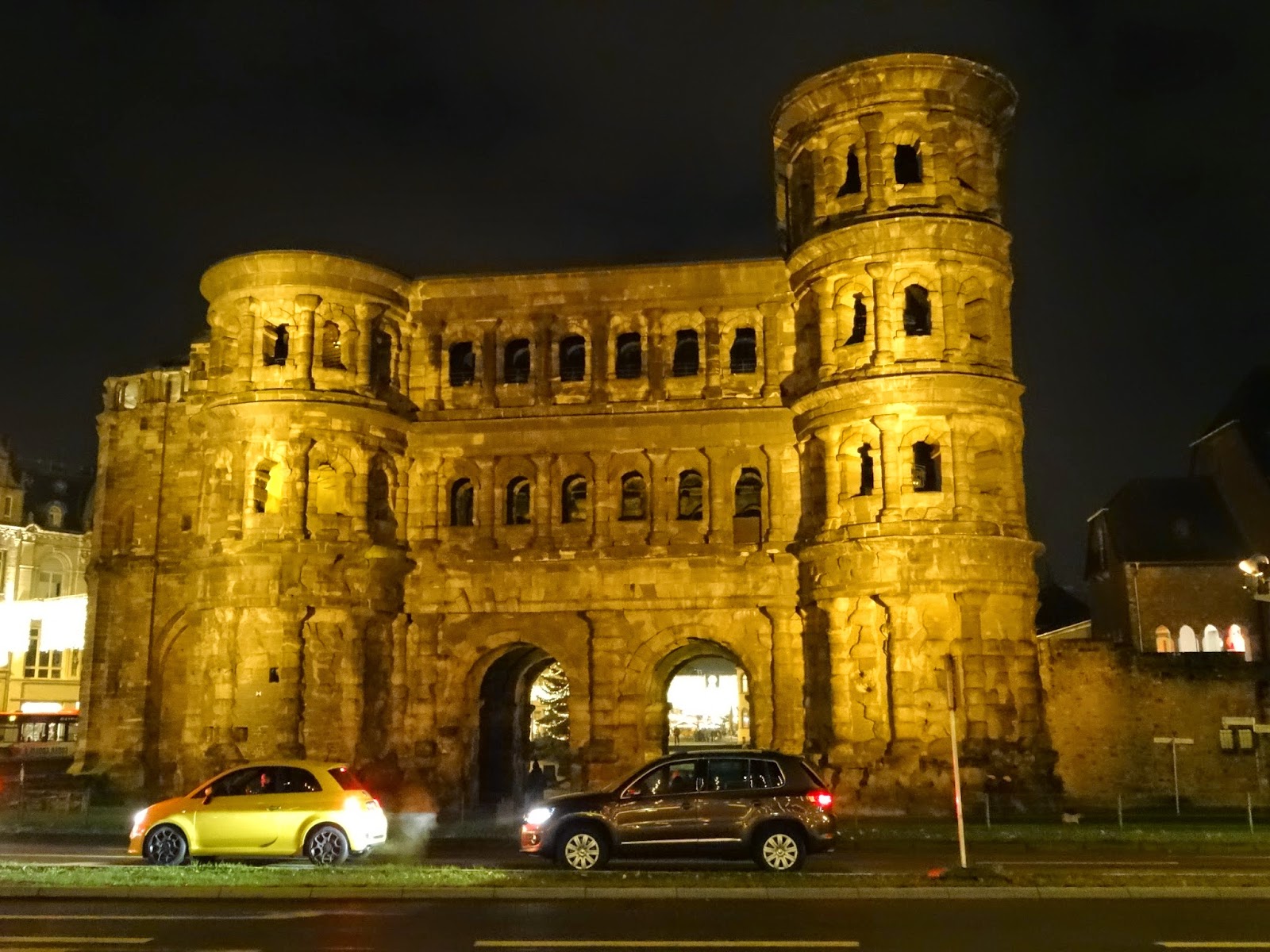 The 2nd century fortified Roman gate known as the Porta Nigra
(Black Gate) is a sight to behold... 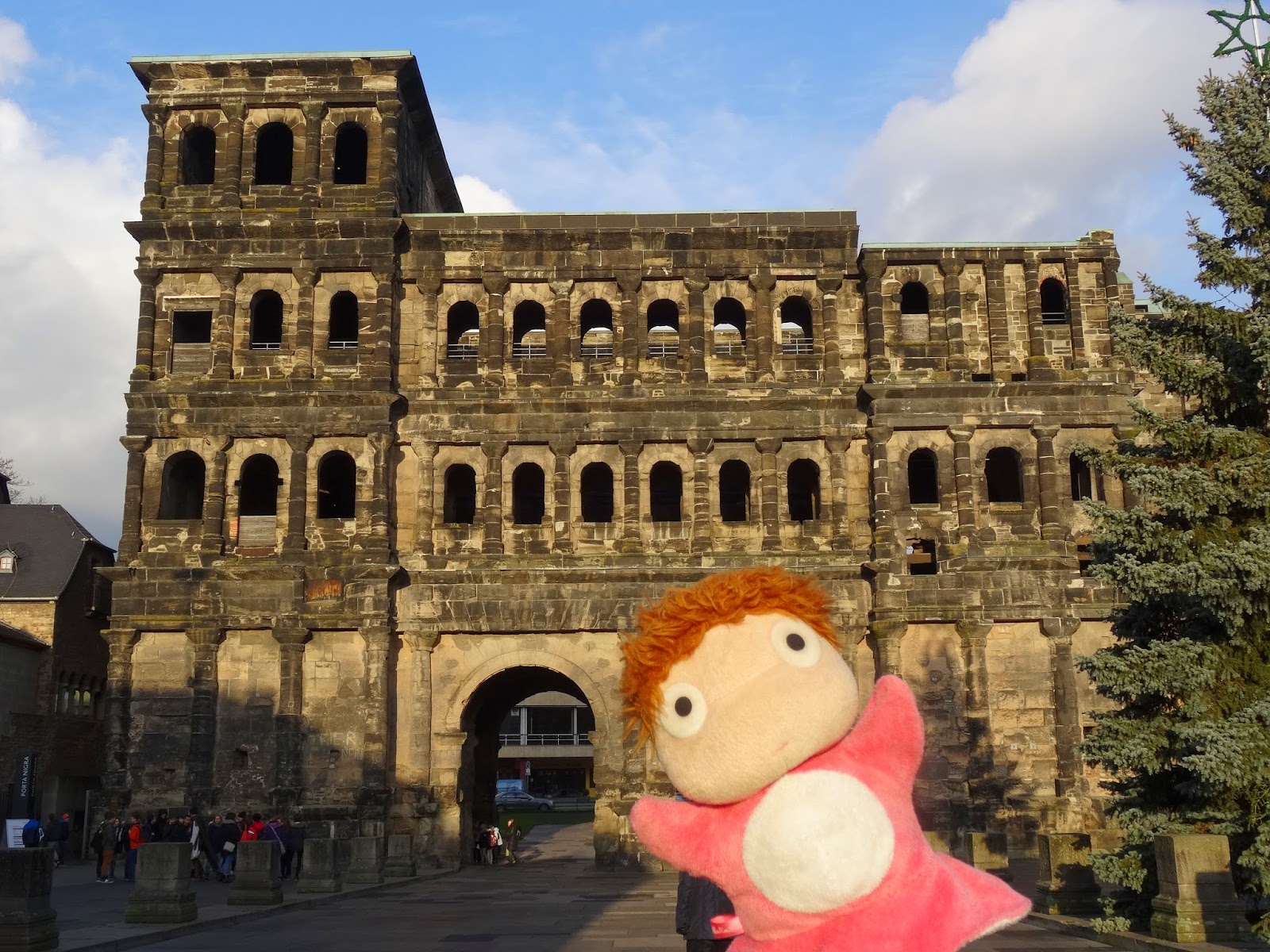 ...by day or by night, from the front or back,
and with or without Puppet Ponyo posing nearby ;b 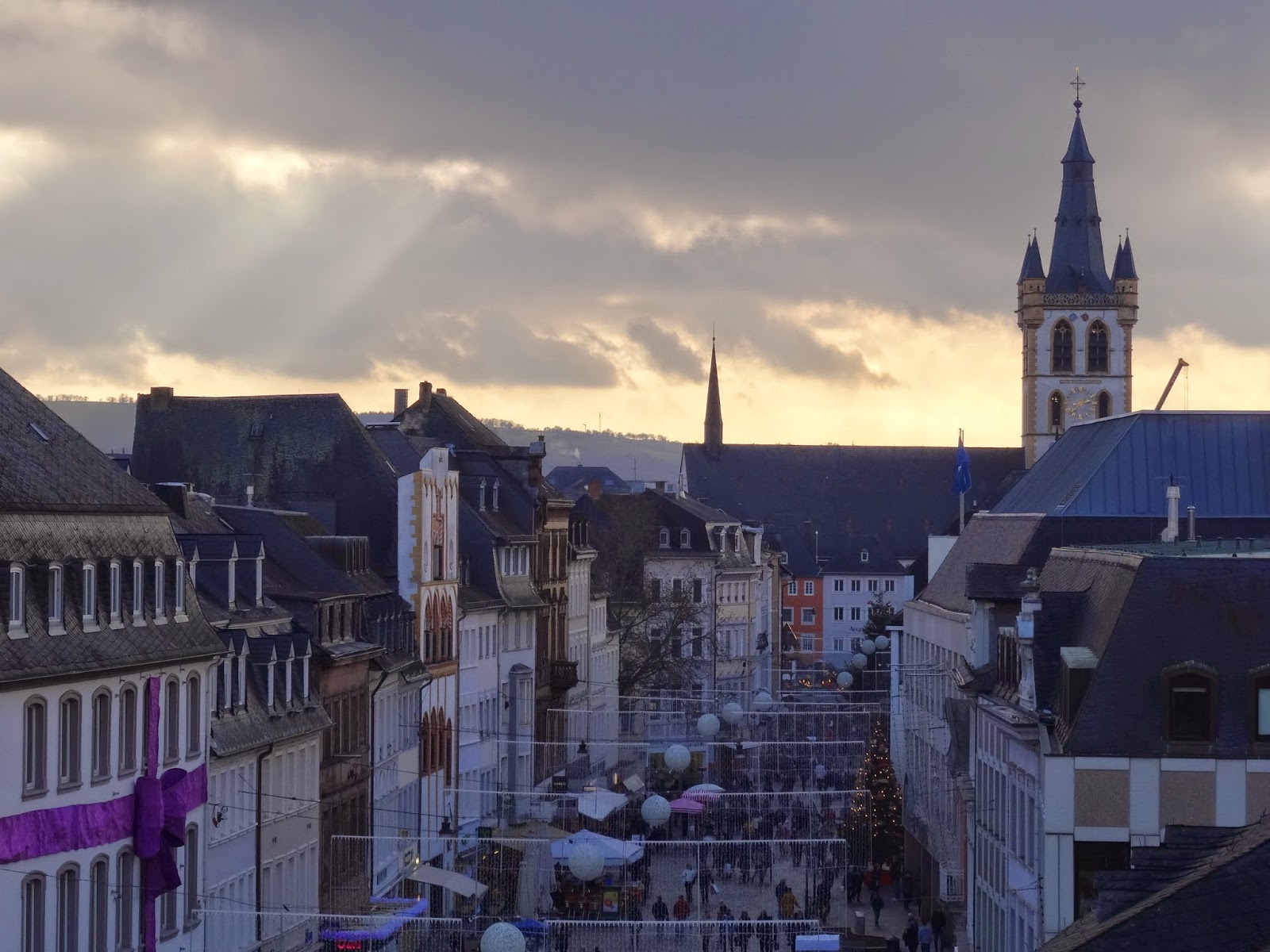 The view from the Porta Nigra -- which one can climb up
-- of Trier's Aldstadt historical city center isn't half bad either! 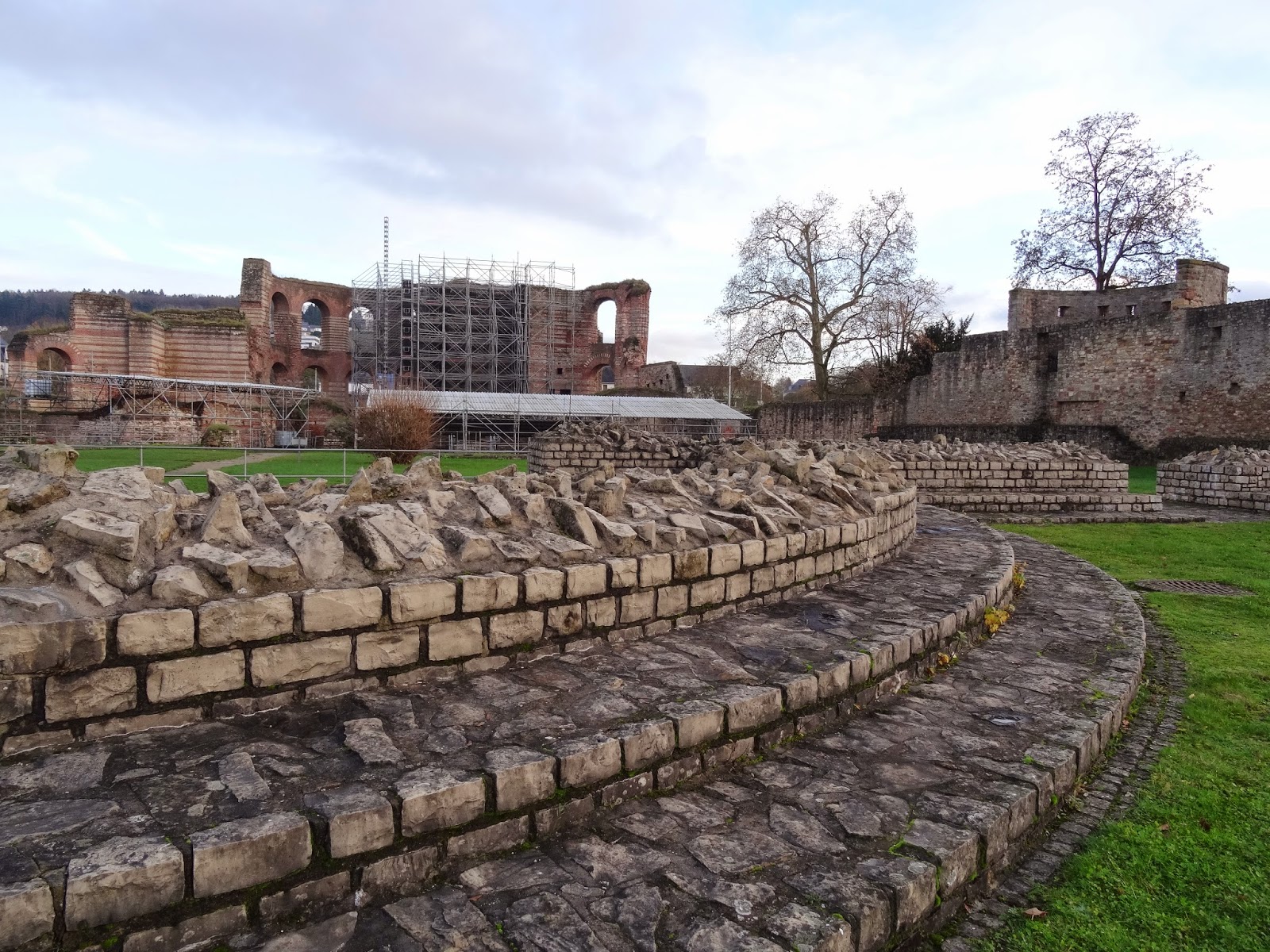 Also dating back to Roman times (and UNESCO World Heritage-listed),
the Imperial Baths (aka Kaiserthermen) was surprisingly large -- and
bereft of visitors (Yes, we were the only people at the site when we visited!) 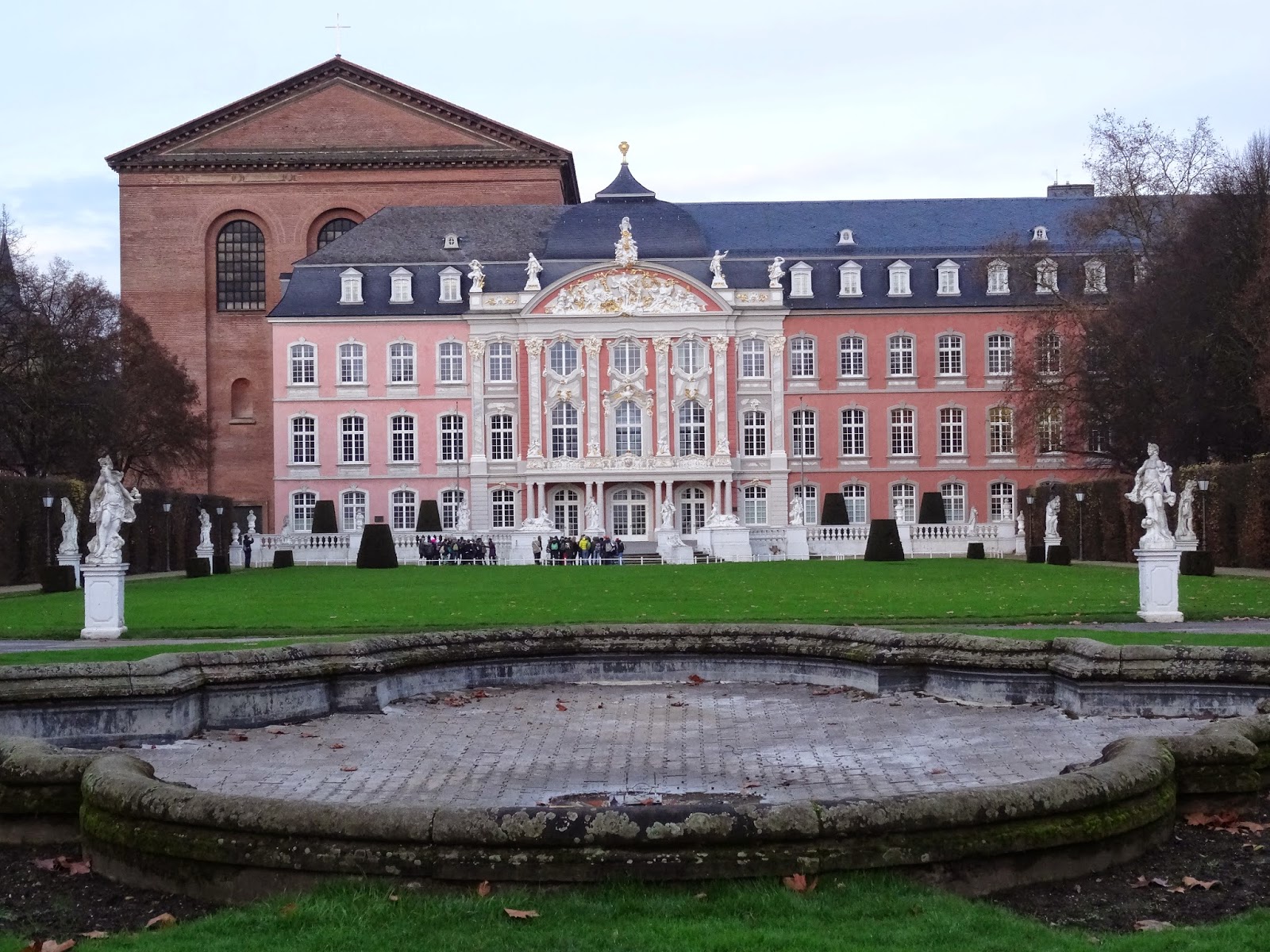 The Rococo style Electoral Palace catches the eye from across the
palace garden, leaving the Roman Imperial Throne Room
(Konstantin-Basilika) in the shade -- at least from this angle 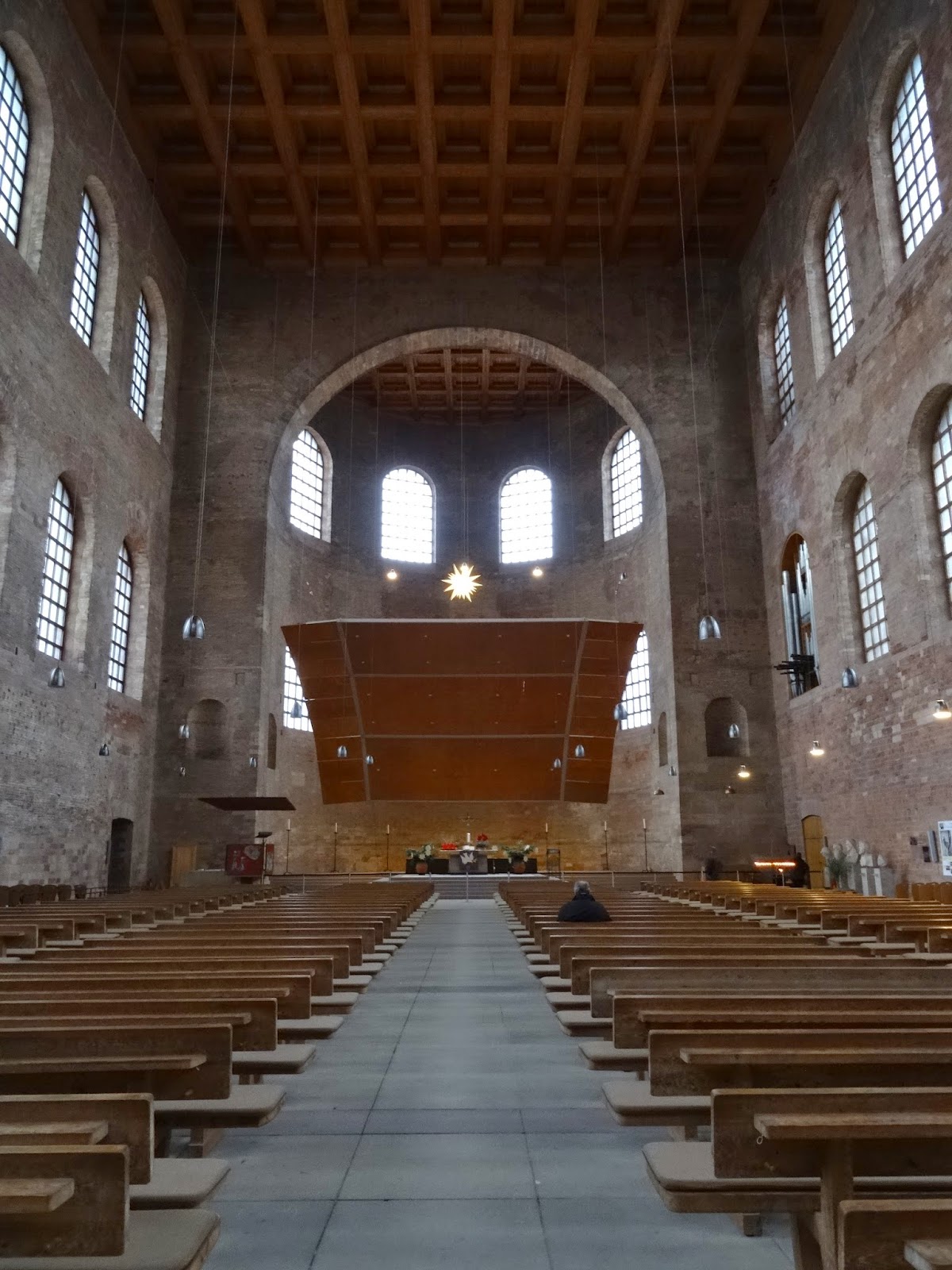 Venture inside the largest extant hall from antiquity, whose existence is
a reminder of Trier's past as the Roman empire's northern capital, however,
and you'll get a good idea how impressive this single-room structure is! 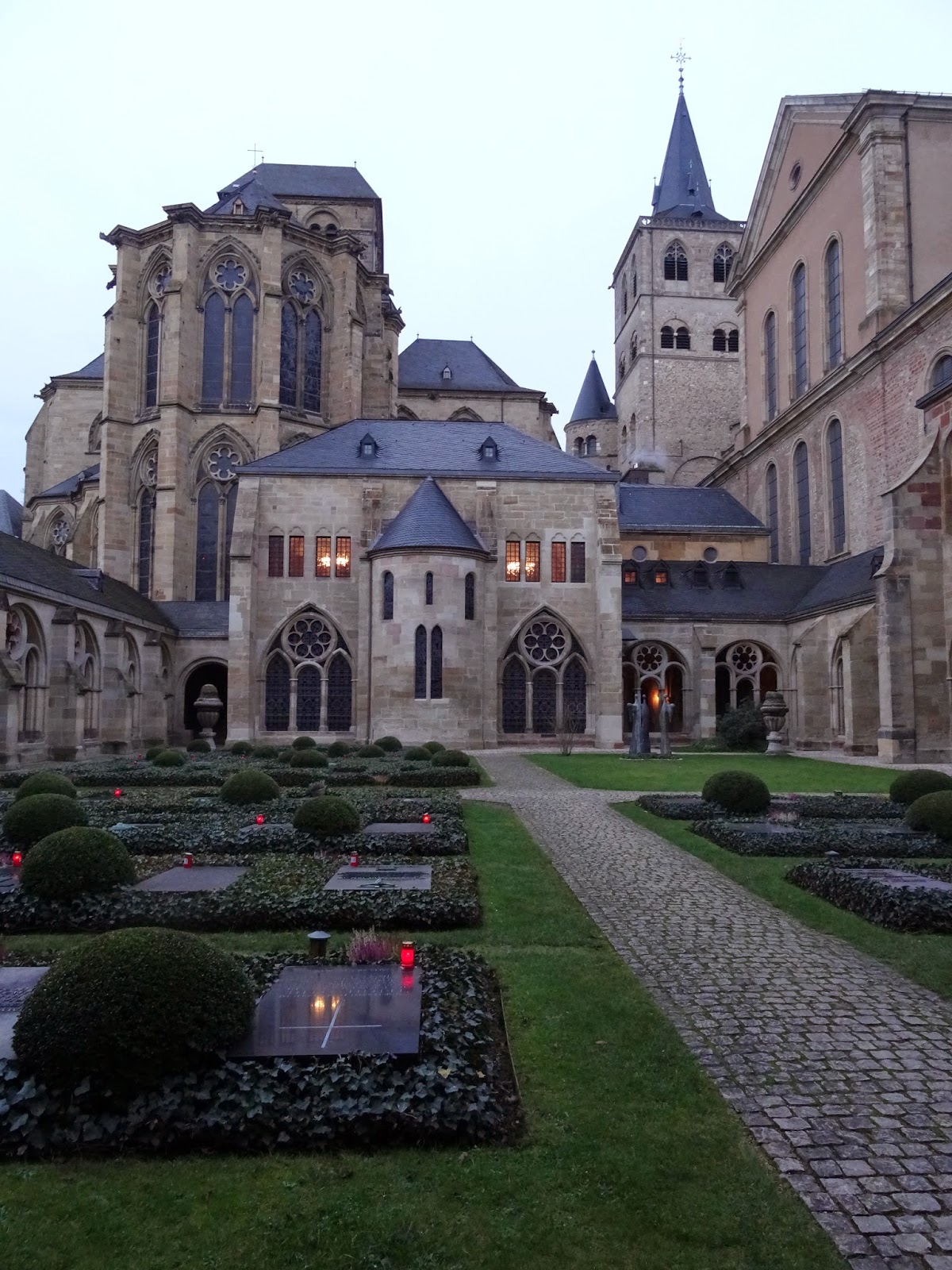 Physically connected together, Trier Cathedral and the Church of Our Lady
(aka Liebfrauenkirche) are both also UNESCO World Heritage listed --
and yes, this is how the creepy-after-dark crypt looks in daylight! ;b 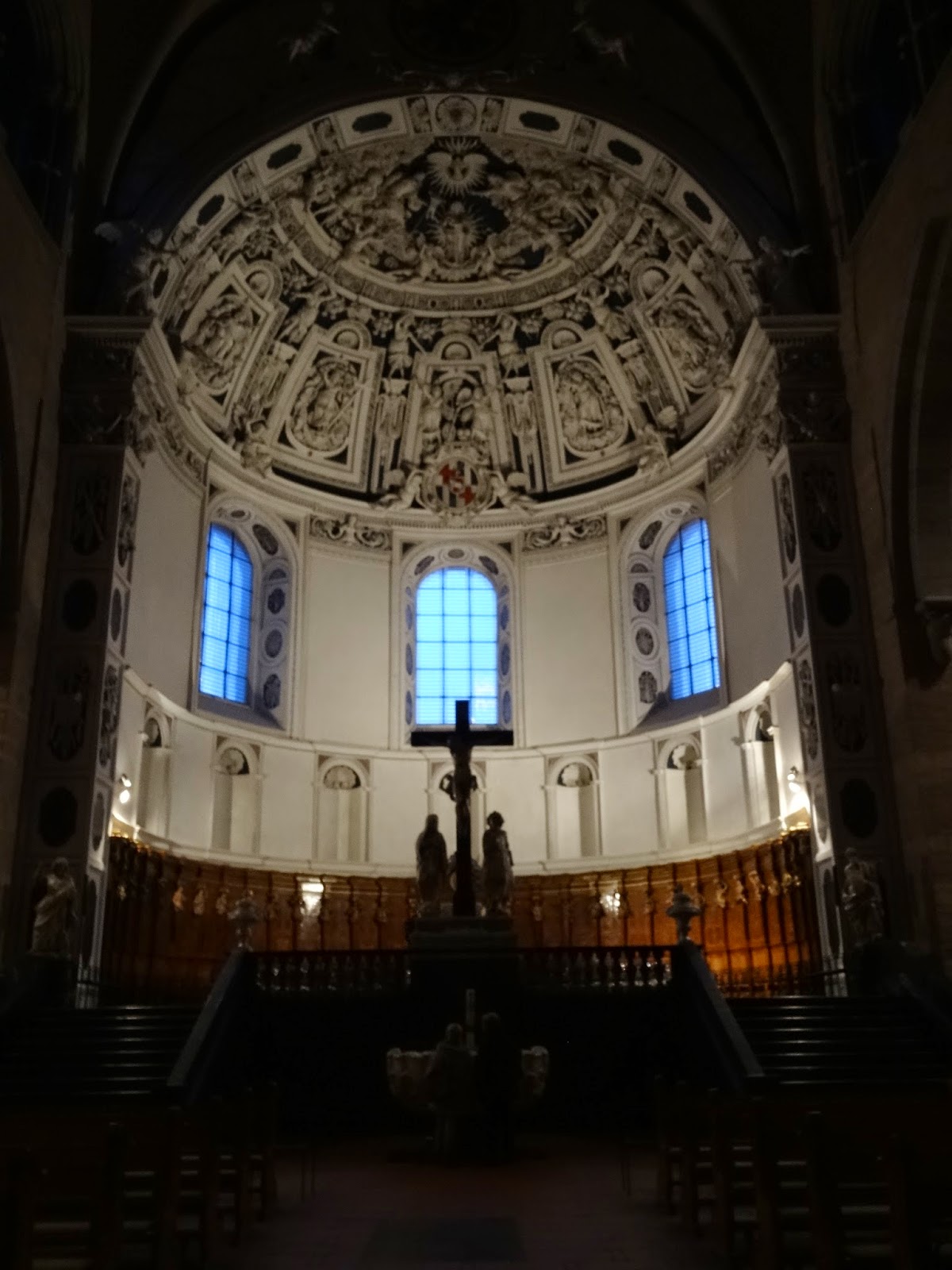 A glimpse inside the cathedral (that's also known as Trier Dom)

...and yes, there are more Trier photos to come, including of the inside of the Liebfrauenkirche! ;b
Posted by YTSL at 10:29 PM

Judging by these photos I'd say Trier looks to be a historically and architecturally interesting place to visit. I like the photo of the elevated "view from the Porta Nigra."...I also like the contrast between the day and night photos of Porta Nigra: at night it looks glowing...Ponyo always looks elated when visiting historical sites in her travels.

The Porta Nigra is a very impressive structure. Amazing to think that one can still safely go up and walk on something built 2,000 years ago... And Puppet Ponyo was indeed happy to pose near it! ;)