It's currently raining, the cold weather warning has been issued for the first time this winter, and a friend of mine just texted me to say "Poor people camping. It's all very depressing." This towards the end of a day that saw Occupy Central's three co-founders farcically try to surrender to the police, only to be let go without any charges place against them!

Still, to put things in context, I honestly don't think that many members of the Umbrella Movement consider Benny Tai, Chan Kin Man and Reverend Chu Yiu Ming as their leaders.  After all, wasn't one of the main defining features of the Umbrella Movement that it was a leader-less movement that spontaneously arose out of the frustrations and hopes that many Hong Kongers felt after seeing unarmed protesters being tear-gassed, yet continuing to resist, that fateful day in September -- i.e., more than two months ago now?

In any case, when I visited the Admiralty protest area yesterday, I saw signs both of the aftermath of the violent clashes that took place late Sunday evening into early Monday morning, but also that the spirit of resistance remains alive... 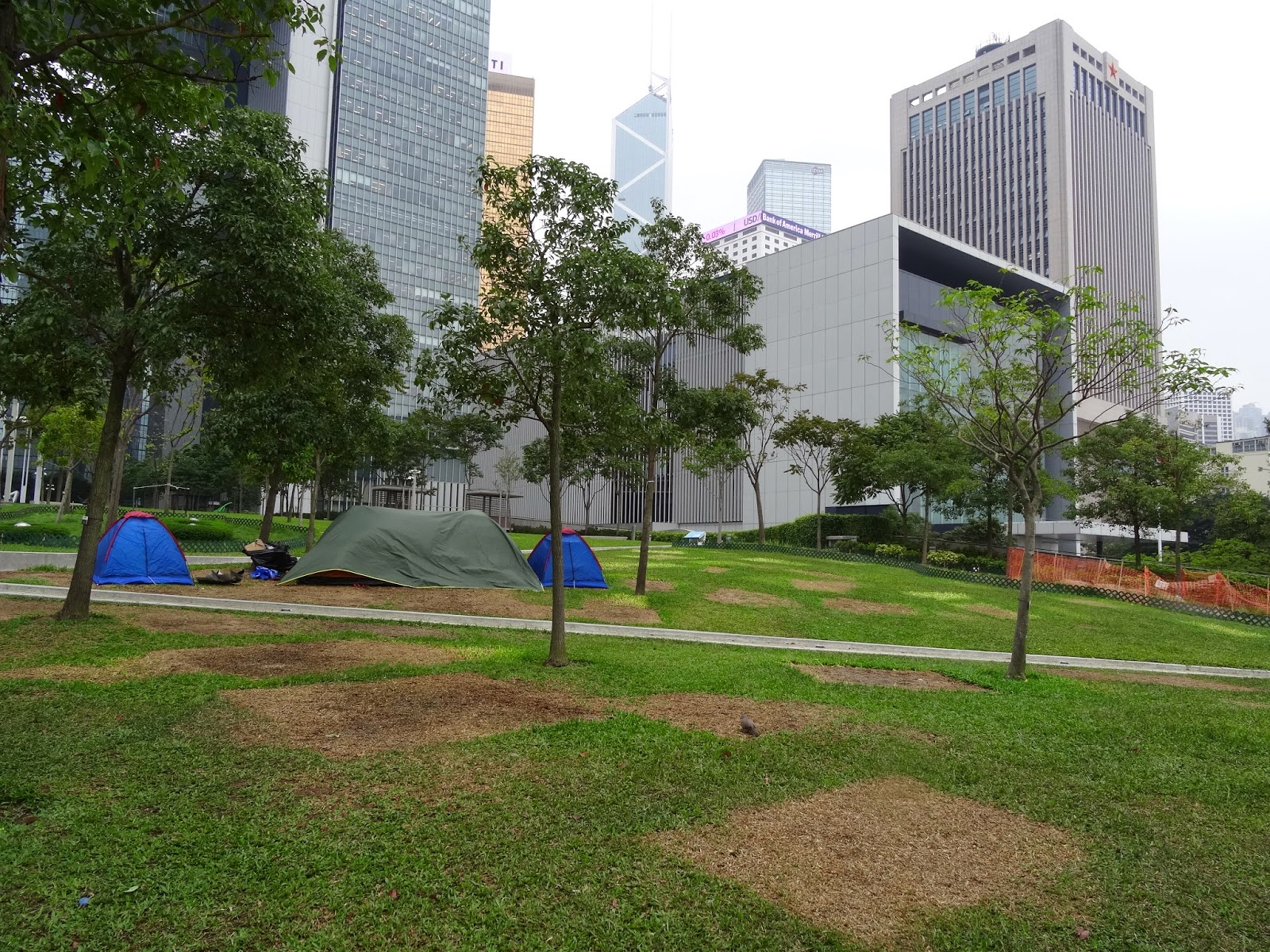 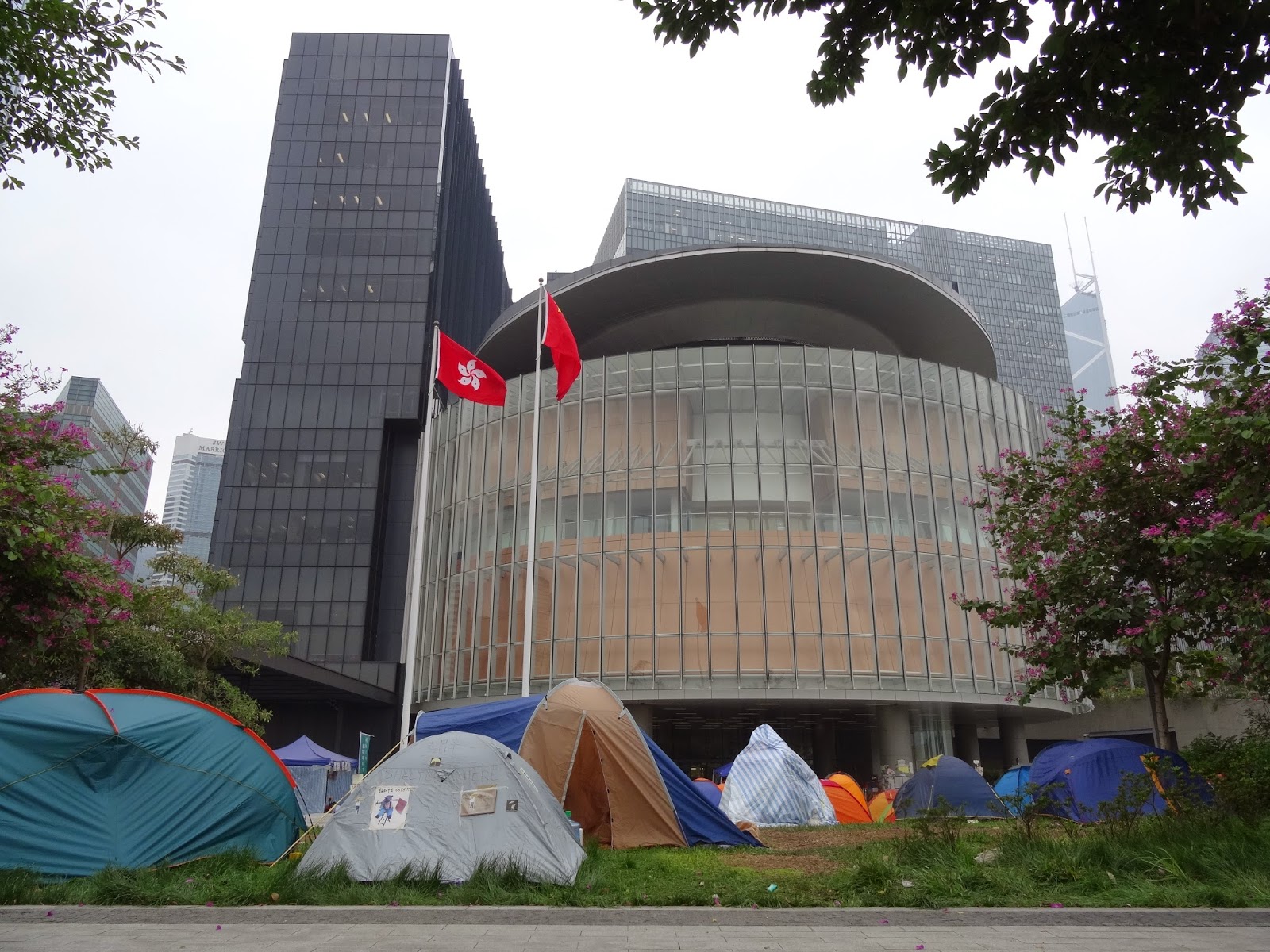 ... but many tents remain pitched to the north, west
and south of the Legislative Council Complex 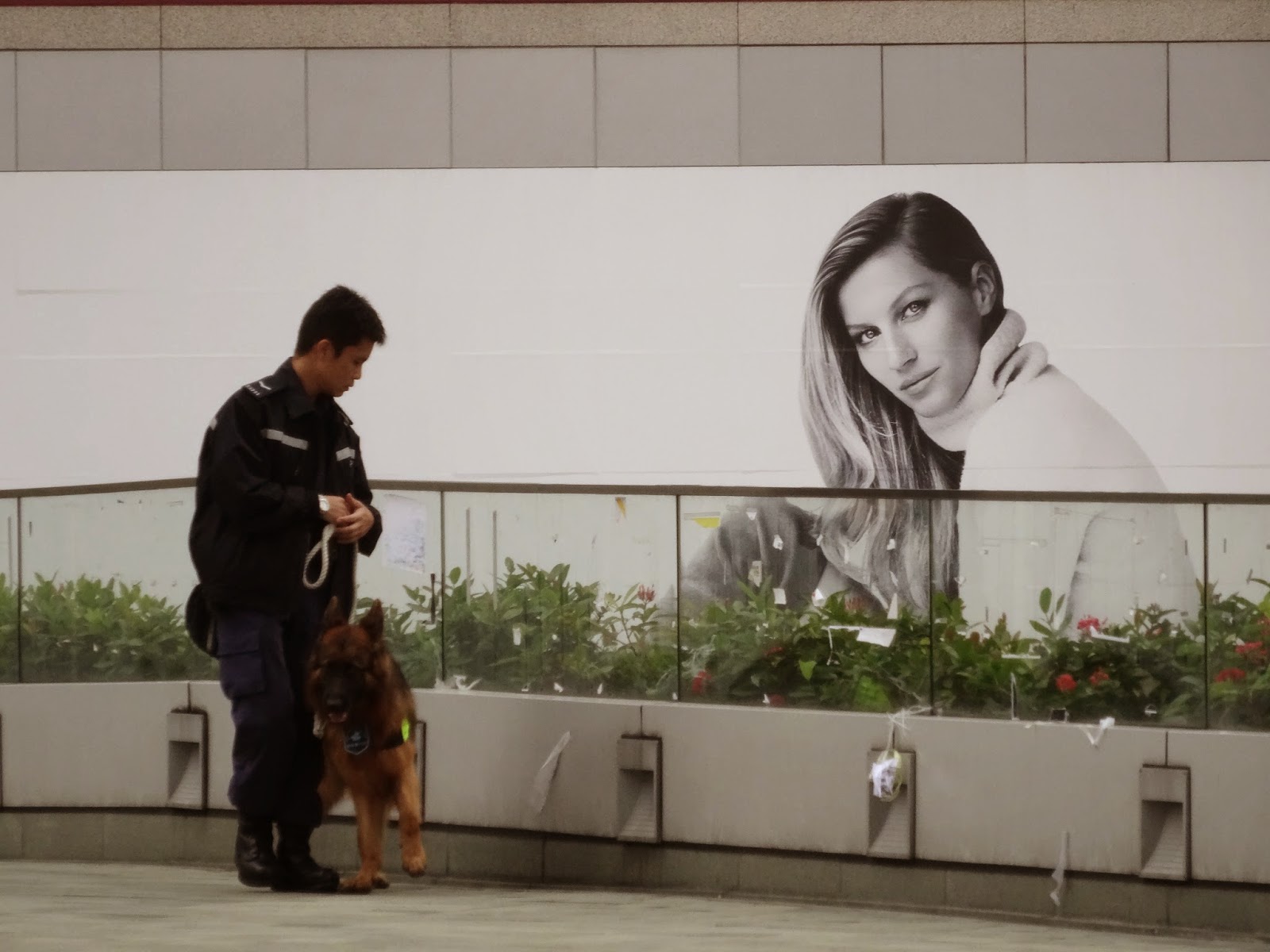 A policeman and dog patrolled the overhead bridge
over the central section of the Admiralty protest site... 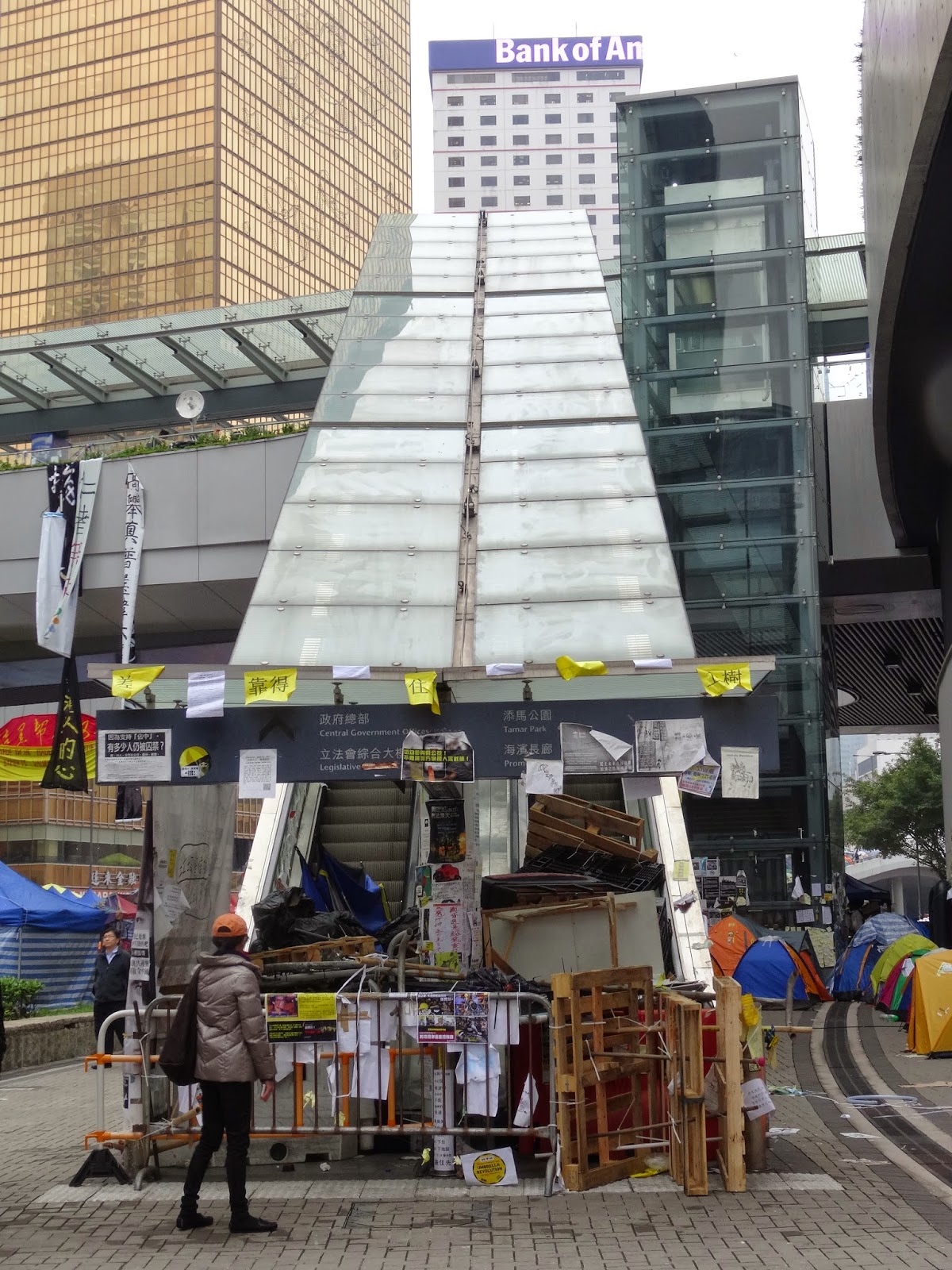 ...while one of the two escalators connecting that
overhead bridge to the "Occupied" ground level -- and
half of the other escalator -- is now obstructed by barriers 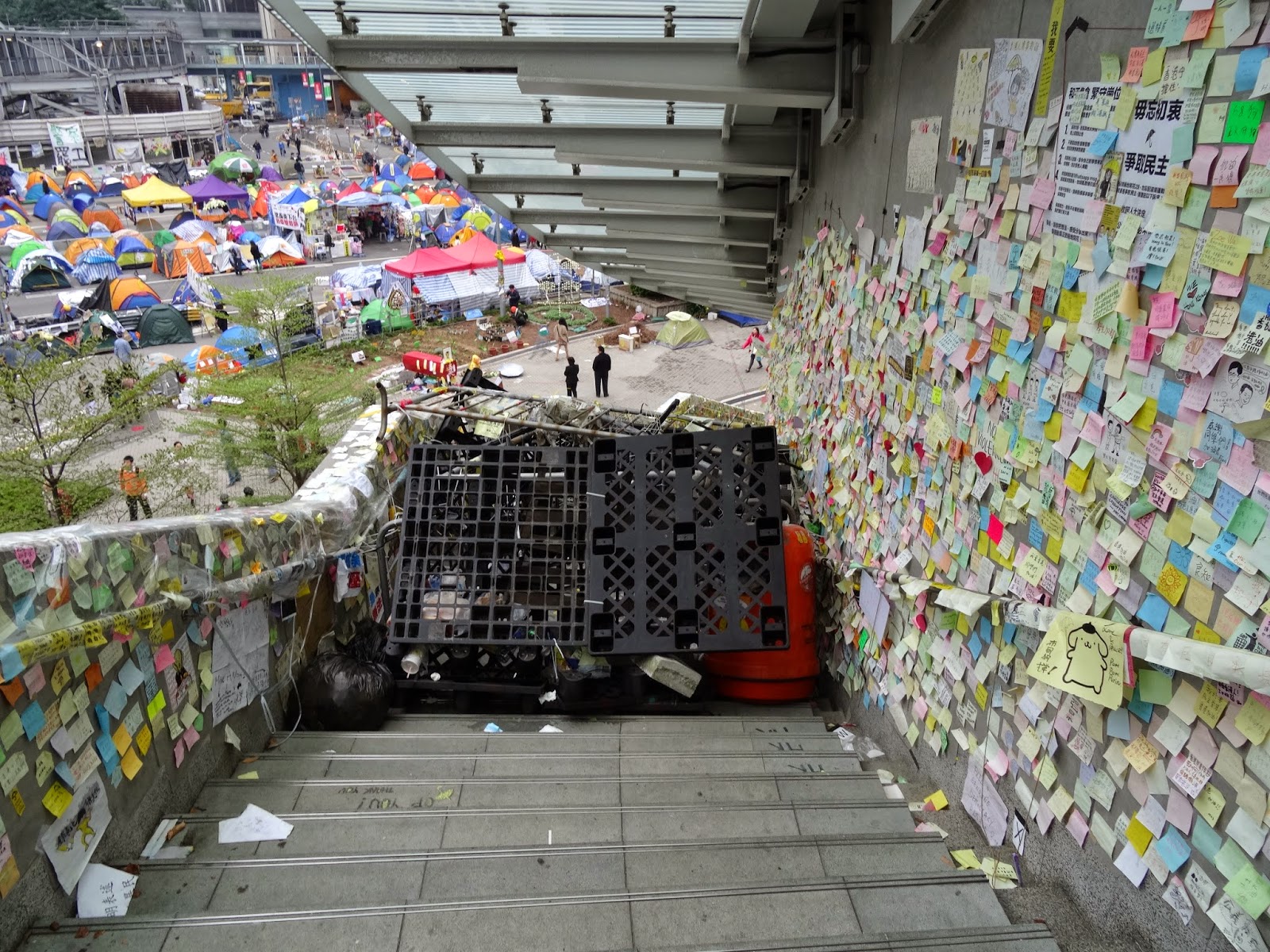 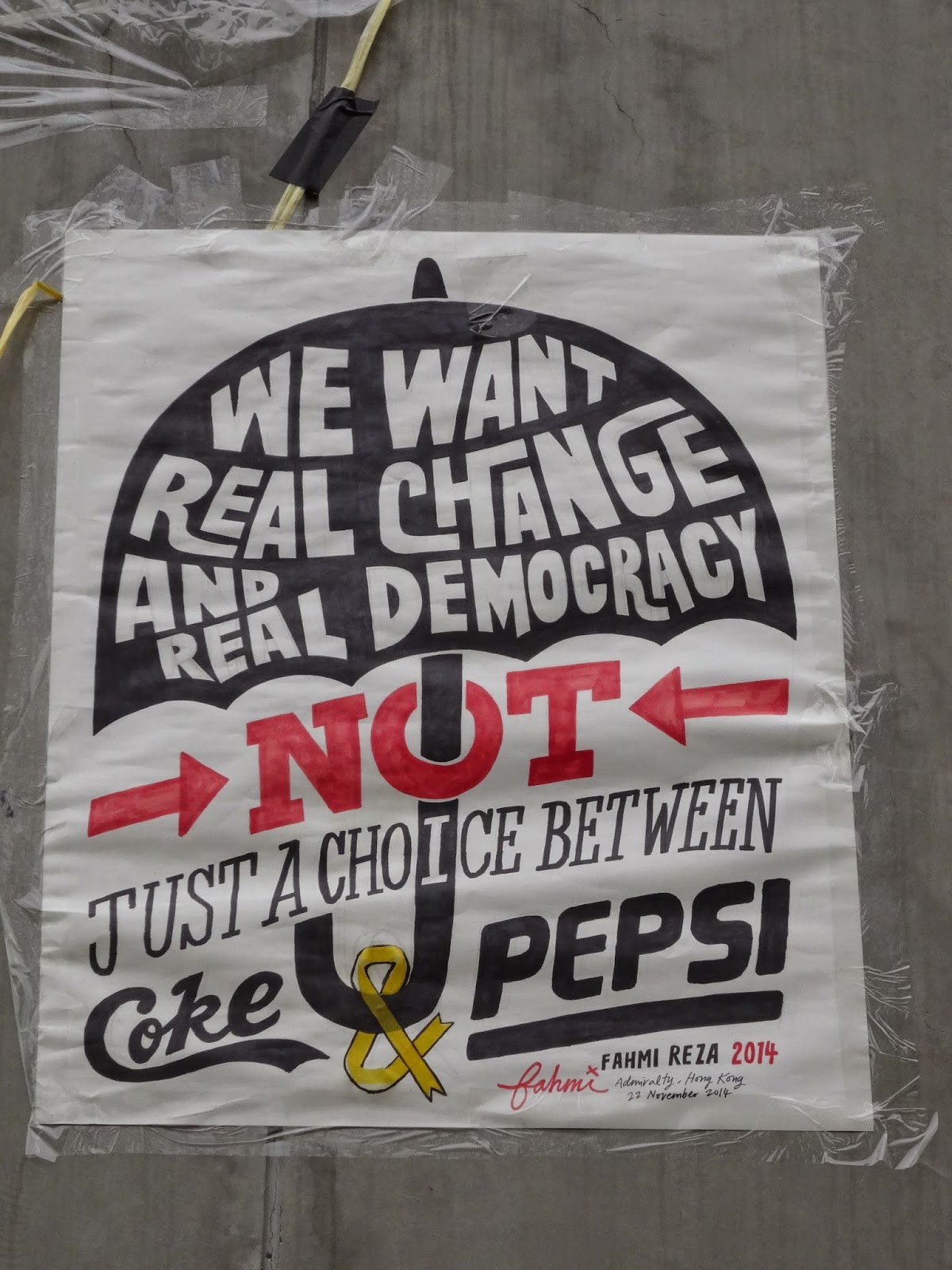 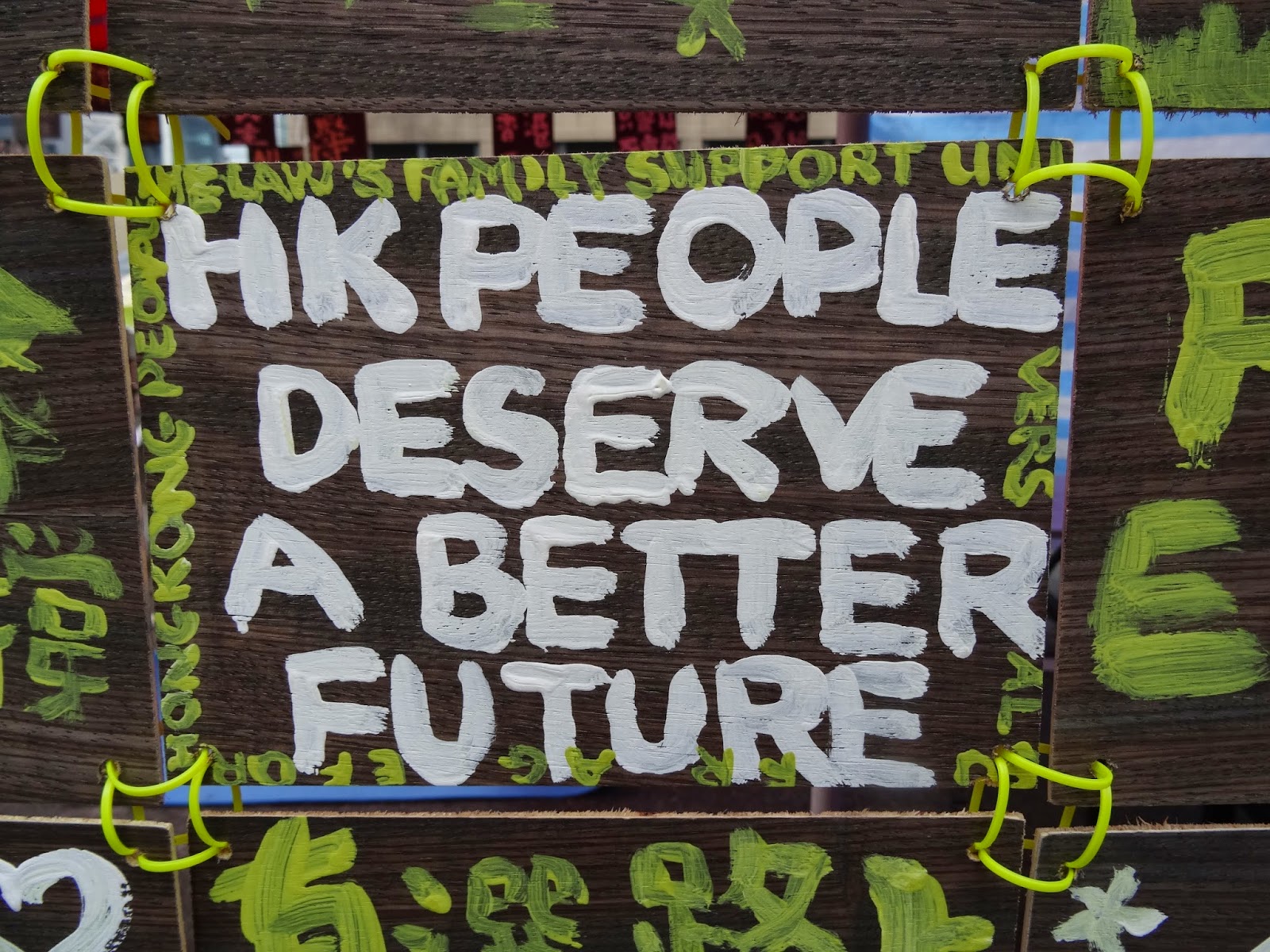 You won't get any argument from me re that sentiment! 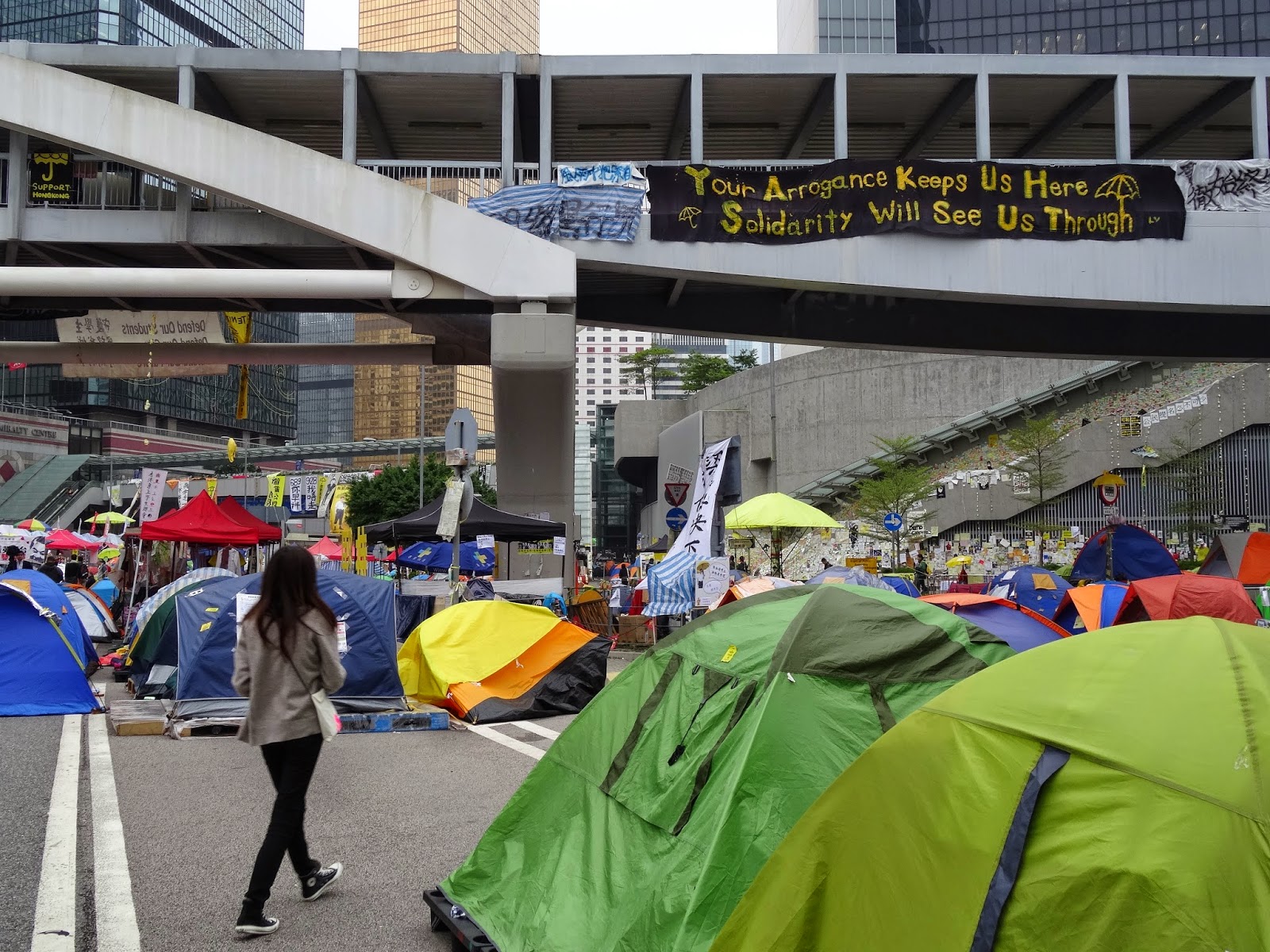