Upon returning from my recent European vacation, I had chops in my passsport showing that I had entered Germany on December 6th and left the country on December 14th.  Actually, I also had left Germany and re-entered it midway through my stay -- but because of the Schengen Agreement, my passport was not looked at, never mind chopped, when I entered Luxembourg from Germany and re-entered Germany from there.

This was my first visit to the landlocked Grand Duchy -- and, as it so happened, my German friend's too!  Despite its proximity to her home country, she confessed to not knowing that much about Luxembourg and even only realized after I told her that its capital city's Old Quarters and Fortifications are on the UNESCO World Heritage list.

Post visiting the area, we can see and understand full why.  As I hope the following photo-essay will show, the Old City of Luxembourg and its Fortifications are physically impressive and located in a natural setting that accentuates their visual splendor, and strategic location at various points in history:- 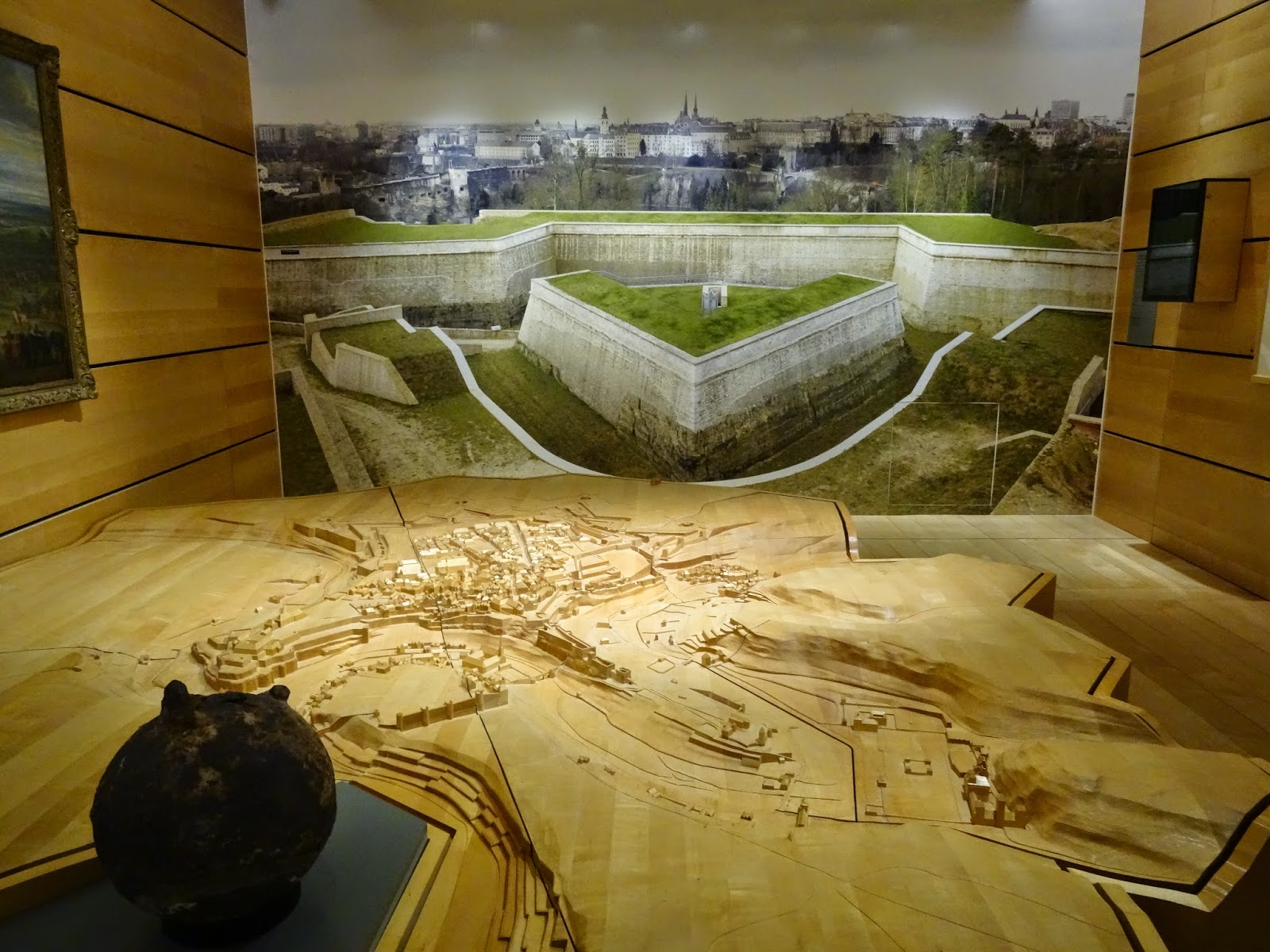 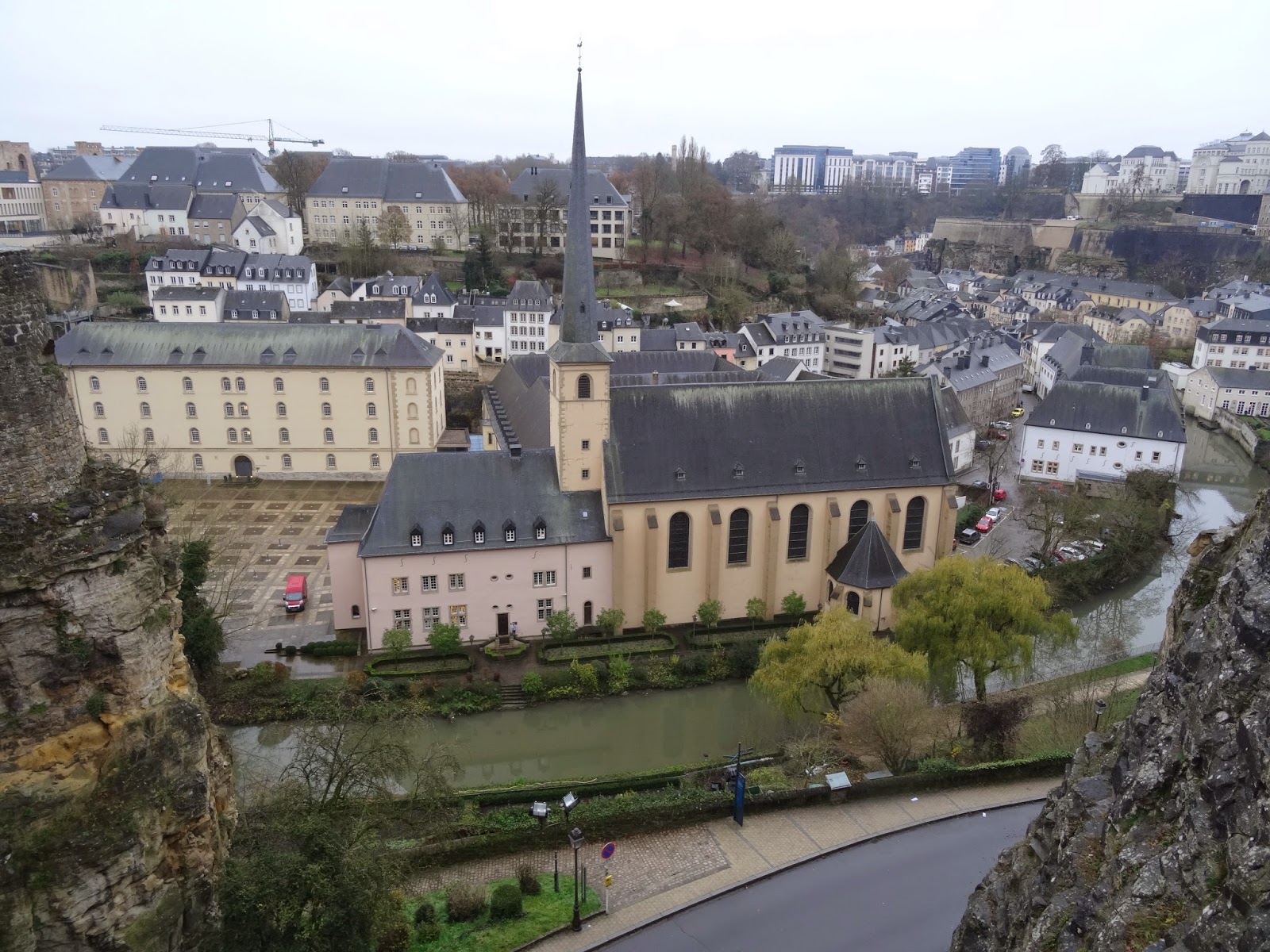 View of Luxembourg City, with the Centre Culturel de
Renconre Abbaye de Neumuenster in the centre of the picture 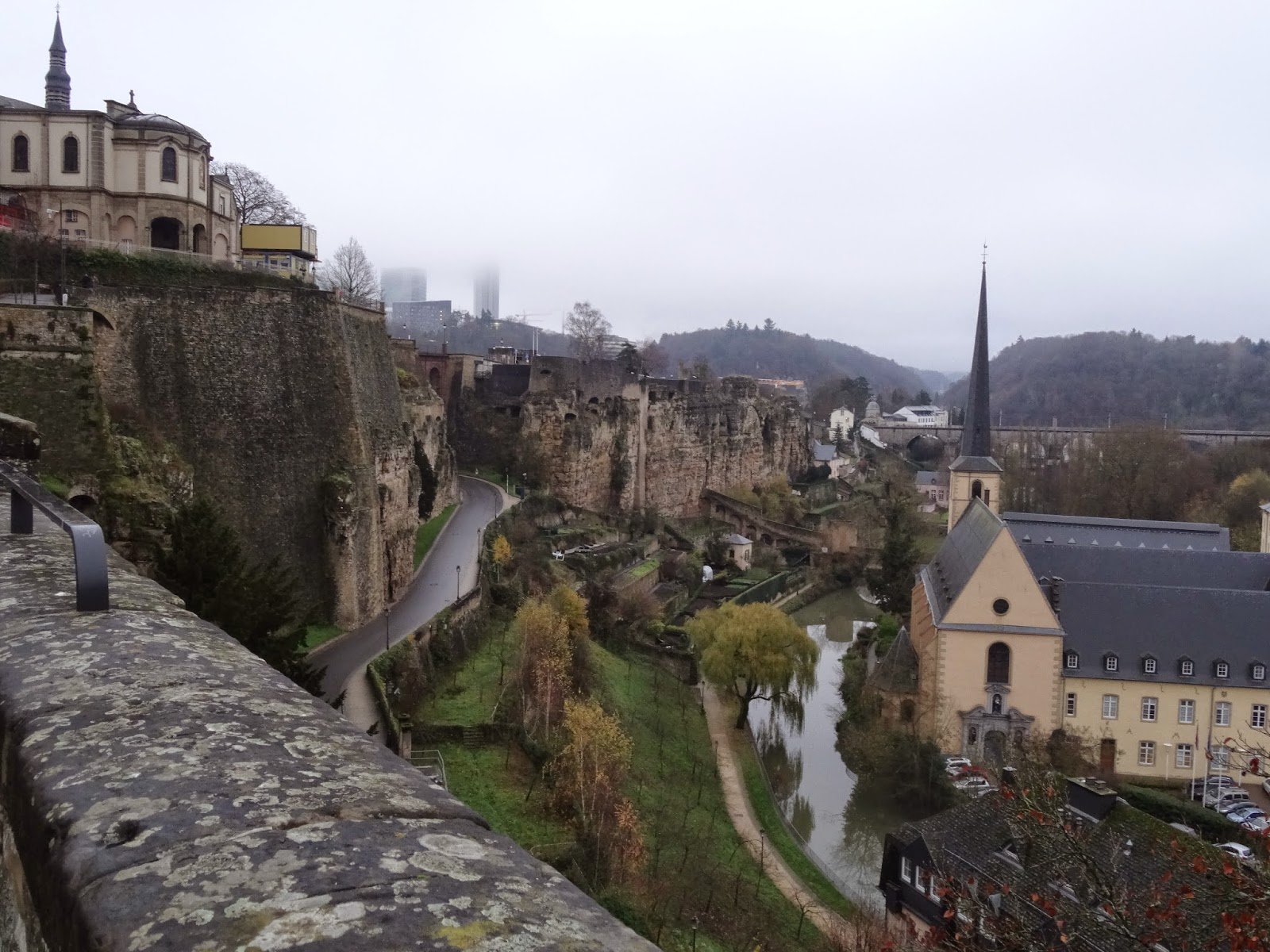 Another view, this one with the Centre Culturel de Renconre Abbaye
de Neumuenster on the lower right and St Michael's Church
(the city's oldest church) on the upper left 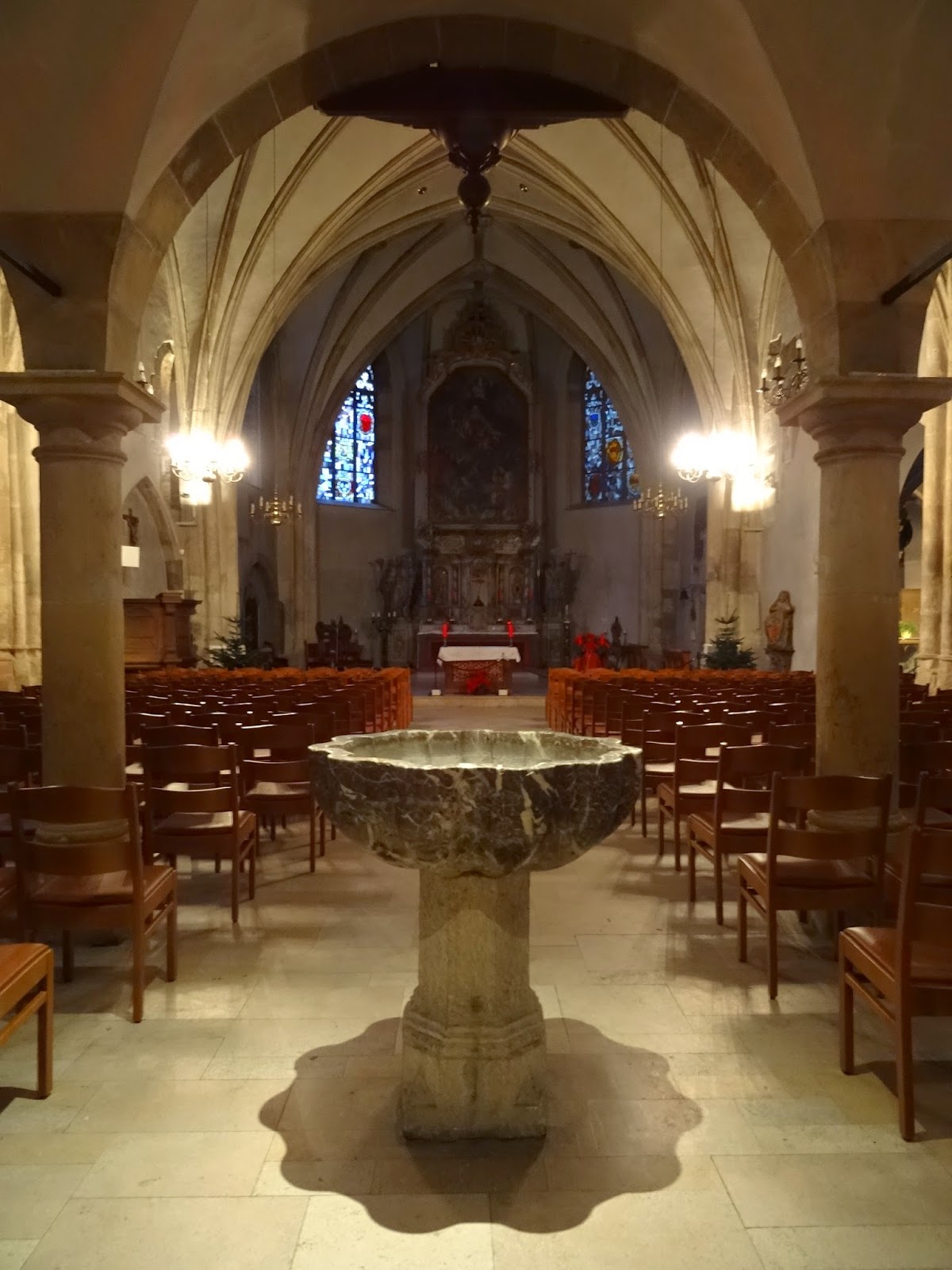 Interior view of St Michael's Church -- and yes, like
many places we visited in Luxembourg City and Trier,
we were the only people there when we visited! 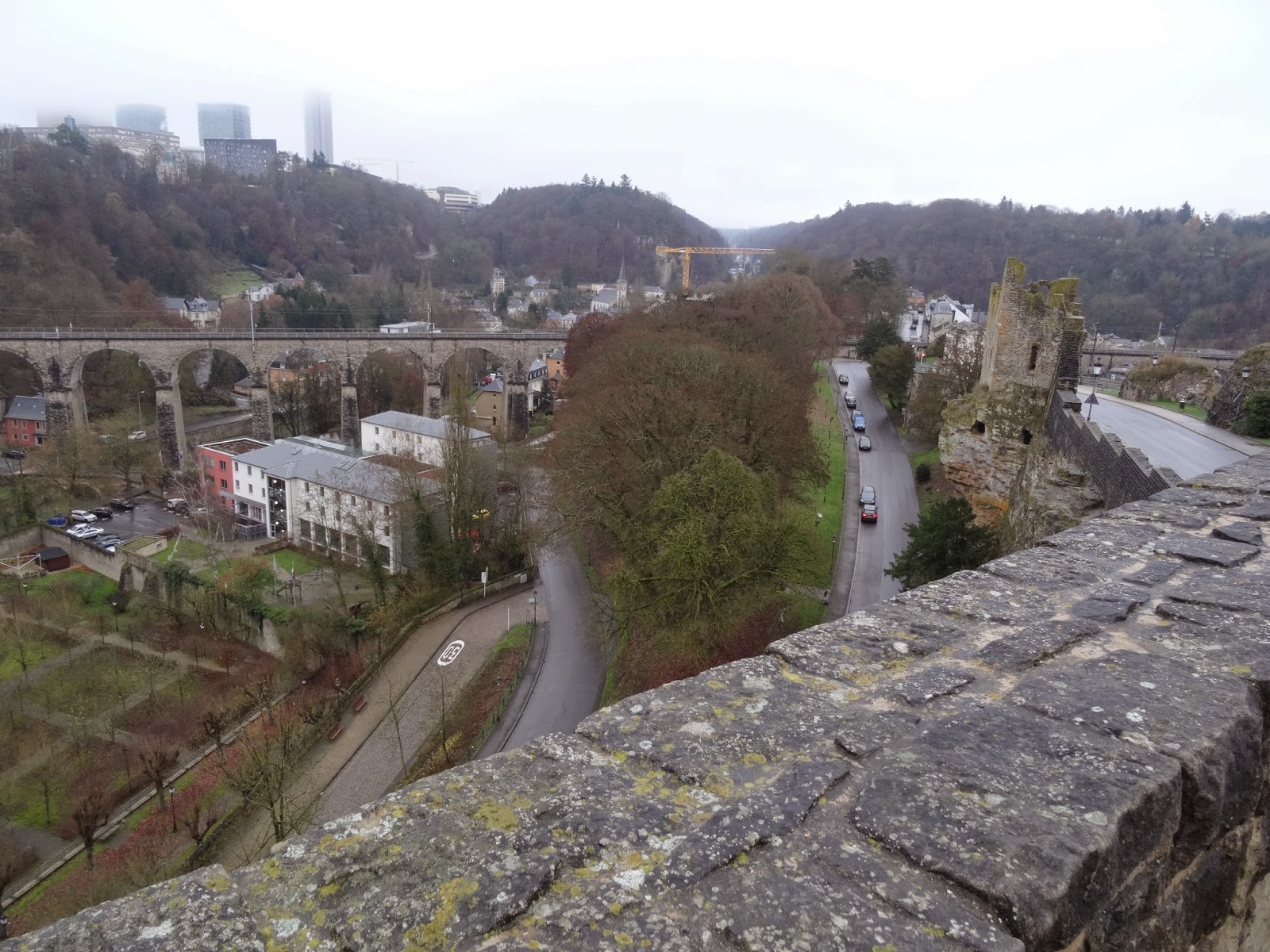 Even on a gray day, the views are scenic thanks to the
combination of the fortifications and bridges as well as
buildings and dramatic natural setting 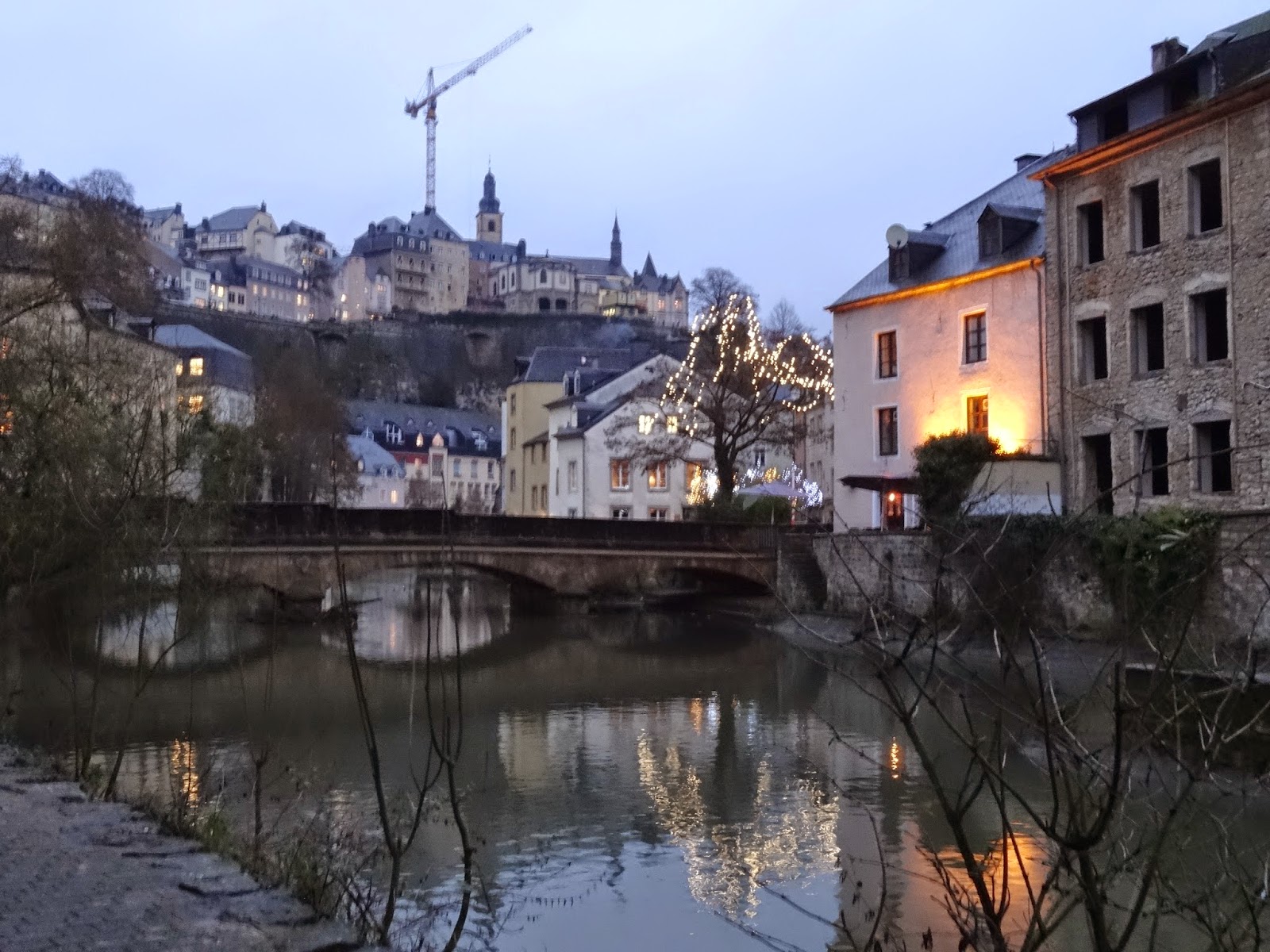 I wish we spent more time exploring the lower sections of the city
that line the Alzette River than we did, if nothing else than
because they did look so very picturesque 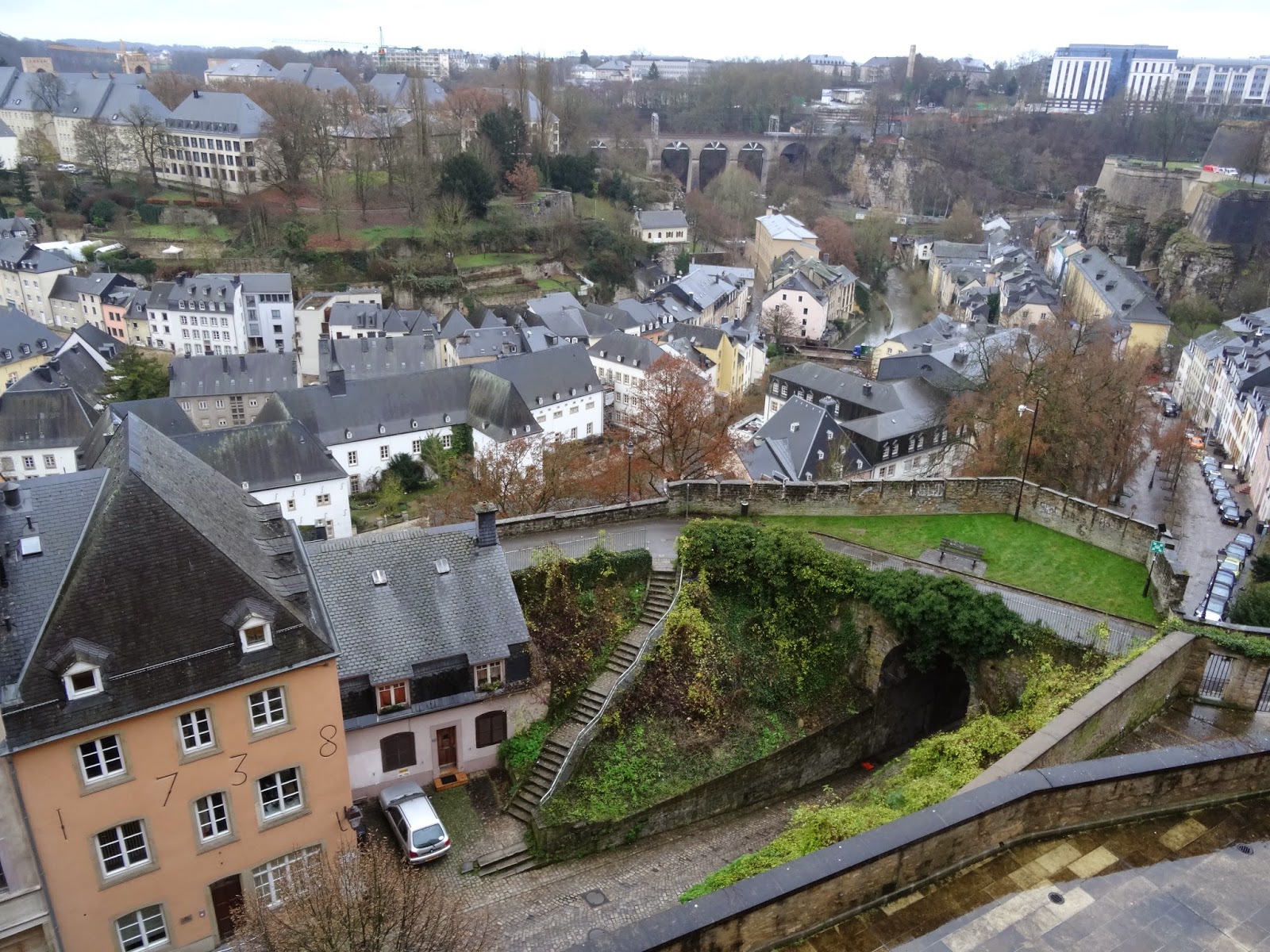 Still, it's not like the upper sections of the city
aren't nice to look at either... :b So, of course Puppet Ponyo wanted to have her photo
taken amidst such splendid surroundings! :)
Posted by YTSL at 11:59 PM

Well, your photos certainly depict enough bridges and fortifications to satisfy anyone interested in those things..I like the tranquil photo of the "lower sections...that line the Alzette River."...I especially like the bottom photo taken from an "upper section" of the city. Certainly Ponyo appears to bask in close-ups taken against impressive backgrounds...And this is one of her most glorious traveler's poses.

The thing I like about having Puppet Ponyo in photos like the ones I took (on gray days) in Luxembourg is that she literally adds some color to them! ;b