In praise of Trier's Liebfrauenkirche (Church of Our Lady) 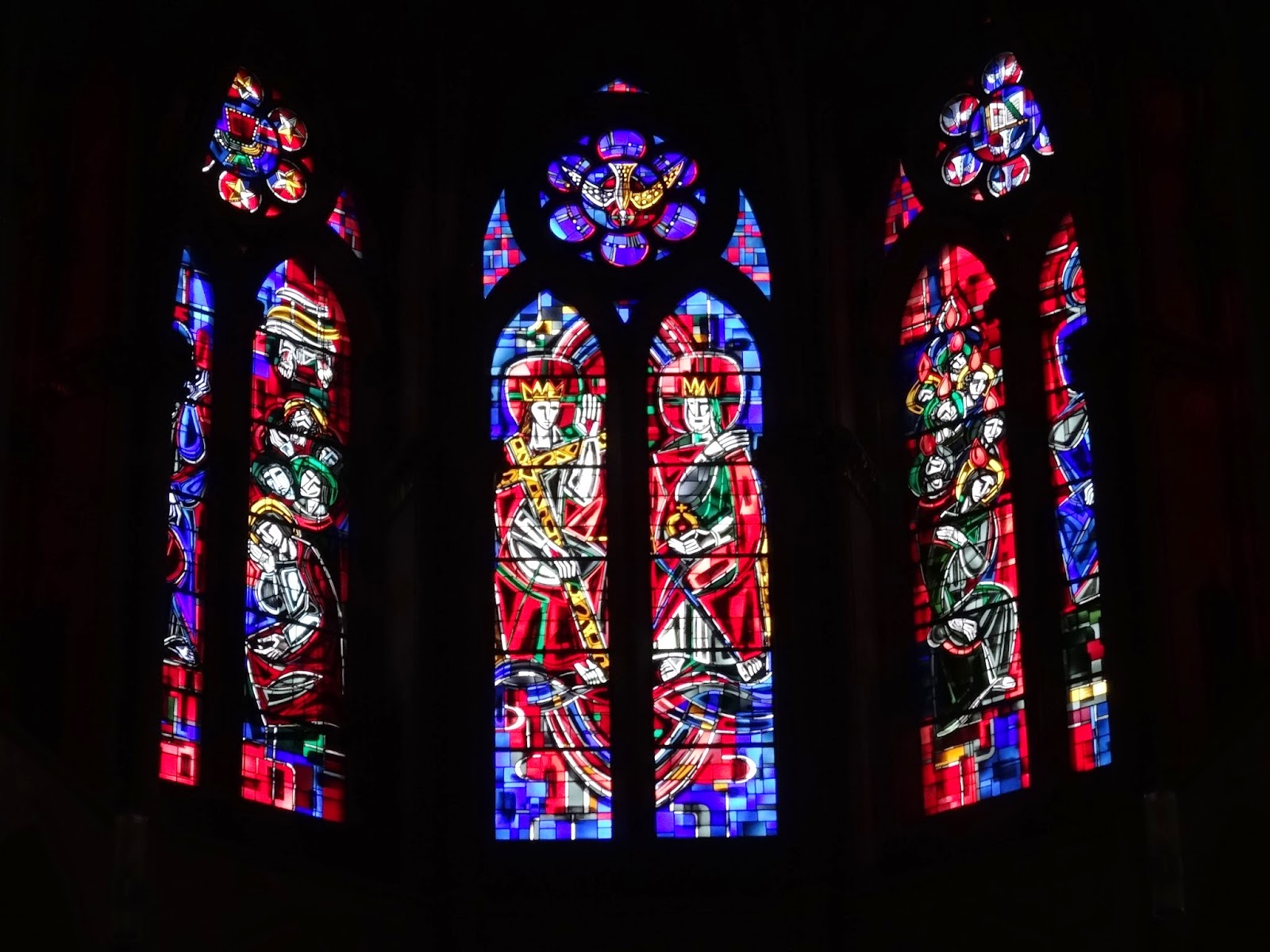 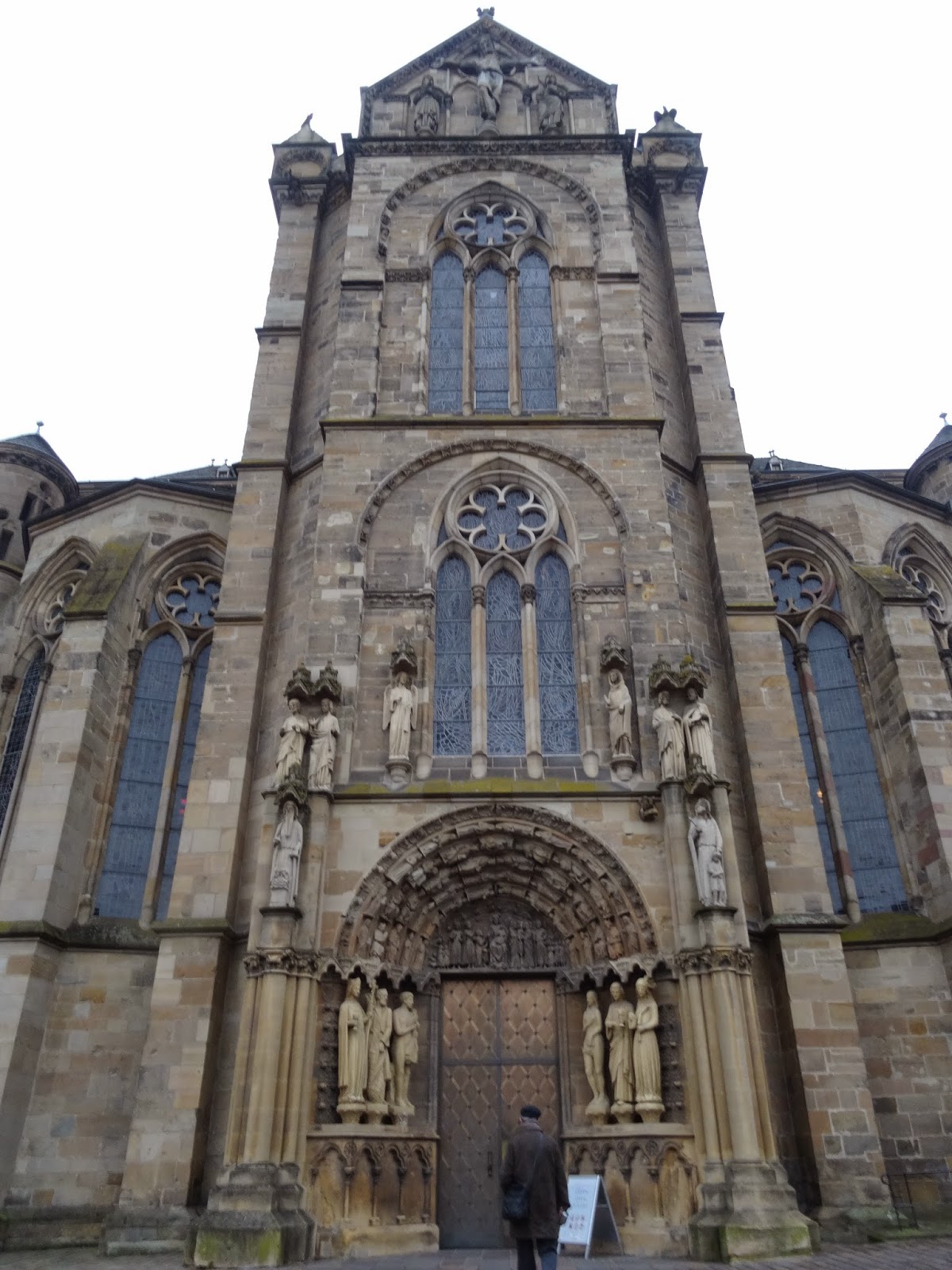 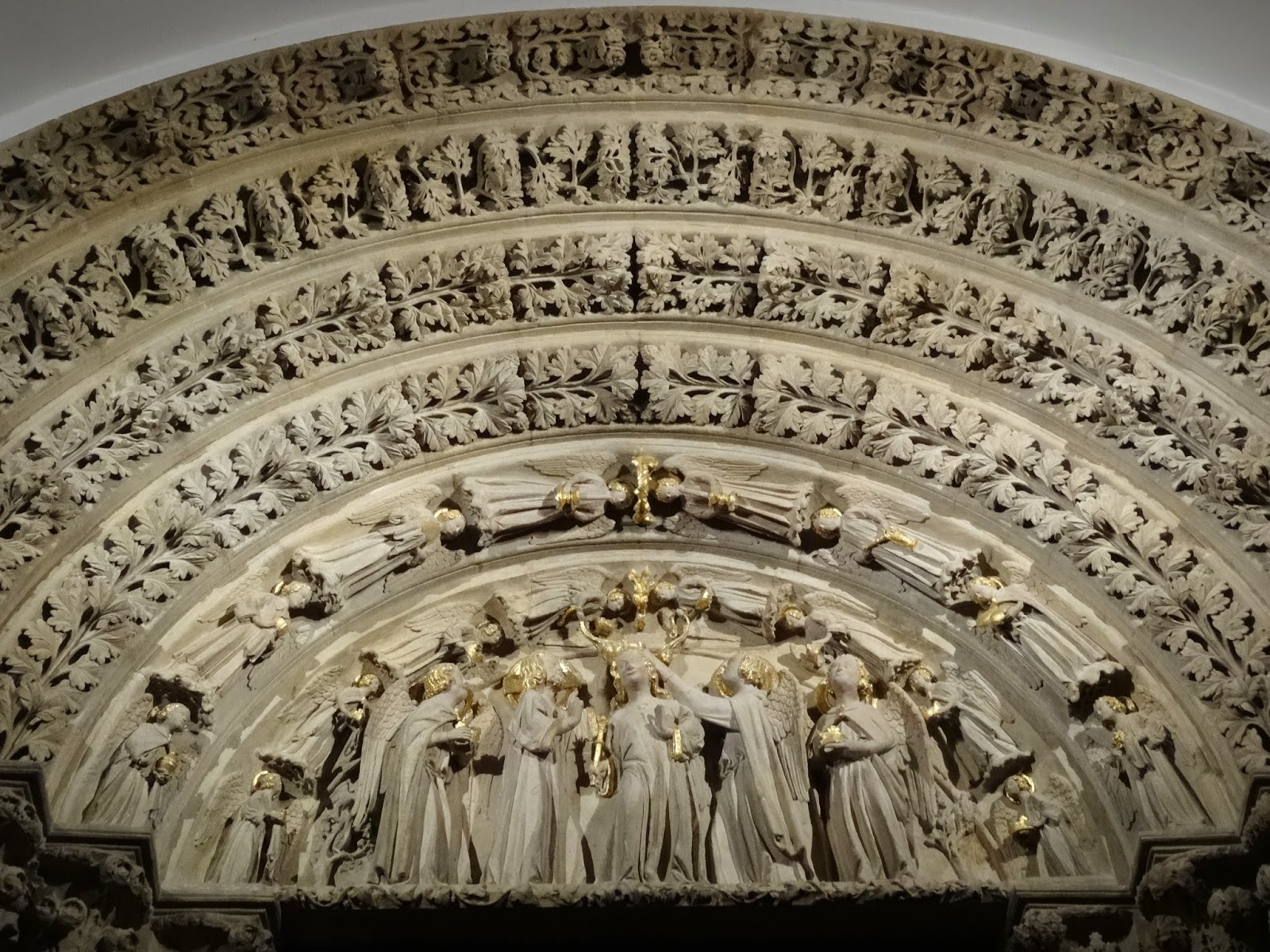 The decorative section above the main entrance
(seen in this blog post's middle photo) is one of the
more visually amazing sections of the church's exterior! :)

It's still half an hour before Christmas as I type this line in this blog post but it felt like Christmas had come early this year for me when I was in Germany (and, also, Luxembourg) earlier this month; this not least because my German friend and I visited our share of Christmas markets, and churches and cathedrals too!

Having learnt on my 2010 German visit that I am liable to get "churched out" if led on an itinerary that includes visits to more than three churches and/or cathedrals in a single day, my German friend and I spaced our visits to these Christian places of worship on my recent vacation.  Thus it was that we ended up visiting the neighboring Trier Cathedral and Liebfrauenkirche on different days.
Both of those places had been on our "must see" list due primarily to their being among Trier's UNESCO World Heritage sites -- but while I had been wowed by the Romanesque cathedral's age and size, I found myself being awed more by the sheer physical beauty of Germany's oldest Gothic church -- and the earliest church built in the French High Gothic Style outside France -- than its age or anything else.
Built in the 13th century, the Liebfrauenkirche is said to have a purity of style as a result of it having taken "only" 30 years to complete.  And while that which stands on the site of a Roman double church did undergo some repair and renovation work after World War II (and had to have all of its stainglass replaced), the original floor plan, said to resemble the 12-petaled rose that's a symbol of the Virgin Mary, remains -- and contributes much to the church's physical attractiveness.

I'm not normally a punny person but I can't resist pointing out that the Liebfrauenkirche's beauty almost floored -- teehee! -- me.  All joking aside, this Gothic church is one of those structures which I am proof that one doesn't have to be a Christian to be able to be appreciative of its aesthetic qualities and very existence.
Posted by YTSL at 11:59 PM

Seasons greetings to you, and happy holidays! :)

I agree with "one doesn't have to be a Christian" to enjoy this impressive Gothic structure for purely architectural and aesthetic reasons.

On the subject of Christianity: received a Christmas day email from my German friend in which she said that the priest at the Christmas church service she attended preached that "we will at the end of our lives surely not be judged by the question of whether we were Christians, Moslems, Hindus, Buddhists or non-Believers, but by questions like 'how did you treat someone, who was a refugee or needed help'."

I say a "hear, hear" to that and add wishes for less racism and ridiculous economic inequality in this world too.