Down but not out in Hong Kong 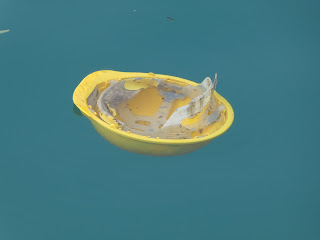 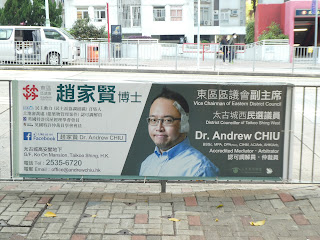 One of many reminders out there of the people behind bars
even though their trial is months from actually beginning
The High Court will resume its hearing of the Department of Justice's appeal against the bail granted to 11 of the 47 pro-democracy politicians and social activists arrested two Sundays ago in batches only this Thursday and Saturday.  In the interim, they -- along with the 32 denied bail by chief magistrate Victor So -- are being held in custody; with some of them (including Joshua Wong, who is already serving time for another "offence") held in solitary confinement, to add to the agony and injustice of it all.
Writing about the 24-year-old political prisoner, Human Rights Watch's executive director, Kenneth Roth, was moved to ask: "Is it vindictiveness or are the authorities so terrified that he'll spread his views to other prisoners?"  Another question that people would like an answer for -- this one more generally pertaining to the proceedings involving the 47 people charged: "given that indeed it's a foregone conclusion - the denial of bail as well as the complete dismantling of Hong Kong's rule of law - why are they bothering with the theatre of courts and trials? Is it for international image? Or a domestic audience? Why?"
With regards to the latter query: the anwer in the minds of many people appear to be along the lines of inflicting a death by a thousand cuts to Hong Kong.  It's also been suggested that the authorities are doing this to maintain the veneer that the integrity of Hong Kong's legal system remains intact -- but if this is the case, they may well be fooling few people besides themselves and those too dimwitted to figure out what's really going on.
At the very least, they're not fooling lawyers like Margaret Ng and, she's written, the defence lawyers in cases like that of the 47 who "could not recognize the place they were in and the procedure they had to follow" last week since "all the things in Hong Kong that we used to know have changed abruptly."  And neither are they able to fool international businessmen, including Yoshitaka Kitao, the chief executive of the company that runs Japan's largest online brokerage, who has gone public about his planning to pull his company's operations out of the southern Chinese city, arguing that "without freedom, there is no financial business".
Kitao also specifically mentions China's security law for Hong Kong as a reason Hong Kong was now "not a good place for financial institutions".  And there is little doubt that the imposition of this law has drastically changed things, in the courtroom and the society at large.
Veteran journalist Ching Cheong's recent piece on "The fall of Hong Kong: China's strategic plan to conquer Hong Kong and purge it of its people" contains the following description of how much destruction has already been wreaked in less than a year:-

Since the implementation of the Hong Kong version of the National Security Law on July 1, 2020, the political situation in Hong Kong has deteriorated rapidly. The loose, liberal and pluralistic atmosphere that prevailed in Hong Kong before its return to China has almost disappeared. The inferior culture of the Chinese Communist Party, such as "snitching on someone," "voicing a political stand," "exposing and denouncing someone" and "swearing allegiance," which are common in mainland China, quickly swept all over Hong Kong.

Once a paradise for political refugees from the mainland, Hong Kong now produces political refugees of its own. Many social groups, in education, trade unions, social welfare institutions, the media and the judiciary, are beginning to feel the pressure of being "investigated." Radio Television Hong Kong's (RTHK) decision to follow the mainland's ban on BBC news programs indirectly announced the change of Hong Kong's previous "one country, two systems" into "one country, one system." Only 23 years after Hong Kong's "return" to a totalitarian regime, it has changed so much, with a lamentably speedy fall.

But if China has its way, you ain't seen nothing yet -- as Ching Cheong chillingly goes on to describe in quite some detail.  For those preferring a more succinct way to understand how much lower it all could go: consider that Freedom House gave Hong Kong a 52 point "partially free" rating this year, and China an abysmally low 9 point "not free" one!
Still, there are people who are not accepting that this all is an inevitability and done deal.  And they include one of the people who had participated in the democratic primaries last July but was not among the 55 people arrested under the security law in January and 47 subsequently charged two Sundays ago, in no small part because he had already left Hong Kong.
Former legislative councillor Ted Hui Chi-fung is in the news again today after it transpired that he's left Britain for Australia "in what he has described as a bid to expand international lobbying efforts on behalf of the city’s pro-democracy movement".  And, as before, he reiterated that he had not migrated even while having gone into exile.  In his own words: "[I]t’s not my determination to settle anywhere in the world because my only home is Hong Kong… as the spirit in the movement, so whenever Hongkongers are needed, I will be there."
Reading about Ted Hui today brought to mind a couple of lines from Richard J. Bernstein's Why Read Hannah Arendt Now, which I read from cover to cover while waiting in line at the West Kowloon Magistrates Court last week: "We must resist the temptation to opt out of politics, to assume that nothing can be done in the face of all its current ugliness and corruption.  To do so is to allow ourselves to become complicit with the worst."
Posted by YTSL at 11:55 PM

I recall the old Communist in Russia or Sovit Union. It was one party system and you voted up or down. Is it like that in Hong Kong?
Political wise we live in strange times.
Coffee is on and stay safe