The 47 pro-democracy politicians and activists charged with subversion yesterday under China's national security law for Hong Kong had a date in court -- specifically, the West Kowloon Magistrates' Court -- today.  Ahead of this happening, constitutional law expert Professor Michael Davis told RTHK’s Hong Kong Today programme that the charges brings Hong Kong into "huge disrepute" and doesn't benefit anyone.  And over the course of the day, something remarkable happened outside the West Kowloon Magistrates Court.
More specifically, a crowd over 1,000 strong gathered to show their support for the people charged and facing life imprisonment for merely organizing or participating in a primary election.  In the words of one of them: "We know we cannot enter, but still we want to show our support...  Hong Kong people are so angry. No other protests can happen, so we come here. The new law forbids everything else."
At 8am, the crowd -- consisting of people who obeyed a call issued last night to wear black today -- was already sizeable.  And it still was so when I got there in the afternoon -- and stayed so until, at around 6pm, when the police came and removed the tape that was used to guide the queue of people officially waiting to get into the court and began hounding people to leave the area in front of the court complex.  For those seeking visual proof of the crowd size and such, here are some photos I took in the time that I was there:- 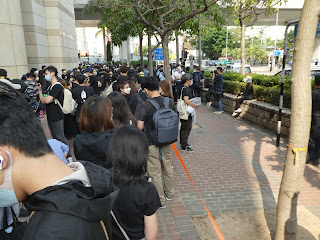 The lines of people stretched from inside the building
to outside it and  around a corner hundreds
of feet away from the building entrance... 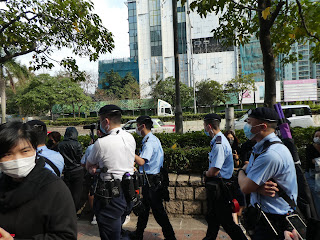 ...and they stayed put even as officers came over
to film and record the faces of those in the crowd 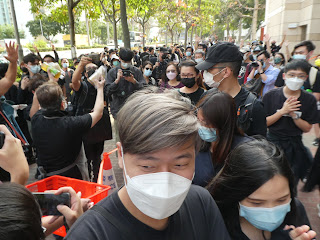 Loud cheers and chants (of "Hong Kong yan, ga yau"
and more) broke out after volunteers came around to
give away free sandwiches and drinks to the waiting crowd 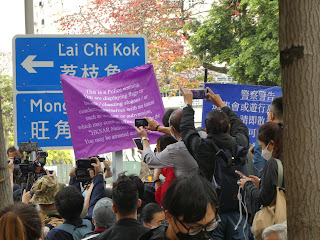 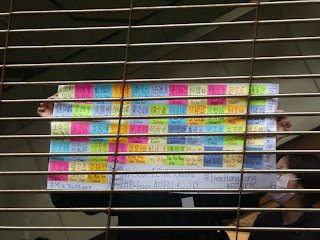 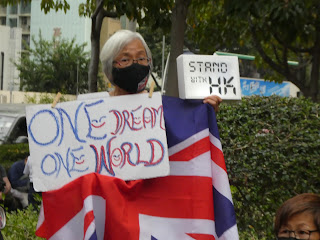 "Grandma" Alexandra Wong with her signs outside 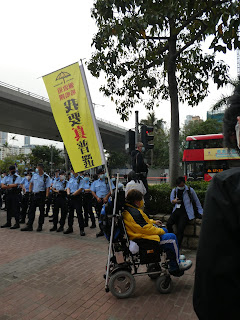 Another familiar face in the crowd, with his
"I want genuine universal suffrage"
Umbrella Movement banner 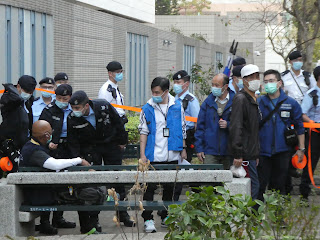 I decided to call it at a day around 6.30pm, when the police started
to clear people away from the area in earnest (and after hearing
that the court would be in session late into the night) -- feeling better
about Hong Kong than I did for much of yesterday and this morning
Posted by YTSL at 11:22 PM