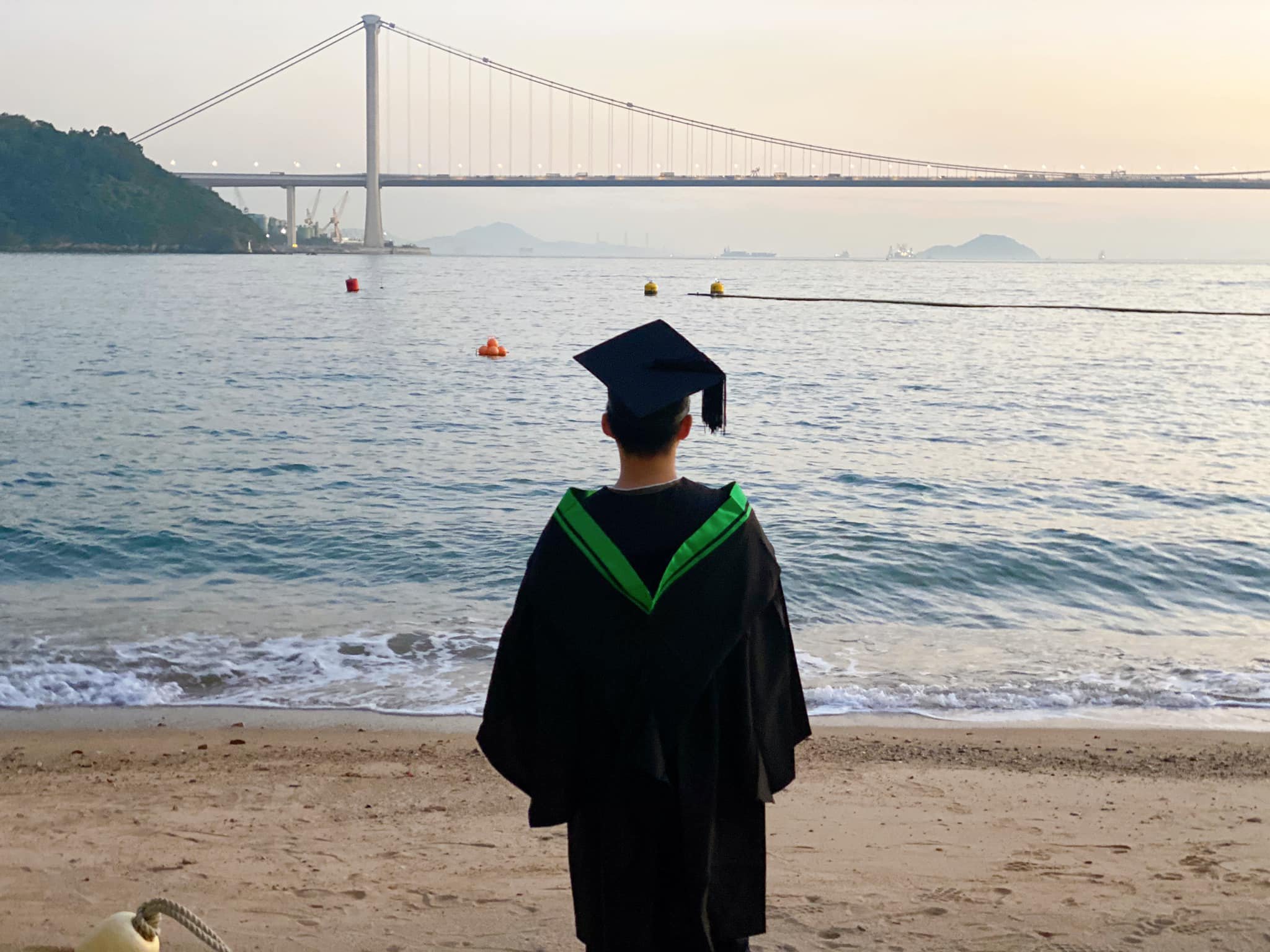 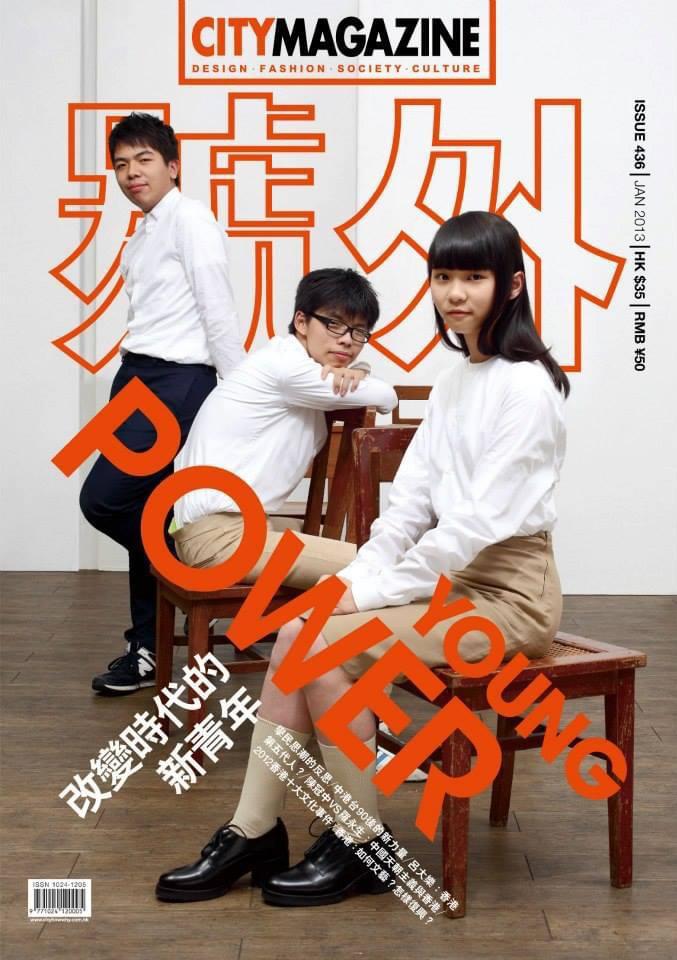 From January 2013: Ivan Lam, Joshua Wong
and Agnes Chow on the cover of City Magazine
Shortly after I finished blogging late last night, I learnt that Joshua Wong had put out a message -- in English on Twitter, and in Chinese on Facebook -- about his, Agnes Chow and Ivan Lam's decision to plead guilty to charges of illegal assembly in court this morning.  He stands to be imprisoned for up to 5 years for essentially pleading guilty to being an activist and to protesting (although I've also seen the maximum sentence mentioned for all of them as being three years).  Immediate detention is likely for all of them.
The following are excerpts from his message (which consists of an 11-Tweet thread on Twitter beginning here):-

Ever since the outbreak of the movement last year, when the smell of tear gas has become our collective memory, I always remember what one of Hong Kong activists, @BrianLeungKP, said, “More than language and values we share, what connects all the Hongkongers is the pain.”

Hence, despite possible jail sentences ahead, it is my honour to stand with each of you from the very beginning, fight shoulder to shoulder, and bring our voices to the world. Nevertheless, whatever storm we might face, I always have my faith in my fellow Hongkongers...

“We rejoice in our sufferings,” Romans 5:3-4 reads, “knowing that suffering produces endurance. and endurance produces character, and character produces hope.” Once sown, seeds will one day sprout. Weary and distraught as some of you might feel, please have each others’ backs.

Cages may lock up our bodies, but never our unwavering souls. One day our indomitable will return and make us assemble again.

Reading his message, I can't help but feel that Joshua Wong and his comrades are effectively stating their willingness to be martyrs for the Hong Kong pro-democracy cause.  Much as I respect and admire his (their) resolve, this still all makes me really sad.

For one thing, I don't believe that advocates and practitioners of peaceful protest deserve to go to jail and for as long as this trio are likely to do so.  For another, this triumvirate are surely too young to have to shoulder so much burden and responsibility.

One of the photos Joshua Wong posted in that Twitter thread I quoted above serves as a reminder that he just graduated from university this year; as did Agnes Chow. A political activist since he was a young teenager, he has been imprisoned twice already. Joshua Wong now still is only 24 years old; Agnes Chow is 23 years of age; and Ivan Lam is 26 years old.

At today's hearing, after the trio lodged their guilty plea, they were denied bail and remanded into custody.  They are expected to be sentenced two Wednesdays from now, on December 2nd.  December 2nd also happens to be the day that Agnes Chow is (was) supposed to report to the police for her separate national security law charge and the eve of her 24th birthday.  It's further worth noting that, unlike Wong and Lam, this would be Chow's first time in prison if the judge does decide that her "crimes" of "inciting people to join an unauthorised assembly" back on June 21st, 2019, and "taking part in the assembly".

With his Twitter account "managed by friends" while he's in custody, another message was posted in Joshua Wong's name today.  The following is how it reads in its entirety:-

[MSG IN CUSTODY] 1. Comparing to [our being] remanded, #save12hkyouths in China deserves more of our attention. Today marks the 93rd day of their detention. Their families finally received letters from the dozen, signifying that they are still alive. #SAVE12 campaign managed pressure China.
2. But from the content of the letters, they might have been tortured until they agreed to make forced confessions, saying they had appointed lawyers assigned by the authorities, saying they regretted taking part in activism.
3. I wish to pay tributes to our fellow activists who are about to face trials and prison, or to whom in distress for not being able to return home: We're not fearless, but you are the braver ones.
4. What we are doing now is to explain the value of freedom to the world, through our compassion to whom we love, so much that we are willing to sacrifice the freedom of our own. I'm still learning to conquer the fear and I believe you are with me along this journey.