One of the things I do to de-stress is to go out into the countryside for a hike.  But despite my feeling psychological urges to do so (as a result of recent events in Hong Kong causing me to worry so much about the future), I've not gone hiking in recent weeks for a number of reasons, including: the weather having turned super hot; my having spent quite a bit of time and energy doing other stuff; and my havin come down with prickly heat as a result of having been out in the sun doing that other stuff.

On the evening of a day of calm (especially compared to what's happened this past month, including much of yesterday), here's trying to relax by looking back and sharing images and recollections from a Lantau Island hike with a friend some time back, during which my biggest worries involved potentially running smack into giant spiders and being run over by mountain bikers illicitly going along a trail designated for hikers... 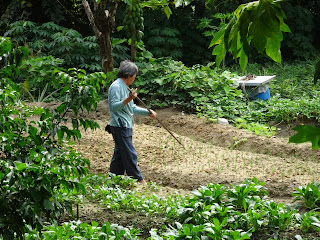 Yes, there still are parts of Hong Kong which is not only
countryside but where farming takes place :b 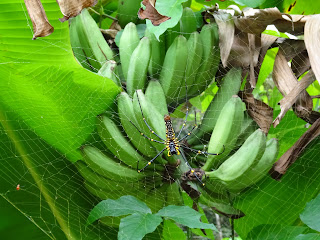 No, I was not kidding about the giant spider encounters... ;( 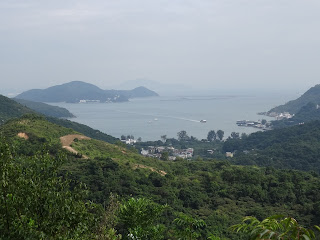 Even on a day without super high visibility, the view from
the hills down to Mui Wo is worth pausing to drink in :) 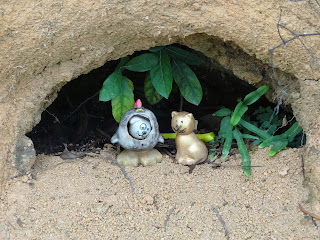 Spotted along the way -- yes, really! 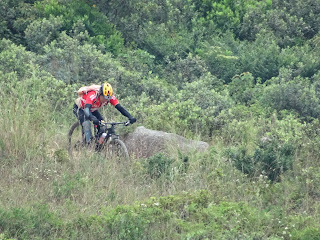 And here's that other menace: one of those mountain bikers
who couldn't resist going along this hilly hiking trail :S 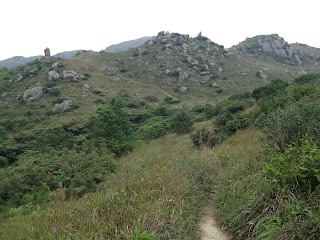 If truth be told, I can't blame them for also wanting to
spend time in, and check out, scenic areas like this 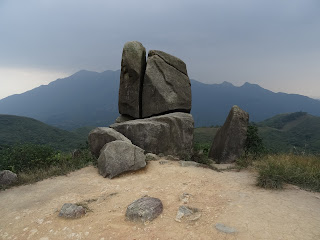 Yes, this really is in Hong Kong! :b 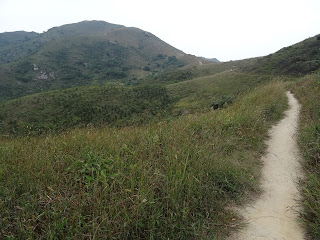 More specifically, this is the Lo Fu Tau Country Trail :)
Posted by YTSL at 11:24 PM

Hikes are great way to get away from it all. My youngest son and his family is coming to visit tomorrow and we planing a hike. Hope to share the adventure the up coming week.
Coffee is on

I hope you have a good hike and great time with your youngest son and his family!