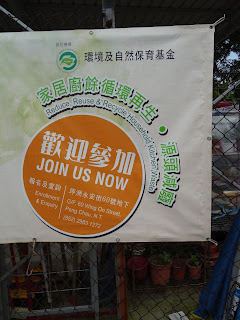 Let's do our bit to help save the planet!


Climate change is real.  And the climate change the world is currently experiencing is human-made.   The likes of Donald Trump may continue to deny this but it's my belief that most sane and intelligent people accept this as a matter of course these days; especially if they live in places like Hong Kong, which definitely has been feeling the effects of it in terms of record low winter temperatures, record high summer temperatures and such being documented in recent years.


So rather than argue about whether climate change is indeed taking place, it's high time that we look for ways to combat it -- and spread the news and practice of the ways in which various people around the world are attempting to make the world a better place ecologically (and, often in the process, socio economically and -politically too).  That, essentially, is the message and focus of Cyril Dion and Melanie Laurent's César-award-winning Tomorrow (known as Demain in the filmmakers' native French).


A documentary made by people who wear their heart on their sleeves and actively seek to inspire, Tomorrow came about after its makers learnt of an announcement by Stanford University biologist Elizabeth Hadly and University of California-Berkeley paleontologist Anthony Barnosky in international scientific journal Nature regarding rising temperatures and population increases leading to the possible extinction of much of humankind before the end of this century.  Rather than sink into despair and paralysis, Dion, Laurent and their friends decided to mount an investigation to figure out what factors and actions would lead to this outcome, and how it can be stalled, even outright avoided.  And being the film folks that they are, they went on to make a film about this.


Wide-ranging and globe-trotting, their Tomorrow looks at the actions that certain individuals and communities in ten different countries (only one of which is in Asia) have undertaken that, taken by themselves, may seem small and not particularly powerful, yet have already had a surprisingly strong impact on their (part of the) world.  Among the various people and organizations pointed out as exemplars are: a former lawyer and her ex-sailor spouse turned organic farmers who combined practices they learnt in Cuba, Japan, the USA and France itself to make their small piece of land in Normandy produce incredible abundance; and a company that's played a big part in San Francisco currently being able to redirect 80% of its buried waste towards recycling, re-using and composting, and the city having a stated goal of being able to recycle 100% of waste by 2020.


Admittedly, Tomorrow can get overly "new age-y" at times; with a musical score that's so determinedly upbeat that it can inadvertently grate, and the showcasing of a Finnish elementary school that might seem enlightened and empowering to those who buy into its ultra-liberal philosophy but chaotic and crazy to more conservative others.  (I'm also not quite sure how the particular form of teaching and learning methods espoused can help us combat climate change.)


More seriously: I must admit to feeling somewhat uncomfortable by the preponderance of Caucasians in the picture; this especially since the avowedly "feel good" documentary's team does look to have gone out of its way to not stay within the Francophone part of the world.  To be sure, it was good to have the film include coverage of black as well as white urban farmers making use of vacant plots of land in inner city Detroit to grow healthy food for the local populace, and an Indian village whose former mayor has succeeded in getting members of different castes to work and also live together.  I just wanted to have more representation from beyond the West -- particularly the white West -- in what is, after all, a film infused with humanistic ideals.


These quibbles aside, the crux of the matter is that Tomorrow succeeds in spades in showing that cool and wonderful solutions really are out there, and being enacted by certain individuals and communities.  Among the most inspirational for me was the French envelope producing company whose CEO (Emmanuel Druon) has not only succeeded in making his company more productive even while greener, but also does good by his employees along with the environment.


Then there's what's shown taking place in the English town of Totnes, with its complementary local currency, growing of plants in seemingly every nook and cranny of spare public space, and other innovative methods conjured up to deal with issues of peak oil along with climactic changes.  Perhaps the greatest compliment I could make about all this is that it made me almost want to move there -- or, at least, sincerely wish that so much of what's been done in that corner of Devon could be implemented here in the Big Lychee!