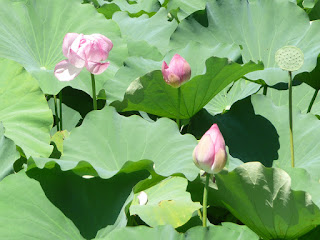 
Many years ago, when I was a boarding school student in England, I watched my first ever film from Japan at an art house cinema in London over half term.  Suffice to say that I found Akira Kurosawa's Ran (1985) to be a real revelation -- and from that point onwards, whenever I got a chance to see anything by the master auteur on a big screen, I leapt at the chance to do so.  Still, it wasn't until just a couple weeks ago that I finally got to view Sanshiro Sugata, a black and white offering centering on a powerful Meiji era martial artist that was made when the legendary filmmaker was just 33 years old.


Because this tale of a warrior's spiritual journey and coming of age wasn't only Akira Kurosawa's first film as a director but also made in the middle of World War Two, I have to admit to going into its screening with lower expectations than I normally would have of a cinematic work by the filmmaking great.  However, my hopes plummeted down even more upon seeing the following words appear on the screen before the actual movie got going:-


"This film has been modified from the original version of Akira Kurosawa's debut film, which opened in 1943, without consulting the director or the production staff. 1,845 feet of footage was cut in 1944 to comply with the government's wartime entertainment policies. As much as we'd like to show the original version, we are not able to locate the cut footage. Yet we strongly believe this modified version is worthy of re-release. We thank you for understanding the circumstances surrounding the re-release of this film. April 1952, Toho Company, Ltd."


There's no doubt about it: one can't help but wonder what was cut out of Sanshiro Sugata when one watches this censored version of the film.  And one can't but suspect that certain missing scenes, especially early on in this 79-minute-length movie, have made the plot exposition less smooth and logical than it ought to be.


At the same time, however, the overall storyline remains easy enough to follow.  In a nutshell, a physically impressive but intellectually immature young man named Sanshiro Sugata (and played by Susuma Fujita) becomes the disciple of Shogoro Yano (Denjiro Ookouchi), a pioneering teacher of judo -- which he considers to be more efficient and superior to the traditional martial art form known as jujutsu.  After he learns to curb his hot temper and understands better the philosophy behind -- rather than just techniques of -- judo, Sanshiro is chosen to be his school's representative in organized duels against jujutsu exponents (including a veteran master (Takashi Shimura), whose lovely daughter (Yukiko Todoroki) worries will meet his death at the hands of Sanshiro).


Akira Kurosawa makes time in the film to philosophize, observe changes in the weather and a lotus flower bloom, behold beauty in the face of a maiden at prayer, and see love blossom between two good-hearted individuals.  But even while it has a morality tale to tell, Sanshiro Sugata still is a martial arts movie at heart: complete with a well-meaning good guy and a bad-intentioned moustachioed villain (Ryunosuke Tsukigata); and possessing plenty of fight scenes that are imaginatively envisioned and filmed.


Funnily, while all of the martial arts action in which Sanshiro has a prominent part is impressive, I actually like the first fight shown in the film -- in which he is just a bystander -- best due to its containing the largest element of surprise.  And more than 70 years after it was first released, Sanshiro Sugata proves capable of surprising to a greater degree than one might expect: since, against the odds, it's managed to be a far better film than a Japanese movie made in 1943 and considerably cut by those who didn't have a hand in making it should have any right to be!